If you’re into cryptozoology, the study of unknown mystery creatures, the Pennsylvania Wilds is a good place to visit. The forests are packed with Bigfoot sightings, and there are water monsters, too, such as the Susquehanna Seal said to inhabit the West Branch Susquehanna. And if you happen to be looking for this sort of thing, make sure you also look up.

There have been sightings of Thunderbirds, too.

Thunderbirds are a legend going back to the Native Americans. These oversized birds were said to hide out in the forest, and if one was spotted, it meant there was a storm on the way. Over the last hundred years or so, there have still been sightings along the I-80 Frontier, Pine Creek Valley, Dark Skies, and Elk Country landscapes of the Pennsylvania Wilds.

Robert Lyman’s book “Amazing Indeed” lists several of these, going back as far as the 1800s. (The book even shows a Thunderbird on the cover.) A woman named Elvira Coates remembered hearing tales of the Thunderbirds from the local Native Americans who lived in Potter County when she was a girl. Another witness, Lewis Sheldon, was an early pioneer of Potter County. He claimed to have seen flocks of five or six Thunderbirds at a time. 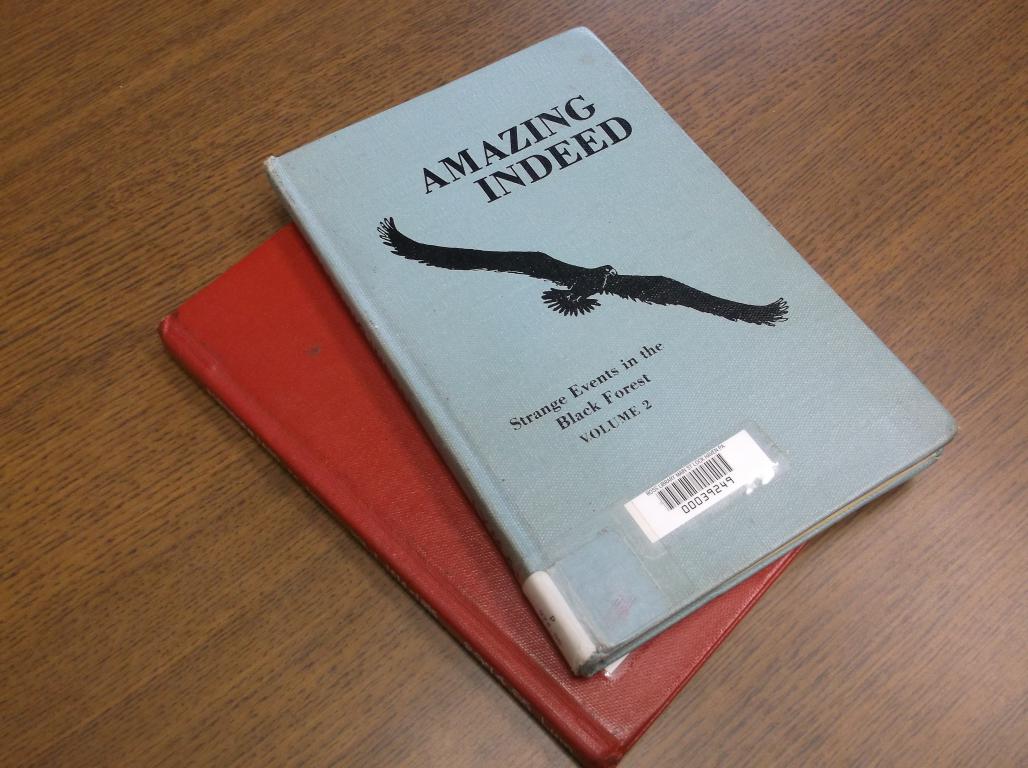 In 1892, a man named Fred Murray reported seeing a flock near Dent’s Run, in Cameron County. He described them as being like buzzards, but much larger, with 16-foot wingspans. And in the mid-1900s, a Thunderbird that was compared to the size of a plane was seen near Jersey Shore, Lycoming County.

In more recent times, Thunderbirds have been spotted in Clinton County. In the summer of 2010, a “large bird with a very long beak” was seen near the Coudersport Pike, north of Lock Haven, by two witnesses. A subsequent investigation turned up no further sightings. In June of 2012, two girls saw a Thunderbird while camping in Chapman Township. The bird, which was estimated at a 14-foot wingspan and had no feathers on its head, swooped low over the camp, causing the younger girl to run crying into the cabin.

“I know people think I’m strange when I talk about it,” said the older girl, “but it was real.”

The biggest champion of the Thunderbirds was Hiram Cranmer, a retired postmaster who lived in Leidy Township, Clinton County.  (Photo at right courtesy of the Ross Library.)

Cranmer was a sort of connoisseur of the weird, often discussing ghosts, UFOs, and monsters. He claimed to have seen his first Thunderbird in 1922, and four others after that. They had a tendency to inhabit northern Clinton County and southern Potter County, which, to be fair, is a pretty remote area. A large flock of Thunderbirds could be pretty easily hiding up there.

Once, there was even said to have been a photo of a Thunderbird. According to the story, some men managed to kill one, nail it to a barn, and take a black-and-white photo while they posed in front of it. The photo, now missing, has become known as the “Lost Thunderbird Photo,” and is itself a story of legend. It may have ended with Cranmer. 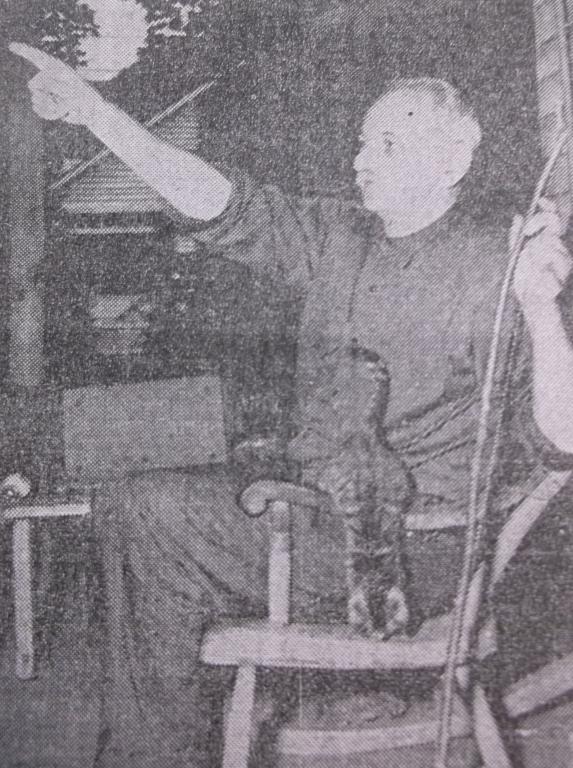 Researcher Ivan Sanderson claimed to have left the photo with Cranmer when he visited in 1963. Cranmer died when his house burned down in 1967, possibly taking the Thunderbird photo with it. In Lyman’s book, he hints at this as well, mentioning that the photo “burned in a home.”

If you go looking for Thunderbirds, visit the site and interview any recent witnesses. Take along your camera, binoculars, and a map of the area, and find a big, open space with a good view of the skies and nearby areas. Keep an open mind, but always consider the possibility of a hoax.

There are mysteries out there, strange creatures that have not yet been discovered. And in the Pennsylvania Wilds, the sky is as mysterious a place as anywhere else.