There are plenty of fascinating places to explore in the Pennsylvania Wilds. If you like getting out to new and exciting locations, the PA Wilds is the place for you. Just look at all the interesting places to see: the Kinzua Bridge, the Elk Scenic Drive, the Austin Dam, the North Pole, Cherry Springs State Park….

What? Oh, you hadn’t heard of the North Pole being in the Pennsylvania Wilds? Let me tell you about that.

Specifically, it was in the Dark Skies Landscape, very near the dividing line of Clinton and Potter Counties. It was briefly discovered there in 1904 and it didn’t stay for long.

This all dates back to a historic incident that was reported in the Clinton Republican on February 24, 1904. The headline was “Discovered North Pole Near Hyner: A Strange And Startling Experience on an Exceedingly Cold Winter Night.”

The incident began with C.A. Simpson, who was a superintendent with the Hyner Run Railroad. As the name suggested, the railroad began at Hyner, and ran north into Potter County. Simpson had a home up along the railroad tracks, about ten miles north of Hyner in some remote forest area. Simpson was asleep one night when he heard a noise, according to the article. He described it to the newspaper as “strange and unearthly sounds, as of a huge glacier grinding down against the earth.”

Simpson decided two things: first, that the noise would be worth investigating, and second, that it was too cold to sleep anyway. So he went out and rounded up a few of the local lumbermen, who didn’t appear to mind being awakened for dubious reasons. And together, they went out to investigate the source of the sound. The Republican reported, “Thoroughly armed and equipped for emergency or adventure, they started out in the face of the most biting, bitter cold ever experienced in this section.”

They’d hiked about a mile when they discovered it: The North Pole. Don’t question it. The newspaper gave very few details on how the men knew it to be the North Pole, or what exactly they were thinking.

“At last the philosophical explanation is had for the anomalous winter,” the newspaper reported. “The North Pole had slipped and slidden down, down across the now frozen (once ‘open’) Polar seas, thence across British America and Canada, thence across Potter County, and had stopped just 11 and a half geographical miles north of Hyner.” 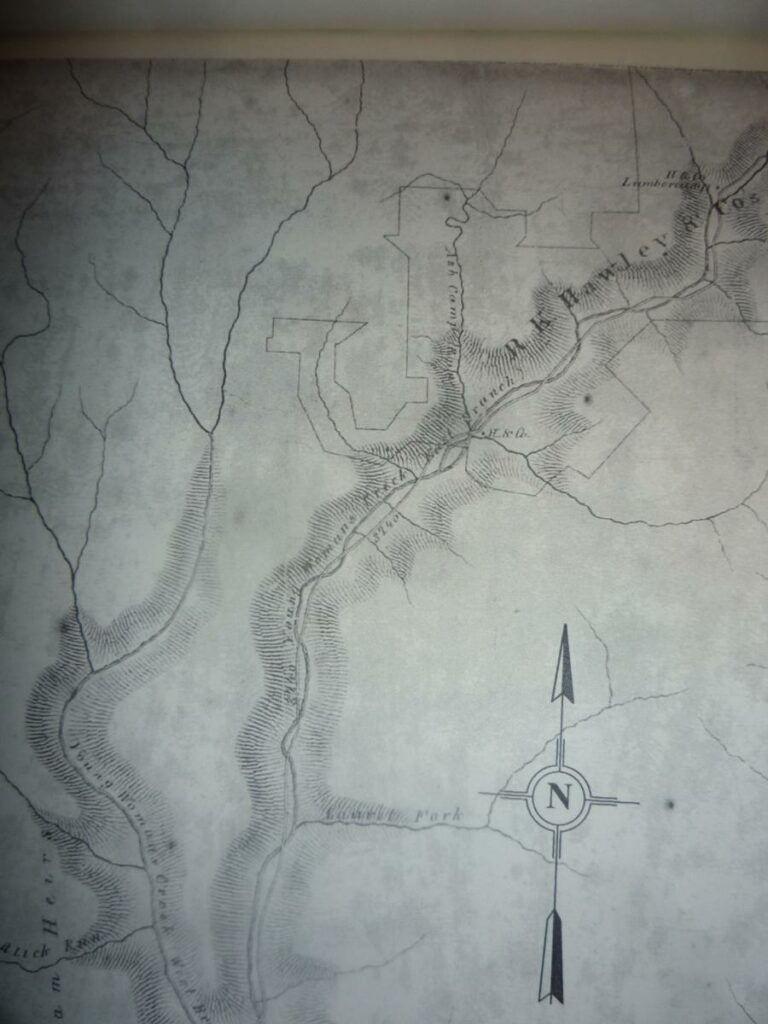 The men celebrated their discovery by passing around a bottle of whiskey, and I’m going to go out on a limb here and guess that it wasn’t their first one that night. Then Simpson climbed a tree, tied a ribbon around the top, and claimed the North Pole. As one does.

Simpson contacted the Clinton Republican in the morning and told them the story. Like the average newspaper in those days, the Republican was likely experiencing both a slow news day and an appeal to their weird sense of humor, and they ran the article on the front page, forever immortalizing C.A. Simpson as the only guy in history to ever find the North Pole in central Pennsylvania.

The description of the location puts it in northern Clinton County, not far west of present-day Route 44.  It’s on page 27 of the PA Wilds Outdoor Discovery Atlas, if you’re interested. If you happen to be visiting the area, you could start with a trip to Hyner View State Park, hike the Black Forest Trail for a while, and look for the North Pole while you’re there. Hey, it happened once; it could happen again. 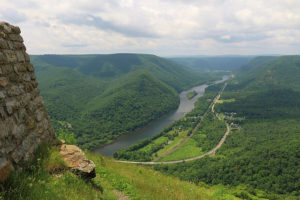