Seal of Approval: The Monster of the Susquehanna

Recently, I had the honor of giving a talk up at Kettle Creek State Park for about the fourth year in a row. I love Kettle Creek. Up on the northern end of Clinton County and nearly at the center of the Pennsylvania Wilds, it’s located right on the border of the Dark Skies and Elk Country landscapes. It’s a terrific spot for camping and hiking. The creek was settled in the 1700s, and there are several varying explanations for how it got its name.

I was talking about the Native Americans in the area during my presentation. And I also spoke about an old legend credited to them, a monster in the river. After the talk, I got the chance to look for it myself, staying overnight.

It’s a legend dating back over a century: a weird, barely-seen monster living in the Susquehanna River. It was known as the Kettle Creek Monster, the West Branch Dugong, or, as I prefer, the Susquehanna Seal.

Most of the information comes from an article in the Daily Democrat from February 27, 1897. The article described the travels of a creature that existed back in the days before the valley was settled. It was said to have swum into the Susquehanna River during a time of high waters, possibly an unrecorded flood. Finding prey plentiful, it continued to swim upstream until it got stuck along the Susquehanna, now limited to the area between present-day Lock Haven and Kettle Creek.

The article didn’t contain much of a physical description. It was said to be a “marine animal or sea monster,” but very little else was described. Mostly it just stayed underwater, unseen. Size was the only actual physical description in the article, which mentioned that it was big, “the bulk of an ox or hippopotamus. (Depiction at right provided by Taylor Garner.)

Some people seem to have speculated on the species of this creature. Some thought it was a cuttlefish or sea lion, perhaps some sort of shark or whale. Some speculated that it was a dinosaur left over from prehistoric times — a labyrinthodon, ichthyosaurus, or hadrosaurus were possible ideas pitched for this. 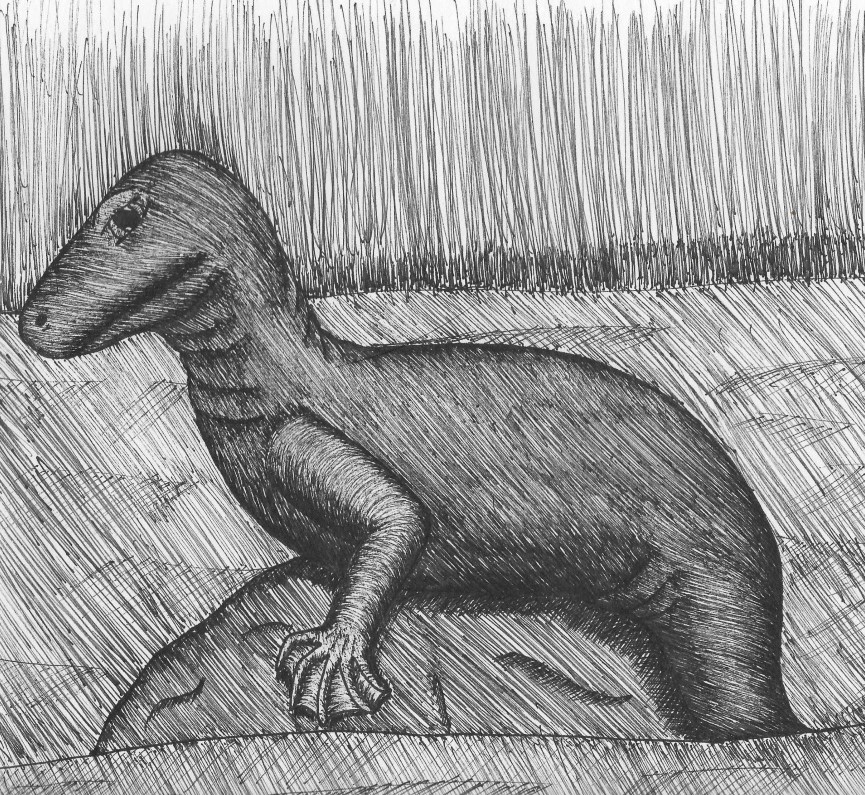 The article mentioned that it was “terrible,” and further commented that it was like something out of a Jules Verne story. The article said, “He was not the form or image of anything else on earth,” speculating that it may not have actually been trapped in the river, but swimming back and forth to the ocean through a series of underground caverns. It was definitely audible, however, making noise at night; people reported hearing it howl and thrash in the dark. The Democrat said,”Those who have crossed the animal’s path heard its terrible roar, his disturbing the waters and lashing them into a foam.”

The Susquehanna Seal sightings seem to have dropped off a bit in the later part of the 1800s. According to the article, this caused a difference in opinion among the locals. Some assumed this meant it had died, or perhaps escaped back to the ocean during the 1889 flood. Other people insisted that it was just lying low for a while, maybe using that series of caves and tunnels that had been considered.

Many people, however, believed that the Susquehanna Seal was still out there, swimming the waters of Clinton County. Lumber rafts that spilled or overturned frequently were blamed on the creature, which was said to still be swimming around and looking for prey.

“So it appears that the existence in the present day of the dugong in the dark, deep water down in his pebbly bed beside the big, black rocks, is a mooted question,” the article said, “with some arguing for and some against his existence. No one seems willing to investigate for himself, as the water is said to be of great depth, so that it would be accompanied with great danger, for the dugong is said to be a man eater.”

What was (or is) the Susquehanna Seal? A trapped ocean animal? A dinosaur? Some unknown beast? Just a fanciful myth? Nobody ever found out.

As for my own investigation… I watched the creek with binoculars, looking for the Susquehanna Seal. After my son was in bed, I took a walk along the creek, listening for noises. I heard a couple of bullfrogs. I tested the water, which was the right pH to support life, which was not surprising, as we’d been seeing frogs, fish, and a heron all day.

I didn’t spot any monsters. But it was well worth the trip anyway. The legends are right about one thing: There’s a lot of adventure and mystery up there.

Kettle Creek State Park is located in Leidy Township, Clinton County. More information about the park, managed by the PA Department of Conservation & Natural Resources, can be found here or by calling 570-923-6004.