The Legacy of the Underground Railroad in the Pennsylvania Wilds

People get funny ideas about the Underground Railroad.

It’s not hard to see why. The Underground Railroad was neither literally underground nor a railroad, but people don’t always realize that. It’s important to remember that the Underground Railroad did not involve tunnels and trap doors, in spite of what the movies tell you. That sort of thing makes a dramatic story, but generally turns out not to be true.

So often, people decide a house was on the Underground Railroad because they found some sort of tunnel or secret room there. This turns out to be embarrassing for them when they find out that the house was actually built in 1925.

The Underground Railroad was actually just a series of sites and brave people to run them. And there were plenty of them in the Pennsylvania Wilds area, especially along what is today known as the I-80 Frontier.

In Lycoming County, there was Daniel Hughes.

Hughes was described as a big man, seven feet tall and three hundred pounds. His home stood along present-day Freedom Road, and he was said to have used it as a stop on the Underground Railroad. Not only did he provide escaped slaves with food, clothing, and medical treatment, but he also transported them on his lumber boats. According to one story, a sick slave spent a year and a half recovering at Hughes’s home.

A small cemetery still remains at the site, with a historic marker. This is along Freedom Road, just off of Blooming Grove Road, north of Williamsport. The land for the cemetery was donated by Daniel Hughes himself.

Because of the high population of Quakers at the time, escaped slaves also ran through Jefferson and Clearfield Counties on several different routes. One of these ran from Bellefonte in Centre County to Clearfield, and then on to Brookville.

Maria was a free African-American woman who owned land in Lock Haven, and is buried in Highland Cemetery.

Her obituary talks about her having sheltered slaves in her home, and states that 17 was her personal record. Maria’s home on Water Street is shown on walking tours of Lock Haven throughout the summer, given by the Ross Library. (For information, contact the library at 570-748-3321.) 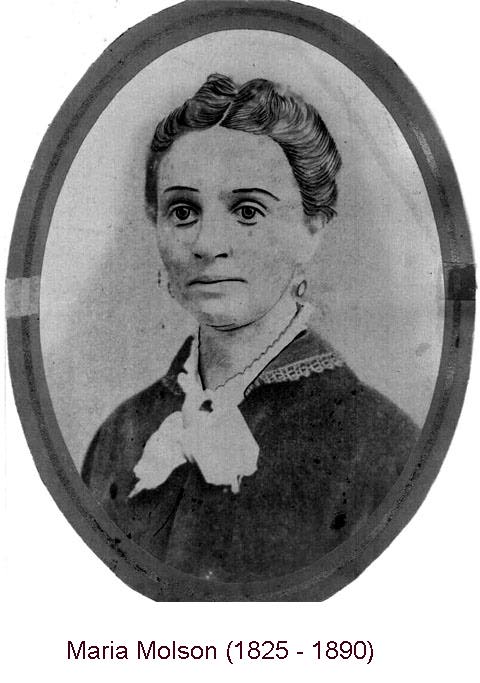 From Lock Haven, fugitives would go north along the West Branch Susquehanna River toward the northern part of Clinton County. Many of them settled on present-day Hickory Hill, under the assumption that it was remote enough to be safe. Several cemeteries, such as the Gaines and the Schmoke Cemeteries, are populated with escaped slaves and their descendants.

Many of these sites still exist, to some extent. The properties, some of the buildings, the routes…. It can all still be discovered and viewed, almost a hidden world of history underneath the one people know. Not tunnels and trap doors, but secrets and mysteries, brave people who did what was right.

Take a drive through the Pennsylvania Wilds, sometime, and think about them.

The Legacy of the Underground Railroad in the Pennsylvania Wilds