Like many small-town communities across the state, Philipsburg, located along the I-80 Frontier of the Pennsylvania Wilds, started to see hard times as its major industries started to decline.

Philipsburg, founded by romantic renegade Hardman Philips, thrived as a result of booming coal and lumber industries, as well as manufacturing. And according to Eric Kelmenson, President of the Philipsburg Revitalization Corporation (PRC), “Philipsburg’s hardy beginnings are deep-rooted in the people who live there today, embrace the town’s history and are optimistic about its future.” 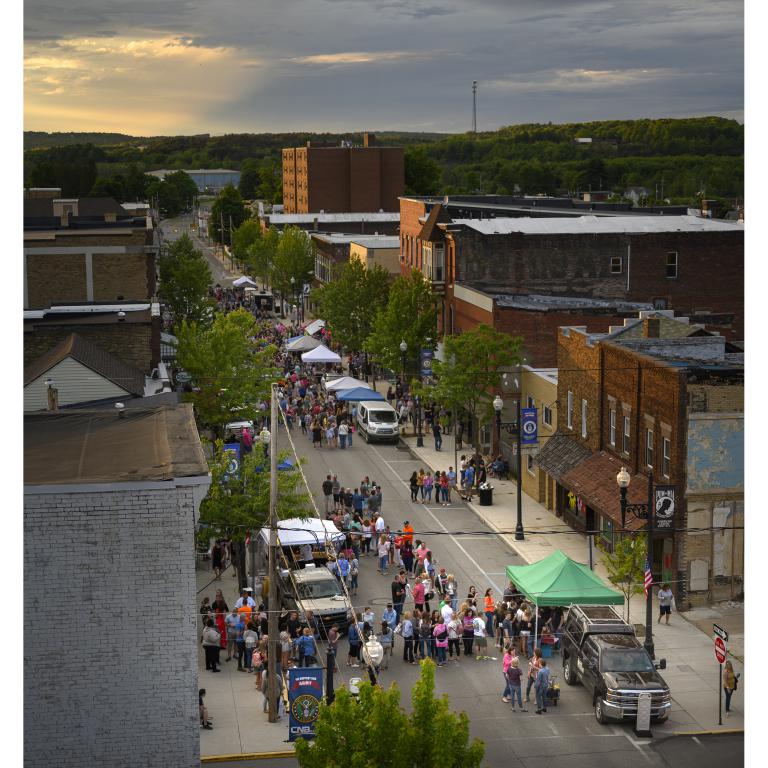 The revitalization organization, a non-profit that restructured within recent years, can be credited with many of the recent efforts to truly make the town thrive once again.

It’s a focus on community that’s proving successful for them. They work mainly to put on events that bring the community together and to encourage economic development.

“We’ve got ambitious goals, and a real challenge for us as a volunteer-based organization is to find the funding, time and energy to carry out our vision. It’s tough,” he said. “A big goal over the coming years is to be in a financial position to hire a full-time Main Street manager. It’s a lot of work organizing events, writing grants, fundraising, staying up to date on social media, bringing in new businesses, and overseeing our amazing volunteers.”

Looking to the future

Kelmenson said that 2020 is going to be a big year not only for Philipsburg, but for the PRC organization as well.

“A number of previously vacant historic buildings and Victorian houses are currently being renovated,” he said. “As more space becomes stabilized, more creative energy, business and people will come to town.”

New business Smith + Front opened in 2019 in downtown Philipsburg — an art studio, shop and gallery space. Owner Staci Egan said when it came to choosing space for their business, they were priced out of nearby State College.

“I had seen a video by the PRC and decided to reach out,” Egan said. “We were looking for something affordable with character, and Philipsburg delivered.” Egan owns the business with her husband, David.

The PRC itself has just acquired two buildings on Front Street, the community’s main thoroughfare in the downtown.

“These buildings have sat vacant for years and we are beyond excited to begin renovating them,” Kelmenson said. “Our end goal will be to provide three affordable housing units and three incubation spaces to the community.”

He says that the project checks several boxes for the organizations.

“First, it allows us to kick off our efforts to remediate blight,” he said. “Zombie property is a real problem depriving our schools of funding, creating health hazards, and hindering new business creation. It’s increasingly a focus for the PRC.”

Second, he says, the project will spark needed creative and entrepreneurial energy downtown. And finally, it will become a revenue generator for the organization.

The downtown Philipsburg space will provide affordable space to artists, startups and others who will contribute to Philipsburg’s renaissance. However, the area as a whole has been a hub for entrepreneurship in recent years.

Not only is the Philipsburg community home to DiamondBack Truck Covers, one of Centre County’s biggest success stories, it’s also home to an incubator that is part of a multidirectional strategy to revitalize Philipsburg on a county level.

Over the last three and a half years, the Philipsburg Incubator has had four tenants, and serves as a feeder system for the PRC and the Moshannon Valley Economic Development Partnership.

“It differs from the other Centre County incubators because only private offices are available,” said Centre County Commissioner Mark Higgins, who has served as a champion for opening most of the county’s incubators. “There are three office suites available — two with one desk and one with two desks. A small kitchen and conference room are available as part of the monthly fee. On-site computer support is available at additional cost.”

As an added benefit to members, free consulting and mentoring services are provided by the Penn State Small Business Development Center and SCORE.

“Philipsburg is a vibrant community,” Higgins said. “There was a time when Philipsburg was a regional employment magnet. Even today, more people from outside of Philipsburg work there than Philipsburg residents who leave to work in other local towns.”

In most recent years, Philipsburg has had the most INC 5000 companies in Centre County.  Centre County needs the affordable industrial, distribution, and warehouse space available in Philipsburg to help grow its 150 new startups founded every year, the commissioner says.

Wilds Cooperative of Pennsylvania member Organic Climbing was ahead of the curve of revitalization, opening in the Philipsburg area 10 years ago.

Owner Josh Helke said that many more people are staying in the area after they graduate from nearby Penn State University; and like Egan, said that residents and businesses are moving to Philipsburg because the cost of living is more affordable.

“There is also a bustling creative community downtown, and an amazing energy about the downtown,” he said. “(There’s) lots of emerging excitement about the potential for biking, hiking and other outdoor endeavors here.” 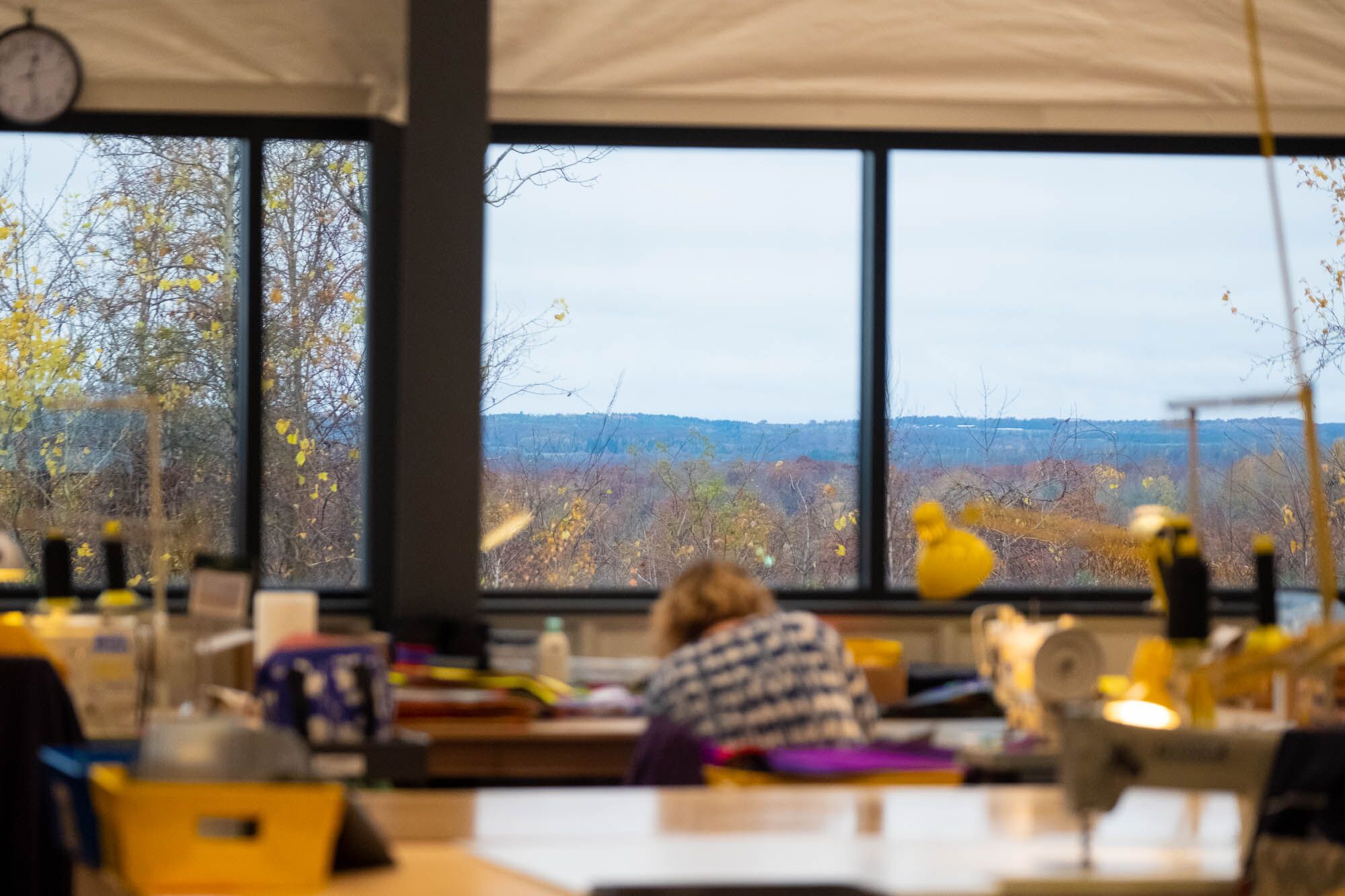 Kelmenson, who also is the owner of Reframe, a real estate development company focused on historic preservation and adaptive reuse, said that a few years ago he wouldn’t have imagined himself living in Philipsburg.

“Long story short, I fell in love with a hauntingly beautiful and dilapidated building that had sat vacant for years. It’s been an adventure ever since.”

What started as a pursuit in historic preservation and business took on deeper meaning as Kelmenson built relationships in the community.

“Philipsburg is a fascinating little town once you dig in, and many of the people I’ve gotten to know I now consider family,” he said.

Successes and failures, he said, are part of a larger movement to reinvent and reinvigorate main streets across America. The PRC organization as a whole is drawing inspiration from other small-town comeback stories and hopes to serve as a positive example for other towns facing similar struggles.

“I think if Philipsburg can bounce back, other small towns that have also experienced decades of disinvestment can too.”