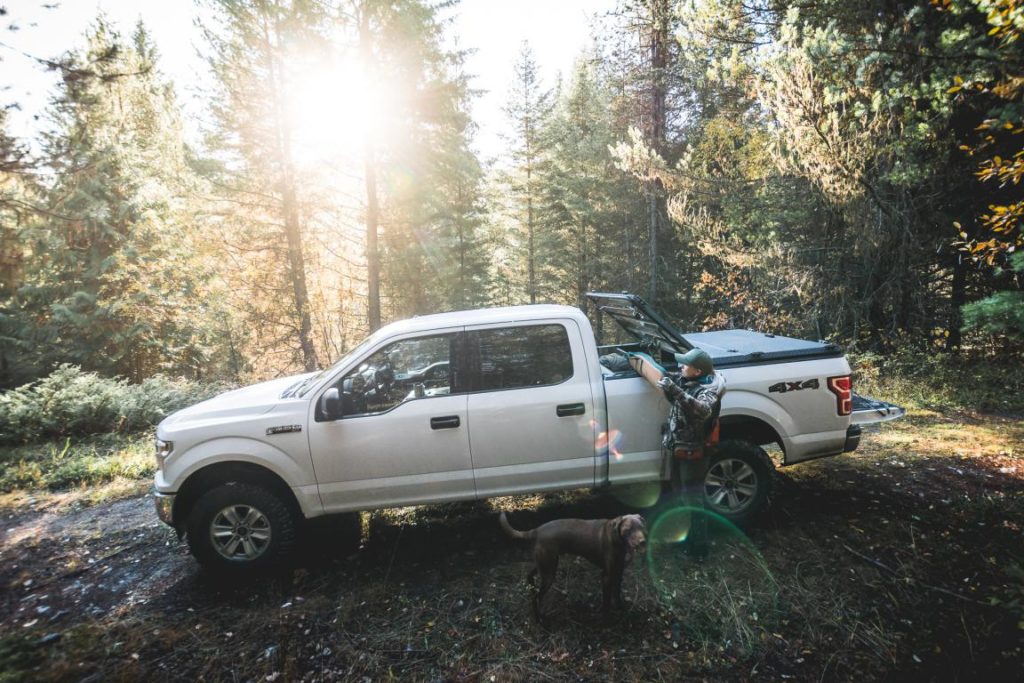 Nestled in the heart of the I-80 Frontier landscape of the Pennsylvania Wilds is a company that’s making a big impact — on its local community, the region and on outdoor adventure enthusiasts.

DiamondBack Truck Covers, which was named Pennsylvania Small Business of the Year in 2019, calls Phillipsburg, Pa., its “forever home,” according to Andy Campbell, a marketing team member for the company. At their Phillipsburg facility, the company employees about 75 people, and that number is expected to double in coming years.

DiamondBack Truck Covers was born out of a concept developed by founders Ethan Wendle and Matt Chverchko during an engineering entrepreneurial class at Penn State University. 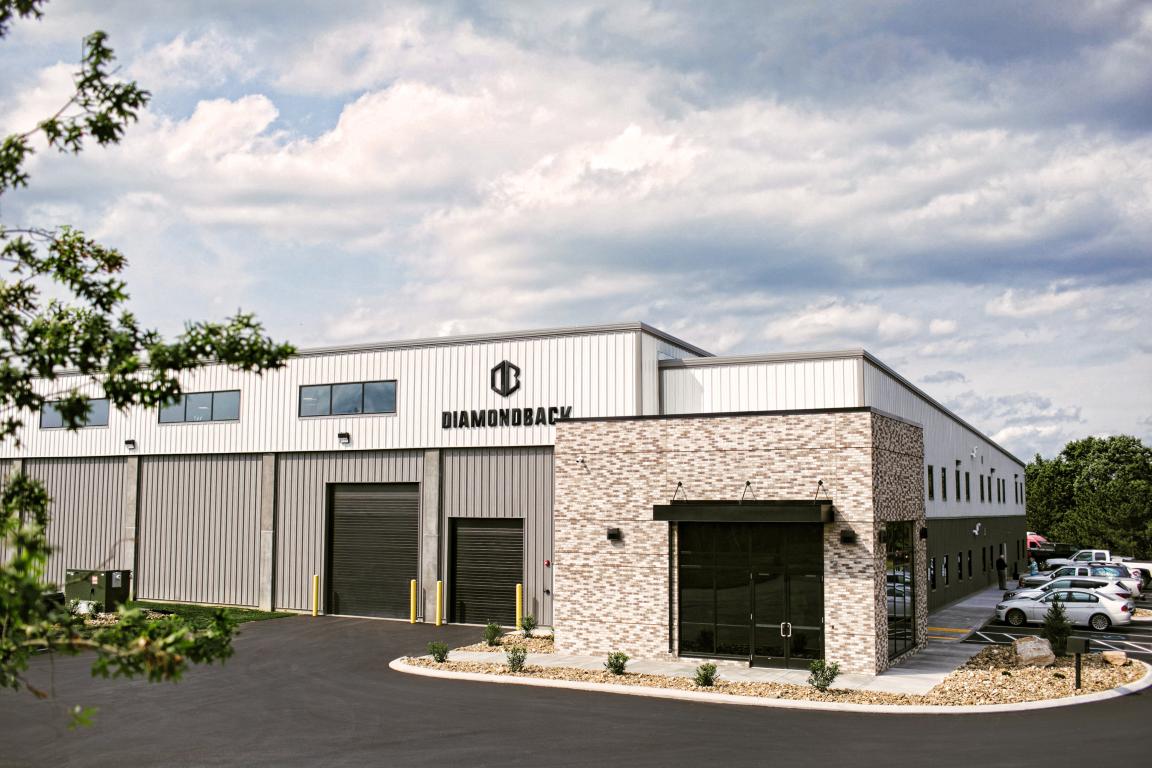 “Our chief engineer is an avid hunter and had some equipment stolen from the back of his truck,” Campbell said. “He went on to look for a secure cover and wasn’t able to find one.”

When you can’t find something you need, you make it, right?

“(Ethan and Matt) teamed up in their Penn State class for a class project, where they focused all of their energy on (a prototype). The professor told them to take it into the market.”

Campbell said that this was an easy fit for the founders, who were avid outdoorsmen already. “The product was actually invented because in their pursuits in the outdoors, they found that the market was really lacking a cover that provided security and weather protection.” Another main component of DiamondBack’s covers, that sets them apart, is that they are load-bearing. Load up your ATV on top, while still having access to the bed below; or stack your camp firewood on it for your adventure.

This product is designed to hold up. Whether their customers bicycle, kayak, hunt or surf, the product makes it easier to do that kind of thing, Campbell said. “It’s really all about protection.” The truck covers are made with metal, hardware and welding supplies that come from entirely American suppliers.

DiamondBack got its start in an incubator-type facility: The Moshannon Valley Enterprise Center. Matt grew up in Altoona and Ethan grew up in the Harrisburg area, but Phillipsburg became the company’s home base. When the business was launched, Ethan dropped out of Penn State to focus on the business.

“They needed a place to make the product that was inexpensive,” Campbell said. The Moshannon Valley warehouse space provided that.

DiamondBack “really started to pick up speed in 2009,” CEO Ben Eltz told the Centre County Gazette in October. “The product really took off across the country, and we started to grow very fast.”

Starting in 2014, the founders began to build their own facility in Phillipsburg.

After rapid, continuous growth, the company is considering building a second facility in Phillipsburg. According to the article in the Centre County Gazette, the company has had a unit growth rate of approximately 25 percent each year over the last six years. Last month, they shipped 1,000 truck covers to 49 states. 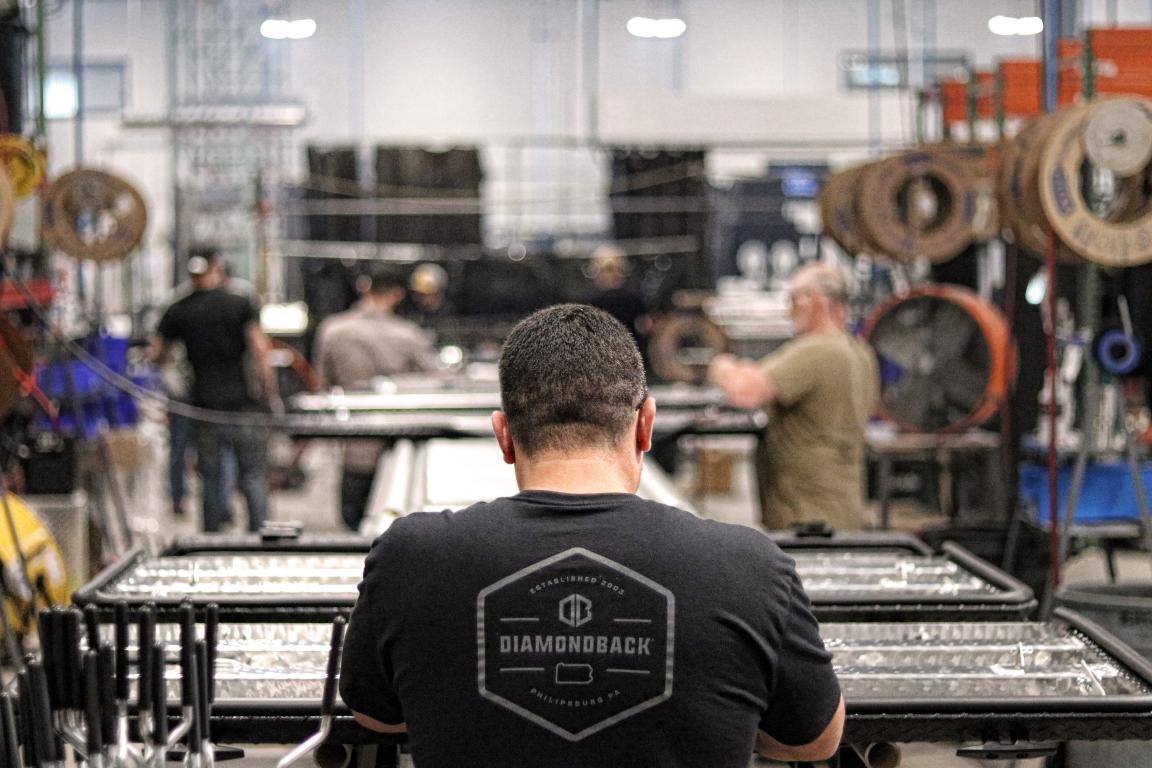 What makes DiamondBack worth talking about, says Campbell, is how much DiamondBack is “absolutely loved by its customers.” These products are shipped almost universally, and people always say they love the company.

“We have a higher net promoter score (which measures customer experience) than any company in the world,” he added. 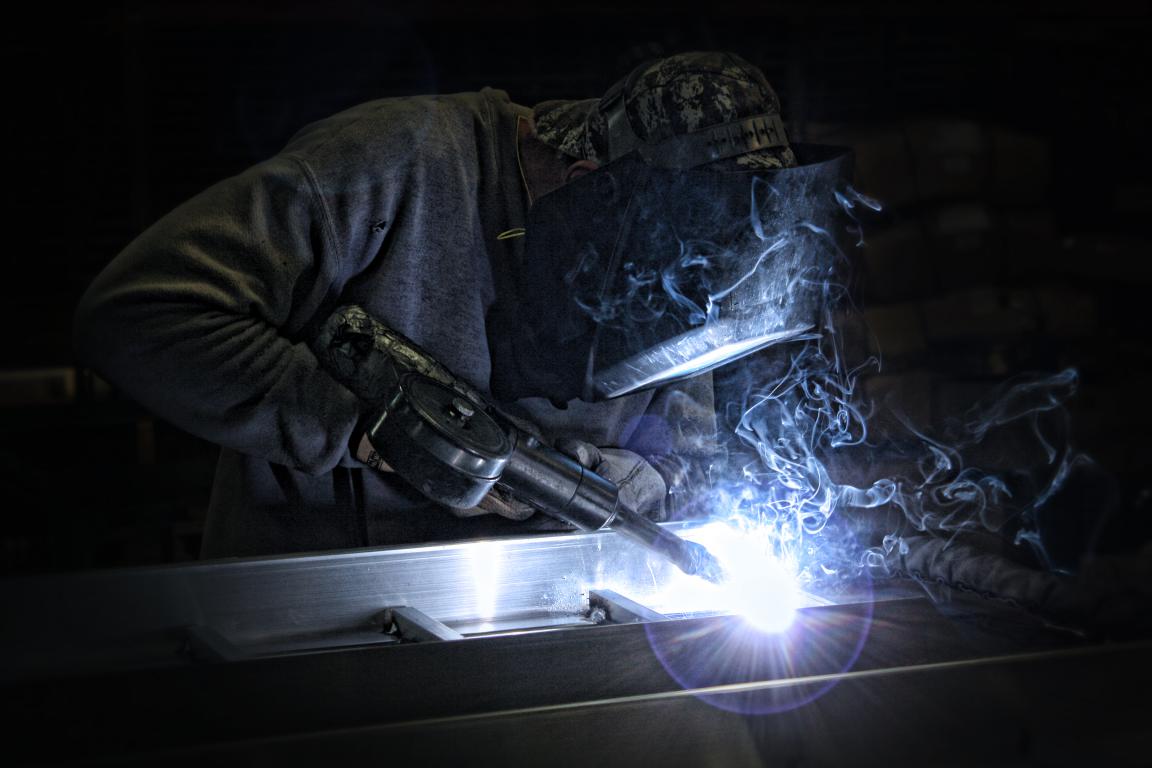 Customers, he said, are always surprised by the fact that the covers have a warranty for life. When they buy the product, any component on it is going to be replaced free of charge for as long as that person owns it.

“We’re one of a kind in that way,” Campbell said.

The kind of protection that DiamondBack covers offer come at a price tag, but there’s nothing more secure on the market. Customers are willing to invest in the product, Campbell said, because of the protection it offers — the waterproofing is as good as it gets.

“The people that buy our product want to buy it one time. They want something that’s built in America by people who care about the product.”

*Photos for this article provided by DiamondBack Truck Covers.