Hundreds of years ago, Native American tribes roamed Pennsylvania. Across what is today the Pennsylvania Wilds, they walked along the rivers and valleys, and they settled in the mountains. They roamed places that we know well, places that we travel today, often without giving any mind to the fact that at one time various tribes walked there.

Many paths have become roads now, but they still exist. You can still travel across the PA Wilds, following the same routes as the tribes did centuries ago. And you can find the sites where the communities were as well. Fair warning: not all of the routes correspond completely to the modern day landscapes of the Pennsylvania Wilds, or even stay strictly within Pennsylvania. The Native Americans didn’t care where the state borders would later be, or what route would make a good tourist attraction. So as I write about these, please cut me a little slack on the exact locations.

These days, you’d know it as Scenic Route 6, and it passes through four counties and three landscapes of the Pennsylvania Wilds, spanning the Commonwealth. But in the old days, it was the Brokenstraw Path, often used by the Delaware. There was a village of the same name in Warren County, and the name comes from a corruption of the Delaware word Poquihhilleu, which literally meant “broken straw.” Once you get into Warren, you’d be near Cornplanter Run, named after a famed Seneca chief. 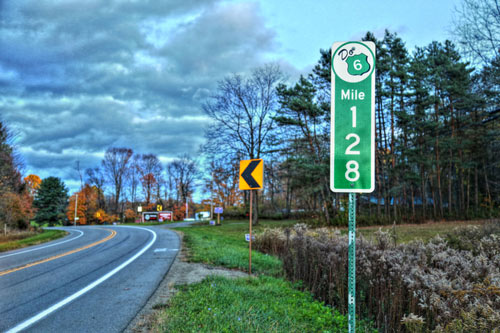 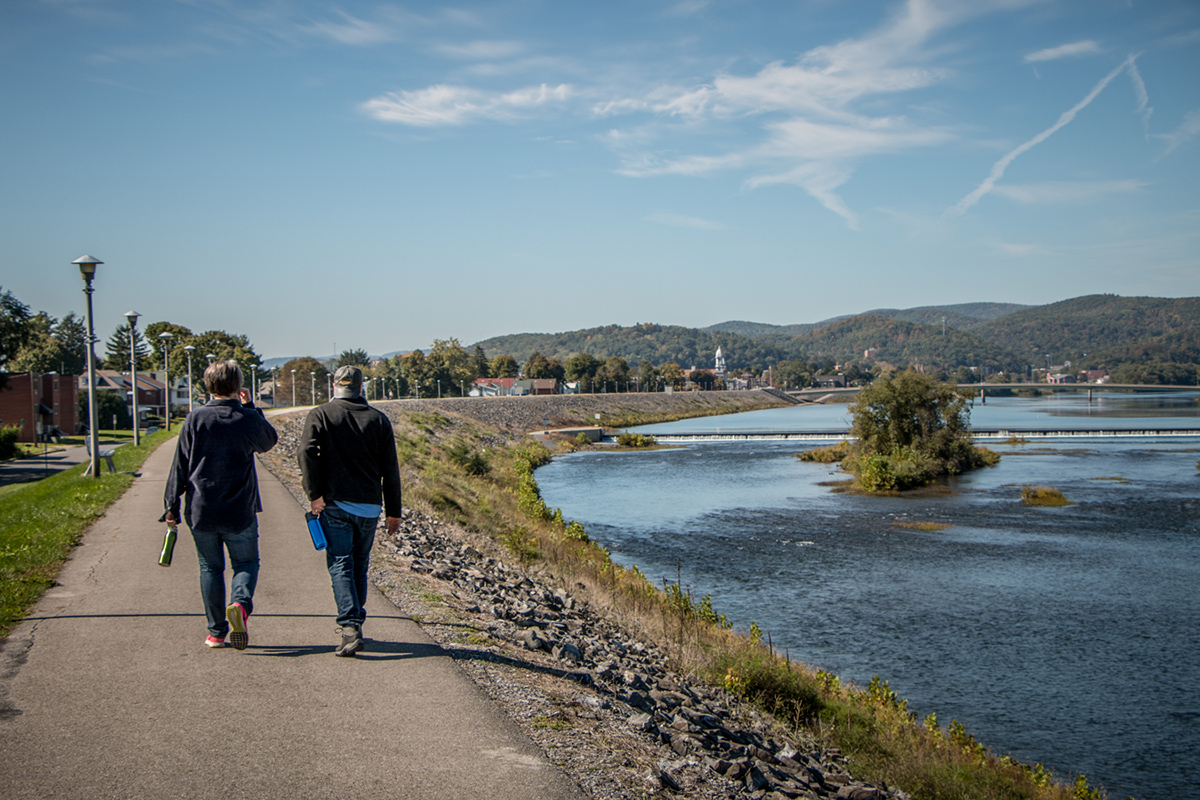 The Sinnemahoning Path begins in Lock Haven and connects with the Great Island Path. Following Route 120 — today called the Bucktail Scenic Byway — north from Lock Haven, it went through present-day Renovo and passed the small community of Keating. Then it turned up present-day Route 155, and ran north along the Sinnemahoning River. It may or may not have crossed the river at a few points — many reputable historians disagree on that point. 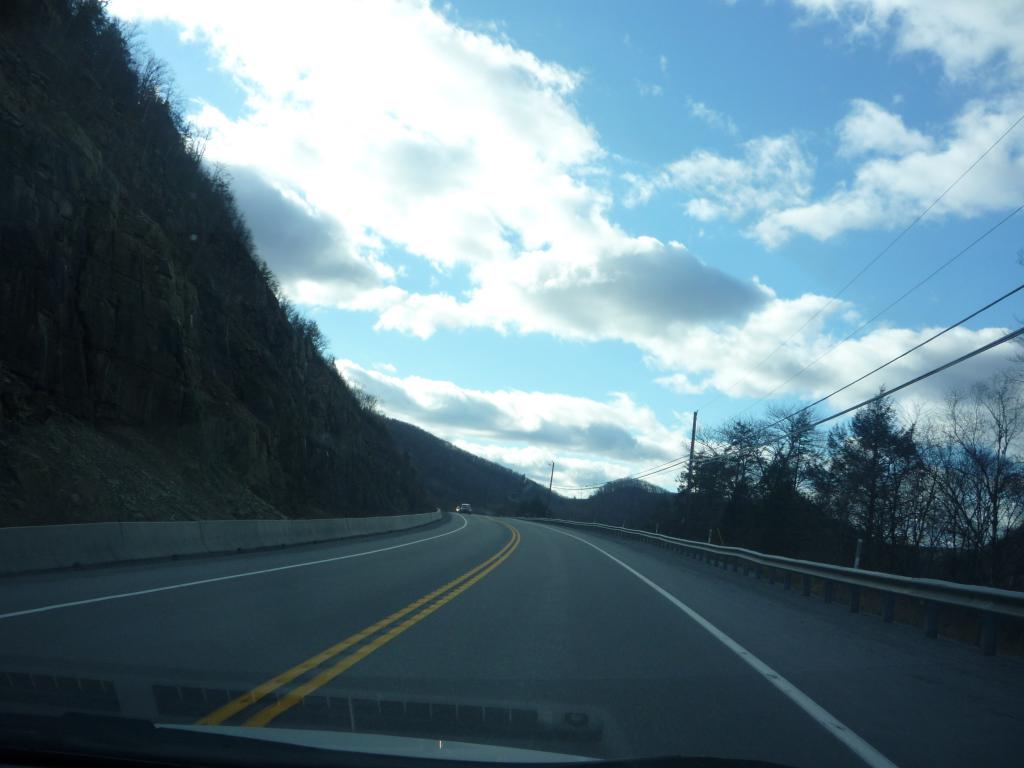 Close observers will notice that this path begins in Dark Skies, and then turns into Elk Country. As I said previously, they don’t all classify easily; the Native Americans were not concerned with PA Wilds landscapes that wouldn’t be established until the 2000s. I put this one in Elk Country because that’s where most of the path leads.

The Goschgoschink Path begins roughly near Tionesta, and runs south on present-day Route 62 to 36, then to 966 through Helen Furnace and into Clarion. The path then turned east onto what is today 322, toward Brookville. The Delaware town of Goschgoschink was on the northern end of the path, and in Clarion, the creek itself was once known as Gawunschhanne, which meant “briar stream.” 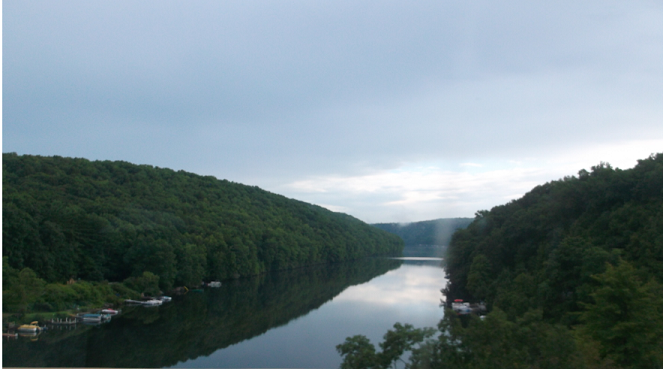 There is a stretch of Route 44 that runs from the New York border south to Shinglehouse, at which point you can turn northeast onto Honeoye Road. This was once known as the Forbidden Path, and it was a significant travel and agricultural area for the Seneca and Iroquois. European settlers traveling the Forbidden Path for the first time were amazed at the fields of crops and dense pines that they saw. This path also takes you near the site of Honeoye, once a Seneca village. The name is said to come from the Seneca words for “His finger lies here.” According to some sources, the community got its name when a Native American unfortunately lost a finger on the spot.

Obviously, the best path to feature in the Pine Creek Valley and the PA Grand Canyon Landscape is the Pine Creek Path. This was a path through the mountains that avoided much hard hiking. After Moses Van Campen was captured during a massacre in 1782, he was brought up this path. He later described it in his journal: “Across the hills, and came down to Pine Creek, above first forks, which they followed up to the third forks.” Beginning in present-day Jersey Shore, the path ran along Route 44 and then turned along Pine Creek on Route 414 to reach Galeton. There isn’t a paved road the entire way; however, a dedicated hiker could possibly follow the actual trail along Pine Creek. 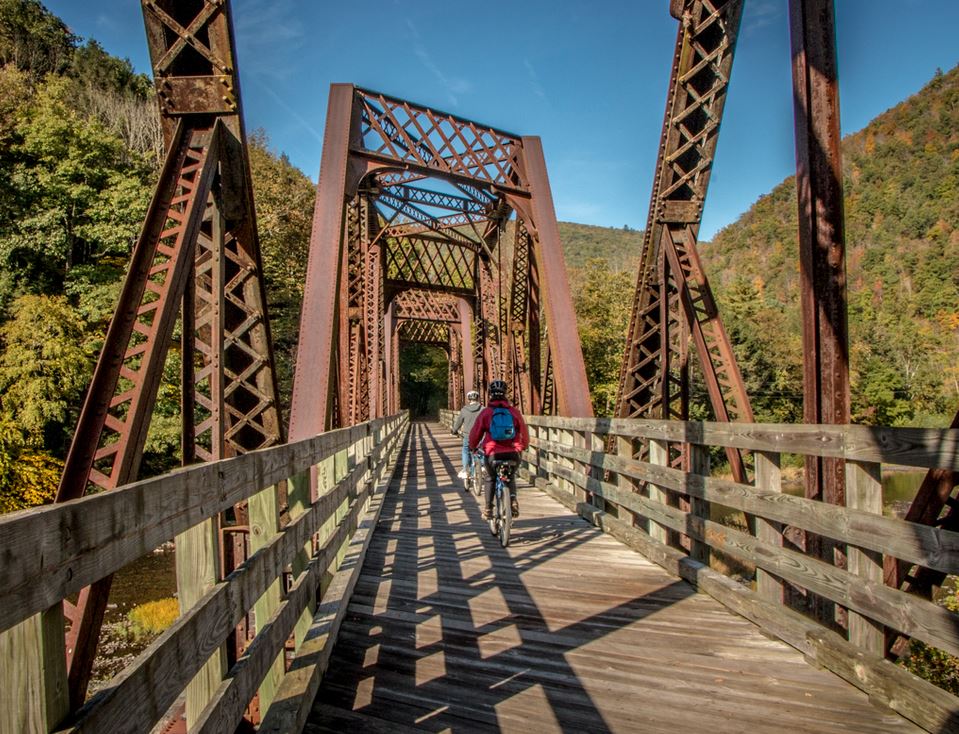 If you’re a fan of the Pennsylvania Wilds, chances are you’ve already traveled on some of these roads and seen the areas. The next time you’re out for a drive, think about it. Stop and consider what it must have looked like here, centuries ago.