I have this poster hanging in my upstairs hallway. It hangs between my bedroom door and my son’s, and it depicts the first United States Civil War submarine: The U.S.S. Alligator. It was given to me years ago by the National Oceanographic and Atmospheric Association, in return for some historic research, I did for them.

The Alligator was the first Civil War sub, created by a Frenchman from Philadelphia named Brutus DeVilleroi. It sank off the coast of North Carolina in 1863 and has never been found, though there are people working on discovering and raising it.

AND IF YOU’RE ASKING YOURSELF WHAT ALL THIS HAS TO DO WITH THE PENNSYLVANIA WILDS, BUCKLE IN. IT’S GONNA BE AN AWESOME RIDE.

Several years ago, I got a call from NOAA, asking about land that Brutus DeVilleroi owned. The agency has been working on researching the Alligator, and one of the questions they had was how DeVilleroi got the money to build it. DeVilleroi, who described his occupation on the census as “natural genius,” had no personal or family money to speak of. And yet he was able to design and create a fully-formed submarine, offering it to President Lincoln for the government’s use.

NOAA has suggested that DeVilleroi may have made his money here, in central Pennsylvania. In the 1850s, he owned quite a lot of land in what is now Elk Country in the PA Wilds. Around Leidy Township in Clinton County, DeVilleroi purchased acres of land, which he owned for about a year and a half before he failed to pay and the land defaulted back to the original owner. So the question was, how did he make the money? Was it lumbering, mining, or what?

So off to the courthouse I went, to look up the land that Brutus DeVilleroi owned.

As I researched the courthouse documents, I found out that not only had DeVilleroi made the down payment on the land, he was successfully sued twice while living in Clinton County. He had to pay the equivalent of three million dollars today, which deepens the mystery: Where is all this money coming from?

And then, when I took a highlighter and traced out all his land on the map, I thought,”Isn’t this around where those legends of a silver mine used to be?” 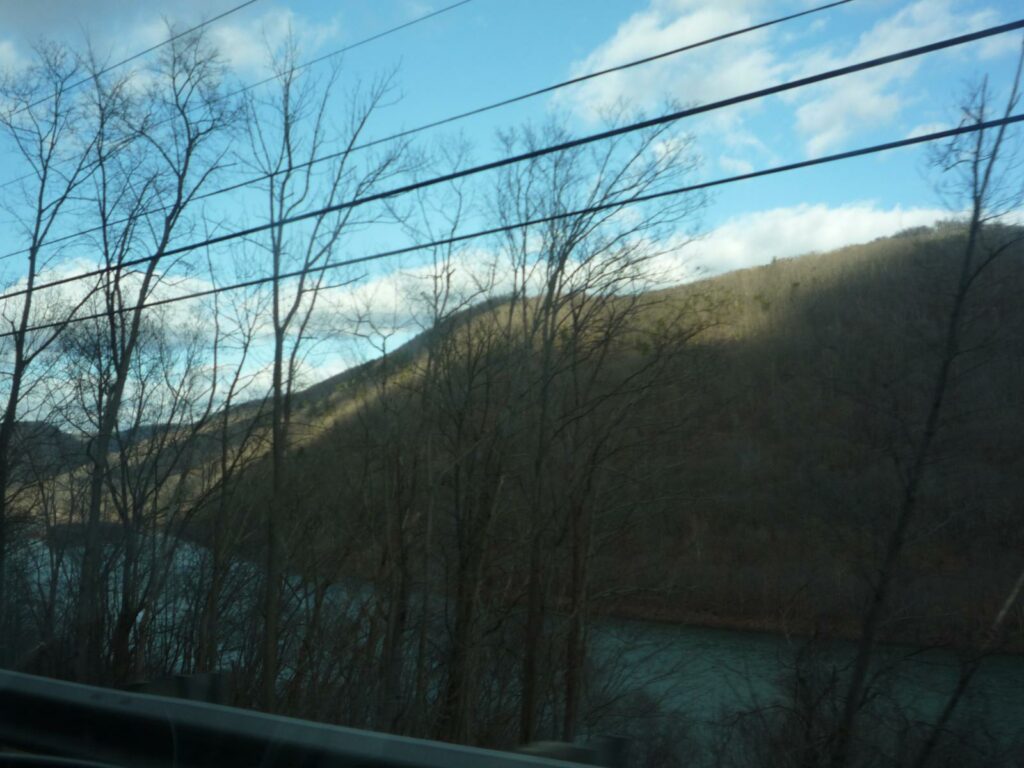 The story is repeated in many articles and books, most of them reputable. John Blair Linn’s History of Centre and Clinton Counties, the most reliable book about the early history of the area, even tells the tale. The Native Americans evidently knew where there was silver in the county and used to walk off into the woods and come back with packs full of it to spend. Though people have searched several different locations, nobody ever found the spot.

If you think about it, it explains a lot. A “natural genius” could have figured out where to look for a vein of silver and mined a lot of it in eighteen months. He wouldn’t even have had to sell it as a precious metal; silver is purchased and used in a lot of different industries. Someone who knew where to find silver could have made a lot of money.

Now, no responsible historian would have gone to the government with this crazy theory. Fortunately, NOAA didn’t ask a responsible historian; they asked me. And when I spoke to the people at NOAA, they liked this idea and asked me to send them all the documentation I could on the silver story. And they sent me the poster, which I framed and still display.

Currently, there are efforts to find and raise the Alligator and perhaps put it on display in a museum. And if that ever happens, my theory will be displayed right there with it – the money trail that leads to a lost treasure, a secret silver mine in the heart of the Pennsylvania Wilds.