Beau Martonik, a seasoned hunter and outdoorsman, offers his thoughts on recent changes to hunting regulations and how he believes they will benefit hunters beginning this fall.

As the leaves are changing and temperatures are dropping, hunting season is underway across Pennsylvania. The 2019-20 season has some notable changes that can benefit hunters to increase their opportunities to enjoy the Pennsylvania Wilds this year. With over 2 million acres of public land available in the region, along with the potential for permission to hunt private lands, the possibilities for hunting deer, bear, turkey, ducks, geese and much more are endless.

In my opinion, bear hunting has made some great strides in the right direction over the last several years, but none as significant as this year. After one of the worst years for bear harvest in the last decade in 2018, the Pennsylvania Game Commission has decided to implement new opportunities to hunt bears in the Keystone State. This fall will feature a new bear muzzleloader season that will take place during the regular muzzleloading, antlerless season. From October 19th through the 26th, you can also shoot a bear. In addition to that, juniors and seniors can hunt bear during the fall antlerless firearms deer season from October 24-26th. Lastly, they have increased the bear archery season from one week to two weeks for 2019. From October 28th through November 9th, you can take a bear with archery equipment, as long as you have a valid tag. This opens additional opportunities and will more than likely increase the amount of bear tags sold, generating more income for the PGC and conservation efforts within the state.

Until this year, turkey hunters and archery deer hunters had to wear orange when the seasons overlapped each other. Beginning this year, this is no longer a requirement. I believe this is a benefit because it was difficult to remember when you needed orange and how much depending on the week during the archery season. It’s reasonable to be concerned that not wearing orange might endanger hunters, but hunters’ safety has come a long way. If it is a concern to you, there is nothing that says you can’t wear orange. All of the other seasons’ orange requirements will remain the same as in previous years. 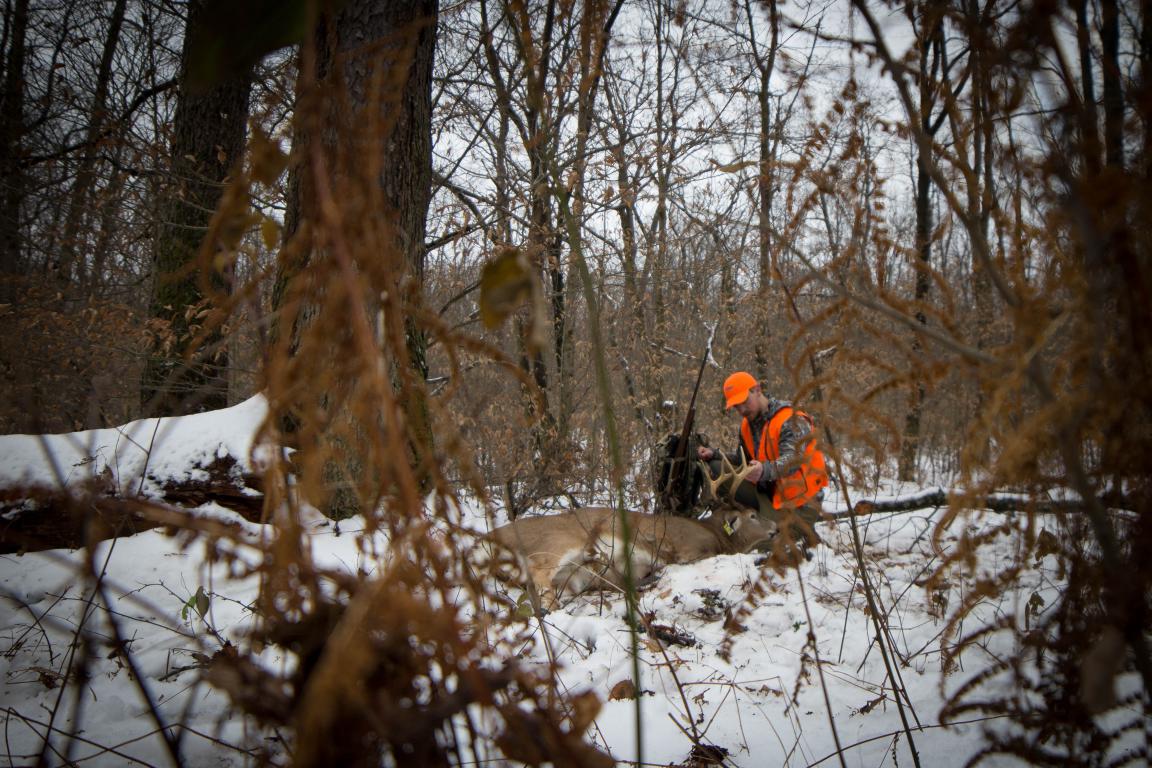 This subject has created the most buzz and debate. In 2019, the Pennsylvania firearm deer season will open on a Saturday instead of the traditional Monday. The first Saturday after Thanksgiving will kick off the season for the first time since 1963! A lot of the opposition that I’ve heard has been around breaking the tradition of that weekend being dedicated to deer camp and spending time with family and friends. I understand this, but in my opinion – this is a good move. I love spending that weekend at camp, reminiscing about previous deer seasons, cooking good food and other activities just as much as the next guy or girl. The fact is we are losing hunters across the state every year, and one of the main reasons is that people don’t have the time. While some schools and workplaces have had the first Monday of firearms season off as a holiday; it isn’t typically that way across the state. This will allow more hunters to enjoy the first day and have 3 weekends to hunt, rather than two. (Now if we could only get Sunday hunting, that would open up additional days and most likely increase license sales and revenue for hunting conservation — but that’s just my view!).

2019 is a big year of changes to the hunting seasons and regulations, with even more additional changes than I listed, but I believe these three have the biggest benefits in creating opportunities to spend more time outdoors. For more details on these changes and a complete list of season dates/regulations, check out this link.

For details on the changes to the elk hunting seasons, check out this link to another article I wrote.

Download the new PGC app to have up to date information on hunting in Pennsylvania at your fingertips.

Food plot soil testing: Preparing your land to be lush this fall

How to estimate deer density on your property

Why do bucks shed their antlers?

Author: Beau Martonik
Beau is a bowhunter, outdoorsman, and conservationist. He grew up in the heart of the Allegheny National Forest, and found out at an early age that the Appalachian Mountains would consume all of his spare time. He’s driven by adventure and shows it through his latest business venture, East Meets West Outdoors. His goal with East Meets West is to help others experience adventure hunting in wild places from the Rockies to the Appalachian Mountains through the East Meets West Hunt podcast and blog. In addition, Beau has written for multiple magazine and online publications surrounding his adventures, such as Petersen's Bowhunting Magazine, The Journal of Mountain Hunting, Heather's Choice blog, MTN OPS Rally Point and the PA Wilds. You can find more info at www.eastmeetswesthunt.com.