Having traveled this road for many years, I can safely say “Triple 6” is as wild and secluded as a state highway can get.

It’s been called “the Devil’s Highway,” having been assigned the Route number 666 by the commonwealth in 1928 and it is one of very few highways in the nation to carry the number 666, known in the Holy Bible Book of Revelation as the “sign of the satanical beast”.

In fact, it is memorialized in honor of a preacher, Moravian Christian Missionary David Zeisberger (1721-1808).

In the 1760s, Zeisberger was the first white man to travel this wild Tionesta Creek valley trail. 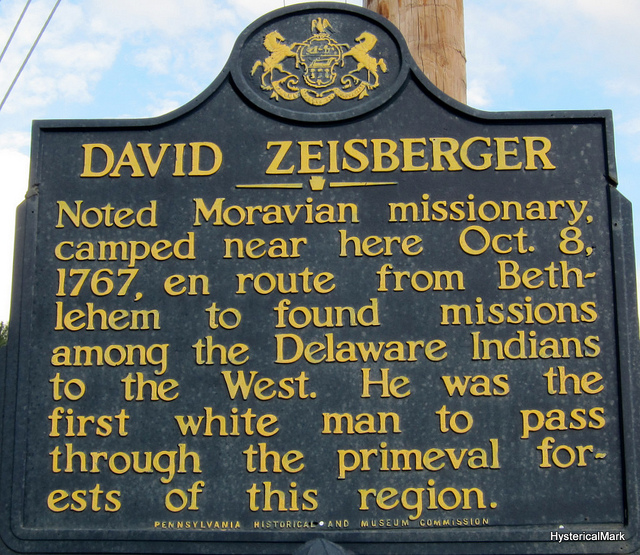 Living among the Native American Delaware tribes for four years, he converted many of them to Christianity. Zeisberger’s ministry spanned more than 50 years as Forest County was one of the last counties in the commonwealth deserted by Native Americans.

As we begin our Forest County day trip heading eastbound on Route 666’s western terminus at the junction of Route 62 in East Hickory, we pass through the village of Endeavor, home to Northwest Hardwoods Lumber Mill.

Leaving Endeavor, we immediately notice a much denser forest and sudden twists, dips and turns of Triple 6. The posted speed limit throughout is 45 MPH, but caution is advised on some of those narrow turns.

Winding our way down Triple 6 toward the village of Whig Hill, to the right is the sprawling Ross Run Ranch, a family owned and operated farm, teeming with acres of apple and pear orchards along with blueberries and farm-fresh eggs. In autumn, their delicious apple cider attracts visitors from all over. 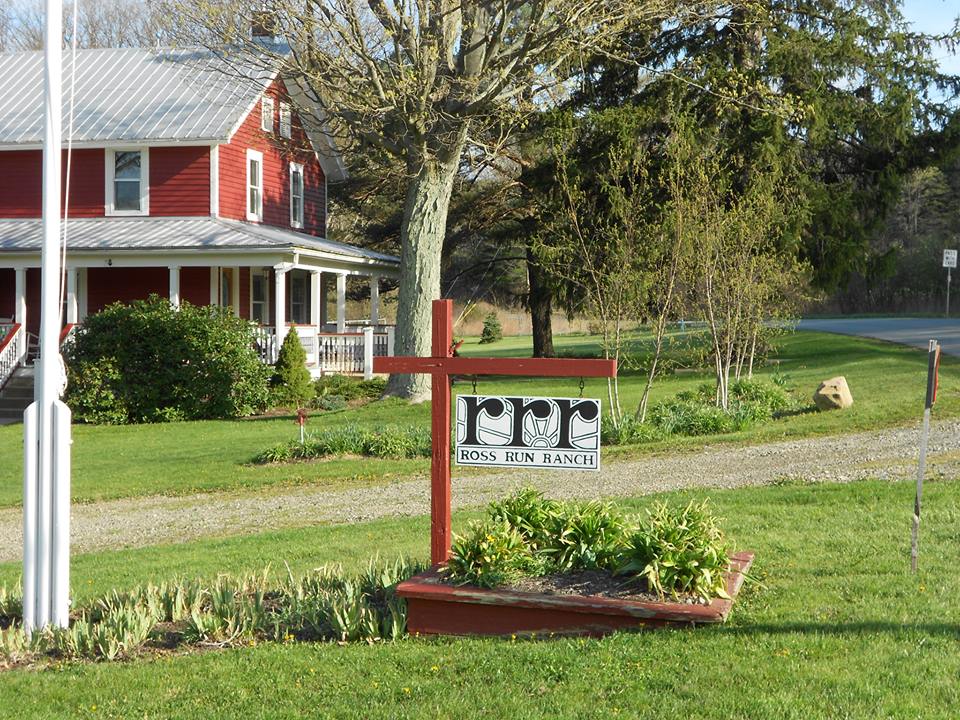 Heading up the hill past German Hill Road is the 600-acre Flying W Ranch and Longhorn Saloon, home of the popular Allegheny Mountain Championship Rodeo (July 26-28). Hailed as “the Cheyenne of the East,” Flying W boasts a full restaurant and lounge. Horseback rides and even a more adventurous overnight campout on the Ranch’s forest horse trails are also offered. 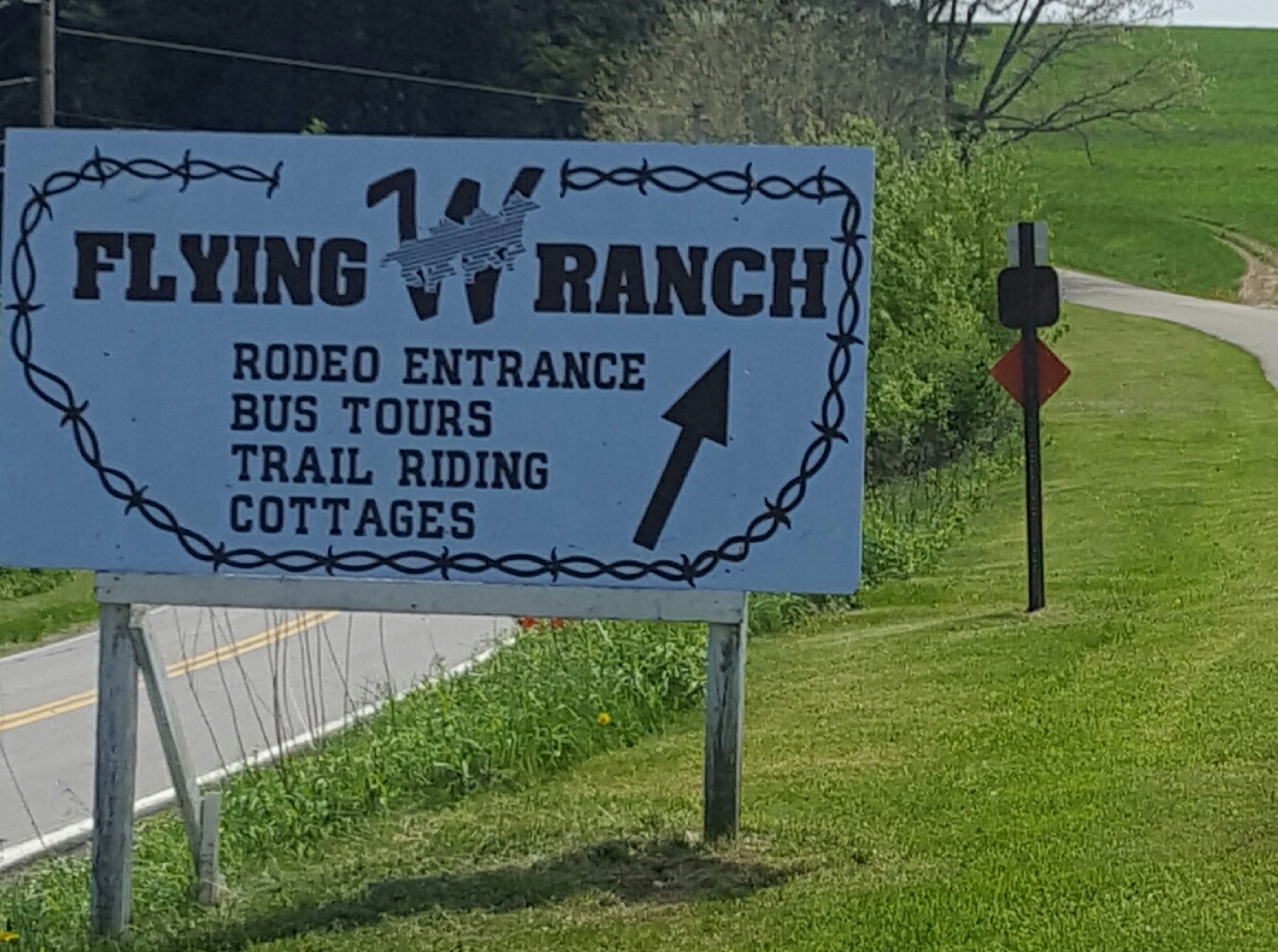 Less than a half-mile down the road is the stately Black Caddis Ranch Bed & Breakfast, home of the Pennsylvania Firefly Festival (scheduled for June 23-24 this year). Hundreds turn out for this annual dazzling nocturnal display. The PA Firefly Festival was recently honored by PA Wilds with the annual Group Conservation Stewardship Award. The Black Caddis Ranch also features year-round lodging in a quaint century old farmhouse and in rustic cabins nestled in a beautiful mountain hollow. 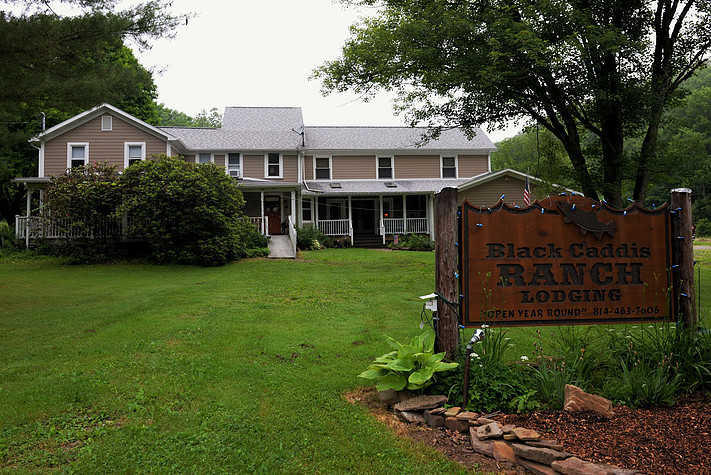 A little further down the road a giant green frog pokes out of Tionesta Creek. “Frog Rock” has been popular with tourists for decades. It remains a mystery as to who maintains the paint job on this huge rock jutting out of the water, but it is a must-stop for kids of all ages. 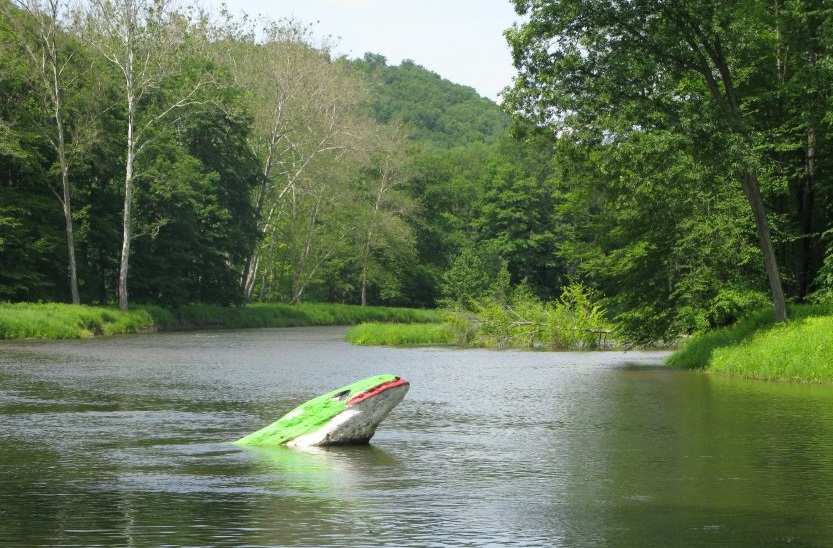 Onto Mayburg and Balltown. These two little hamlets were once thriving lumber, oil and chemical towns, boasting populations of two thousand people or more. Mayburg was home to a chemical plant and Balltown, at the turn of the century, had sawmills and productive oil wells. The town’s namesake is Isaac Ball (1787-1865) who was the great-great grandfather of famous actress/comedienne Lucille Ball. Vast fortunes were made in this part of the valley, aided by a railroad connecting Tionesta with Sheffield. But as the Tionesta Creek Valley’s oil and lumber boom faded, so did the railroad, along with the populations of Balltown and Mayburg.

Continuing down the road, passing through the uninhabited little hamlet of Porkey, our next stop is Minister Creek Campground. Hugely popular with hikers who make the trek up the mountain trail to take in the breathtaking view of the Minister Valley from the Minister overlook, the North Country Trail passes through here and the parking lot directly across Triple 6 is usually full in summer.

The villages of Truemans and Hastings lie ahead and then our first and only stop sign on the trip is in the next community, Lynch. Across the bridge to the right is the Blue Jay Tavern and restaurant, popular with the locals and campers for decades.

Just a half mile down the road we arrive at the popular Tall Oaks Store. Dubbed “The Neatest Little Store in the Woods,” Tall Oaks is just that, a handsomely unique gift shop featuring decorator items, candles, plaques, prints, collectibles and much more. Shoppers from across the eastern U.S. and Canada make the annual pilgrimage to Tall Oaks. Be prepared to spend a fair amount of time here. So much to see. 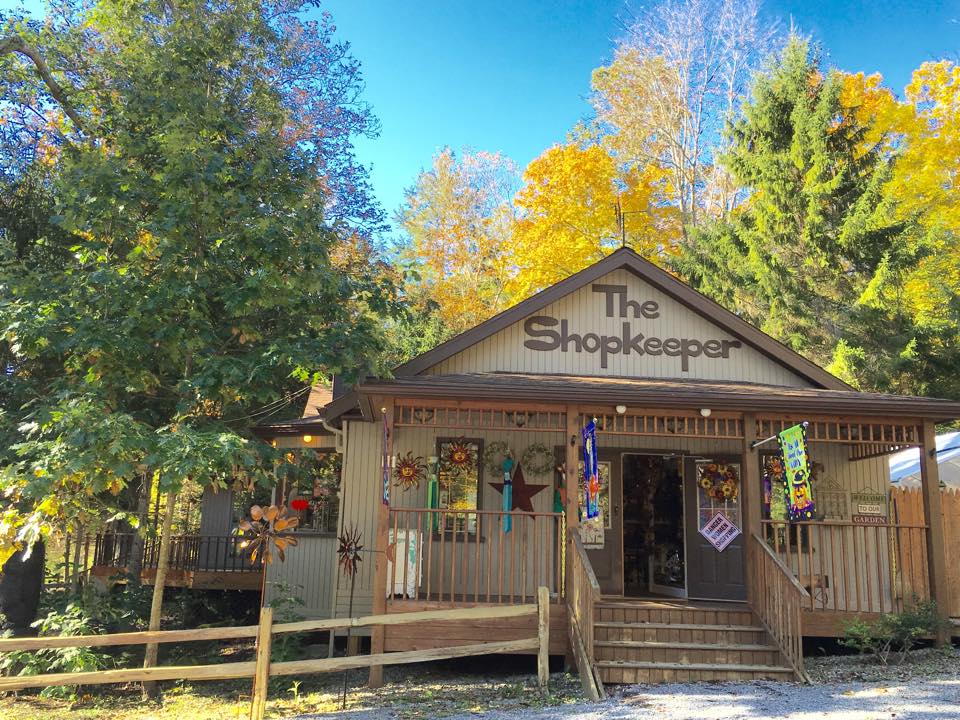 Continuing east on Route 666 we come to the junction of Route 948. A left here takes us into the village of Sheffield where Route 666 ends at Route 6, taking us east to Kane or west to Warren.

For those traveling Route 6 to Route 666 from Kane or Warren, simply reverse this route toward Route 62 to take advantage of all the wonderful sights and points of interest. Enjoy!

Travel Note May 30, 2018: PennDot is detouring traffic around the 666 starting point of Endeavor due to bridge replacement, but only for two weeks. Detours are clearly marked coming off Rt 62.