Looking Back – Our Elk Heritage

Young or old, into nature or not, I think we all have a sense of wonder when it comes to the magnificent elk in the Pennsylvania Wilds’ Elk Country. Where did they come from? When did they get here? What do they eat? How big is the herd? And where can we find them?!

Let’s set some context so we can begin to think about how they have evolved into the landscape, and continue to thrive here in the PA Wilds….

North American elk are currently made up of four different subspecies: The smallest, Tule elk, are primarily found in the central and northern areas of California. Then moving east are the Manitoba elk who once roamed from Colorado and the Eastern Rockies north into Canada. Further west, the Roosevelt elk rage from the northern California coast through Oregon, Washington and western Canada. And last, Rocky Mountain elk, the largest subspecies, who live in the mountain ranges east of the Cascade Range. Today the estimated total number of combined elk in North America is approximately 1.2 million. The total number of Rocky Mountain elk ranges between 800-900 thousand, and the number of Rocky Mountain elk in Central Pennsylvania is estimated at between 1,300 – 1,400.  There are two subspecies that are now extinct, the eastern and the Merriam’s.

The eastern subspecies once found in Pennsylvania was an established part of the landscape for centuries, leading into the early colonialism of North America. The herd was once prominent from northern New York down through central Georgia, with earlier recorded accounts of eastern elk habitat found further north in parts of Maine, New Hampshire and Massachusetts. Throughout the area, before and during the 16th century, Indians hunted them for food and used their skins for blankets, teepees, and clothing. Later, in the 17th and 18th centuries, European settlers from France, Spain, and England migrated westward to America, to the eastern parts of the country. As they settled and established their encampments and built up their communities, the elk continued to roam, foraging near these settlements throughout the year. During winter, they were a generous and tempting target for hunters. As the settler populations grew into the 19th century, elk were pursued by area farmers who regarded them as a major threat to their livelihood. It’s reported that by the late 1870’s the last of the eastern herd were literally wiped out in Pennsylvania, and the last elk purportedly shot in Centre County.

Ironically, in the early 1900’s, a group of conservationist-hunters took the initiative to capitalize on a Federal program designed to thin a massive herd of over-abundant elk from Northern Yellowstone National Park in Wyoming, and transplant them into barren game lands in Pennsylvania. In 1913, sponsored by the PA Game Commission, and hired by the Superintendent of Yellowstone National Park, an American frontiersman, Howard Eaton, was charged with rounding up 50 Rocky Mountain elk in Yellowstone for later release in two Pennsylvania counties – Clearfield and Clinton Counties.

Eaton was born in 1861 in Pittsburgh, Pennsylvania, and at the age of 17 had moved out west to the Dakota Territory to raise cattle and horses, where he was later joined by two brothers. Howard Eaton sold wild game to the railroad workers and wealthy easterners, and also provided guiding services to hunters and explorers in Wyoming’s Yellowstone, and Montana’s Glacier National Parks, developing quite a reputation among frontiersmen, big game hunters and even presidents.  So, in 1913, the first group of fifty Pennsylvania-bound Rocky Mountain elk were successfully rounded up and shipped via train and reintroduced to our eastern landscape. In 1916, Eaton was hired once again to round up an additional herd of one hundred elk from Yellowstone to be transported by rail back to the Pennsylvania counties. Elk reintroduction had begun!

The elk we enjoy today are direct descendants of those original Rocky Mountain elk that came from Yellowstone National Park. For nearly a half-century after their arrival, their numbers remained somewhat static; during the Great Depression and up until the 1970’s and 80’s, they were poached by hunters and killed by farmers. The Pennsylvania Game Commission then began implementing guidelines for hunting elk, and various entities and conservation groups have continued to provide stewardship through programs, land purchases and policies designed to protect these beautiful creatures from ever being diminished again. 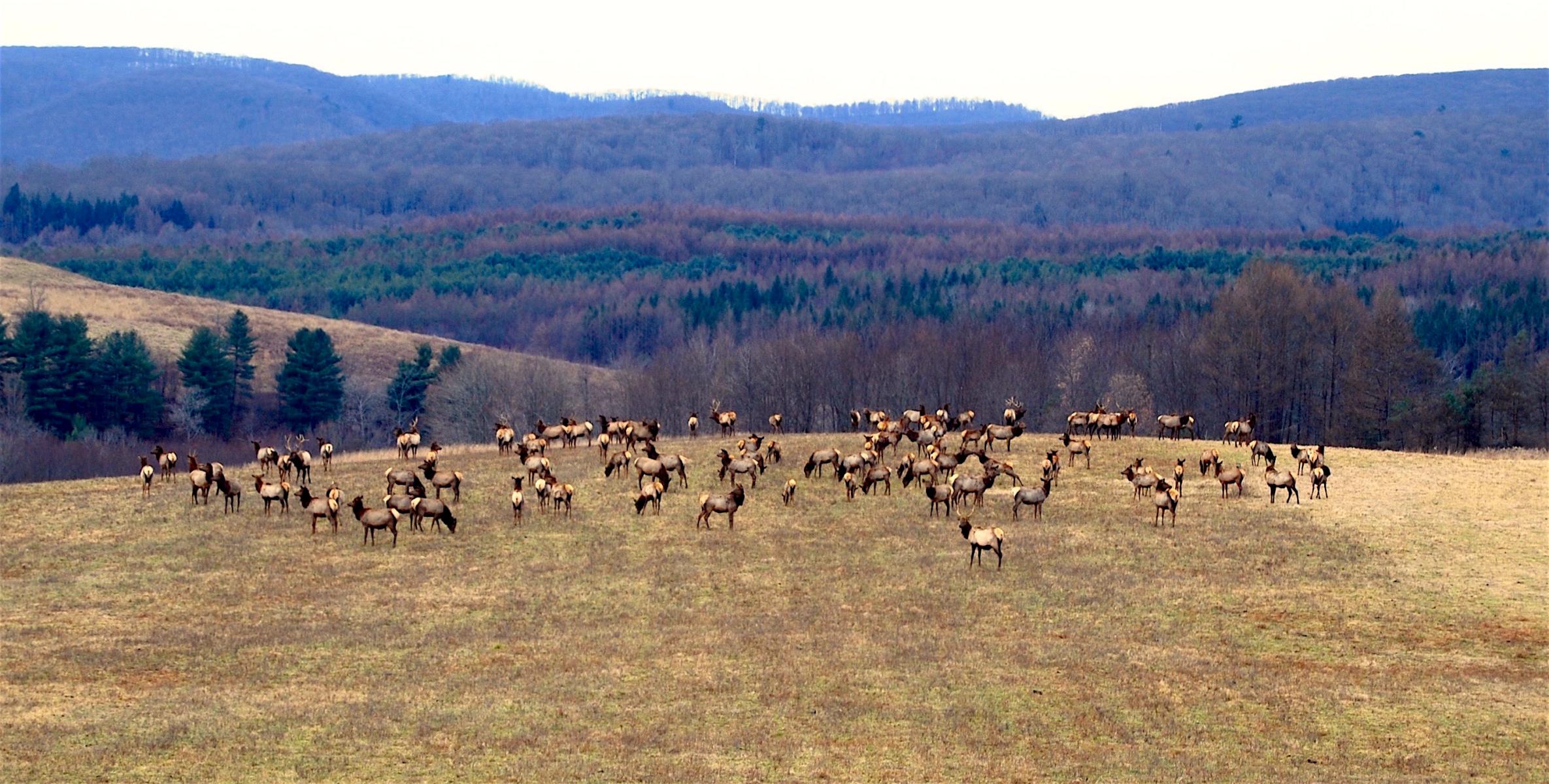 Today, our Pennsylvania elk herd inhabits the northern tier, with much of the population along the Bennet Branch of the Sinnemahoning Creek. The Creek runs from the confluence of the Driftwood Branch (Driftwood, Cameron County) southwest along Pennsylvania Route 555. Route 555 passes through Hicks Run, Dents Run, downtown Benezette, Medix Run, Caledonia, Weedville, Force, and onward further south and west where it joins Route 255 near Weedville, continuing on to Penfield. I’ve spotted elk off the highway in the village of Hollywood (Huston Township, Elk County) and at several spots off of Route 555 clear up to Driftwood, which covers about 30 miles one way.

On a recent afternoon trek from DuBois I scoured the landscape on my way north in hopes of spotting these magnificent creatures. On Route 555 up toward Driftwood I traveled north 5 miles to Dents Run and pulled over to walk along the woods bordering Sinnemahoning Creek. Fortunately, I didn’t need to go far before I spotted four cows resting under trees. And nearby a juvenile elk was napping alone in the shade. Although I’ve personally observed them in groups of almost one hundred, it’s more common to see them scattered into little groups as I saw there. It’s also typical that male elk are most commonly seen with other male elk, and females with other female elk.

From Dents Run I headed a few miles further up to Hicks Run, to a cool and eerie cemetery right off the Hicks Run Viewing Area (where you’ll find members of the Dent and Hicks families buried). And I’ve been lucky to spot elk at Hicks Run almost every time I’ve stopped there – at the Viewing Area, down by the cemetery, and across the road along the Sinnemahoning Creek. And I was lucky enough to have spotted a couple of stragglers in the woods just beyond the meadow exposed by the Hicks Run Viewing Area platform. Maybe the arrival of spring motivated the elk to come up off the Creek and move up and out of the shade. Whatever the case, a victory is a victory!

I decided to head back towards Benezette as the afternoon was winding down. I wanted to stop and check out Ruffo Flat for elk on the south side of 555 coming into Benezette, as well as the downtown area to see if the weather hadn’t lifted other elk out of the shadows and into view. I spotted more elk passing through Dents Run – the same spot where I’d seen them earlier in the day, but now a few more elk were present. And I noticed the traffic on the roads that afternoon was pretty sparse and I was the only spectator on my stops. I was feeling truly grateful for the sightings of elk and the beautiful day and surroundings.

Passing the Flat and continuing through downtown Benezette, I passed the “Benezett Store Campground” on the left side of Route 555. As I approached the “Rut N Bugle” outlet (killer moonshine here!) I swiveled my head around and saw elk by the Campground across the road. With my car pulled into the lot at the Rut N Bugle, I crossed the road and spotted eight elk – three bulls and five cows that were grazing in the grassy meadow. I watched them for a few minutes and they occasionally looked up at me but kept up their grazing. While maintaining a safe distance, I snapped a few pictures in the fading sunlight and decided to call it a day, already thinking about, and looking forward to, my next trip to the PA Wilds Elk Country.

Elk can be viewed on virtually any outing to Elk Country. If you’re planning on coming out to explore, stop by the Elk Country Visitor Center (950 Winslow Hill Road, Benezette, PA 15821, 814-787-5167, www.elkcountryvisitorcenter.com). The Visitor Center, operated by the Keystone Elk Country Alliance, (KECA – info@experienceelkcountry.com) has elk viewing tips, various displays, educational resources and maps, and trained, helpful staff to answer any and all questions to make your elk experience exceptional. KECA is a wildlife conservation organization that operates and manages the Elk Country Visitor Center. KECA provides access to a number of educational resources, workshops, programs, events, and distance learning for individuals and groups of all ages. Check them out to learn more about these resources and opportunities to get involved.

So, when you come, remember to check out the above resources and:

Remember, it’s vitally important to act responsibly when in their habitat and be “ELK SMART” to keep PA elk wild: 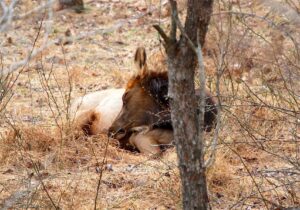 And most of all, enjoy a memorable trip to the beautiful countryside and enjoy our magnificent elk!

Ray Hunt is a freelance writer and avid outdoor enthusiast who enjoys fly fishing, mountain biking, hiking and other outdoor activities in the Wild. He is a member of the Diablo Fly Fishing Club, Trout Unlimited, and lives in Clearfield County and works in the media industry. 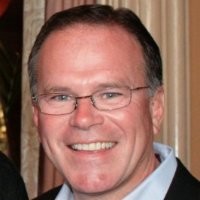