Clarion River, Finalist for ‘River of the Year,’ Honored with Postage Stamp

In late November, the Clarion was named one of four rivers nominated for “Pennsylvania River of the Year, 2019,” and this Pennsylvania Wilds river is also among 12 U.S. Wild and Scenic Rivers to be featured on a postage stamp issued by the United States Postal Service in the new year.

Some of us recall a time when things weren’t always so rosy for the Clarion River. It was once regarded as Pennsylvania’s most polluted waterway. Run-off from riverside tanneries and especially acid mine drainage more than a century ago contributed to devastating pollution, but in the 1980s, restoration efforts took hold, and nearly 40 years later the Clarion is home to clear water and a robust fishery.

Beginning in the Pennsylvania Wilds Elk Country and meandering southwest through the  Cook Forest & the Ancients landscape, the Clarion’s 110-mile-long recovery efforts continue today thanks to the conservation efforts of several agencies and organizations along its corridor, namely the Elk County Conservation District (ECCD), The Western Pennsylvania Conservancy and the Allegheny Watershed Improvement Needs Coalition (WINS).

The public was invited to vote online for River of the Year through Friday, January 4, choosing one from among four waterways: the Clarion, Conodoguinet Creek, Delaware River and Lackawanna River.

“This annual undertaking is much more than a public vote gauging popularity of a Pennsylvania waterway,” said DCNR Secretary Cindy Adams Dunn. “Regardless of outcome, the competition builds community support around our rivers and streams, putting them in the public limelight. All have truly unique attributes, offer incredible recreational opportunities, and offer significant boosts to local economies.”

The Clarion River is among 12 national wild and scenic rivers being honored in 2019 by the United States Postal Service with a new postage stamp series.

The Clarion was chosen for the stamp, along with 11 others, because it is one of the nation’s Wild and Scenic Rivers deemed “outstandingly remarkable for values including fish and wildlife, geology, recreation, and cultural or historical significance.”

The Clarion River stamp photo was taken by Pennsylvania native Bob Wick, a nationally-renowned photographer employed by the Federal Bureau of Land Management, which is one of four federal agencies working with states and local communities to ensure stewardship of America’s Wild and Scenic Rivers. 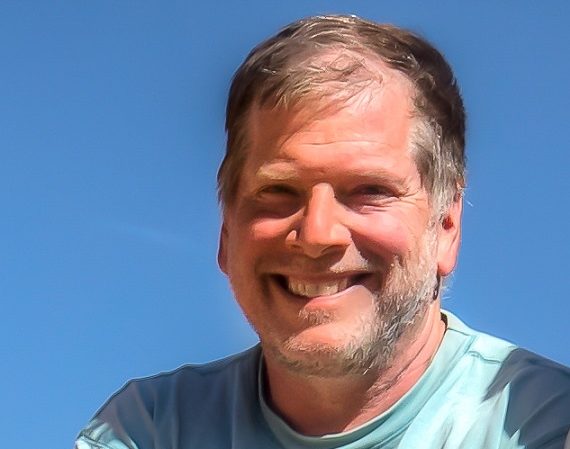 “That photo of the Clarion was taken upstream from Clarington and is looking toward Clear Creek State Park on the right and the Allegheny National Forest on the left,” said Bob. “Many people mistake the picture for a fall shot with all of the red tones.  However, it was taken just as the spring buds were beginning to break. The oaks and maples in particular have a red color.”

Bob said the Postal Service’s selection of his Clarion photo came as a surprise.

“In 2016 I brought my camera along on a family trip to capture some images of the Clarion for use in highlighting the 50th anniversary of President Johnson signing the Wild and Scenic Rivers Act, and we have been working together for several years on commemorative events to call attention to this visionary law that conserves these national treasures,” explained Bob. “A Postal Service Consultant contacted me and several other photographers last winter for potential images to use for the stamp series. I included images from the Clarion and more than a dozen other rivers for consideration. Of course, they loved the Clarion photo and it was selected as one of three of my images that they ended up using.”

Bob’s photos of the Missouri River and Oregon’s Deschutes River also are among images on the Postal Service’s new stamp.

Having grown up in Butler and Allegheny Counties and now based in California, Bob said his Pennsylvania Wilds roots run deep.

“From summer Scout camp at Lake Tionesta to family weekends in the CCC-built cabins at Clear Creek State Park, most of my early outdoor adventures were there,” he said. “These early PA adventures inspired me to pursue a career in natural resources management and my love of photography.  I have photographed some of the most remote and spectacular places in the U. S. including Alaska, but I never tire of the beauty of the Pennsylvania Wilds.”

Of the 12 rivers designated for the postage stamp, the Clarion is only one of two located in the eastern half of the United States. Michigan Upper Peninsula’s Ontonagon River is the other eastern river designated for the honor. Other rivers appearing on the stamp are located in California, Oregon, Alaska, Wyoming, Nebraska, Montana, Missouri and Washington State.

“Through Wild and Scenic Rivers, we strive for balance,” said the United States Postal Service’s Roy Betts. “Special streams and the lands surrounding them are reserved as sanctuaries, where clean waters support habitats for native wildlife. Adding the Clarion River to this special collection helps us to achieve that balance.”

Note: The stamps and other philatelic products will be sold through the Postal Store at usps.com/shop, by calling 800-STAMP24 (800-782-6724), by mail through USA Philatelic catalog or at Post Office locations nationwide. (The Postal Service receives no tax dollars for operating expenses and relies on the sale of postage, products and services to fund its operations.)

Take a Pass on Grass

3 thoughts on “Clarion River, Finalist for ‘River of the Year,’ Honored with Postage Stamp”