The CCC Boys of the Pennsylvania Wilds: A legacy lives on

Such an incredible sight. Rows and rows of tall pines rising to the skies. Trees planted in perfectly straight lines.

Then there were beautiful stone structures; pavilions, walls, bridges and cabins in state parks all over the Pennsylvania Wilds. 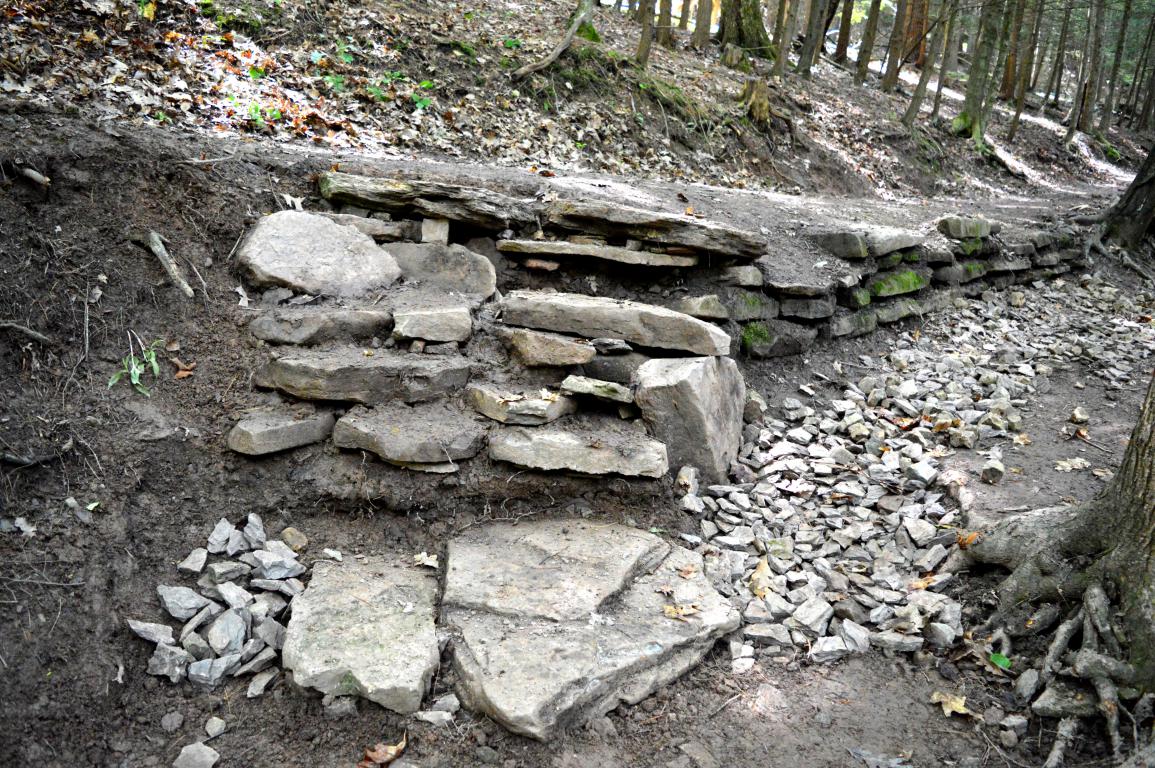 This sort of perfection was not the work of Mother Nature. Somebody put a lot of thought into this layout.

As a young boy, traveling across the northern tier’s Forest, McKean, Potter and Tioga counties, from Cook Forest, to Kinzua, to “Coudy” and “Canyon Grand,” I was drawn to these places and interested in the people who did the heavy lifting.

My elders explained to me, in somewhat reverent tones, the story of the Civilian Conservation Corps (CCC) and the “CCC Boys” who planted those pines, fought forest fires, built roads, bridges, fire towers and campgrounds, all of which became part of our great state park system.

My elders knew these fellas. Many of them were their neighbors and classmates. I was indeed fortunate to have so much first-hand information. 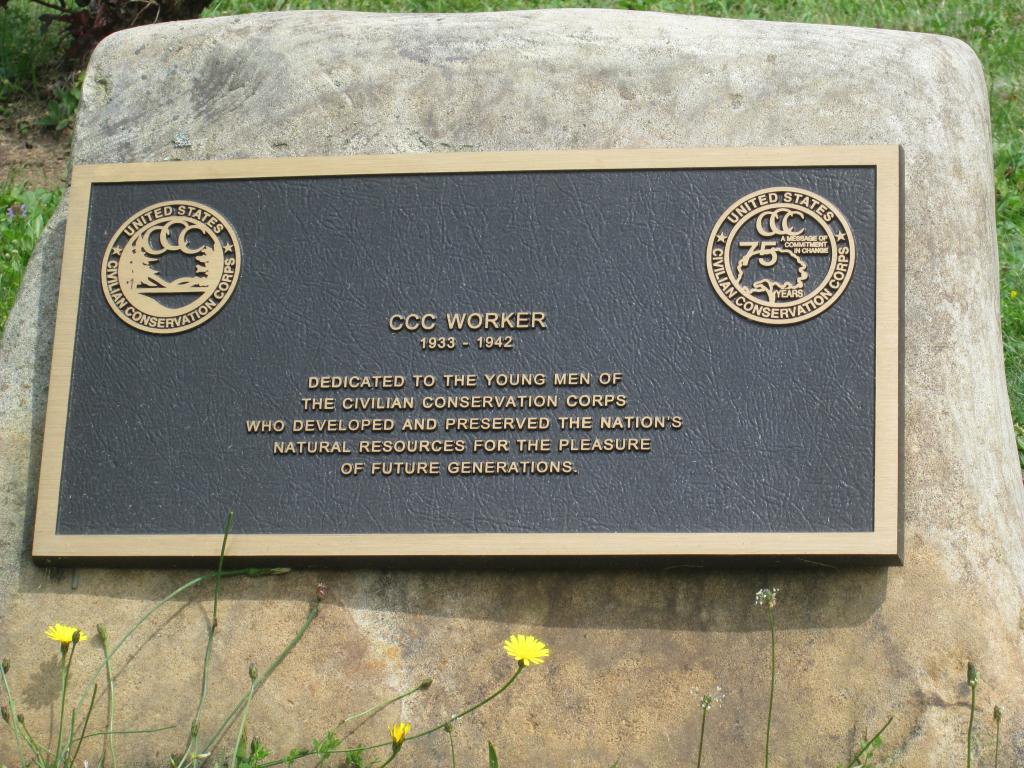 (Photos above depict a statue commemorating the Civilian Conservation Corps at the Pennsylvania Lumber Museum, located along Route 6 in Potter County. The cabin was built by members of CCC Camp S-135 in 1936.)

In the CCC era (1933 to 1942) nearly 195,000 Pennsylvanians served as “Three-C-Boys” in CCC camps. They came from families on various forms of government assistance, devastated by the effects of the stock market crash of 1929 and the ensuing Great Depression, as Pennsylvania and the nation languished in the depths of economic despair.

They were unmarried, between the ages of 17 and 25. They were called “boys,” but all became men, growing up fast, working hard to put food on the table back home. Food was scarce, bread lines were long, and jobs were few and far between. The boys were hungry and broke, with no hope of finding a job. 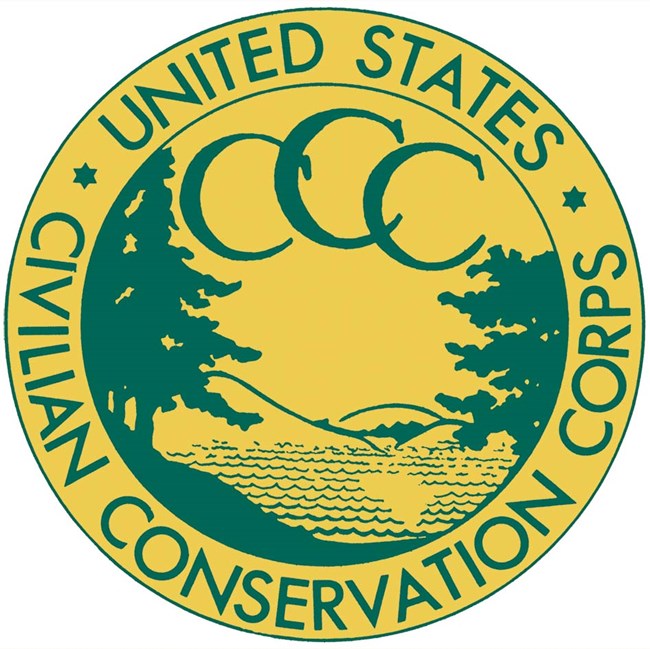 To put people back to work and jump-start the economy, President Franklin D. Roosevelt launched a public works program known as the CCC (Civilian Conservation Corps), which also later became known as “Roosevelt’s Tree Army” due to the millions of pines and hemlocks planted.

The CCC boys were required to enlist for a minimum of six months, with some serving upwards of two years. They were called “the dollar-a-day-boys,” because that’s what they got – a dollar a day, 30 dollars a month, of which they sent $25 back home to their parents to put food on the table. The boys got to keep $5 a month for themselves, which provided basic personal supplies, including a once-a-month haircut. With three square meals a day and lodging in the barracks, the CCC boys were afforded “three hots and a cot.”

Pennsylvania was home to the second largest number of CCC camps in the United States (151). More than a third of Pennsylvania’s camps (60) were in the Pennsylvania Wilds.

There were seven CCC camps in Potter County, one in Warren County, five in Forest, McKean, and Tioga counties, two in Clarion, two in Jefferson, nine in Elk, six in Clearfield, six in Cameron, eleven in Clinton and eight in Lycoming counties. There were eleven camps in the Pine Creek Watershed.

Noted Pennsylvania CCC historian John Eastlake of South Williamsport, a retired forester with the Forest and Water Service, said roughly half of the 120 sites in our modern-day state park system were the result of the CCC boys.

“During my forestry career, I was exposed to their work almost every day,” said Eastlake. “Many parks existed, but they were hardly developed. As a result, I doubt whether today we would have as many parks, forest roads and trails.”

Coudersport native Marie Pryslak’s late grandfather, George Pryslak, at the age of 18, went into the CCC’s Camp Leetonia, one of five CCC camps in the Tioga State Forest. Growing up in Potter County, now a couple generations later, Marie cherishes his many CCC stories.

“The first thing that comes to mind, of course, is the love I had for my grandfather and the love he expressed of having the honor of serving in the CCC,” explained Marie.  “A lot of the good things in his life were a result of being able to serve there. Looking back on the work the CCC Boys did and comparing it today is almost impossible. I believe it instilled a work ethic, independence, accountability, pride, friendship and a community. Those boys helped shape the society we live in today.”

(Photos above of Civilian Conservation Corps Camp at Leetonia and the CCC Boys reunion, provided by Marie Pryslak.)

Today, there are many examples of the “Three-C Boys” historic work in the Pennsylvania Wilds:

At Ole Bull State Park, the CCC Boys built picnic pavilions, latrines and the camping areas. They also constructed the original dam in the park’s swimming area. Over at Sizerville State Park near Emporium, majestic white pines and hemlocks tower over the park. The boys planted several thousand acres in and around the park.

That large stone wall you see at Hyner View State Park is the work of the CCC Boys. (Pictured at right)

Unfortunately in 1936, much of the camp that developed nearby Hyner Run State Park was destroyed by flood waters from the West Branch of the Susquehanna River, but there are still a few remnants of the camp. 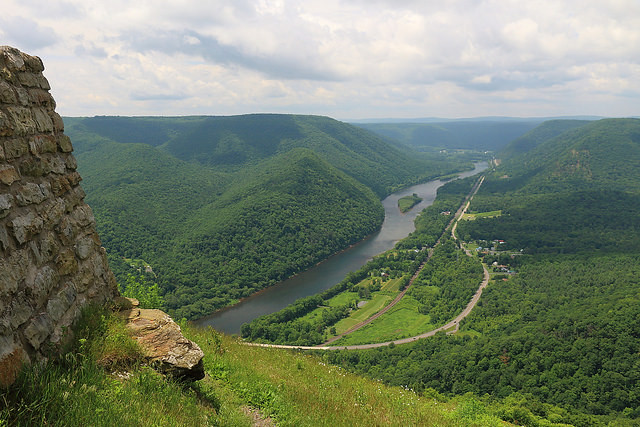 In 1934, they developed what is now the S.B Elliott State Park. The “Three-C Boys” built the roads, bridges, cabins, pavilions and trails. They also placed a plaque on the grounds honoring the Park’s namesake, Simon B. Elliott, a member of the Pennsylvania General Assembly and devoted conservationist.

Along Pine Creek, they helped develop both of our Pennsylvania Grand Canyon State Parks, Colton Point and Leonard Harrison. Additional work across Tioga State Forest included the erection of a fire tower and the development of a fish hatchery.

At Cook Forest State Park, the Indian Cabin District, single room log cabins were built on Toms Run by the CCC Boys between 1933 and 1935.

The CCC Camps were under the direction of the U.S. Army with guidance from the U.S. Forest Service, the National Park Service and the Departments of the Interior and Agriculture.  The Army provided the necessities for the camps, including medical supplies, equipment, clothing and food. The Department of Forests and Water (now the DCNR, Department of Conservation and Natural Resources) mapped out the work details and supervised completion.

At the end of the workday, there were educational and basic vocational trainings available to the CCC Boys. Government records show that nearly 60,000 illiterate men learned to read and write while serving in CCC camps.

In addition to the 17 to 25-year-olds, the CCC enrolled Army veterans from World War I. There was a separate works program in place for an estimated 88,000 Native Americans living on Indian reservations.

Women were prohibited from enlisting in the Civilian Conservation Corps, and even though there was an amendment outlawing racial discrimination in the CCC, young African American enrollees were required to live and work in separate camps.

Following the Japanese attack on Pearl Harbor in late 1941, the U.S. government began preparing for the possibility of war and, in 1942, Congress discontinued funding the CCC, diverting resources to the effort to win the war. Many of the boys who worked in the camps reported directly to the armed forces and aided in winning the war for our country.

Historian Eastlake said the CCC was a natural transition for young men entering the military during World War Two. “What they did during World War II is remarkable. Roughly 65 percent of the CCC Boys went into the military and helped our country win the war, and 40 Medal of Honor recipients are ‘Three-C boys,’” said Eastlake.

“Many didn’t separate their CCC time from their military time, it all meshed together. They went right from CCC to the military,” he explained. “What the CCC did for conservation was amazing, but when you think about what the boys did to fight for our freedom to go out and enjoy their projects is even more amazing.”

“The skills my grandfather learned in the CCC helped enable his position in the Army,” Marie said. “Growing up, I remember how he would talk about the war only if asked, but he bragged about the CCC all the time to anyone who would listen! He was very passionate and appreciative of being able to serve and being a member.” 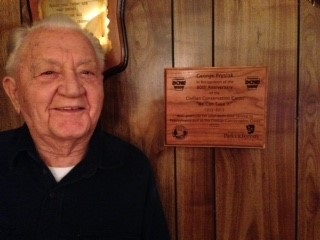 The Civilian Conservation Corps Interpretive Center at Parker Dam State Park in northern Clearfield County provides photos, exhibits, and videos of the life and times of the CCC Boys. The center was built by the CCC, which is open to the public Saturdays and Sundays from 1 to 4:00 PM during the summer season.

While many of the CCC camps have been decimated by time and the elements, the tree plantings and some state park structures remain as a lasting tribute to the work of a legion of young, hard-working, dedicated Pennsylvanians.

For many years after the War, they would gather at the camps to remember. Sadly, reunions such as these are becoming scarce, as are the numbers of ‘boys’ who served and made our State Parks the envy of the nation.

Still, the families of the “Three-C-Boys” remember.

Through faded pictures and newspaper articles, they proudly continue to honor the involvement of their loved ones who served.

Many of them agree with John Eastlake that it is gratifying to see Marie Pryslak’s generation holding on to the memory of the work ethic and timeless value of what their elders, “the boys,” stood for.

17 thoughts on “The CCC Boys of the Pennsylvania Wilds: A legacy lives on”