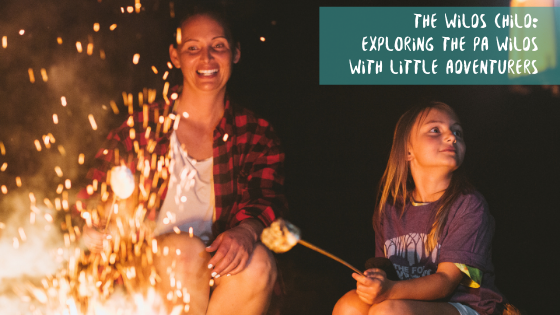 I was talking with a friend of mine the other day, each of us comparing stories of our days spent in Europe – hers, during a honeymoon in Greece, mine studying abroad in Portugal during college. She raved about the Grecian tile, about the ruins of citadels, about 1000-year-old mosaics that you could still see on city walls. I waxed poetic about walking on 500-year-old cobblestone streets, about the old fortresses that dotted Porto’s foggy shoreline, about the massive cathedrals.

“It’s a shame,” I said, recalling the triumphal arches of Lisbon and the Roman aqueducts of Coimbra, caught up in my own romanticized revelry. “Our country is too new. We don’t have ancient infrastructure like that here.”

But, of course, I was wrong. 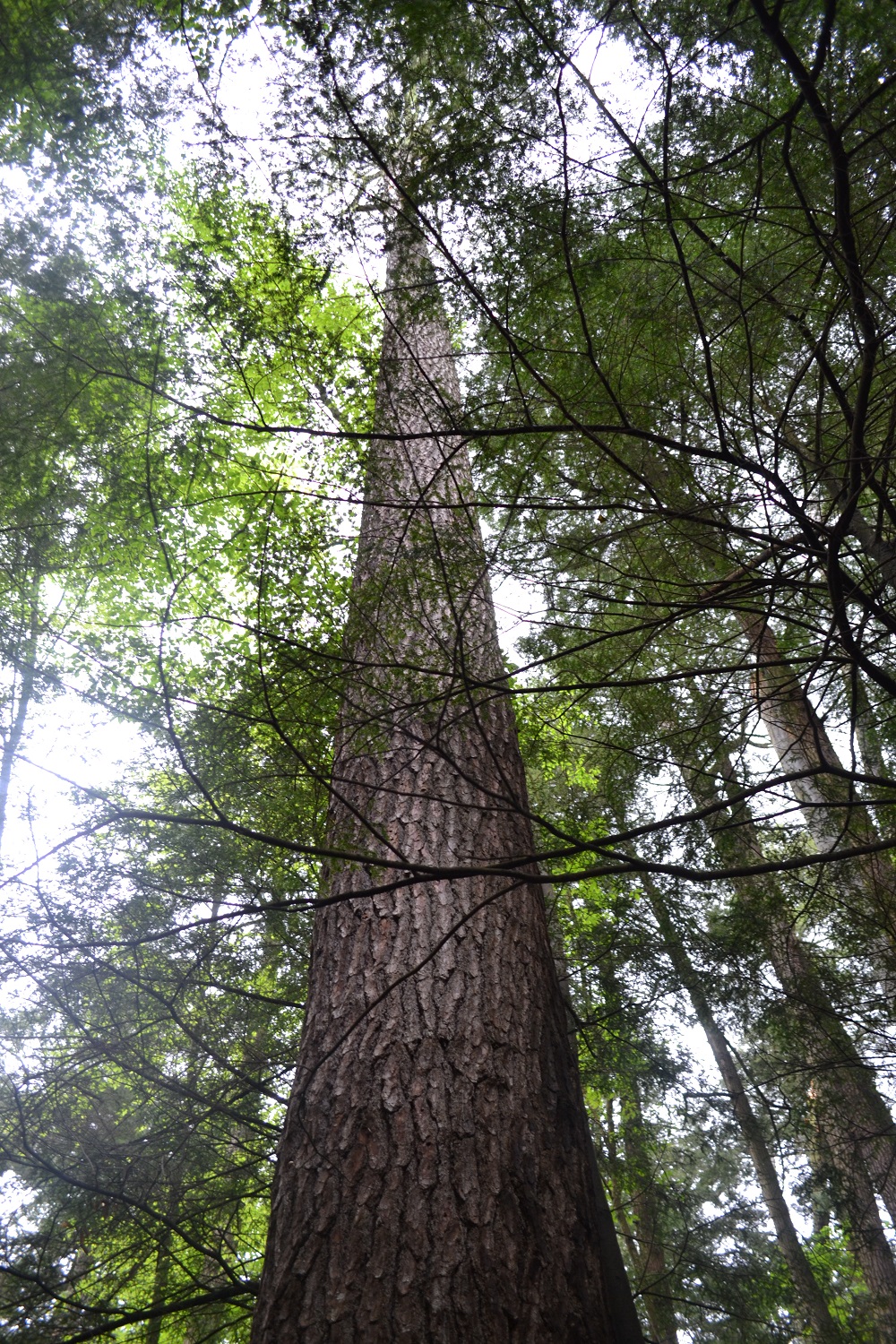 True, ours is a relatively new country, at least for the Europeans who settled here. Newer still are our towns and the sprawling backcountry roads that join them. And while the U.S. itself is a story of the gradual expansion and colonization of wild and native land, there are a few spots remaining that are as old, if not older, than the states themselves, and one such natural spot just happens to call home the Pennsylvania Wilds.

When I told my boys that we were visiting Cook Forest and the Ancients, my three-year-old’s eyes widened in wonder.

“The Ancient Forest?” he repeated. I could see the wheels turning in his head. It sounded like the kind of place out of a story, filled with fairy circles and trees with wise, kind eyes who may just whisper their secrets, if you know how to ask. He was lost in thought for a moment before he asked, “Can we go today?”

The Ancient Forest, also called the Forest Cathedral, comprises a wide swath of Cook Forest State Park in Clarion County. A densely-packed area of white pines, hemlocks, American beech, and red maple, it’s one of the few old-growth forests remaining in the U.S., with over 300 acres of trees that are 150-years-old or older. A registered National Natural Landmark, the Ancient Forest is considered the largest and grandest old-growth forest in Pennsylvania and, indeed, in the entire Northeastern U.S. In a region whose history has been dominated by a booming lumber industry, the forest’s preservation is a small miracle of fate.

Despite its vastness, the Ancient Forest and the trails that weave through it are surprisingly walkable for little legs. We set off up the mountain, two toddlers and a puppy in tow, and only a handful of times, mostly near the end, did we have to stop to take a break.

“This is amazing,” my three-year-old called, running ahead of us on the wide, well-maintained Longfellow trail. Occasionally he would glance at the 450-year-old canopy above him and shout “whoa!,” his young brother echoing him with his own excited exclamations. “This is what the forest must have looked like when settlers first came hundreds of years ago,” I explained to the boys, aware that they were totally incapable of grasping how old and large the forest was around them. For them, time still expands outward only from their birth. A storm had passed through earlier that morning, and a low fog and the smell of rain and woodsmoke from the nearby camps hung in the air. Thick, emerald-green ferns dripping with raindrops carpeted much of the sides of the path. We often passed fallen logs that were moss-backed and as wide as a child.

It is not fair, perhaps, to compare the Ancient Forest to the historic infrastructure that remains in Europe; wild spaces were cleared away millenia ago to make way for the bridges and aqueducts and large city walls. Those old stones continue to stand, not because they are particularly useful, but as testament to the history of nation-building. Look how far you’ve come, they seem to say.

But the Ancient Forest tells us something of that as well – in particular the wild spaces from which all humans spring. The beauty of the Ancient Forest is that it is still here, still providing a space of reverence and refuge, despite those settlement impulses. There are still the trees, still the habitats, still the quiet. Its preservation is contingent upon a cultural appreciation not just for old buildings, but also for the wild.

It’s worth mentioning that the forest still stands because grassroots activists from the area saw value in it; in the late 1920s, the Cooks Forest Association formed to help protect it. They raised enough money to purchase the land from a private owner and, with that, it became the first Pennsylvania state park to be acquired to preserve a natural area. In the 1930s under President FDR’s New Deal, the Civilian Conservation Corp undertook further work on the area. A monument to their hard work still greets hikers at the trailhead.

Walking, then, in the Ancient Forest is a lesson in history in the magnitude of human endeavors and experience, and it takes on a special kind of reverence when you explore it with a new generation.

Few children understand that the standard manicured American lawn is the product of intense cultivation; fewer still have experienced undisturbed land, habitats that have shaped themselves through centuries of self-propelled growth and destruction. Birds take refuge in the canopies. Moss, lichen, and fungi settle themselves down around fallen trees. The Ancient Forest is a chance to combat what Richard Louv called in 2005 “nature deficit disorder” in a very real, very profound way. It may be as close to the authentically wild as some of our children have ever gotten.

“If these old trees could talk,” I asked my sons. “What do you think they would tell us?” They both looked around and smiled, delighted by the thought experiment, but they didn’t have an answer. I’m older, but even I wasn’t sure.

About midway through our hike, we paused to rest atop a large rock. We’d packed a quick bag with diapers and snacks, and the boys were busy munching on crackers when suddenly a large crack split through the quiet air. It was followed immediately by a thunderous boom. Both boys glanced around, perhaps a bit fearfully, and I imagined their visions – of large trees pulling themselves out of the ground by their roots, beating back the brush, and beginning to stomp toward them. But the air was quiet now, but for the chirping of birds and the distant call of laughter from other hikers.

“That’s the sound of a tree falling in the forest,” I explained, pointing to a fallen log lying near the path. “Those old trees fall down and make room for more trees to grow.” It was a simple explanation (and I didn’t even bother with the zen riddle), but they were small boys whose attentions have been known to wander. Already they were itching to set off on the trail once more. 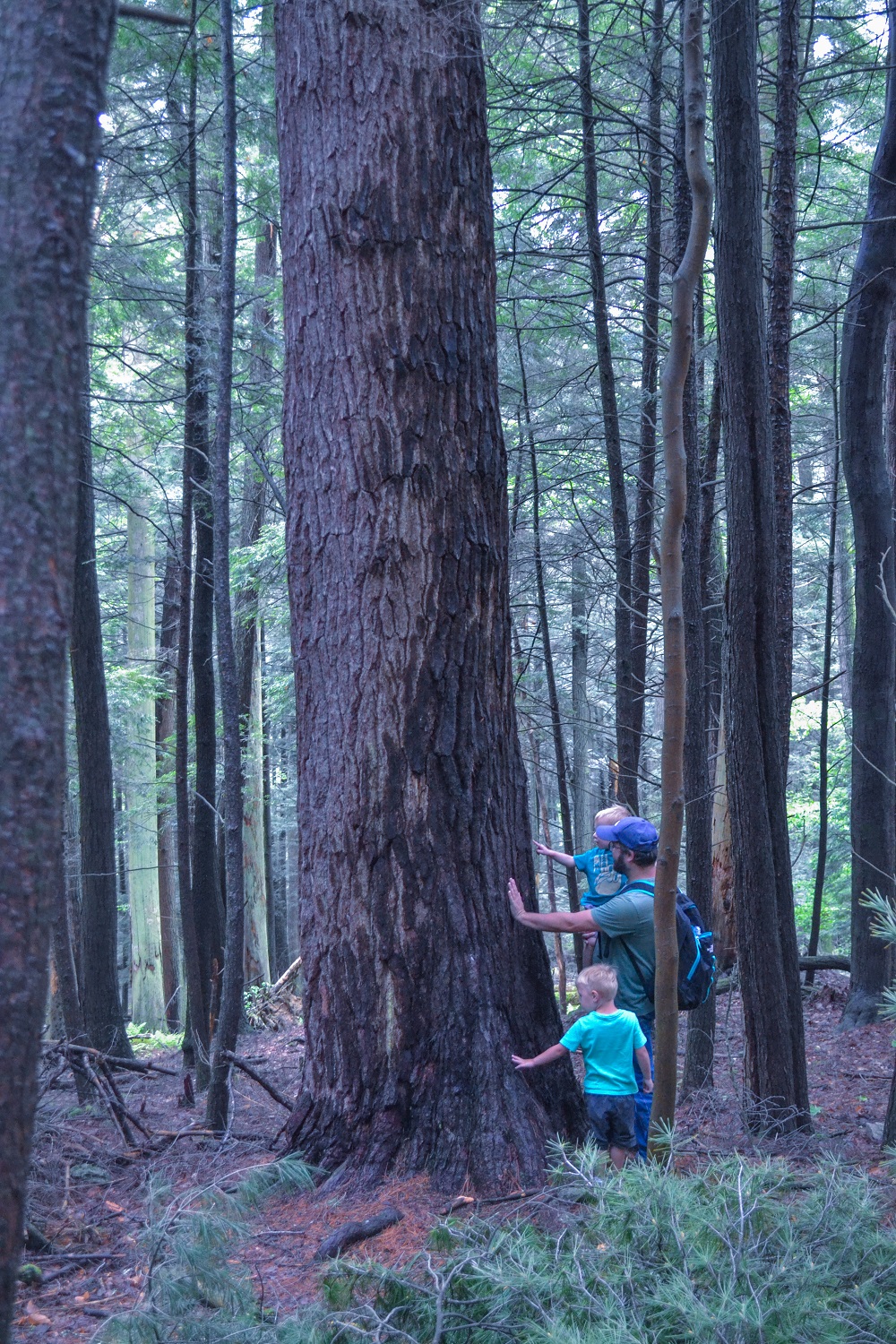 Did I impress upon my sons the importance of their home’s history and culture? Perhaps a little, but that is a lesson that warrants frequent repeating. Did they walk away from the journey thinking that the forest is cool and that they just had a daring adventure? Absolutely.

Driving back from the Ancient Forest, passing first the trees, then the campers and picnickers, then the camps, then the farms, and then finally my small hometown further upriver, I felt a strong sense of gratitude for the wild spaces around me, our own kind of ancient infrastructure. I’ve been fortunate to have some grand adventures in some amazing places; I’ve knelt at the altar of some of Europe’s largest, grandest cathedrals, marveling at the way the beveled stained glass windows split the morning sun into a thousand rays of rainbow light, but there’s something about the way the leaves of the tall canopies scatter the sunlight that’s all the more inspiring and beautiful. Holy, perhaps too. And I trust that someday my sons will travel far and wide and find, still, that there is a special place in their hearts for the Ancient Forest and its own cathedral of gracefully climbing trails, white pines, and sky-grazing hemlocks. 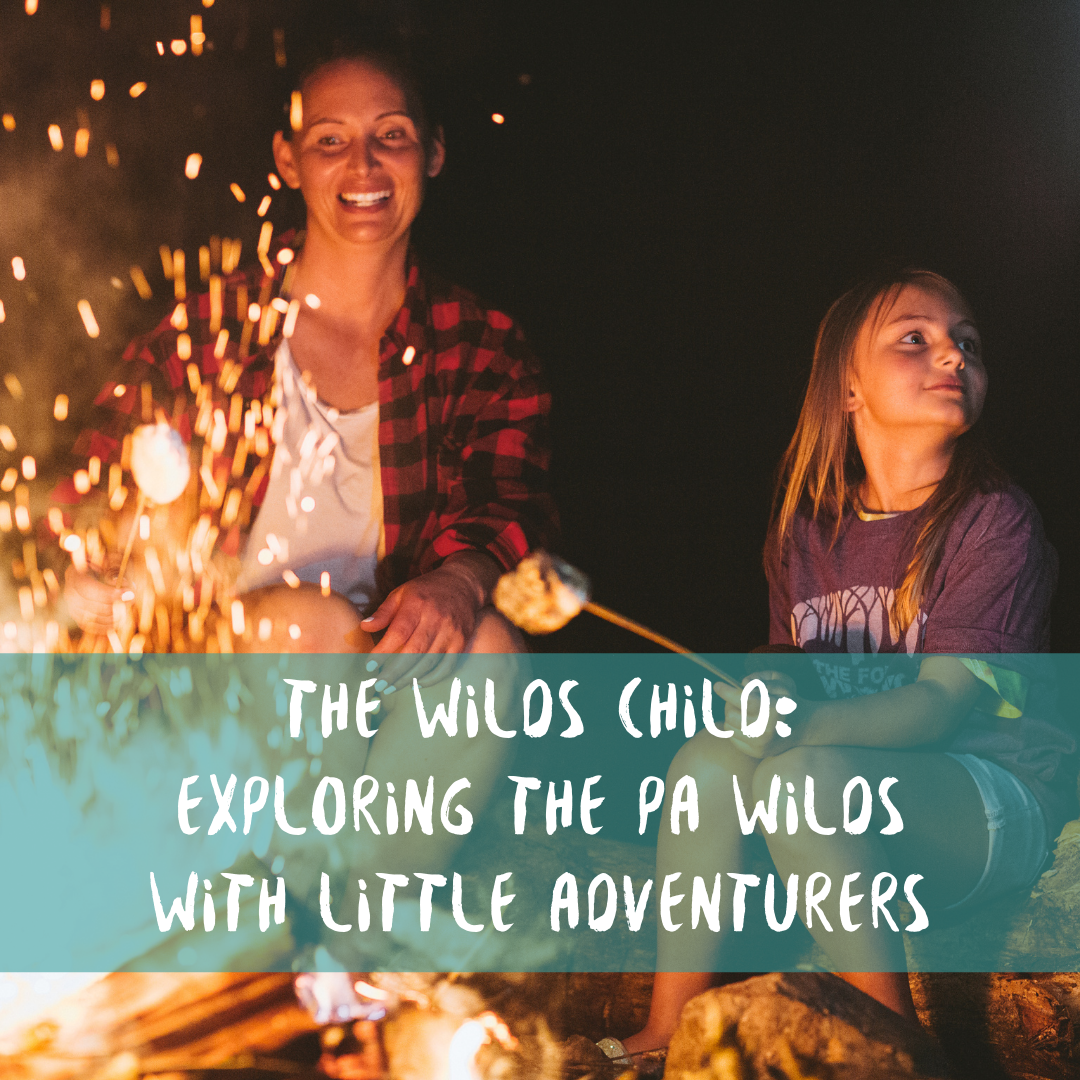 Things we’re thankful for in the PA Wilds

Have family visiting for the holidays? Here are some activities for spending time together in the PA Wilds!