‘We Watched the Stars’: The Wonder of Our PA Wilds Dark Skies

“Before we invented civilization, our ancestors lived mainly in the open out under the sky. Before we devised artificial lights and atmospheric pollution and modern forms of nocturnal entertainment, we watched the stars. There were practical calendar reasons of course, but there was more to it than that. Even today the most jaded city dweller can be unexpectedly moved upon encountering a clear night sky studded with thousands of twinkling stars. When it happens to me after all these years, it still takes my breath away.”

I. Nightscapes at Cherry Springs

Curt Weinhold, a life-long resident of Pennsylvania and avid photographer, as well as a PA Wilds Juried Artisan, would agree with Mr. Sagan. Curt includes night photography in his repertoire; he began offering classes called “Nightscapes” at Cherry Springs State Park five years ago, as a way to introduce folks to the wonders of the night sky. “So many attendees have never seen the Milky Way and are astonished to see it, then even more so when it appears on a camera monitor. It’s an awe-inspiring moment.”

The PA Wilds is proud to include within its bounds a region called the Dark Skies Landscape, which offers some of the best stargazing in the eastern United States. The landscape, which includes much of Potter County and parts of McKean, Cameron, and Clinton, is sometimes designated “the largest block of green between New York City and Chicago.” Within this region, the most spectacular area for night viewing is Cherry Springs State Park.

Nestled within the remote 262,000-acre Susquehannock Forest region of Potter County, the park began as a designated “scenic area” in 1922, becoming a CCC camp in 1933 and developing over the next several years into a rustic park. Its simple buildings were constructed, using local materials, to mimic the pioneer settlements of the Appalachian Mountains. Its current identity as a dark-skies mecca did not develop until the 1990s when the park began to attract the attention of astronomers, who spread the word that the site had a 360-degree view and no light pollution in any direction.

Not only is the park protected from artificial light by the surrounding forest, but it also sits on a plateau 2300 feet above sea level where there is nothing to block the view of the sky. Each year, between 60 to 85 nights offer skies that are ideal for viewing. And although visitors can easily access the park from Route 44, urban activity is kept at bay, with the nearest city sixty miles away and very little commercial air traffic. 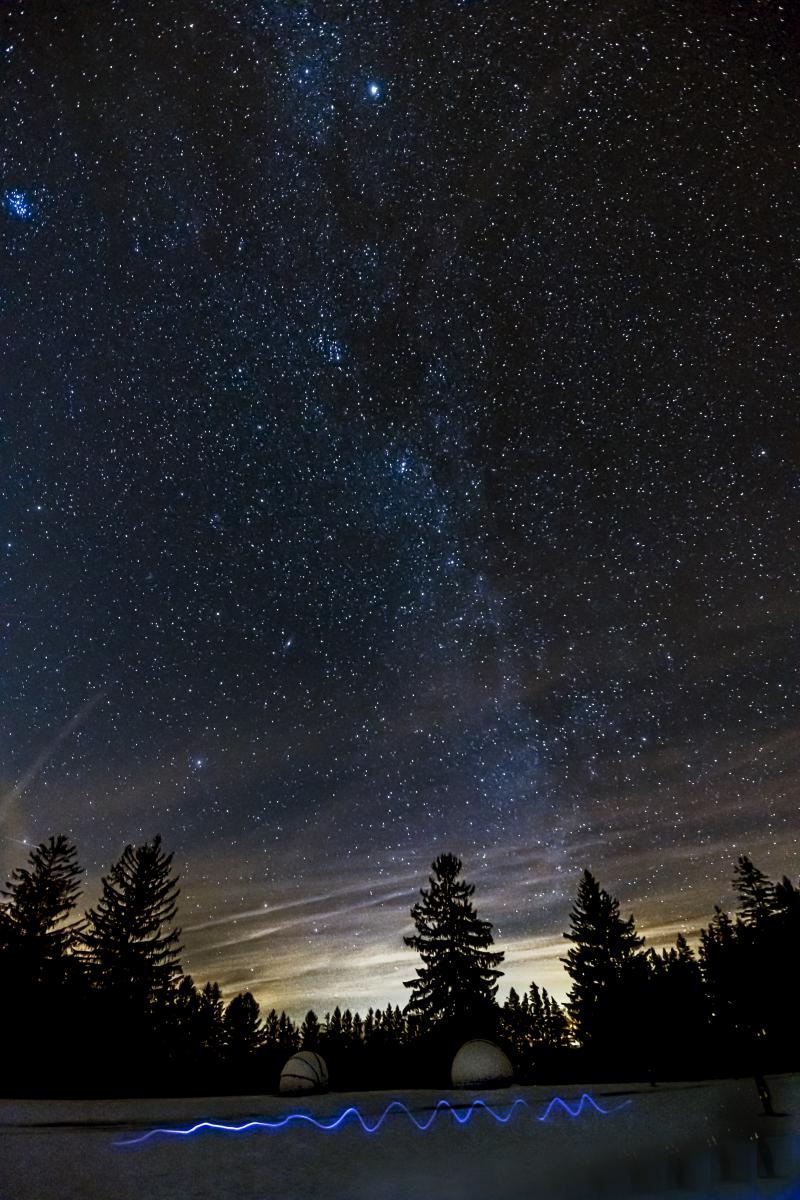 This means that prospective stargazers have access to conditions that are unavailable to two-thirds of the world’s population.

This includes most folks living in the United States and western Europe, many of whom have never seen the Milky Way, and for whom possibly only a few dozen stars are visible on a given night. In contrast, visitors to the park are able to see 10,000 stars with the naked eye under optimum conditions, and the Milky Way is so bright it can, as Sagan said, take your breath away.

Now considered a model site for night-sky viewing, Cherry Springs State Park has won numerous awards. Due to its “exceptionally dark skies,” the park passed a rigorous three-year application process and, In 2008, was certified as a Gold Level International Dark Sky Park by the International Dark-Sky Association, the highest designation available to a dark-skies site. In 2017 the park was given a “Great Places Award” as a PA Wilds Champion Award.

Anyone interested in learning more about how to photograph the night sky can sign up for a “Nightscapes” workshop here: https://events.dcnr.pa.gov/event/nightscape_photo_workshop_4583#.YWh_nxwpAuU  Curt typically offers classes between April and October, and he is willing to give private sessions as well. Arrange for a private session by texting him at 814 320-1857. As he says, “The more we see of nature and the universe, the more amazing it all becomes.” 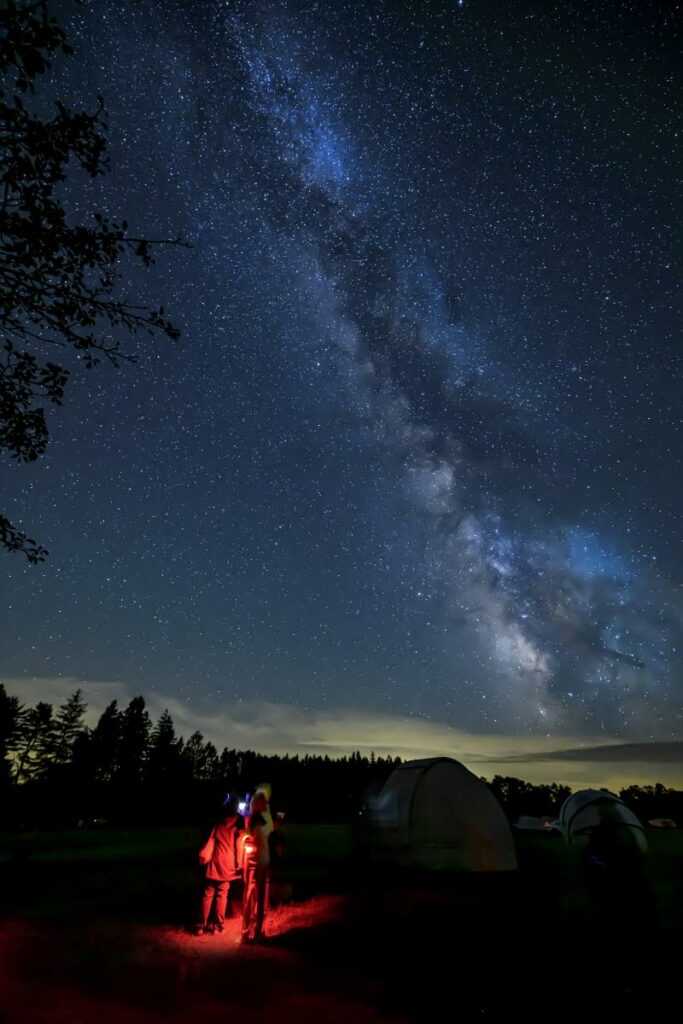 The Dark Skies region, attracting hundreds of stargazers each year, is important as a tourist attraction, but it also plays a significant role in conservation efforts to protect threatened ecosystems.

It can be argued, as Nadia Drake does in a National Geographic article on Dark Skies, that the light bulb revolutionized our lives, allowing us to extend our waking hours far beyond sunset.  But, as she goes on to say, “if light bulbs have a dark side, it’s that they have stolen the night.”  Glance at a map showing our planet’s night skies from space, and you will see vast swathes of every continent revealing, in startling color, the effects of electrification. There is a growing body of evidence that what is now known as light pollution is disrupting the biological rhythms encoded in all life-forms, to sometimes disastrous effect.

Birds and insects are particularly affected by this. For insects, artificial lighting disrupts their feeding habits as well as their reproduction and ability to pollinate. Migrating birds that navigate by moon- and starlight, become disoriented, veer off course, and crash into night-illuminated city buildings. In other parts of the world, sea turtle hatchlings, dependent on the light of the moon to navigate their way across the sand and into the ocean, veer off course and die when distracted by artificial light.

“If light bulbs have a dark side, it’s that they have stolen the night.”– Nadia Drake

Dr. Heather Bechtold, Associate Professor of Biological Sciences at Lock Haven University, conducts research on the ways living things respond to environmental cues.  One of those cues is light.  Over millennia of evolutionary adaptation, plants and animals have developed mechanisms to respond to particular amounts of light, emitted at just the right times.  Light pollution is throwing these mechanisms out of balance.

“Changes in light availability,” she says, “may alter an animal’s sense of space and location—for example they may confuse migration routes and feeding locations or pit stops. Too much light can alter behavior such as nesting, mating, and reproduction. Plants use strong cues from seasonal light availability, which signals timing for flowering, fruiting and seed set. Plants that misread environmental cues can mean lethal consequences. For example, if the plant doesn’t shut down for winter senescence (dormancy), it may freeze and burst cells and break branches.”  She concludes by saying, “Changes in environmental cues thus influence the timing of birdsong, budburst, reproduction, and migration.”

And human beings are not immune.  Our biological clocks have likewise been altered, our biochemical rhythms skewed.  Repeated and prolonged exposure to artificial light produces low melatonin levels and disruption of our wake-sleep cycles, which, over time, according to the Dark-Sky website, can lead to serious health issues.

In response to what many see as an alarming phenomenon, more places in the United States are setting aside areas called “Dark Sky Preserves,” similar to that of the PA Wilds, to appeal to stargazers and support biodiversity.  And here in Pennsylvania cities such as Pittsburgh are taking bold action.  Pittsburgh’s City Council just recently passed a “Dark Sky Ordinance.”  The first of its kind in the country, the ordinance will affect all of the city’s parks, facilities, and streetlights.  They plan on doing this by using lighting technology approved by the International Dark-Sky Association.  Diane Turnshek, astronomy instructor and special faculty in Carnegie Mellon’s Department of Physics, helped draft the ordinance.  She has been a dark sky advocate for ten years.  “The ordinance is about much more than astronomy,” she states. “Dark sky-compliant lighting will improve our nighttime vision, allow us to sleep better, reduce light distraction and glare, and allow the beauty of a soft, warmly lit scene to enhance our enjoyment of the evening.”

Whether we consider ourselves astronomers, photographers, nature lovers, conservationists, or simply folks who would like to expand our view of the universe, we don’t have to travel very far from home to enjoy Pennsylvania’s spectacular night skies. Cherry Springs Park is open year round and offers tech-friendly facilities for professional stargazers as well as free educational programs sure to delight the entire family.  It’s the place to be if you want to see meteor showers, the Aurora Borealis or, yes, the Milky Way.

The park’s camping area, open from April to December, has 30 camping sites that can accommodate tents or RVs, and its extensive trails invite biking, snowmobiling, cross-country skiing, backpacking, as well as ATV and horseback riding.  To find a schedule of events, go to DCNR’s calendar at Cherry Springs State Park – DCNR Calendar of Events.  And to learn more about dark skies, visit International Dark Sky Association – International Dark-Sky Association.

We can all participate in efforts to create darker nighttime skies. We can install motion detectors in our backyards rather than keeping porch lights on all night.  We can advocate for city lighting that uses “dark-sky compliant” LEDs.  We can volunteer to become citizen-scientists and collect night-sky brightness observations as part of the international “Globe at Night” campaign. (Go to www.globeatnight.org to learn more.). 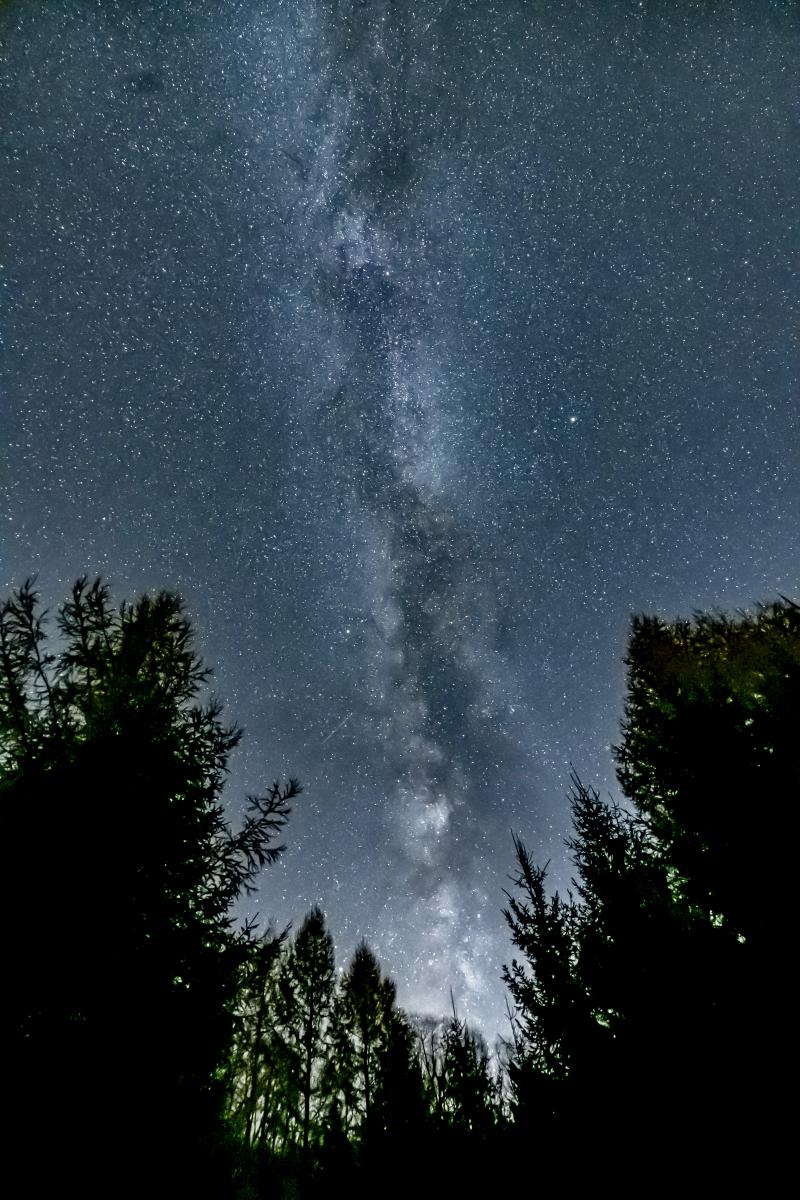 And we can find a dark-sky refuge, step into it on a starry evening, look up at the night sky — and simply be amazed.

A majority of pictures used in this article were taken by Photographer Curt Weinhold. Learn more about Curt and his amazing photographer on the Wilds Cooperative of PA.

Karen Elias, retired after 40 years of teaching college English, is now working as a freelance writer and environmental advocate in Lock Haven.  She recently completed training to become a Climate Reality leader and is using her writing to increase both awareness of our precious natural resources and support for environmental sustainability. As a regular contributor who shares Stories of Personal Experience And Knowledge to the PA Wilds 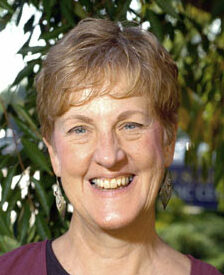