The Susquehanna : One of the Oldest Rivers

The Susquehanna River is the longest river on the east coast, at over four hundred miles long. It runs through New York, Maryland, and Pennsylvania. The north branch begins in New York State, with the West Branch beginning in Cambria County, and both branches join to form the main branch near Northumberland. The river runs roughly southeast for the most part and empties into the Chesapeake Bay. The majority of it is in Pennsylvania, and a considerable part of the West Branch runs through the Pennsylvania Wilds.

It’s also considered one of the oldest river systems in the world.

Geologists say that the Susquehanna River is over 300 million years old. Personally, it doesn’t look much older than ten million to me, and I suspect it’s had a little work done. But I’m no expert, so I defer to the people who know. 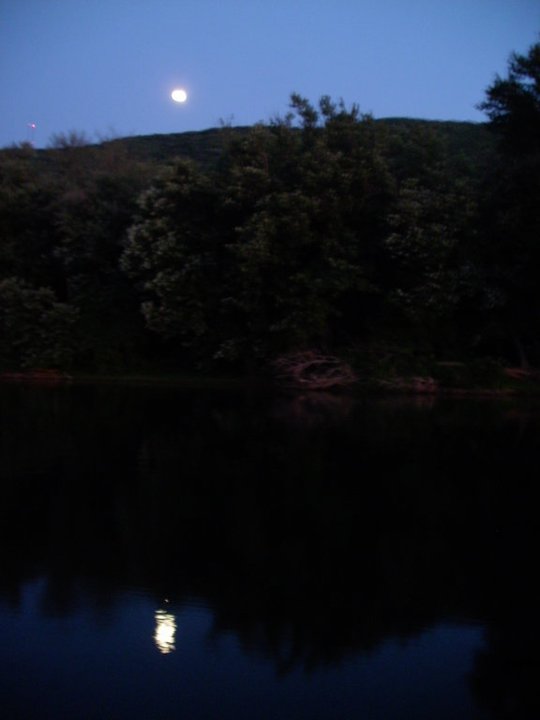 The river runs through the Bald Eagle Mountains and the Appalachians and is much older than both mountain ranges. The Susquehanna was already there when the mountains were formed.

According to Dr. George P. Donehoo, once Secretary of the PA Historical Commission, the entire river takes its name from the West Branch. The Native Americans originally referred to the West Branch as “Quenischachachgekhanne,” which meant “the long reach river,” and my spell-checker hates it and I’m not typing that again. The North Branch had an equally long and intricate name which meant “the river of clear flats.” The name also may have come from the word “Siskuhanne,” which meant “muddy river,” according to some sources.

J.F. Meginniss, in his book “Otzinachson,” writes,”The West Branch rises from springs on a mountain plateau, about eight miles north of the picturesque Ebensburg, Cambria County….In pursuing its winding course it passes through Clearfield, Clinton, and Lycoming, and in running south forms the boundary lines between Northumberland and Union Counties, before it unites with the North Branch at Northumberland.” Meginness notes that according to some sources, the Native Americans believed the river valley to be haunted, and referred to it as “Otzinachson,” which meant “The demon’s den.”

The Susquehanna River was an important part of the growth of our local municipalities. With various communities making money from lumber in the mid-1800s, the lumber rafts on the river played a huge role. This led to some conflict between some counties: In the 1850s, Williamsport went to court and got an injunction against Lock Haven, stating that the lumbermen of Lock Haven were only allowed to use the south side of the river. This was due to fears that Lock Haven could monopolize the entire river, choking off an important economic resource for Williamsport. Clinton County attorneys S.D. Ball and S.R. Peale fought the injunction in court for over a decade, finally overturning it.

And in 2003, the Pennsylvania Wilds was created to promote tourism to the thirteen-county area as a way to create jobs, diversify local economies, inspire stewardship and improve quality of life. The West Branch Susquehanna River is often pointed to as one of the must-experience recreational attractions in the region. Ellison promotes the Susquehanna Water Trail as a good opportunity for this, and reflects on the history.

“Of all the sections of the Susquehanna River Water Trail, the Susquehanna River Water Trail – West Branch has some of the most remote and wild paddling routes,” Ellison mentioned. “This is due, in part, to the large expanses of preserved open space along the shores of the West Branch, the majority of which were set aside following the lumber boom in the area. You can still see some of the lumber rafting sites and river ties in rocks along the water trail. Adventurers seeking to really get away will find multi-day trips among forested ridgelines and amidst some of the region’s famous animals such as the elk, bald eagles, and more.”

Today, tourists boat, fish, and swim in the Susquehanna River….often without any idea of just how far back its history goes.