The Devil went down to the I-80 Frontier

Out of all the folklore in the Pennsylvania Wilds, one of my favorite collectors of it is Henry Wharton Shoemaker. Shoemaker, who lived in McElhattan, Clinton County, gathered and wrote down volumes full of old legends from the area. The thing I like best about all these is the sheer outrageousness of the stories. Shoemaker seemed to have an affection for the strangest, most bizarre old legends he could find.

Only Shoemaker would have tried to tell a story involving an evil man and the devil, and a Christmas story yet. Because Shoemaker is one of my heroes, and because I’ve never exactly been opposed to an outrageous story myself, I chose to share this legend with you for this holiday season, in spite of the hate mail I am sure to get over this.

This one comes from Shoemaker’s 1911 book “Pennsylvania Mountain Stories,” and has a burst of outrageousness right out of the starting gate. It begins,”When Bob Giry was shot to pieces by a sheriff’s posse in Kansas….A pair of very peculiar earrings were found in his ears.”

Henry Shoemaker wasn’t telling Christmas stories on the same level as Charles Dickens or Dr. Seuss, is what I am saying here. 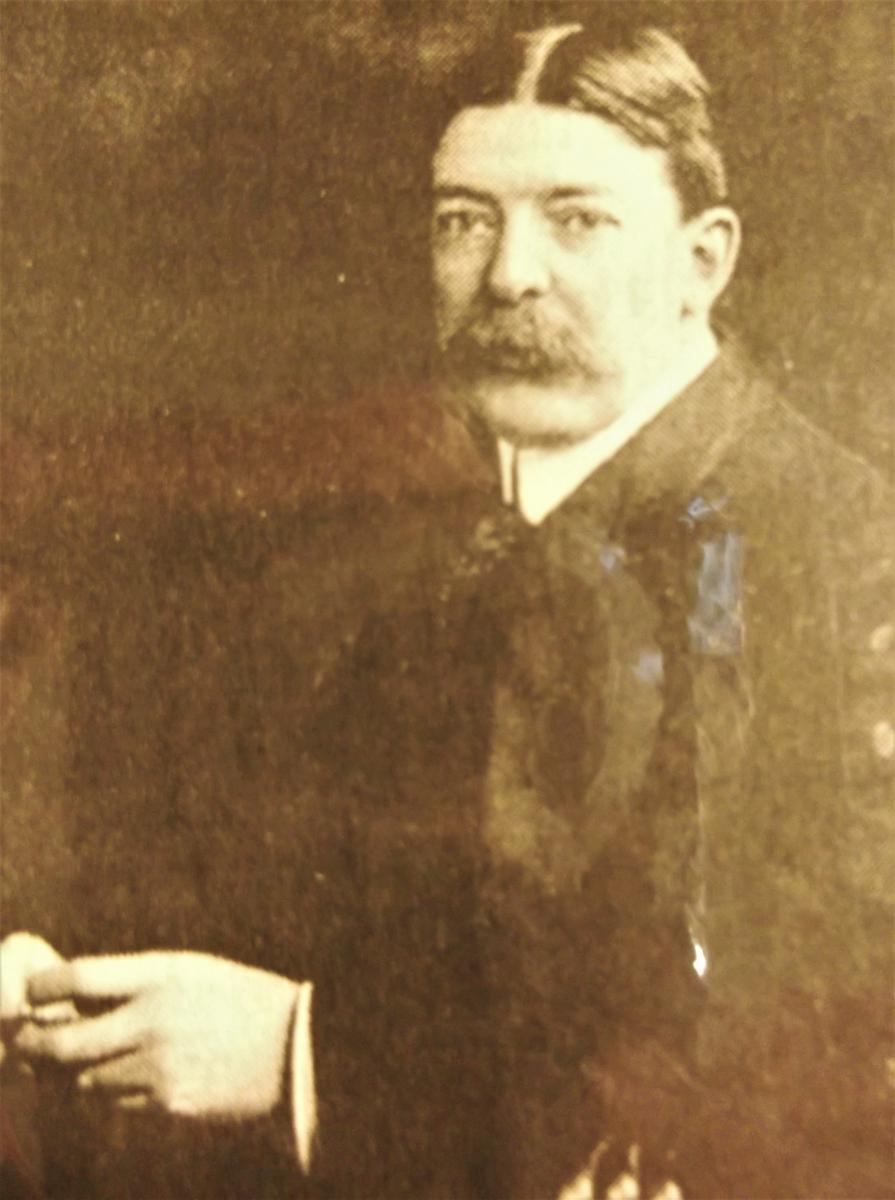 Bob Giry was the son of a preacher from Sugar Valley, in Clinton County along the I-80 Frontier. Giry himself, however, went the other direction. He was not a good person. He bragged that he had never been inside a church, and in fact would only get close to one if he was going to throw rocks through the windows.

Giry grew up to become a lumberman, working in one of the remote lumber camps in the area. The book describes him as “A big fellow, black haired, swarthy and positive; there was no arguing with him.”

He achieved something of a following in the lumber camp; about fifteen of the younger men looked up to him and followed his evil ways. (I feel the need to remind you again that this is a Christmas story.) Giry rose to the rank of supervisor at the camp, and gave his followers the easy jobs.

One Christmas eve, they planned a “grand contest of profanity.” The idea was that the men would gather in a cabin and trade stories and opinions, each trying to be the most evil and cruel. They gathered with a supply of alcohol, shipped in from Loganton, and began their festivities.

At about midnight, there was a noise on the roof, and one of the men joked that it was Santa Claus. Everyone laughed, but as it turned out, Santa would have been an improvement. So would the Grinch. So would just about anyone else.

It was the Devil.

Shoemaker describes the Devil as being eight feet tall, bright red, and covered with short red hair. The men didn’t last long before demonstrating that they were not as tough as they’d tried to pretend, and fleeing out the door. Some of the men were later found throughout the I-80 Frontier, still running.

Giry himself got about a hundred feet from the cabin, tripped over a log, and knocked himself cold. You could make the argument that he deserved it. When he woke up, the Devil had dragged him back into the cabin, and was apologizing for having broken up the party.

Giry and the Devil talked for a while and got to know each other. The Devil, stating that Giry was the most evil man he’d ever met, gave him a pair of earrings as a gift. They were “in the form of coiled serpents, exquisitely made, and while apparently of gold, were transparent as crystal, and light as feathers.”

The Devil explained that the earrings would remind Giry to do evil every chance he got, and the two parted ways. Giry wore the earrings until he made it to Kansas, when he was brought down by the sheriff while escaping from the scene of the crime.

Not your typical Christmas story, I admit. But the Pennsylvania Wilds is not your typical place. It’s an area of wonderful myth and legend, a place where you can come and experience a variety of landscapes and adventures. You can shop in the PA Wilds gift shops—but avoid serpent-shaped earrings, just in case. Happy holidays, everyone.

X Marks the Spot: 6 legends of treasure in the PA Wilds