“See the green house down the street, Paul?” I asked my son as we stood in our front yard. “That has a connection to where we’re going today.”

“Yeah. We’re taking a trip to the Austin Dam Ruins in Potter County. That’s where a dam burst in 1911, and it flooded the community. The pieces of the dam are still up there, in a kind of park. After it happened, Lock Haven got some flood refugees looking for places to live. One family moved into that house.”

From where we live in Clinton County, we can reach the Austin Dam Ruins up in Dark Skies in about an hour and a half. That may not sound like much, but it’s an eternity for a fidgety kid. I’ve learned to make a couple of little stops along the way to break up the monotony, and one of the stops was Sinnemahoning State Park in Cameron County.

Sinnemahoning has some nice hiking trails, and even if you don’t go in very far, there’s still the George B. Stevenson Dam, which is worth the stop. We walked out the bridge over the spillway, which is dizzying to look over, and out to the overlook. It’s a beautiful view of the valley, and Paul has been interested in the concept of echoes lately. He hasn’t been able to create too many in our kitchen (though he’s tried) but he saw the potential here immediately. 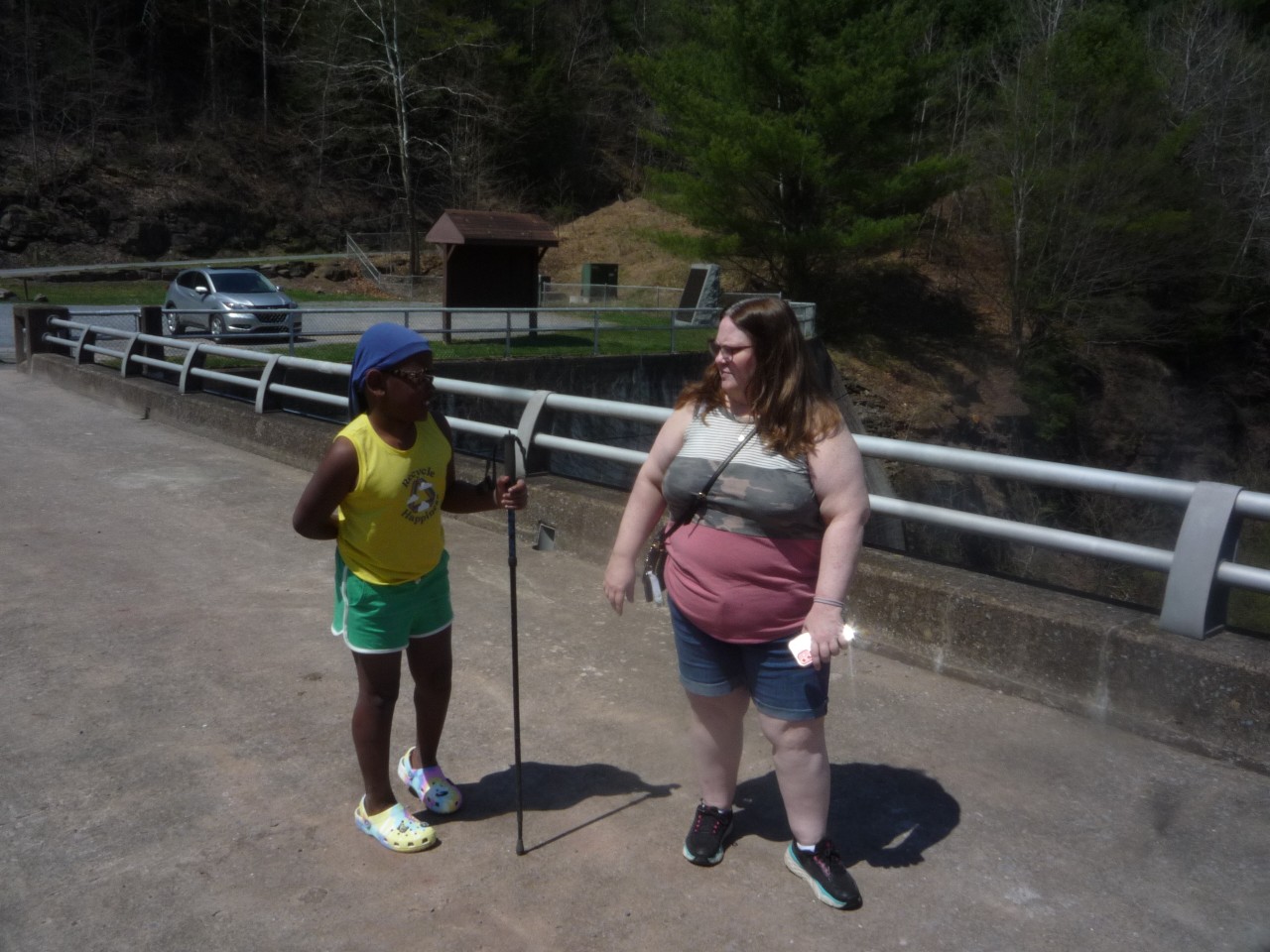 “HELLO!” he shouted. “PAUL! SEVEN!” And then he just began shouting random words to listen to himself. “CHICKEN! CHEESE! HOT DOG! YES!”

“Come on, kiddo, let’s let people enjoy their walk in peace,” I said. “If you watch, you may see some wildlife.”

“I see  a red panda,” Paul immediately said. (DISCLAIMER: Red pandas are not actually known to live in the PA Wilds.)

The Austin Dam Ruins are along Route 872, in Potter County just north of Austin. You see them from above before you actually reach them, looking down the hill from the road. I told Paul,”Keep your eyes open, little man. The ruins are on your side of the car.”

In a minute, we saw the ruins, standing below. There is something chilling and fascinating about your first sight of the Austin Dam Ruins, which are enormous and still standing where they were when the dam broke over a century ago. 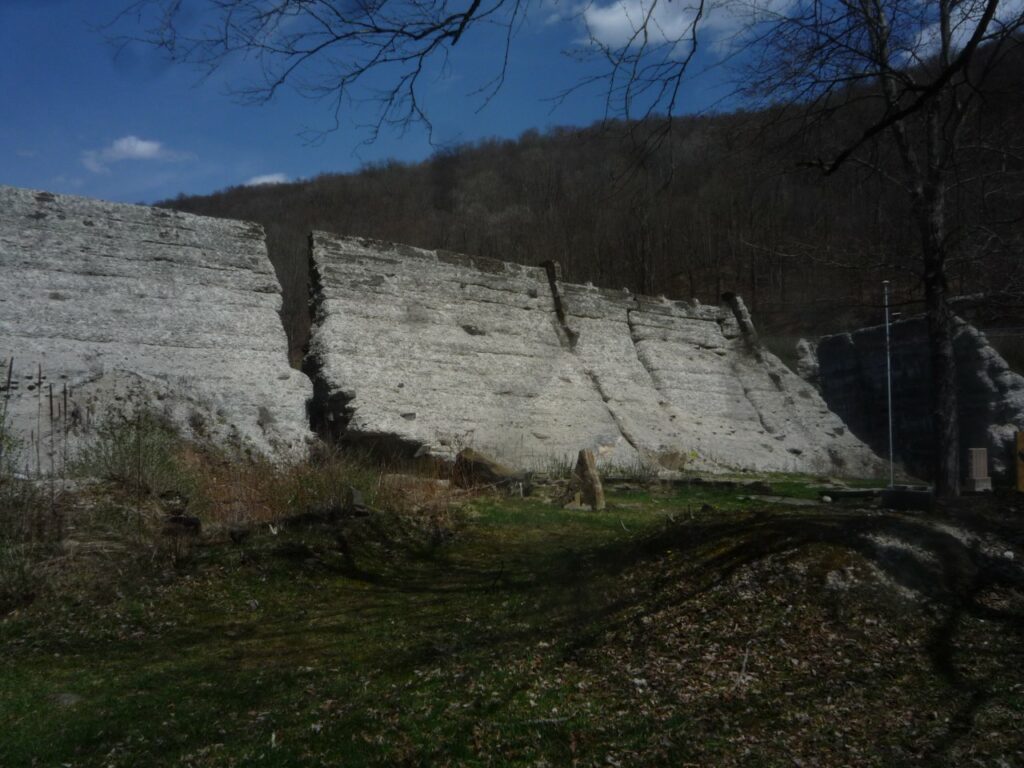 “Daaaam,” said Paul, his way of slipping in a swear word with literal accuracy.

We drove past, made the turn, and drove down the path to the actual ruins. My wife had packed a picnic lunch, and we ate sandwiches and chips on one of the tables under the pavilion. Generally, the food is Paul’s favorite part of the day.

My favorite part tends to be the exploration. We’ve been visiting the Austin Dam Ruins intermittently since 2003, but it never gets old. The last time was when Paul was two, a little young to remember it clearly. I walked around the ruins, taking a few photos and sort of marveling at the history of it.

The dam had been done too cheaply and too quickly, one of those things that had obviously been made by the lowest bidder. And on September 30, 1911, it had broken, killing seventy-eight people. A memorial by the dam lists their names.

I stopped to pet a dog being walked by an old guy. “I know you,” he said. “You’re a writer. Lou Bernard. I read some of your stuff.”

I will never get used to that.

The last time we were at the Austin Dam Ruins, I took a photo of my wife sitting on a bench with Paul looking over her shoulder.

They’d decided to re-enact it, which was a little challenging because the benches had all been moved since then. 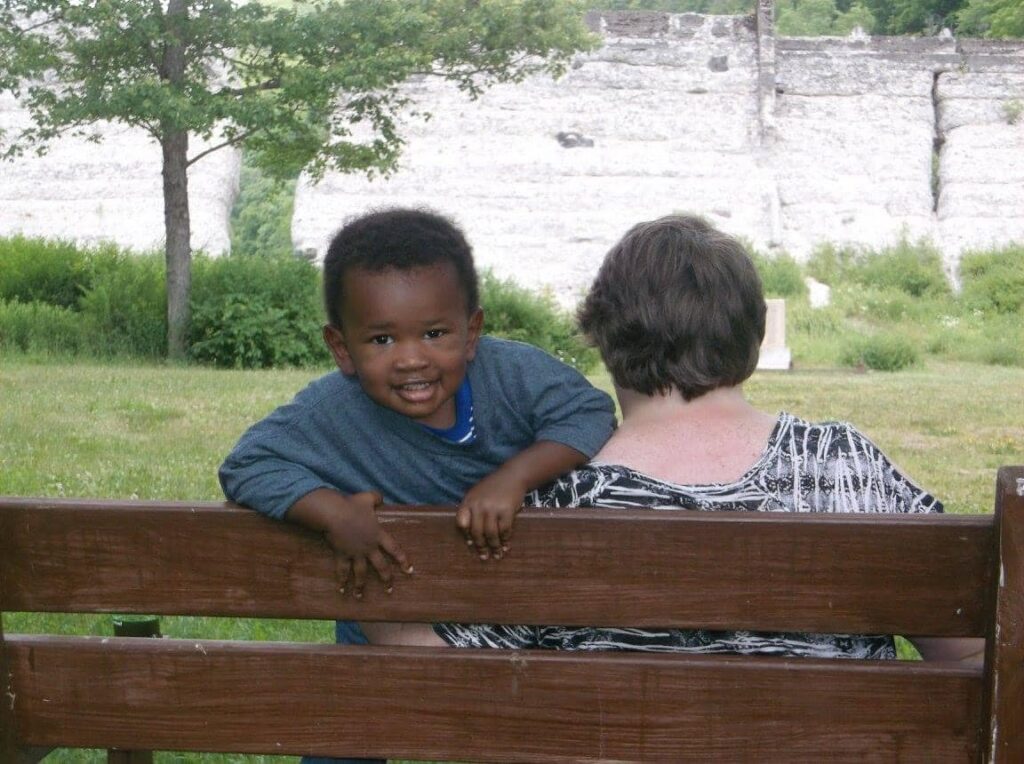 My wife sat on a nearby bench, and Paul, who has grown considerably since the first trip, looked over her shoulder and smiled.

He enjoys these trips we take in the Pennsylvania Wilds, and learns a lot about the area. It’s good for him to see these things, and experience what the place has to offer. 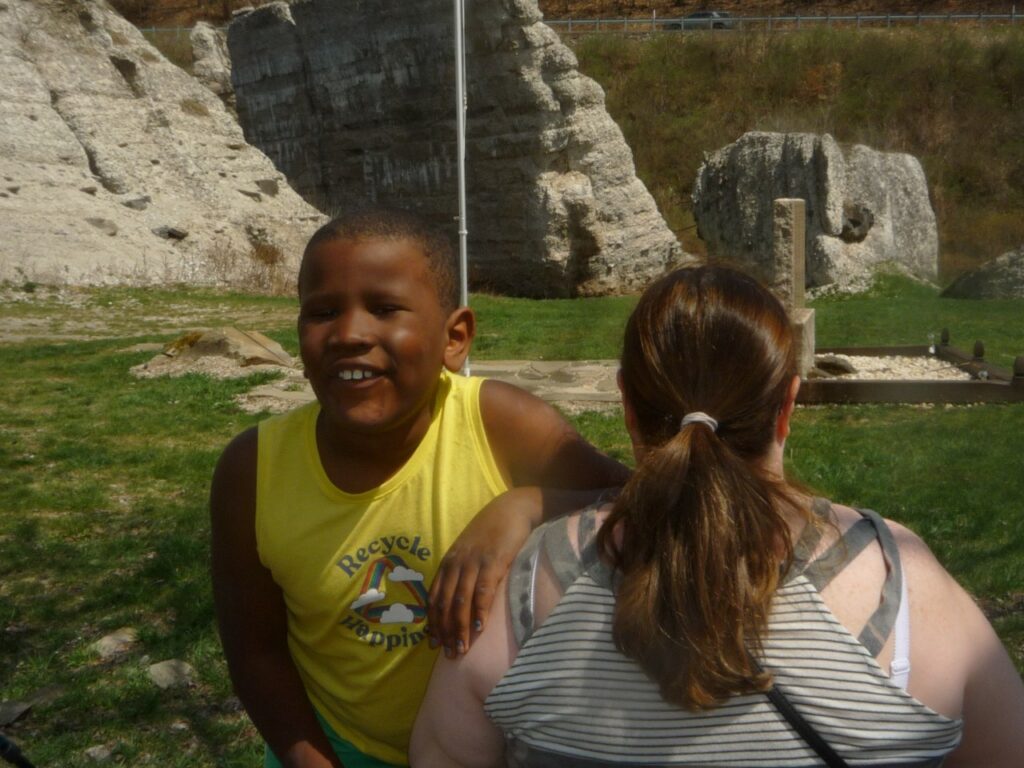 “What do you think of the Austin Dam, buddy?” I asked him.

“Maybe next week, we’ll take a trip to Tioga County,” I suggested. “What would you think of that?”

Lou Bernard is a freelance writer, historian, explorer, outdoor enthusiast, and paranormal investigator. Lou is a staff member at the Annie Halenbake Ross Library, and volunteers at the Piper Aviation Museum. He is a member of the Lock Haven Paranormal Seekers, and investigates old legends and stories from the past. He lives in Clinton County.

Cook Forest and the Swinging Bridge