Half a camping trip at Hyner Run

Nearly every summer, I get an invitation to speak at a state park. I have a friend who works for the DCNR, and he does a lot of the programming. So he invites me to be a part of it, and the state park people are really nice about letting me camp there. And I get an article out of it for the Pennsylvania Wilds. So it works out pretty nicely for everyone.

At the moment, my friend is working up at Hyner Run. Hyner Run is beautiful, just off 220 near North Bend, in northern Clinton County and the Elk Country landscape. So in mid-August, my family packed the car and drove up to find our campsite.

I figured a little camping trip would do us some good. Things haven’t been great lately, for obvious reasons. COVID numbers in my area are going up again, and it’s been depressing the hell out of me. My son Paul is in virtual school again this year, and that bothers him. He was really looking forward to being back in school, but the risk is just too great. So I thought getting out and camping would help; it worked last year when we went to Little Pine. 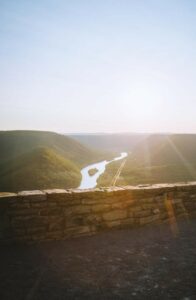 We got there in the early afternoon, and set up the tent at our campsite. Our site was close enough to the run that we could hear the water. They all are. It’s one of the nice things about Hyner Run State Park; it’s a smaller park where everything isn’t too far apart. This makes late-night restroom runs a bit easier.

Hyner Run is also not far from the site of an old legend, the Swamp Angel. According to the old stories, there was a woman who drowned near North Bend, which was once named Youngwomanstown. The stories say that she became a spirit called the Swamp Angel, who will come and help you if you ask. I figured if I got a chance, I’d go and look for the Swamp Angel. It’s nice to have a little side quest. 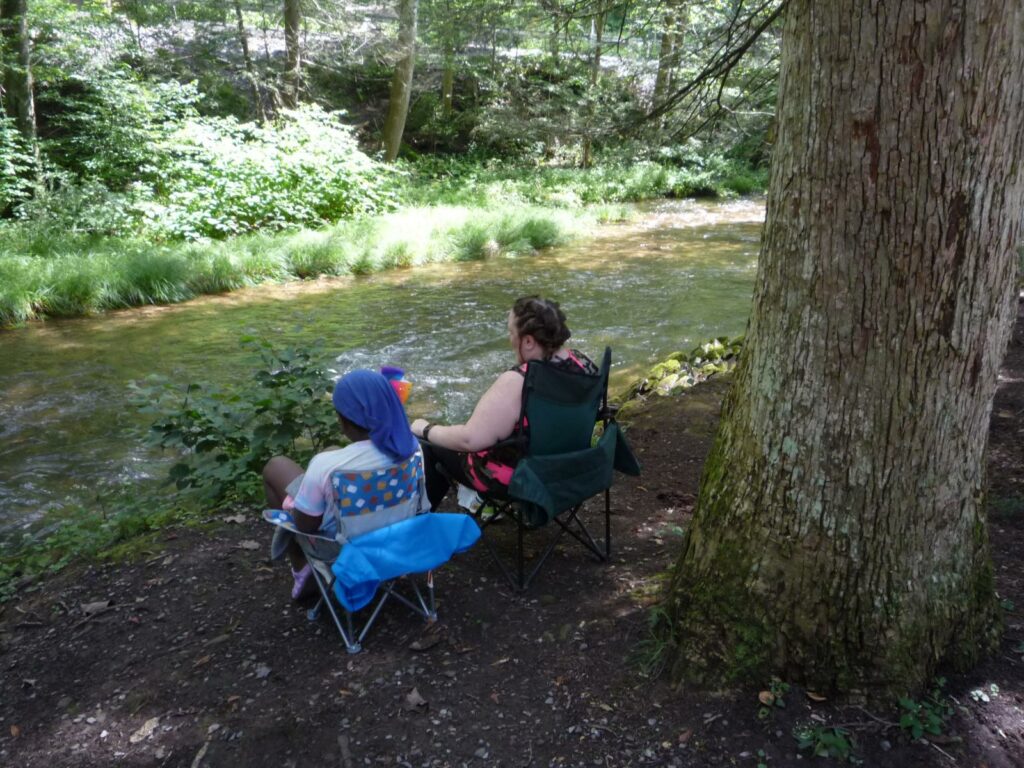 The first thing Paul wanted to do was run to the pool. He’d been waiting all week. He went up with his mother to swim while I explored a little, and then tried to start a fire. I got it to a low sort of semi-burn, enough to cook exactly two hot dogs before it went back out. The wood was a little damp from the burst of rain earlier. Damn global climate change.

At six pm I gave my talk. Did you know that Chapman Township, Clinton County, was the birthplace of voter fraud in the early 1800s? Did you know a new fossil was discovered there? Or that some railroad employees in 1903 claimed to have discovered the North Pole near Hyner? If you didn’t know this stuff, you’re not reading enough of my columns. Come to one of my speeches sometime.

Paul was swimming again during the speech. The kid loves the water. Once we got back to camp, I made another attempt at the fire, and it came blazing to life, just hot enough to toast marshmallows.

As the sun set, Paul began to get homesick. He missed his puppy, Rosie, who has helped him with a lot of his COVID-related anxiety. Paul told me that he feels sad and lonely, as if he has no friends. 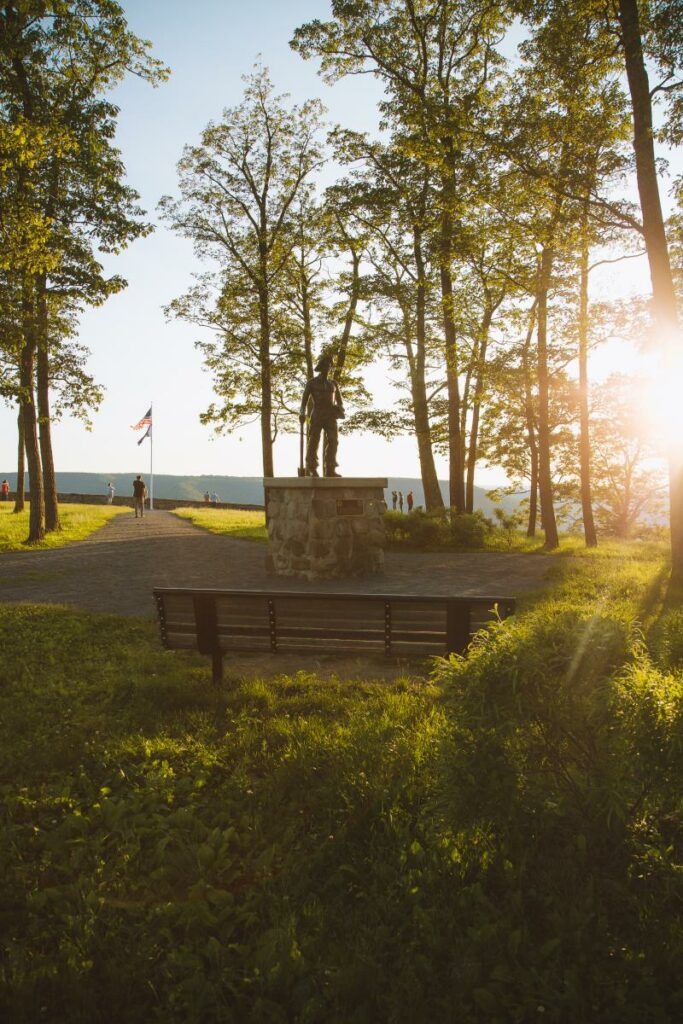 We walked down to the bridge, talking about what was bothering him. We talked as we tried to skip rocks in the water—I used to be better at that—and I admitted that I’ve been kind of sad and lonely lately, too. And we talked about it.

Like our campfire, I wasn’t doing so hot, and I was burning out. And also like our campfire, with some effort I could recover and do better. Paul and I both agreed that we liked this time together, and needed to find more things we could do together. I felt a bit better, and I think Paul did, too.

Maybe the Swamp Angel was there to help, after all.

We wound up getting about half a camping trip in. We packed up our stuff and went home around ten pm. But the quality time was nice. Spending time with my family, even with an incomplete camping trip….it helps. Things are good.