The Vanishing Hitchhiker is a pretty common urban legend, appearing in stories all over the country. If you’ve somehow managed to avoid hearing about this topic until right now, let me recap: A driver picks up a hitchhiker, always alone, always on some remote stretch of road in the middle of nowhere, and always at night. By the time they arrive at their destination, the hitchhiker has disappeared. There are variations on the story sometimes, but those are the basics.

The Pennsylvania Wilds, however, seems to have its own Vanishing Hitchhiker. In Inez Bull’s book “Cross Fork Tales” she reports having actually picked one up in Dark Skies Landscape.

Bull doesn’t explicitly mention where this happened. She describes the area as being on a remote, curvy road, near mountains, with very few houses around. That pretty much narrows it down to all of Potter County. However, given Inez Bull’s family connections, it’s a safe bet that the incident happened somewhere in the vicinity of Ole Bull State Park.

Bull was riding with her mother on a foggy night. Driving over a mountain, she and her mother saw a man in white, walking along the remote road. She couldn’t stop, however, because the narrow road was too fog-covered for a safe stop. They passed the hitchhiker, and could hear another vehicle behind them. Inez’s mother said, “Let them pick him up.” 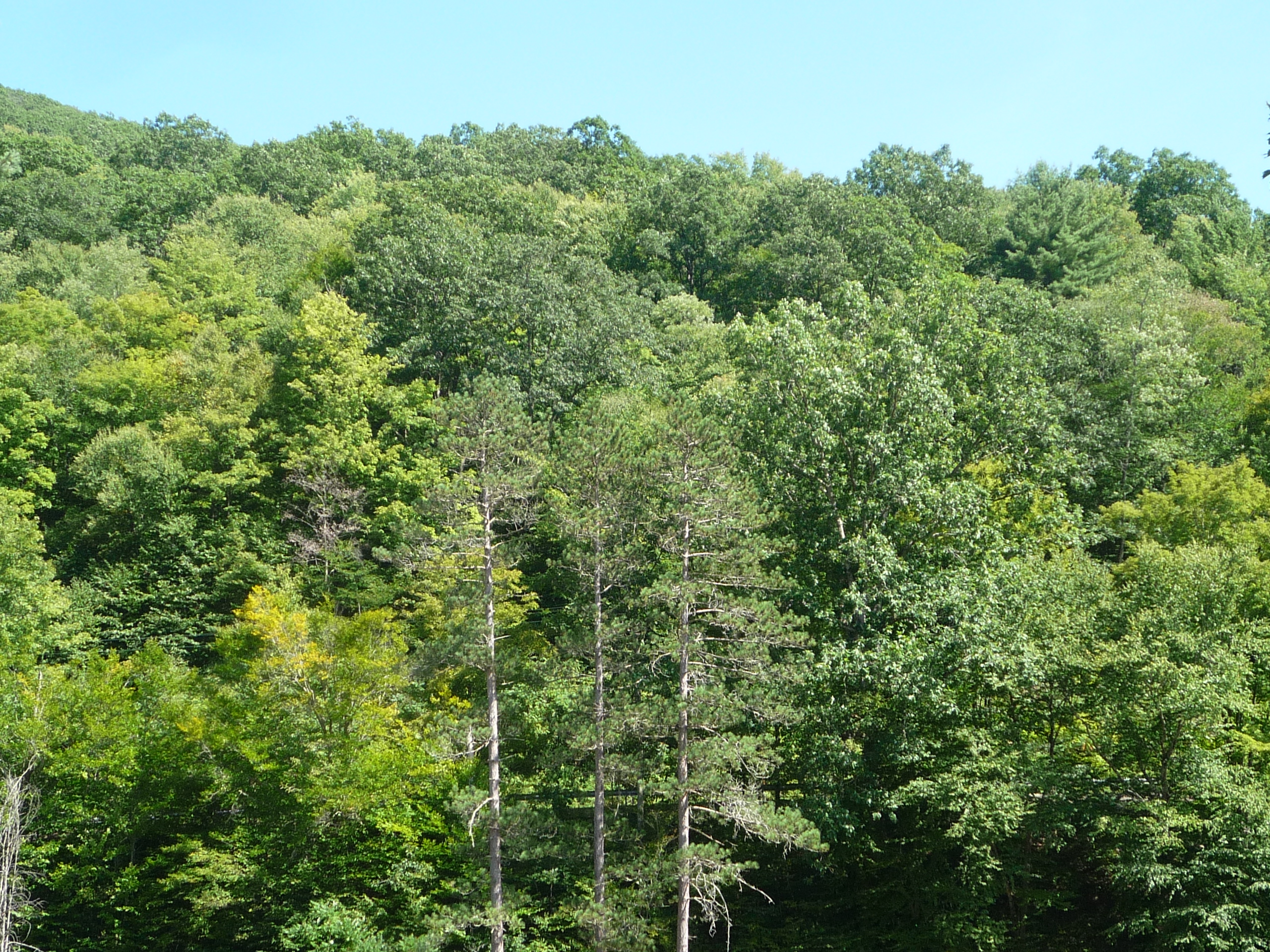 And they passed on. But a few miles later, they saw the same man, inexplicably now ahead of them. This time, they stopped and picked him up. He was an old man with white hair, dressed entirely in white.

“Where are you going?” her mother asked.

“North,” he said. “I walk across the world from north to south and east to west.”

When they got to the nearest town – which I’m making a guess at being Cross Fork – the man had disappeared. There had been no stops, and he couldn’t have left the car… and yet, he was gone.

There was, however, an old woman with a grocery bag walking along the road. Because this whole situation hadn’t gotten creepy enough yet, they stopped and picked her up, too.

They drove the old woman to an old, ramshackle house, and let her out. The woman invited them in, but then she disappeared, too, and the house was empty.

In the book, Inez Bull credits this as a religious experience, suggesting that perhaps her travelers were God. Personally I’m not convinced that God has the time to hitchhike the Pennsylvania Wilds, but I also know something that Inez Bull didn’t. There have been other Vanishing Hitchhiker sightings in that general area.

A few years ago, a local man came to me to tell me about something that had happened to him in his younger days. This was a reliable guy, involved in several local organizations, and unlikely to make up a crazy story. He’d been in college, but dating a girl in Renovo, and often driving the road between Renovo and Lock Haven – which is, incidentally, one of the routes you might take to get to Ole Bull State Park.

He saw a young man walking along the road, and stopped to pick him up, thinking he was also a college student and probably headed to the same place. The two young men chatted a bit, but when the car arrived in Lock Haven, the passenger was suddenly gone.

Does this mean there’s a Vanishing Hitchhiker walking the road between Lock Haven and Ole Bull? I couldn’t say for sure. But if you’re driving along that stretch, keep your eyes open. You may see someone walking on a foggy night, waiting for a ride.