This at eight in the morning; my seven-year-old son and his dog parading into the bedroom. I sat up in bed. “Okay. I’m up. I’m up.”

The Town of Wellsboro

Paul has no idea where or what Wellsboro is; he just knows he’s been promised a family trip. Wellsboro is the county seat of Tioga County, and in the Pine Creek Valley and the PA Grand Canyon landscape. It’s a beautiful community, and it’s only an hour from where we live, an important consideration when you’re traveling with a kid.

A shower and two mugs of coffee later, we were in the car, riding up 287 to Wellsboro. Paul had brought along a notebook, which he was scribbling in. “I’m going to write about what we do today,” he announced.

“Great,” I said. “Maybe when you’re older, you can write for the Pennsylvania Wilds.” 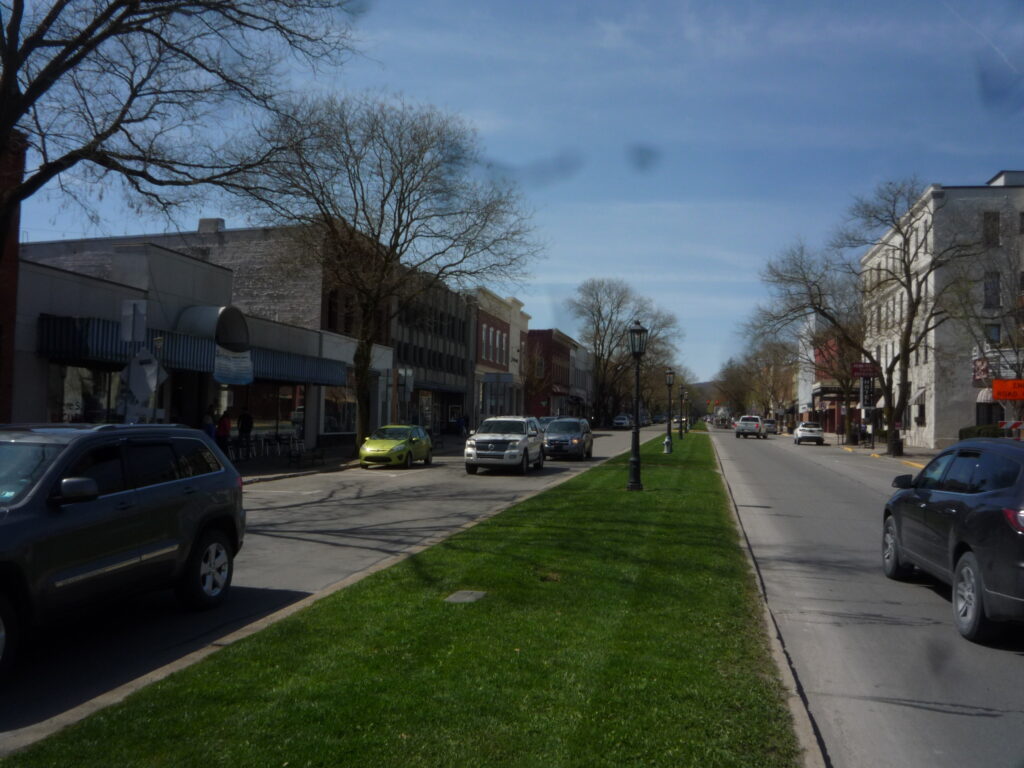 Comic Books and a Glitter Tattoo

When we got there, our first stop was lunch at a place my wife had been dying to try. Paul scribbled in his notebook for a while.

Then we went across the street to Pop’s Culture Shop, where his eyes immediately lit up.

“Just look at this place!” Paul said, and proceeded to check out every single toy in the place. I looked at some of the comic books, which have always been my thing. Two issues of Booster Gold later, Paul decided his favorite item in the store was a six-dollar pen and stencil set meant for giving yourself a fake tattoo. I bought it for him. Paul, who at age seven will write on himself at every opportunity, immediately started with the pens. He sat down on a bench, of which there is no shortage in Wellsboro.

While my son worked on his tattoos, I looked up the street and took a few photos. Wellsboro was incorporated in 1830, and named after Mary Wells, wife of one of the original settlers. It’s since grown into a beautiful, busy community, with a lot to see and do.

Ten minutes later, Paul was strutting down the street, with glittery blue dolphins on his legs. 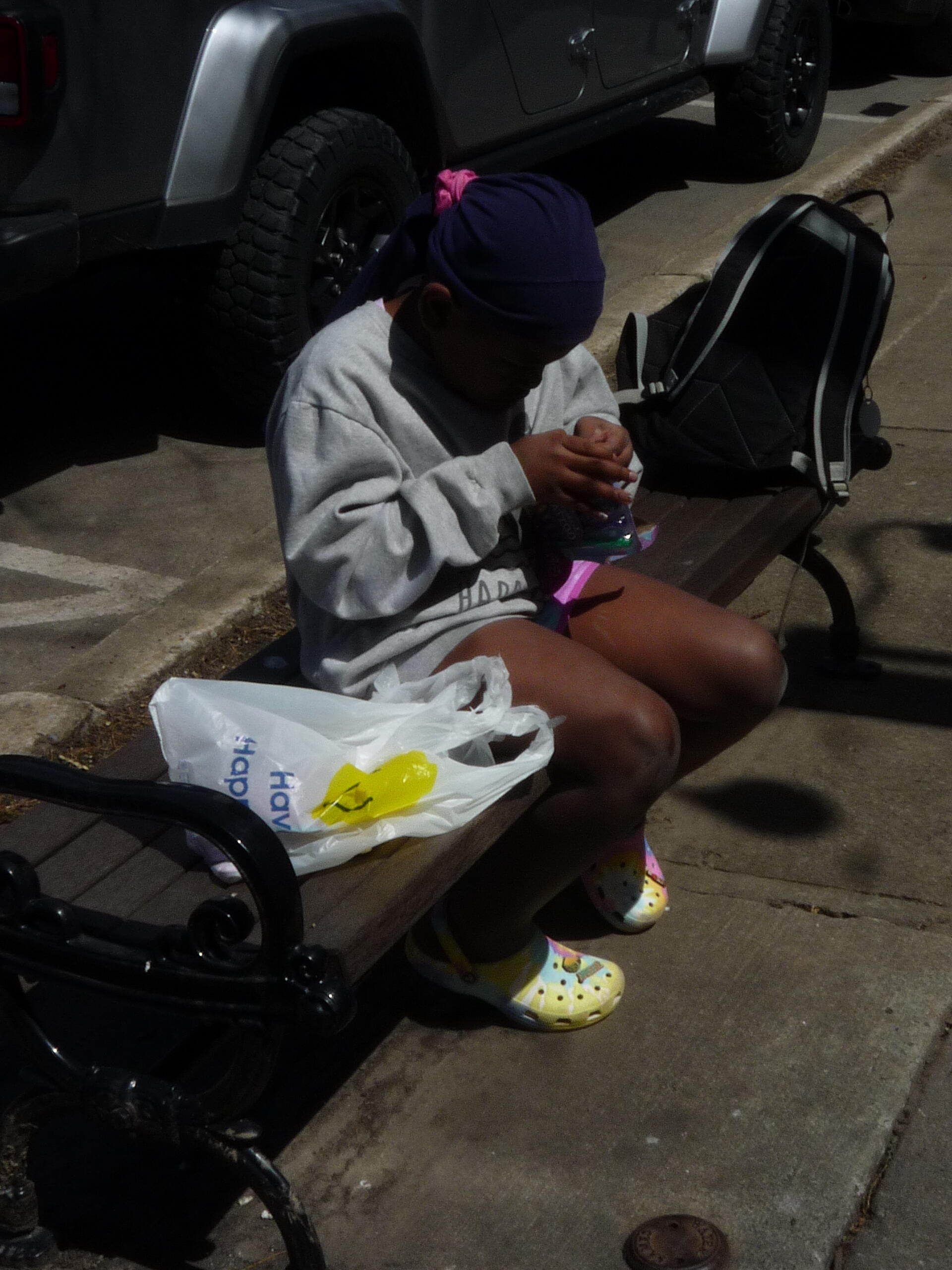 We checked out a few more stores and made our way to the Green, a nice little park in the middle of town. We stopped to look at the fountain—If you’ve ever been to Wellsboro, you know the one. In the center of the park, there is a fountain with a sculpture of Wynken, Blynken, and Nod, sailing in a shoe.

The old poem is on a plaque beside it, and my wife read the entire thing to Paul, who was looking at the sculpture with some fascination. 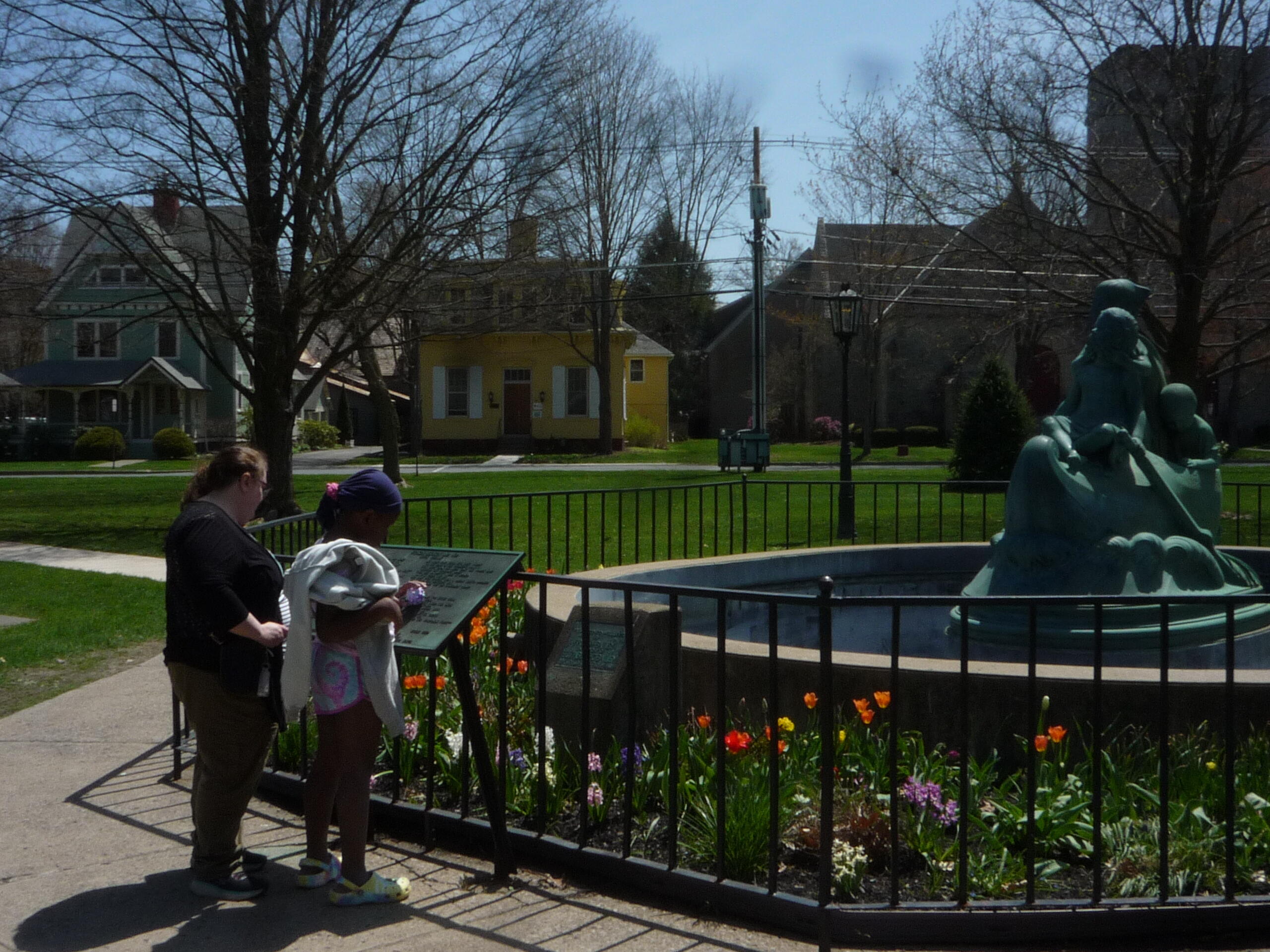 Afterward, we drove out to the PA Grand Canyon. It’s only a few minutes from Wellsboro, an enormous, scenic gorge that runs for miles. We walked out and stood at the overlook, and I spent my last quarter so Paul could look through the coin-operated magnifier at the canyon.

We saw at least a dozen hawks soaring over the gorge, some of which came impressively close to where we stood. At the bottom of the canyon is Pine Creek, and beside it, the rail trail that runs south and ends within a mile of where we live. 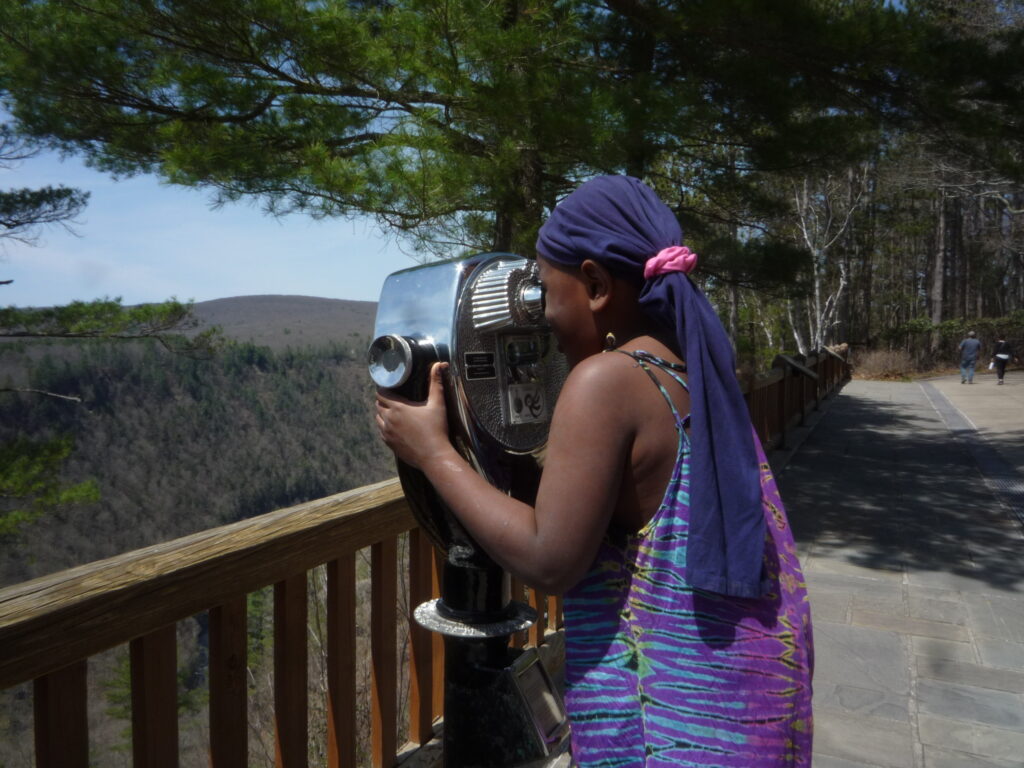 The Trail to Home

“You know where that trail ends up, Paul?” I asked.

“Yep. What was your favorite thing about today?”

Paul thought it over. “The tattoos,” he said decisively.

When we began driving home, Paul fell asleep in the back of the car. I smiled, looking at my little boy back there, worn out after a fun day. Moments like that are why we adopted a child and why I like showing him the Pennsylvania Wilds.