Women of the Pennsylvania Wilds

Back when I was getting my start as a writer, I wrote monthly columns for a local women’s magazine. Every month, I would feature one local woman from history, and write about her life. It got a little ingrained; to this day when I’m stuck for an idea, I have a tendency to gravitate back to women. (Writing about them, I mean.)

Which was good when my editor reminded me that March is Women’s History Month, and asked if I could come up with some women who have made history in the Pennsylvania Wilds. I’ve been training for this moment for a long time.

Annie Snyder was born in Salona, Clinton County. Growing up fatherless, she discovered a certain artistic talent when she began painting on the side of her family’s barn with leftover paint. Largely self-taught, she grew into one of the area’s most talented artists and moved to Lock Haven as an adult. Often, she could be seen walking through Lock Haven with several paintings under her arm, raffling them off for a quarter a chance.

Amusingly, Annie had a habit of signing her name to work she did not produce. In one documented incident, she was visiting a neighbor who was also a painter, and saw one of the friend’s works hanging on the wall. Declaring that she’d forgotten to sign that one, Annie pulled out a brush and scribbled her signature on it.

Her gravestone is in Cedar Hill Cemetery, very near I-80. It has her signature carved on it. 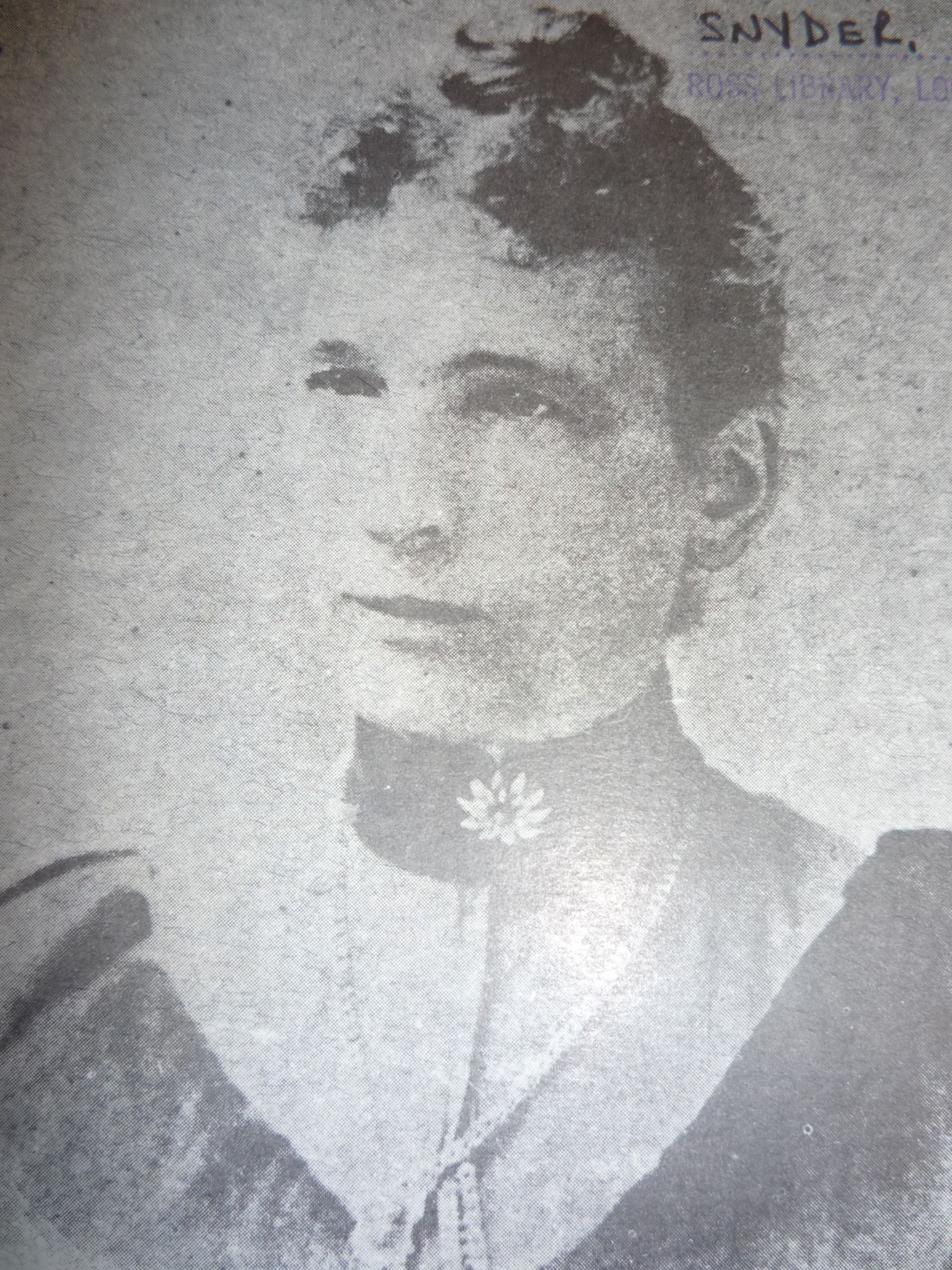 Some of the earliest settlers of the Cook Forest area were the Barlett family. Staking out land in present-day Farmington Township, the parents and four children lived in the wilderness. When her husband Samuel died, Euphemia Barlett handled the entire property on her own. History of Clarion County says, “The father died, leaving the duties of the farm and household a charge upon his widow.”

Euphemia, for the next several years, was the Clarion County equivalent of “Little House on the Prairie.” She raised her children, one of whom grew up to be a prominent lumber and oil businessman, and she held the farm and family together day by day. Euphemia died in 1863, and is buried in Scotch Hill Cemetery near Clarion.

Henrietta Cooper Baldy was born in Danville in 1864 and named after her mother, whose own father, John Montgomery, was personal friends with President James Buchanan. She went to school in Williamsport, liked the area, and settled there. She organized one of the first women’s suffrage movements in Lycoming County, and later was the chairperson of the County Suffrage Association.

She was active in many other organizations, including the Red Cross and the League of Women Voters. She was also an early member of the Lycoming County Historical Society, helping to preserve local history for future generations.

Henrietta passed away in 1950, and is buried in Wildwood Cemetery in Williamsport. 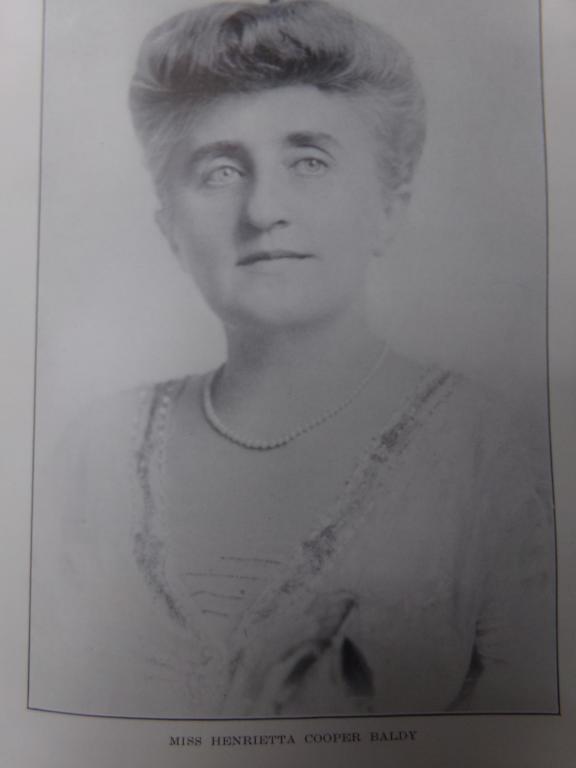 Rachel Beebe was born in 1903 in Potter County, and grew up mainly in Coudersport. Her father was known for writing the predominant local history book on Potter County. Attending college in New York, she became a stenographer, and then married William Henry Sutton at age twenty-one. When she wrote stories for his daughter, she discovered that she had a talent for fiction, and began writing stories under the name of Margaret Sutton.

She wrote a series about the mystery-solving Judy Bolton, much of which was set in Coudersport. Sutton became a popular author. She passed away in the Pennsylvania Wilds, too, dying in Lock Haven in 2001. She was buried in Homer Cemetery, in Potter County.

Though opera singer Marilyn Horne mostly lived in California, she was born in the Pennsylvania Wilds. Horne grew up in McKean County until she was eleven. Getting her start in music as part of youth choruses and choirs, she got an education and worked her way into fame, appearing on “The Odd Couple” and singing for Johnny Carson on “The Tonight Show.”

In the fifties and sixties, she gained fame onstage, performing in many operas and shows. She became known as “The Greatest Rossini Singer In the World,” referring to her ability to sing parts from rare and resurrected works.

Catherine English was born in a log cabin by Kettle Creek in 1823. At the time nearby Renovo was founded, she was forty-three and married. She witnessed the founding of Renovo and its growth over the course of almost half a century. Her husband Hezekiah died in 1900, and she outlived him by thirty years. Catherine, born before her county was founded, lived to participate in the first election in which women were allowed to vote. She finally passed away in 1930, at the age of a hundred and seven, and her obituary suggested she may have been the oldest person in Pennsylvania at that time. She was definitely the oldest person in Clinton County.

It’s important to note that these are far from the only women to have contributed great things to the area. There have been many more, too many to include in one relatively short article. Settlers, artists, philanthropists. Women have done a lot in the Pennsylvania Wilds, and Women’s History Month is a good time to recognize and appreciate them.

*Images in this story provided by the Annie Halenbake Ross Library.

Women’s History Month is celebrated each March, providing an opportunity for communities to commemorate and encourage the study, observance and celebration of the vital role of women in American history.

Calder: The Elk Country town that never was