Why do bucks shed their antlers?

Antlers are a highly targeted and sought after prize, whether hunters are searching for them in deer season on a monster buck or on the ground the following spring while scouting and learning how to get the one that got away for next season. “Hunting” for sheds has become a growing outdoor practice in recent years and has really gained traction with the development of social media. Sheds are a versatile find with a variety of purposes including knife handles, rattling antlers, home décor, dog treats and much more. But, what is the actual biology and processes that cause “white gold” to fall off a buck’s head?

Testosterone levels peak during the rut in late fall, and bucks will rub their now hardened antlers on trees and brush to strengthen neck muscles in preparation for sparing and establishing dominance. During this time, all a buck is concerned with is breeding does and fighting off any other bucks that challenge him. Once rut is over, testosterone levels begin to drop, which causes specialized bone cells, called Osteoclasts, to begin demineralizing the bone where the antler meets the buck’s skull, also known as the pedicle. Timing of the final break between the weakening connection of the antler and the pedicle can vary. The buck shaking its head, rubbing its antlers on a tree, or the downward jolt when he jumps over a creek or fence can cause the buck to “cast” or “shed” one or both of their antlers. Testosterone is the main factor that determines when a buck will drop their antlers, rather than the common misconception that it is new growth that “pushes” the old set of antlers off.

The presence of hot does can affect the timing of when testosterone levels will begin to drop back down after rut. If a doe is not bred in her first cycle around the beginning of November, she will go back into heat a month later, extending the length of time the males have high levels of testosterone to fight, chase and breed late does. As a result, the extended second rut prolongs the release of the bone cells that begin to break the connection between the antler and the pedicle, and those bucks will “hold onto” their antlers longer.

Another influence on the time in which a buck drops its antlers is injuries. Whether it is being hit by a vehicle, a poorly placed shot by a hunter or an injury from fighting another buck, severe injuries can cause testosterone levels to drop and an early release of Osteoclasts that causes the antlers to drop earlier.

Lack of proper nutrition is another factor that, if severe enough, could cause a buck to not grow antlers to their full potential or cast their antlers early. Nutrition is one of the key factors in antler development, and without proper nutrition for deer to properly build a solid overall bone structure, bucks will allocate available nutrients to staying alive rather than growing antlers. In the same respect, rut is extremely difficult on a deer’s body. If a buck is not getting enough nourishment while they are running rampant searching for hot does, malnutrition can cause testosterone levels to drop, resulting in bucks casting their antlers prematurely.

Knowing how much effort a buck puts into growing their antlers from year to year, makes them even more incredibly impressive animals. With all that protein in the antlers, bucks have now shed, you will have to get to them before the porcupines, squirrels, or even coyotes chew them up or drag them away if you want to find the discarded “white gold” the buck that got away left for you to find next to your tree stand.

Kory McConnell is the Wildlife and Habitat Specialist for AccuForage- Wildlife Attractants and Food Plots. Kory McConnell is a graduate of the Pennsylvania State University, obtaining an Associates degree in Wildlife Technology at PSU Dubois and a Bachelor’s degree in Wildlife and Fisheries Sciences at PSU University Park. Kory has been deeply engaged with deer species, including working out in Nebraska on a collar study on Mule Deer Fawns and working as an intern at a high-end deer facility in New York. A Pennsylvania native, Kory wanted to take his knowledge to not only help hunters but most importantly help other Habitat Managers manage their deer herd to an optimal level, therefore landing a job at AccuForage. In his free time, he is a freelance photographer and videographer, you can see his wildlife photography here. With videography he is now pursuing a behind the scenes look into a hunters lifestyle, capturing hunts with his buddies which you can find here. 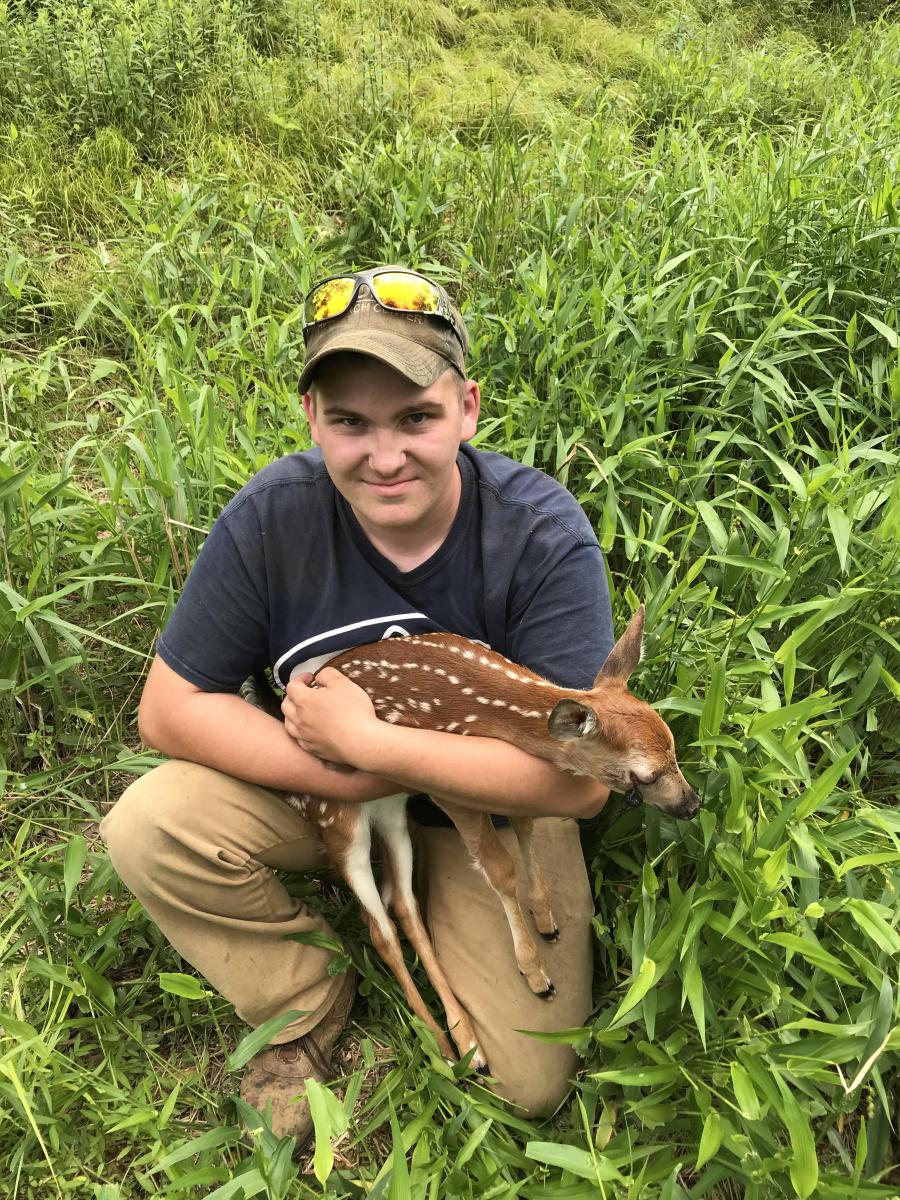