What would you say if I told you there was a presidential candidate born in the Pennsylvania Wilds? What if I mentioned that she was the first female candidate?

You can’t vote for her in this election, of course. I mean, you could, but as she ran in 1872, it would be sort of pointless. But take a moment to learn about Victoria Claflin Woodhull of Clinton County.

Victoria Claflin was born in Beech Creek on September 23, 1838, not quite a year before this became Clinton County. At the time it was part of Centre County, and much later, it would become a part of the I-80 Frontier of the PA Wilds. It’s worth noting that Homer, Ohio, also claims to be the birthplace of Victoria Woodhull, but Clinton County property records show that the family was living in Beech Creek at the time.

Victoria’s father, Buck Claflin, was, essentially, a huckster. He sold various potions and elixirs that could fix any problem, from baldness to cancer to poverty. On the other end of the spectrum, her mother Roxanna was very religious. Openly religious. She would routinely pray in the backyard, asking God to forgive the sins of her neighbors. She would also list those sins, aloud, at the top of her lungs. These were the parents of Victoria and her sister, Tennessee.

(Photo of Victoria Woodhull provided by the Ross Library) 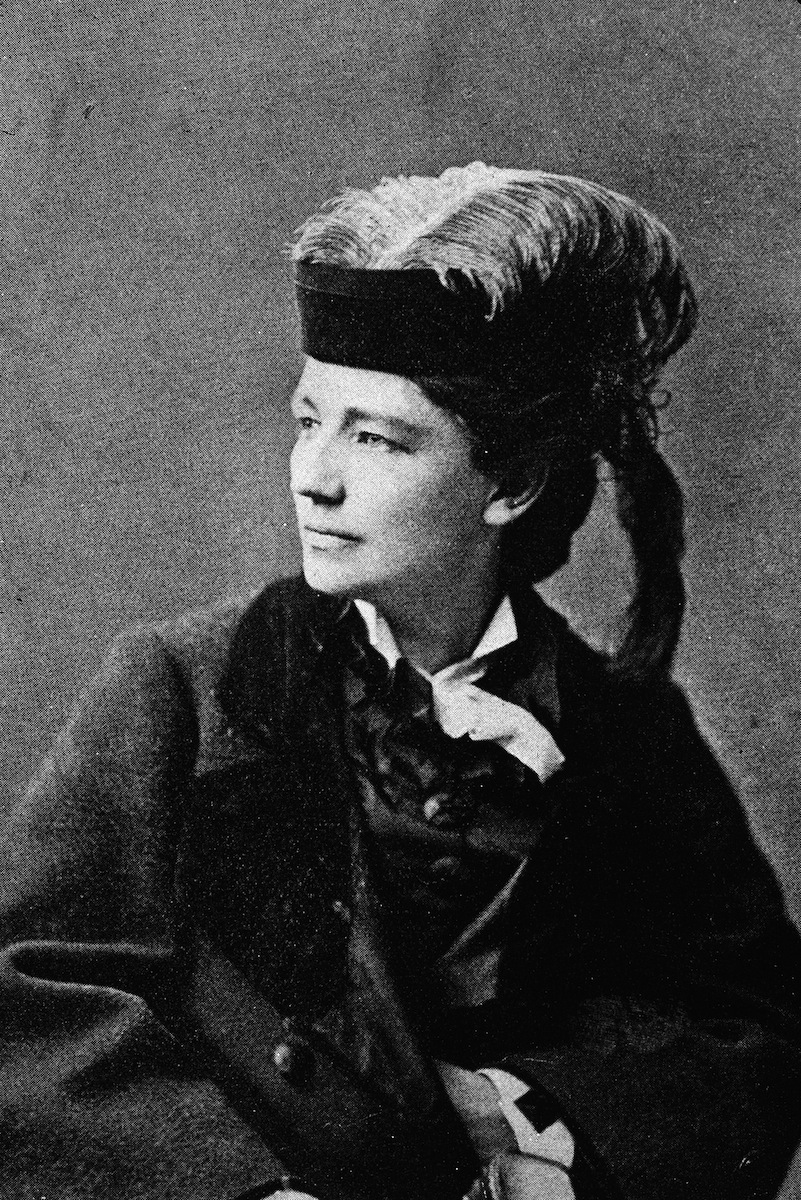 At age fourteen, Canning Woodhull took notice of Victoria. Canning Woodhull was a New York man who claimed to be a doctor, though he had no license, training, or education. He was exactly Buck Claflin’s kind of guy. Woodhull took an interest in Victoria, and asked her father permission to marry her. Claflin, figuring one daughter would do about as well as two in the psychic show, granted permission. Neither of them consulted with Victoria.

It soon turned out that Woodhull was a drunk and a womanizer. A month or so into the marriage, Victoria caught him cheating across town, corralled him, and brought him back home. Victoria divorced him about 1854 and got involved in the women’s rights movement, inspired largely by the marriage arranged by her father and a stranger. While giving a speech to an equal rights political party, Victoria gathered a lot of interest and was asked to run for president on their ticket.

Her platform involved free love, better divorce laws, and equal rights. Frederick Douglass was named as her running mate, though it isn’t clear that the two actually met, mainly communicating through the mail. This was about as popular as you’d expect in 1872.

Victoria was considered scandalous, and several important political figures spoke out against her very publicly. One of these was the Reverend Henry Ward Beecher, who simultaneously campaigned against Victoria’s positions on free love. Victoria considered this an act of hypocrisy, as Beecher was said to be having affairs himself at the time. She was more offended by the hypocrisy than the affair, and wrote articles revealing Beecher’s activities in a magazine she was publishing at the time.

Victoria wound up spending election day in jail. The charges were trumped-up, essentially, by her opponents, who accused her of using the federal mail system to mail obscenities (i.e. the details of the Reverend Beecher’s affairs).

Needless to say, she lost the election.

Victoria wound up with a happy ending, long after her attempt at the presidency. She later moved to England and married again, starting up another magazine there with the help of her daughter. She became popular in England due to her publications and many speeches, and she lived fairly happily until passing away on June 10, 1927.

As you vote this year, and I encourage you to vote, take a moment to think of her. The first American female presidential candidate, born in the Pennsylvania Wilds.