There are two brothers in Pennsylvania. They each live in a corner of the Pennsylvania Wilds: one is in Clinton County near the I-80 Frontier, and one is in Warren County, in the Allegheny National Forest and Surrounds Landscape. Though not geographically close, they are very close emotionally, and they get together occasionally in the Pennsylvania Wilds. For National Adoption Month, I chose to write about them.

They’re both adopted. And one of them is my son, Paul Matthew.

My wife and I adopted him when he was half-a-day old. He was born in 2014 in New Orleans, and my wife and I drove down and brought him home with us. Now 5, he lives in Pennsylvania, and he knows that, though he’s a little fuzzy on exactly where that is in relation to other places. (“Does Grandpa live in Pennsylvania? Is my school in Pennsylvania?”)

As Paul grows, I’ve taken him places throughout the Pennsylvania Wilds. He’s experiencing and learning about all the Wilds has to offer. He enjoys camping in Kettle Creek, and loves the Kinzua Bridge. When he was 2, I took him to the Austin Dam Ruins, and he had a good time there.

When he was about a year-and-a-half old, we got a call from the adoption agency. His birth mother had given birth to another boy, little Sully, who was also adopted. Sully lives in Wisconsin, and Paul visits sometimes and talks to his younger brother online. And we’ve all commented about how it’s too bad he doesn’t live closer.

About a year after that, there was another little brother: Baby Isaac. He was put up for adoption as well, and that family lives in Pennsylvania. They’re from Warren County, right here in the Pennsylvania Wilds.

To finalize an adoption, the parents have to go to court. It’s not a dramatic, drawn-out battle, but a quick and pleasant formality. Isaac’s court hearing was in 2017, in Centre County, and we were invited to be there. It was the first moment Paul ever saw his little brother. 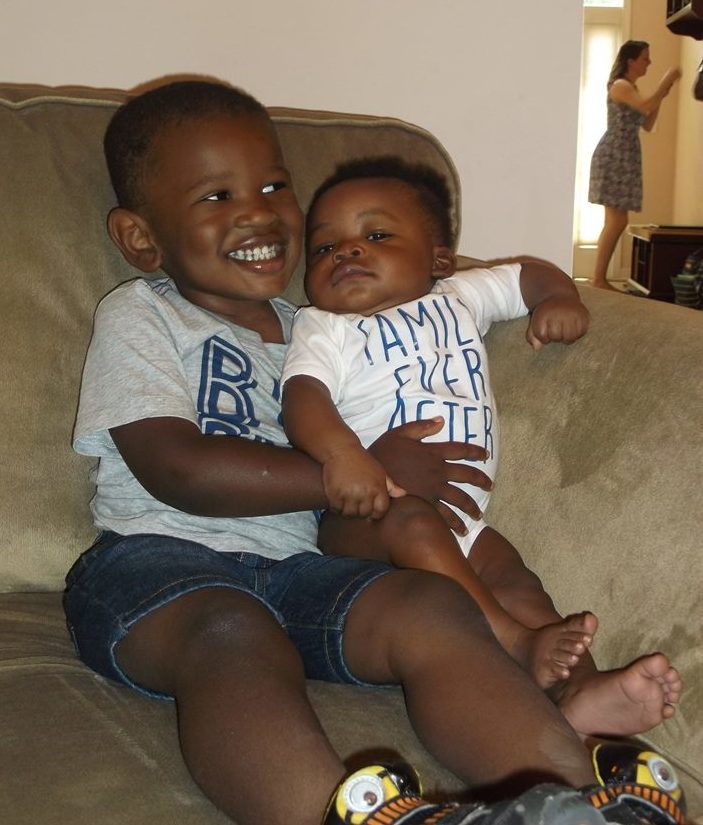 Isaac was asleep in his carrier when Paul saw him. Paul, 3 at the time, walked up and looked at his baby brother, fascinated. Then he leaned over and gave Isaac a kiss. We all attended the court session, and then we went back to the adoption party for Isaac. (Among adoptive parents, the anniversary of this court session is known as the “Gotcha Day.”)

Since then, the brothers have become very close, and we get them together when we can. As they’re both on opposite corners of the Pennsylvania Wilds, often this involves meeting somewhere within one of the landscapes, through sheer geography.

Recently, Isaac’s family was visiting Centre County, and they invited us to come and get the boys together for the day. Paul loved it. He’s such a good big brother. He kept picking Isaac up so he could see things, and he led him around by the hand. Later, he let Isaac eat some of his ice cream, spoon-feeding him upon request. Paul is very affectionate, and Isaac is not a hugger, so it was amusing to see Paul try to give Isaac a big hug, and Isaac stroll away casually.

(At right: As the brothers get older, they find new ways to bond and play together when they see each other.) 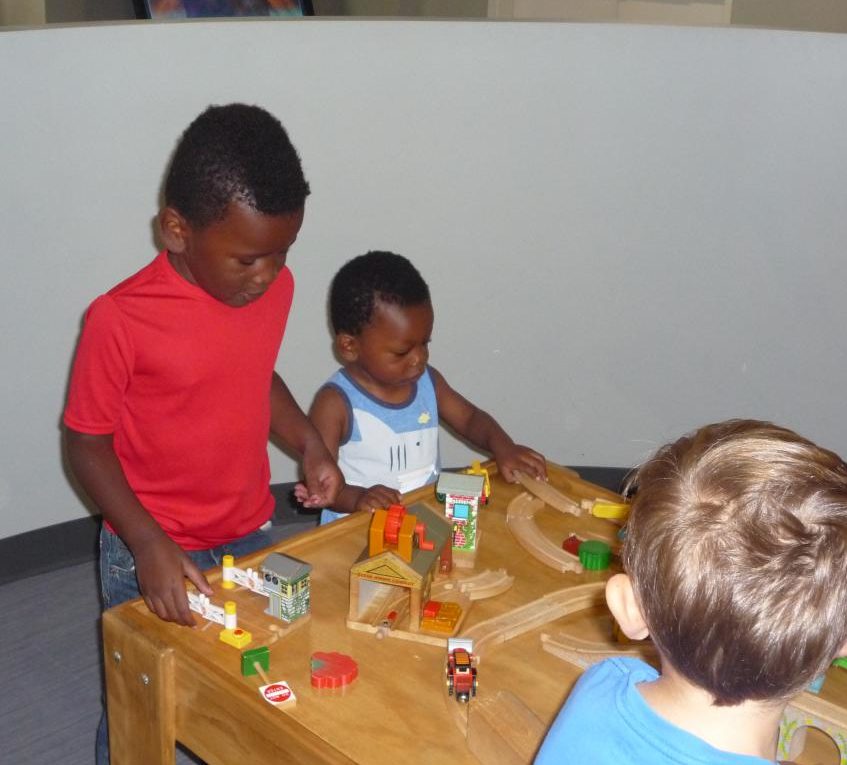 Paul and Isaac don’t really understand much about the Pennsylvania Wilds yet. Paul has heard me mention it, but he doesn’t have a concept yet of tourism promotion. All he knows is that he has a little brother who lives in his area, and the two of them love each other.

November is National Adoption Month, an initiative of the U.S. Department of Health and Human Services’ Children’s Bureau, that aims to increase national awareness and bring attention to the need for permanent families for children and youth in the U.S. foster care system. November 23, 2019, is National Adoption Day.

To learn more about the adoption process in Pennsylvania,
visit the Pennsylvania Department of Human Services website here.