Across much of the mid-Atlantic and northeastern states, sugaring season is well-underway. Of course, the bell cow for syrup production, the sugar maple, is the species most commonly tapped for this purpose.

Maple sugaring seems to be trending upward in recent years (perhaps due to social media attention), but not everyone has a stand of sugar maples with which to work, which has led to some innovation. If you don’t have sugar maples, then why not try something else?

A quick review of a few web sources reveals that some folks are indeed trying alternative species, with some interesting results. Some common species used in lieu of the sugar maple are red maple, silver maple, Norway maple, and boxelder (a close maple relative). These species make good options but require quite a bit more effort since their sugar contents are lower.

It is interesting to note that others are tapping trees in the walnut family.  These include black walnut, butternut, and various hickories. Success stories abound for these sources, highlighted by unique differences in consistency, color, and flavor.  A few of the flavors described include “earthy”, “notes of caramel”, “nutty”, and “butterscotch.” 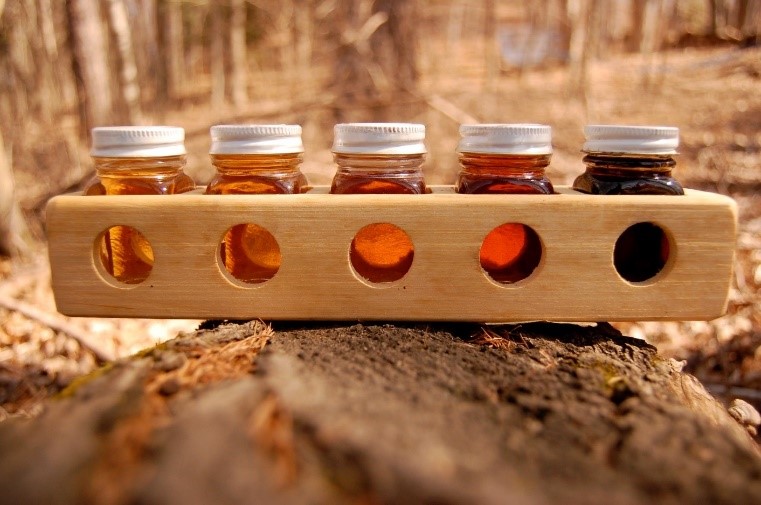 These success stories always seem to come with some words of advice, if not caution. One must be especially careful during the boiling process to avoid the dreaded scorching of the product, which renders it essentially useless. Many saps will not behave like sugar maple sap, and must be evaporated at lower temperatures. The same advice applies to mixing saps of different species. Mixing the saps, especially during the process of boiling, can easily ruin a batch.

Other Pennsylvania species that can be tapped for sugaring include elm, basswood, and sycamore, the latter giving a surprisingly similar ratio of product to sap at 40:1 (which is the same for black walnut).

If you’re interested in tapping trees for sugaring, don’t let the absence of sugar maples on your property dissuade you. With a little experimentation (and the presence of alternative species), you might be pleasantly surprised.

Ryan Reed is an Environmental Education Specialist in the Department of Conservation and Natural Resources, Bureau of Forestry. He possesses degrees in Wildlife and Fisheries Science and Wildlife Technology, while currently pursuing a master’s degree in Environmental Pollution Control. He has also worked for the Pennsylvania Game Commission, and taught high school sciences for 11 years. He is especially interested in biodiversity and ecology. A lifelong hunting and fishing enthusiast, Ryan resides in Harrisburg, PA.