Some years ago, I was having a slow day. My wife was away, and I had nothing to do and nowhere to be. So I got on my bike and just chose a random direction to ride.

From my home in Lock Haven, I rode along the Susquehanna River until I crossed over into Lycoming County. Then I turned north, and rode up in that direction for a little while. And I found myself on a long, gritty trail that was perfect for biking. It seemed to never end, and it crossed over Pine Creek, with its miles of beautiful scenery. I made it about ten miles before I decided to turn and head back.

Without realizing it, I had accidentally discovered the Pine Creek Rail Trail.

The Pine Creek Rail Trail runs for close to sixty miles up along Pine Creek, mostly through the Pine Creek Valley and the PA Grand Canyon landscape. It travels through two counties, Tioga and Lycoming. Some sources say it begins in Wellsboro, which is fair enough. From my point of view, it ends in Wellsboro, and begins in Jersey Shore (though there are plans to extend it further.) 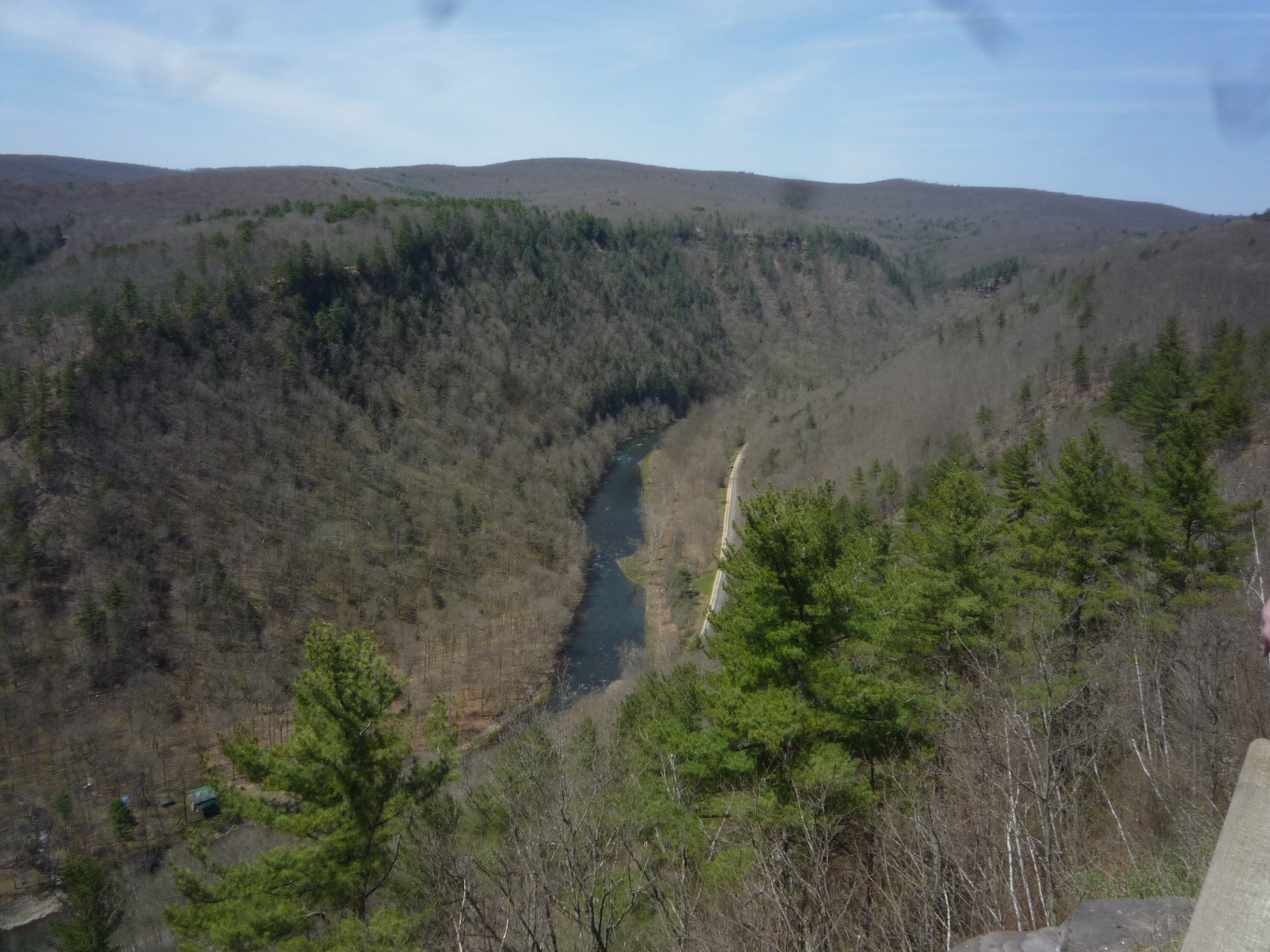 As the name suggests, rail trails began life as railroad tracks, sometimes as far back as the 1800s. With the railroads less used over the years, some of these old tracks were recycled as bike trails. This tends to make an especially pleasant ride, as trains were not designed to go up and down a whole lot of steep hills.

Along Pine Creek, hundreds of years ago, was the Pine Creek Path, which the Native American tribes often used. During the French and Indian War, a French soldier named Chadbert Joncaire was said to have built a line of forts throughout the area, burying boxes of gold underneath them, so there may be buried treasure along your ride. As time went by, industries grew, mostly lumbering and coal mining, and methods were needed to ship the finished products. This led to the creation of the Jersey Shore, Pine Creek, and Buffalo Railway, which built a line of railroad tracks along the southern side of Pine Creek.

The company later became the New York Central Railroad, and then Conrail, using the tracks the entire time. Conrail shut down the line in 1988, and DCNR decided to remove the tracks and create a new rail trail. The first section opened in 1996, and the final section, near Wellsboro, was opened to the public in 2007. Today, if you make a visit to the PA Grand Canyon, you can look down and see the last section of the rail trail running far below you at the bottom.

Now, I’ve been talking about the rail trail simply in terms of biking, but it’s not actually limited to one activity. The rail trail is also highly prized for hiking, skiing, and horseback riding, and on a nice day you can find people using it for most of these things. (Not the skiing. That has to wait until winter.) A couple of spots along the route have stops for camping, in case your trip takes more than one day.

I stumbled upon it by accident almost twenty years ago, and I’ve been back several times since.

The Pine Creek Rail Trail is definitely worth the trip. And, ancient forts or not, the legend is true. There is treasure there.