Growing up in the suburbs of Harrisburg, we lived under the shade of the unofficial five-stemmed Cumberland County champion common hackberry. Sadly, it was removed before an official measurement due to questionable health and the giant’s proximity to a garage containing my father’s prized antique cars.

It was much more than the 40-60 feet tall that most books list for the species. The arborist climbed out of his tallest bucket truck at 60 feet to get to the top third of the tree. 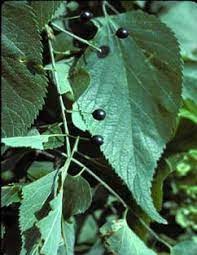 This species is typically overlooked in urban plantings, but a few cultivars have been developed to make them more adapted to urban forests. The Society of Municipal Arborists even named it Urban Tree of the Year for 2020. (1)

The behemoth in my backyard had several deformed branches, aptly called witch’s brooms, in the canopy. Witch’s brooms are thought to be caused by a little understood interaction of powdery mildew fungus, Sphaerotheca phytoptophila, and tiny Eriophyid mites, Eriophyes celtis, feeding in the soft tissues of young branches. (2)

Hackberry (Celtis occidentalis) is an interesting looking tree. The bark is the most striking feature, a thick, corky rind that transitions to a flaky appearance as the tree ages. The prominent corky structures, called excrescences, start at the base, and progress up with age.

Common hackberry is a member of the elm family, sharing similarly spreading form and sandpaper-textured leaves.

Genetic work in 2009 showed that it is more closely related to hops and Cannabis and belongs in the Cannabaceae family. (3)

The Celtis genus contains about 60-70 species of trees and a few shrubs in the northern hemisphere. (4) 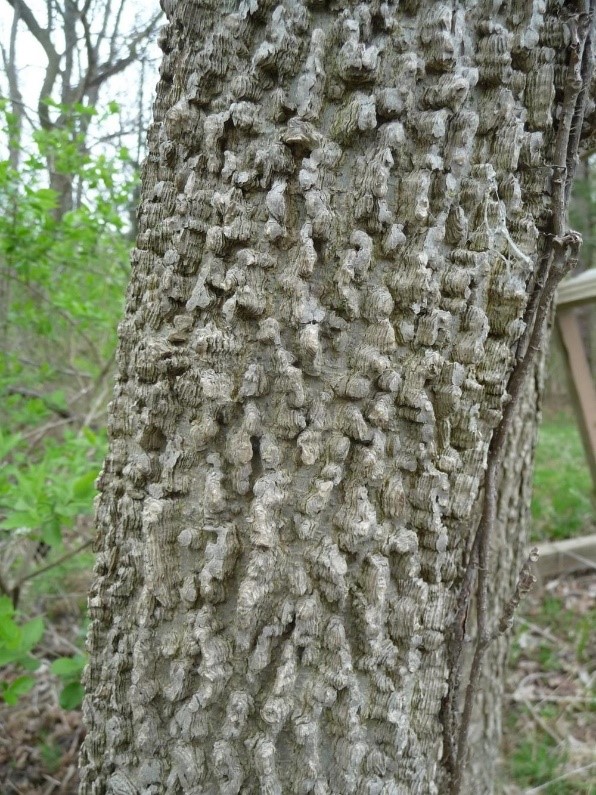 The fruits, which are dark red to purple single seeded drupes like a thin-skinned cherry, are edible; seeds and all. The pea-sized fruits are cherished by wildlife and have been described by foragers to have the texture of a very crunchy peanut M&M with tea, squash, or date flavors depending on the source. (5)

A southern relative of hackberry, Celtis laevigata, is also called sugarberry. Indigenous peoples used the fruits medicinally and as long-term storage food and pulverized them to make a baked porridge or to season foods. (6)

The thousands of drupes produced every year make these trees very prolific. Hardy, drought tolerant seedlings can be found in places you’d never expect, basically anywhere there is a pinch of soil. My childhood neighbor’s house typically had one sprouting from the gutters every few years. They can readily grow in the cracks of sidewalks because hackberries occur most abundantly in the fertile but dry limestone soils of the Cumberland Valley, where they often grow from cracks in well-drained limestone outcroppings. As a colonizer of old fields in southern Pennsylvania, they are a common species found on disturbed sites, fencerows, and reverting pastures.

Hackberries are not very desirable for sawlogs and are mostly utilized for hidden furniture parts, painted millwork, steam bent items, or more frequently, pulpwood. The lumber is workable with a light yellow to light brown wood, similar to elm or ash.

Hackberry firewood burns with roughly the same BTUs as cherry but rots so quickly that it’s classified as perishable.

Fungi can easily stain the wood (a quality known as spalting) and creates beautiful patterns for turned bowls and other carvings. (7) 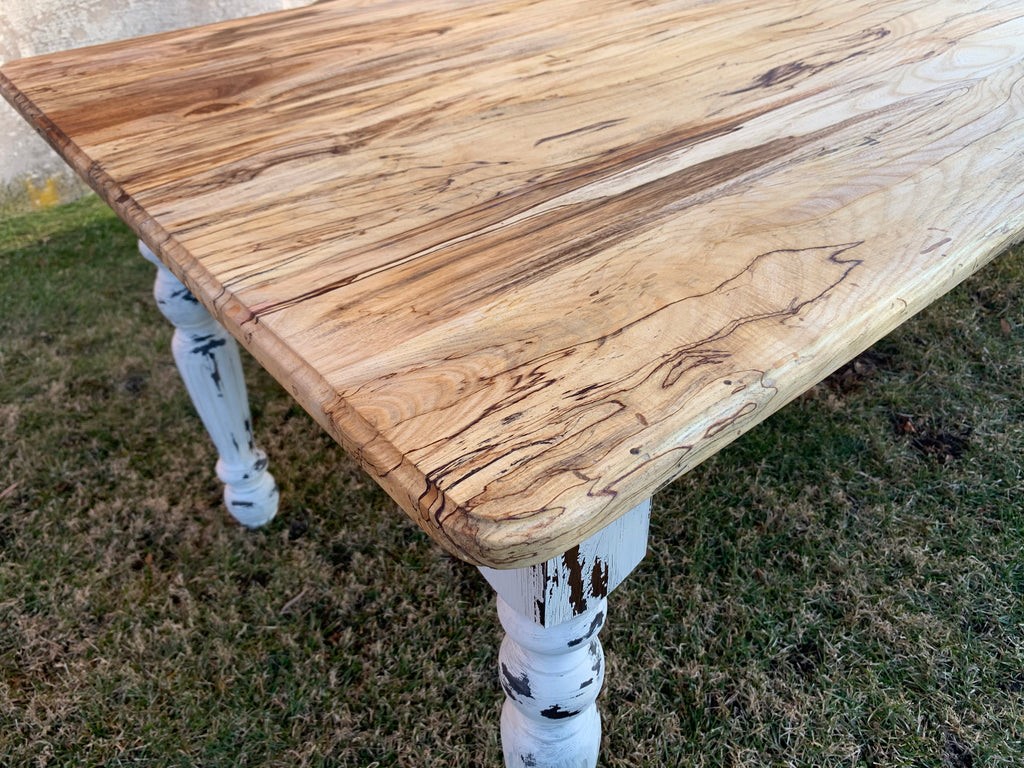 These trees grow exceptionally fast; they become difficult to uproot by hand after just two or three years and can easily put on a few feet of growth per year. Cutting instead of pulling causes them to sprout from the stump and makes multi-stemmed specimens like mine.

I suspect the farmer that owned our cut limestone garage 80 or 90 years ago probably cut our hackberry down before selling the farm due to the proximity to the garage, creating the awe-inspiring monster that eventually shaded three backyards.

About the Author: John Schwartzer

John Schwartzer is the Department of Conservation and Natural Resources Bureau of Forestry woodland stewardship practices specialist. He is a 2008 graduate of The Pennsylvania State University with a B.S. in Forest Science. Before taking on his current role, he was a DCNR service forester for seven years educating and assisting forest landowners in southcentral Pennsylvania. His other previous occupations include research aide, a brief stint as an arborist, and he has been a forest technician for the US Forest Service, PA Game Commission, and DCNR Bureau of Forestry. John lives on a small hobby farm in Perry County PA with his wife Kellie and two sons. If he’s not reading a book, you can find him playing in his woodlot. John is an avid hunter, lackluster angler, wild food/foraging enthusiast, and hopeless gardener.