Streetscape project in Bradford a boost for economic development

You could argue that looks aren’t everything — but in Bradford, one of the northern gateways to The Pennsylvania Wilds, local leaders are taking major steps to improve the façade of the downtown while preserving the historic architecture that so many small towns within the Wilds adore.

One such step is a streetscape project within the nationally-registered historic district of Bradford. 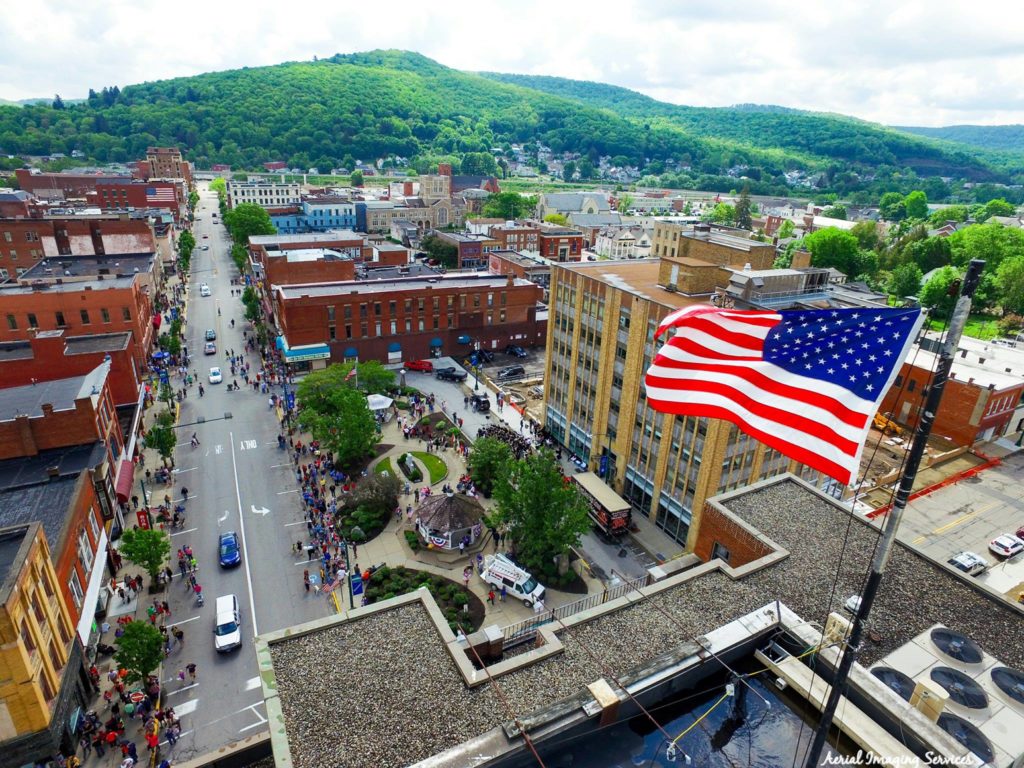 “There have been no significant streetscape upgrades done on Main Street since the 1980’s,” said Anita Dolan,

Community/Economic Development Manager and Main Street Manager for the City of Bradford. “While much work has been done to develop businesses within the district, the streetscape and its improvements for walkability and traffic calming are much needed to round out the Main Street program’s efforts.”

The Main Street program, a driving force behind economic improvements in the downtown, has been in existence since the late 1990’s in Bradford.

The streetscape project is being completed in two phases: The first on Main Street from Mechanic Street to Festival Way, and the second from Festival Way to East Main Street. The first phase, which has already gone underway, includes replacement of sidewalks, refurbishing of light poles, installation of decorative arms, bases and globes on the light poles, installation of decorative brick concrete along the curbing of the sidewalks at some intersections as well as installation of new trees, decorative street furnishings such as planters, bike racks and trash receptacles.

According to Dolan, Phase I of the project is being funded by a $1.75 million Redevelopment Assistance Capital Program grant and is scheduled to be completed by mid-October,  and Phase 2 is scheduled to begin next spring. 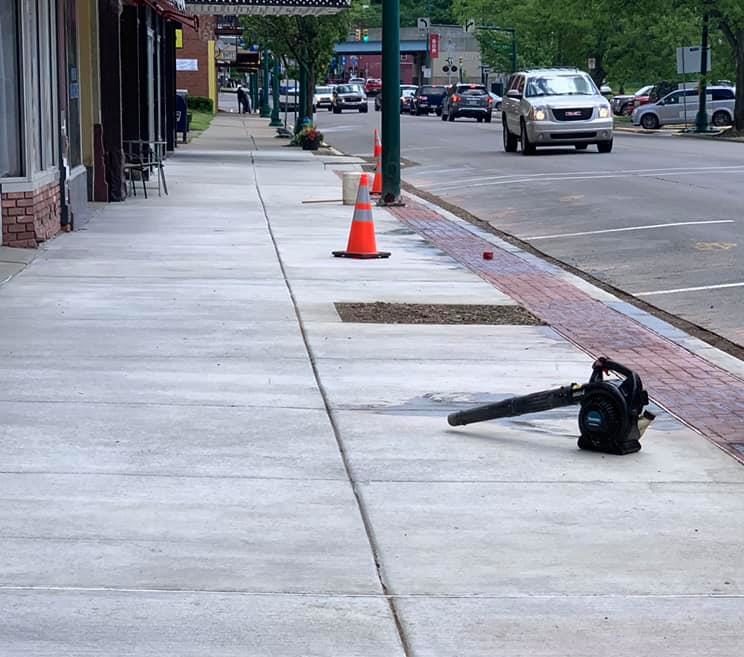 A project like this is important to a community like Bradford for many reasons, but in this particular community, it’s important for both tourism and downtown businesses.

The town is located in the heart of the Allegheny Mountains and is in close proximity to the Allegheny National Forest, the Kinzua Bridge State Park, and Allegany State Park in New York State. Bradford’s history is rich in timber and oil, and it has several area museums, including the Zippo/Case Museum, Penn Brad Oil Museum and the Marilyn Horne Museum.  Bradford’s historic district is rich in history and architectural details — its period of significance dating from the 1890s to the 1920s.

And, extensive trail systems bisect the City and link to the University of Pittsburgh at Bradford, Marilla Reservoir and the Allegheny National Forest. The historic district links to the Tuna Valley Trail Association’s walking trails.

Approximately 70 businesses are located within the historic district, including retail, restaurants, banking and service-based businesses. Dolan said that there has also been significant development of upper floor residential units and apartments within the district.

The improvements don’t just stop in the streets, either. Through grants made possible by being an accredited Main Street program, there are approximately 10 façade improvement projects scheduled for 2019.

“The Main Street program is actively working on business recruitment and development, and is working very closely with local business and building owners,” Dolan said. “The historic district is home to some wonderful retail businesses.” To name a few, these include the Tin Ceiling Gift Shoppe, the Main Street Mercantile, On the Side Books, Graham Florist, Man’s World, Wright’s Music Shed, Little Fabric Garden and the Marilyn Horne Museum Gift Shop. Opening this year, are some new additions to Main Street: Cummin’s Country Charm and the Bradford Chocolate Factory.

The Bradford Brew Station opened to great reviews earlier this year, Dolan said. Plus you’ll find Beefeaters Restaurant and Kabob’s at the Option House — both housed in restored historic buildings.

For Nancy Graham, owner of the Tin Ceiling Gift Shoppe in Bradford, the streetscape project proved to have a positive impact on business.

“There have been horror stories in surrounding towns where businesses literally folded due to their streetscape construction,” Graham said. “To protect businesses, OECD made sure they addressed accessibility to businesses with the contractors.”

Graham, whose business has been in its Main Street location for 25 years, said that before the sidewalk demolition began, a project manager stopped at every business and introduced himself, providing details on how they would work alongside each other.

“I was prepared for a huge decrease in business,” she said. “What happened was the opposite.”

Graham said that while contractors were working in front of her store, she saw an increase of foot traffic by 1.5 percent. The business owner credits this to social media use by the downtown as well as herself, informing residents of the progress and to “assure them that business would not be interrupted.” Plus, the local newspaper kept residents updated on the project progress and reassured potential customers that businesses would not be closed.

Projects like these have a huge impact on all business owners, Graham said. And despite development in other parts of the community, “downtown is still where all the action happens.”

“Business owners are happy, downtown is looking beautiful and people are coming to check it out.”

**Photos for this article provided by the City of Bradford.