When it comes to the history of rural towns across Pennsylvania, Clarion University history professor Dr. Marc Sanko says that the past is often overlooked.

Sanko, along with colleague Dr. Jeffrey Diamond, recently launched the podcast “Stories from the Pennsylvania Wilds,” where they showcase these important pieces of history from across the Wilds region. Another Clarion University professor, Matt Albright, assists with the technical end.

“The podcast was created with this idea that local history has a lot of value to it,” said Sanko. “The idea was, ‘let’s create something that gives back to the community.’” 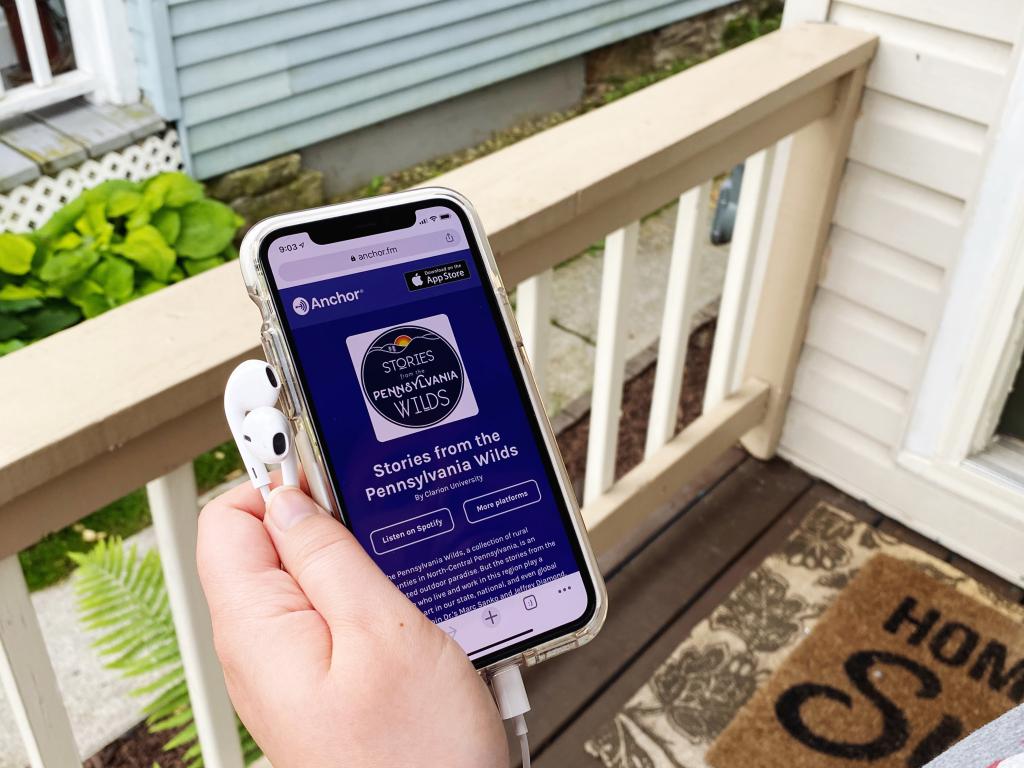 So far, three episodes of the podcast have been published — and the plan, Sanko said, is to tell a mixture of the hosts’ own research as well as to tell student-led stories from their own projects. The first theme covers the 100-year anniversary of women’s voting rights, with the inaugural episode telling the story of powerful women in Northwest and North Central Pennsylvania.

Sanko says that the hosts are excited to tell stories in future episodes that show off that Clarion University students are doing great work. One student, he said, uncovered “The Justice Bell,” a recast of the Liberty Bell that was used to whip up support for women’s voting rights in the 1910s. As part of the initiative, he said, a Ford pickup truck was re-engineered and went to every county in Pennsylvania to shed light on the movement.

The episode will talk about the history of this piece of the movement, as well as cover the reactions it received in the many Wilds communities it visited.

Giving Back to the Community

The podcast, Sanko said, is just one way that he and his colleague are giving back to the community — part of a greater overall goal by the PA State System of Higher Education to show that universities are integral parts of their own communities.

“We tell the history of your communities and we want to be involved with local and community history,” he said.

Sanko, who is a native of Michigan and has lived in Clarion now for close to two years, said that uncovering the history of The Pennsylvania Wilds is especially exciting to him because he’s not as familiar with it as a long-time resident might be.

“From a historical standpoint (small towns and rural communities) don’t necessarily keep the best records,” he said. “Someone’s aunt keeps them in their attic.”

Bigger cities and urban areas have details and artifacts of history that get archived and housed for future generations.

“There’s nothing that discusses, in a public sense, the history for this reason.”

In the fall, he said, the duo plans to tell the stories of industry across the region; and plan to visit Straub Brewery in Saint Marys along the way, as well as the Pennsylvania Lumber Museum in Potter County.

The “Stories from the Pennsylvania Wilds” podcast can be accessed on any of your favorite podcast platforms, including Spotify, Google, Apple Podcasts and others. In addition, it can be found at Anchor.FM/storiesPAWilds. The team plans to publish new podcast episodes monthly.