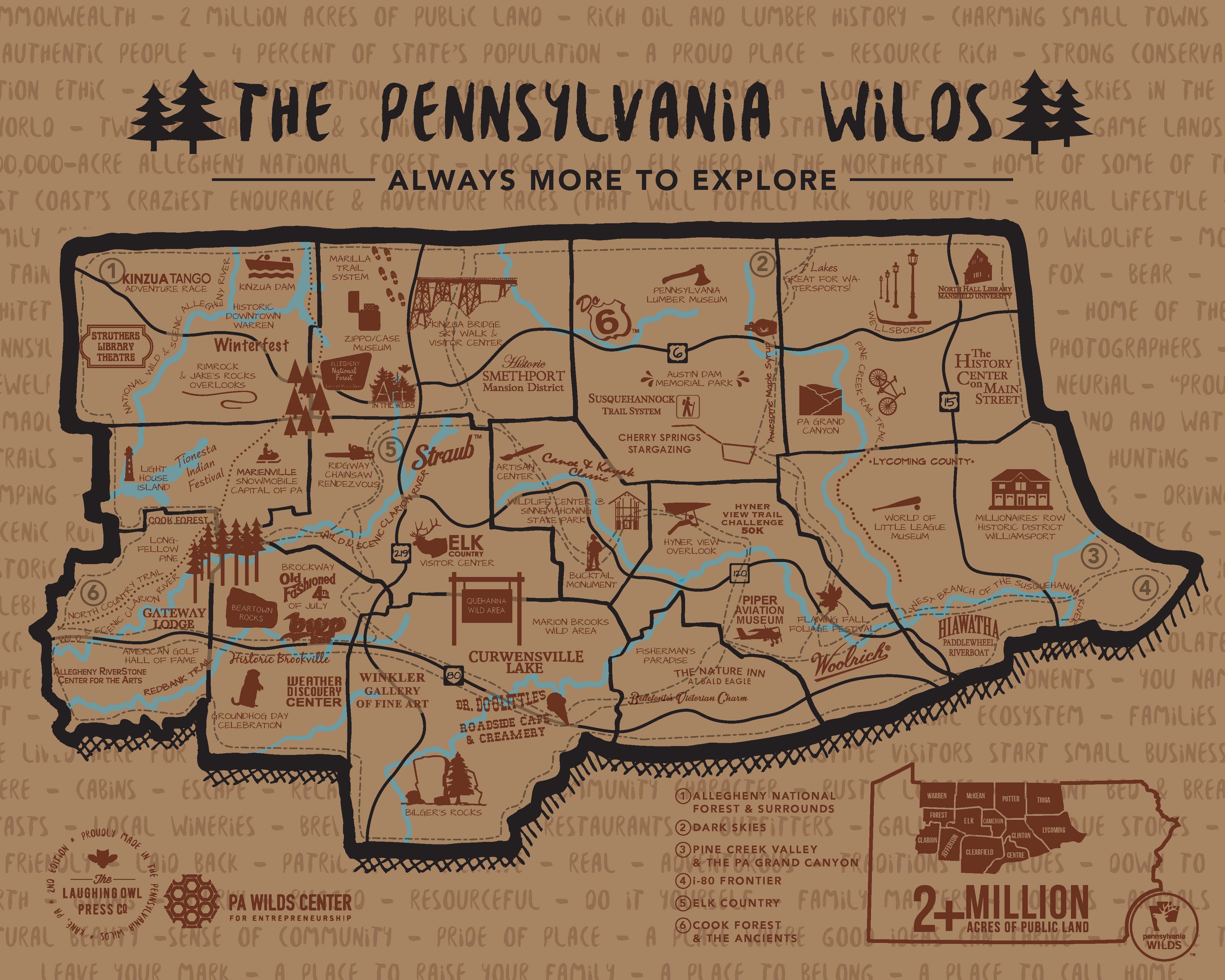 Forest County is one of the most fascinating.

Forest County is in the present-day Allegheny National Forest And Surrounds Landscape. It lies in the northwest portion of the PA Wilds, bordered by Warren, Elk, Jefferson, and Clarion counties. It covers 420 square miles. Once upon a time, part of it was Venango County, and part of it was Jefferson County.

As a separate county, Forest County was founded in 1848. That was the portion that had once been in Jefferson County; the Venango part was added in 1866.

Cyrus Blood, in spite of having a name suitable for a DC Comics super-villain, had founded a small settlement in northern Jefferson County. He saw potential in the area, and to maximize it, he petitioned the state legislature to take two hundred square miles from Jefferson County and make a new county. When the request was turned down, he requested a new county be created by Joint Resolution, which was approved on April 11, 1848.

A board of commissioners from Elk, McKean, and Warren Counties was appointed to set up the county seat. This was Blood’s settlement, by this time named Marien after Blood’s daughter. Cyrus Blood himself served as one of the first county commissioners, along with Edward Shippen and Charles Fox.

In 1866, due to pressure from a local family, territory from Venango County was added, which brought the borough of Tionesta into Forest County. In the same act, passed on October 31 of 1866, the legislature changed the county seat from Marien to Tionesta.

It could be safely said that this did not go over well with everyone. There was controversy between the citizens of Marien and Tionesta, and much debate on whether to move the county seat or not. This was solved in a unique way by a few of the citizens of Tionesta.

They stole the courthouse.

Late at night, when everyone was asleep, they took some wagons pulled by oxen, loaded up the Marien courthouse–all of the files and equipment–and absconded with it. When the sun came up the next morning, the courthouse had been installed in Tionesta.

Offhand, I can’t think of any reason the Marien folks couldn’t have tried the same stunt; if you had enough oxen and wagons, you could alternate the courthouse location nightly. But they seem to have let it go at that. To this day, the county seat remains in Tionesta.

The story of the stolen courthouse is still told today, appearing in the book “History of Forest County.” For Old Home Week in 1912, the event was depicted on a watch fob that was sold to raise funds, and the late-night courthouse theft has been the subject of several parade floats.

There’s plenty to do in the Allegheny National Forest and Surrounds. Lots of reasons to visit. And if you happen to be in Forest County, take a moment and consider it, the history of this place, where the county seat literally was changed overnight.