Signals In Stone: Mystery cairns along the I-80 Frontier

Among the many intriguing mysteries in the Pennsylvania Wilds, there’s one in Clinton County, along the I-80 Frontier. It’s in State Game Lands #89, and if you’re willing to brave potential run-ins with snakes, ticks, ants, and a pretty steep uphill hike, you can go and take a look.

If you drive through Lock Haven, cross the Jay Street Bridge, and then drive west to Farrandsville, you’ll be in the right neighborhood. Drive through Farrandsville to its end and park near the ruins of the old CCC Camp. From there, walk up the Hazard Road, which is a road in name only, really. It’s a rocky dirt path on a fairly steep incline. In the couple of miles you’ll have to hike, you may encounter snakes, ticks, and fourteen-inch anthills that would not be out of place in a 1950s horror movie, so be cautious. Also be cautious because this is state game lands, so it’s probably best to avoid going during hunting season.

Your destination is an open field, the fourth such field to the left on your hike. When you travel the short trail in and look into the field, you’ll see them.

They are somewhat organized piles of rock, or cairns, distributed throughout the field in varying shapes. Walking through the field, you can see rocks stacked neatly in the shapes of cones, domes, and random assortments. They were clearly built that way deliberately; you can tell that by looking at them.

What you can’t tell is how old they are, or who built them. And that’s the mystery. 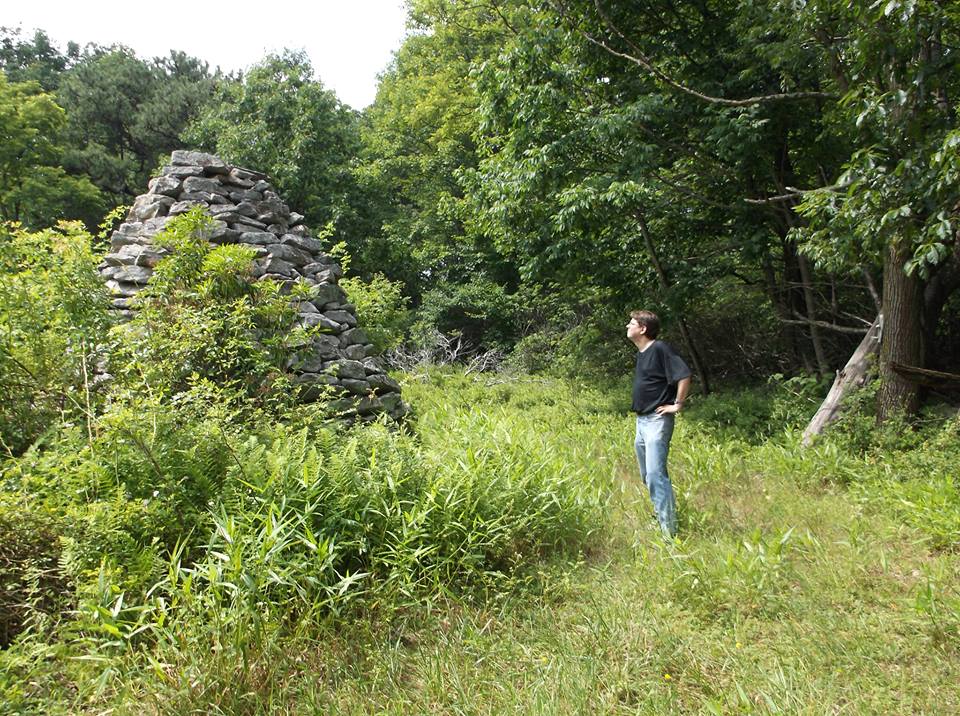 One of the more mundane theories involves farmers stacking the rocks as they clear their fields. It’s also one of the more unlikely theories; most farmers have better things to do than carefully shape stacks of rock.

Another, somewhat more plausible, theory involves the Civilian Conservation Corps. Created as a work program during the Great Depression, the CCC built several of the roads and paths in the area, including the Hazard Road itself. Some people have suggested that they were responsible for stacking the rocks and creating the cairns, and it must be noted that the cairns are not far from a former CCC Camp, the ruins of which can also be seen.

“What I’ve heard from the CCC boys is that they would fan out along a prospective road for rocks,” stated John Eastlake of the Pennsylvania Department of Conservation and Natural Resources, who also added the disclaimer that he hadn’t studied these particular cairns. “Some of the ‘boys’ were artistic and would make neat piles. These rocks then would be used as a road surface by the ‘rock pounders’ who would come along later and sledge hammer the rocks into baseball size.”

(Photo at right: A Civilian Conservation Corps crew at the S-80 Masten camp in Lycoming County breaks rocks for a road surface. Courtesy of John Eastlake.)

Another theory has to do with the Native Americans in the area. Many of the tribes did use cairns to mark territories, directions, and sacred sites. What else were they going to do in those days, order a street sign? In many areas, burial grounds or the sites of battles were marked with similar stacks of rock. 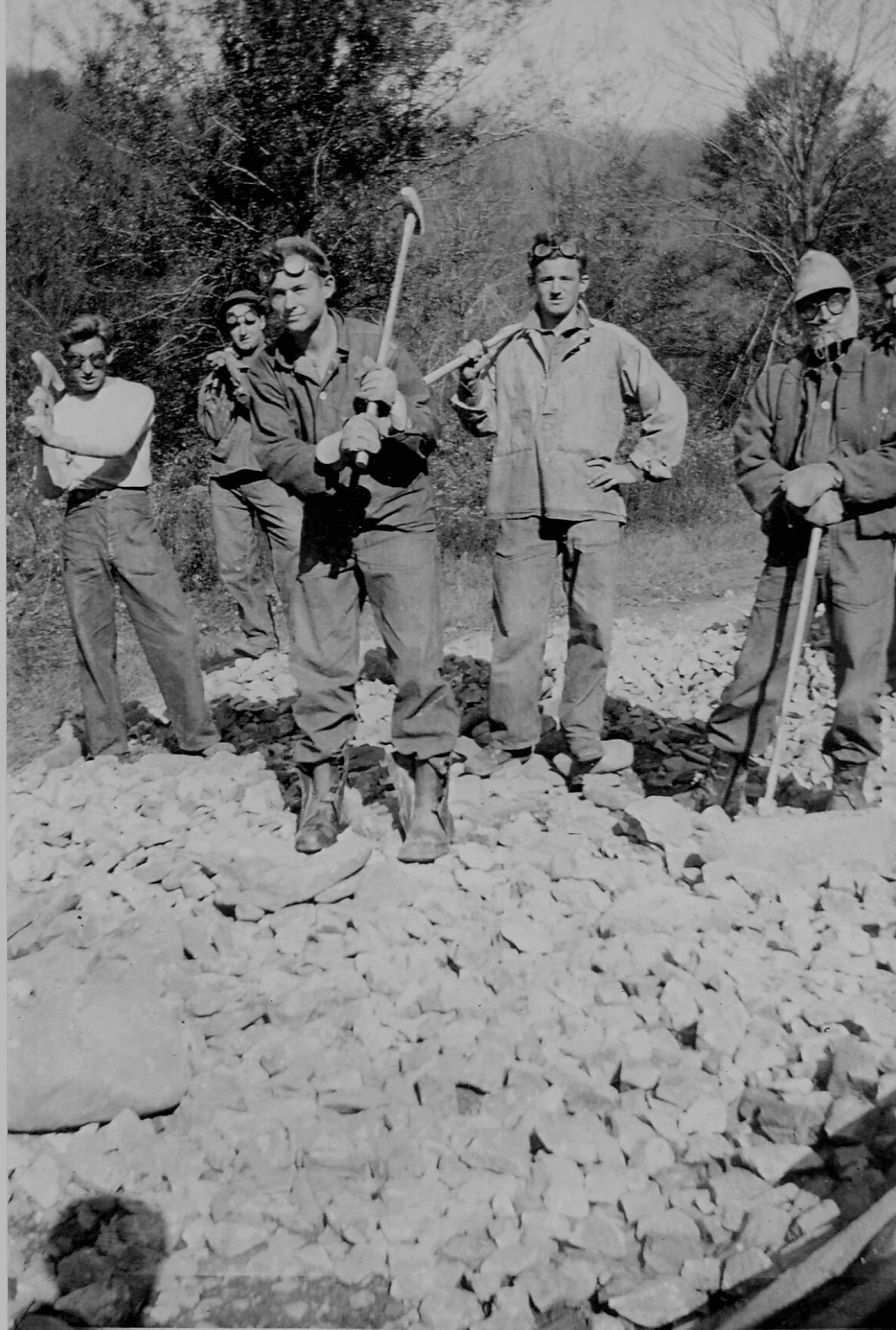 There were tribes in the area; the Susquehannocks were the most prominent. And a legend does exist of a sacred healing spring in the neighborhood. (You may want to consider looking for the healing spring; after the steep hike up, you’re going to need it.)

Whatever the answer, it’s clear that the cairns have been there for a long time. So has the mystery. And if you’re in the mood for a hike, you can go and seek out both.