There are a million stories in the history of the Pennsylvania Wilds. As the holidays roll around, it’s always interesting to look into them. Like a visit from the Ghost of Christmas Past, it’s fun to see what was happening a hundred years ago, around this time.

In Clinton County, in what is now the I-80 Frontier of the Pennsylvania Wilds, a century ago a gift was given to the county by Henry Wharton Shoemaker.

I’ve written before about Shoemaker. He was a folklorist and writer from McElhattan, scribbling down old ghost stories and legends from the past. (I’d like to think we would have been friends.) He was very heavily involved in the community, and was a big fan of Christmas. More than once, he would loan a sleigh from his collection to the community, so that Santa Claus could arrive in it. Shoemaker was a good guy that way.

(Photo of Henry Shoemaker, at right, provided by the Ross Library.) 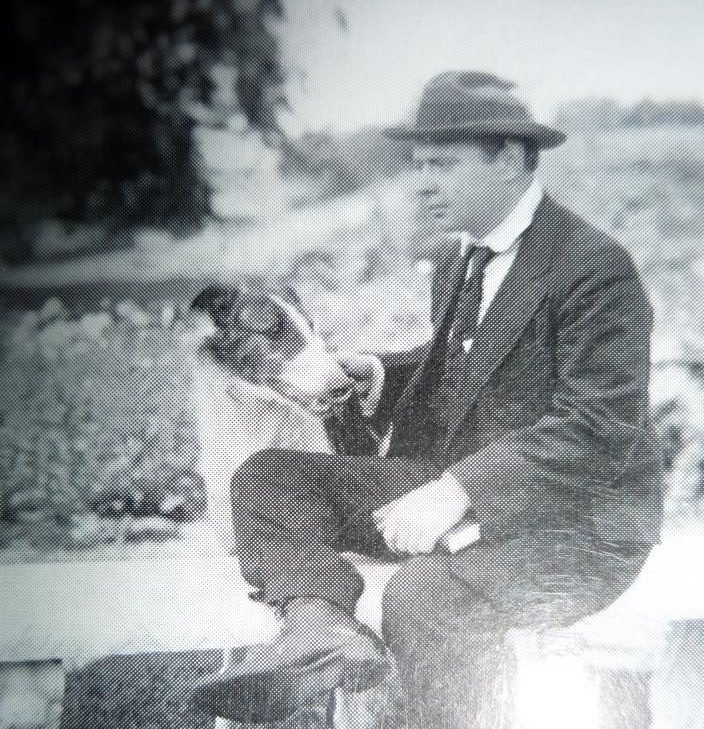 A century ago, in December of 1919, he presented his Christmas gift to the county: two beautiful, elaborate portraits for the courthouse.

The Clinton County Times, a popular newspaper of the day, covered the story. Shoemaker had hired Annie Snyder to paint two portraits of local attorneys Charles Mayer and James W. Quiggle. Annie Snyder of Salona was a prominent local artist, largely self-taught; she’d begun as a child, painting with leftover paint on the side of her mother’s barn wall. With no education but plenty of talent, she’d grown into an amazing artist, a PA Wilds artisan before there even was such a thing.

The presentation was done on the Saturday morning before Christmas, December 20, 1919. Shoemaker gave them to the county with his attorney, B.F. Geary. Judge R.S. McCormick accepted them on behalf of the county, giving a short speech of thanks.

“On behalf of the court, the members of the bar, the court officials, and the public in general,” he announced,”I am glad to accept these portraits. Time passes so rapidly, present events are so pressing that we are prone to think too little of those who have gone before. It is a kindly act therefore, to arouse our interest in our predecessors, as does the presentation of these portraits. For these opportunities we heartily thank and acclaim the generous donor, Colonel Henry W. Shoemaker of McElhattan, Pennsylvania.”

The Clinton County Times, in an article on the front page, expressed gratitude to Shoemaker and suggested that it would be a good start to a possible future collection of portraits. Shoemaker’s donation is still in the Clinton County courthouse, on Water Street in Lock Haven. Not only that, but the community is still, a century later, filled with reminders of both Henry Shoemaker and Annie Snyder. Several organizations and churches still display Annie’s work in their buildings, and Shoemaker’s writing is available at the Ross Library. Both of them gave to the community in ways that still have an impact, a hundred years later.

Shoemaker’s Christmas gift to the community is still there, viewed as you walk down the courthouse hall. If you happen to be there and see it, take a moment to think of him. Happy holidays.