Route 120, known in Clinton County as the Renovo Road, connects Lock Haven with Renovo; it extends well beyond Renovo, however, all the way to Ridgway in Elk County. It’s the winding road that is seen when standing atop the mountain at Hyner View State Park, and it’s part of two scenic drives: It begins the Bucktail Scenic Byway and is part of the Elk Scenic Drive. It runs through the I-80 Frontier, Dark Skies, and Elk Country. It was built along the route of the old Sinnemahoning Path, a Native American trail, and offers a view of the West Branch Susquehanna River, along which it runs.

And yet, when it was built in 1928, it was considered impossible.

An article on the front page of the Lock Haven Express on December 8, 1928, mentioned that the twenty-mile section of road between Lock Haven and Hyner had been finished, and had passed the final inspections by the state. It was called a “triumph of road building” and “a magnificent scenic highway.” 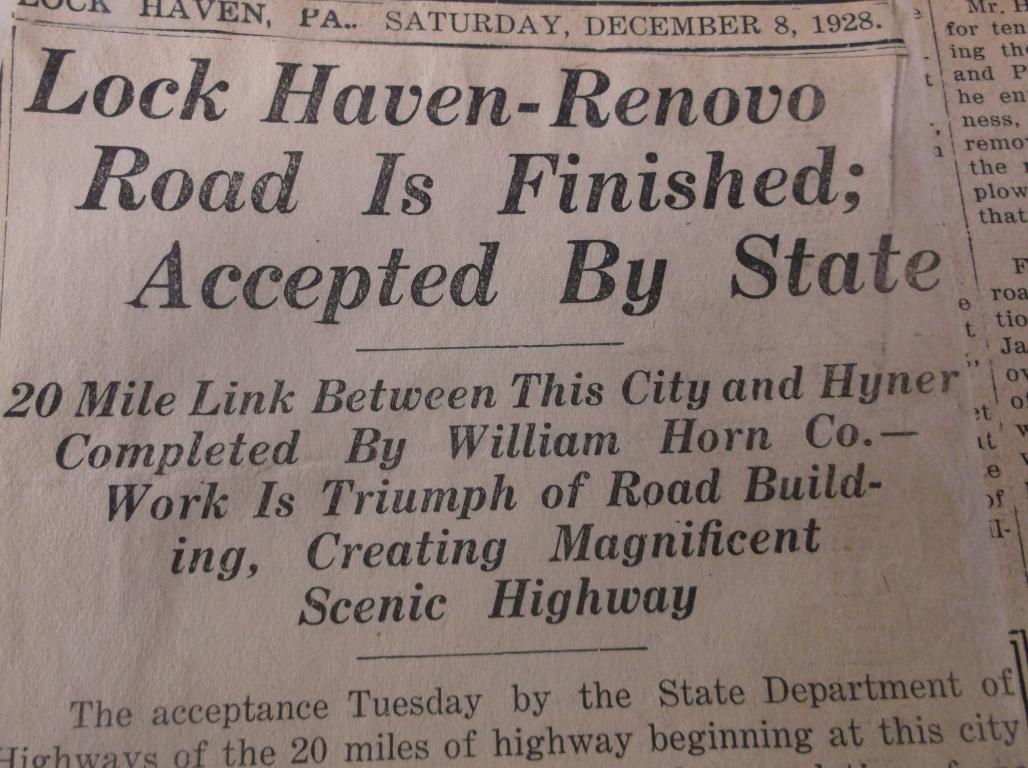 The road was constructed at a cost of $700,000, at the time the largest excavating contract ever awarded by the state of Pennsylvania. After the state Highway Department surveyed the route, they hired William C. Horn Company, of Athens, PA to construct the road in October of 1926. But it was considered, at the time, a waste of money and effort. The Renovo Road was said to be impossible to build.

“Predictions were made that the task would be an insurmountable one,” the article stated. “The conditions would be impossible and …. he [Horn] would be unable to complete it without serious monetary losses.”

Given the resources Horn was using at the beginning, this was almost accurate. He had to get rid of his previous equipment and acquire some new and better stuff. “Five huge Erie Gas-Air shovels were employed, together with three others, the eight being used simultaneously,” the article read. “At the same time, blasting operations were conducted, four carloads of dynamite were being used, amounting to 50 tons.” The work included nineteen structures, bridges, and culverts, plus the drainage, and depending on the season, between one hundred and four hundred employees at any given time.

Not that it was easy. When construction began at the end of 1926, it was an especially rainy season, which slowed things down considerably. The only action that could be taken, initially, was to move in the equipment, build camps for the men, and wait for the weather to dry up. During 1927, they were able to build as far as Glen Union, a little over halfway.

The rest was completed during 1928. The work required six cuts through the rock, where stone was blasted out of the mountain. At times, this dislodged more rock than was strictly necessary, causing tremendous rock slides. And yet, through it all, there wasn’t a single fatality.

In addition, the road met the state specifications, which required that the actual road come within two-tenths of a foot of the original plans. This means that several hundred men, using dynamite and heavy equipment, building over twenty miles of road, were required to be within two and 1/5 inches of the plans….And they actually did it.

“With the completion of the bridge, the eastern and western ends of Clinton County for the first time will be linked by a direct route, easily traversed,” the article concluded. 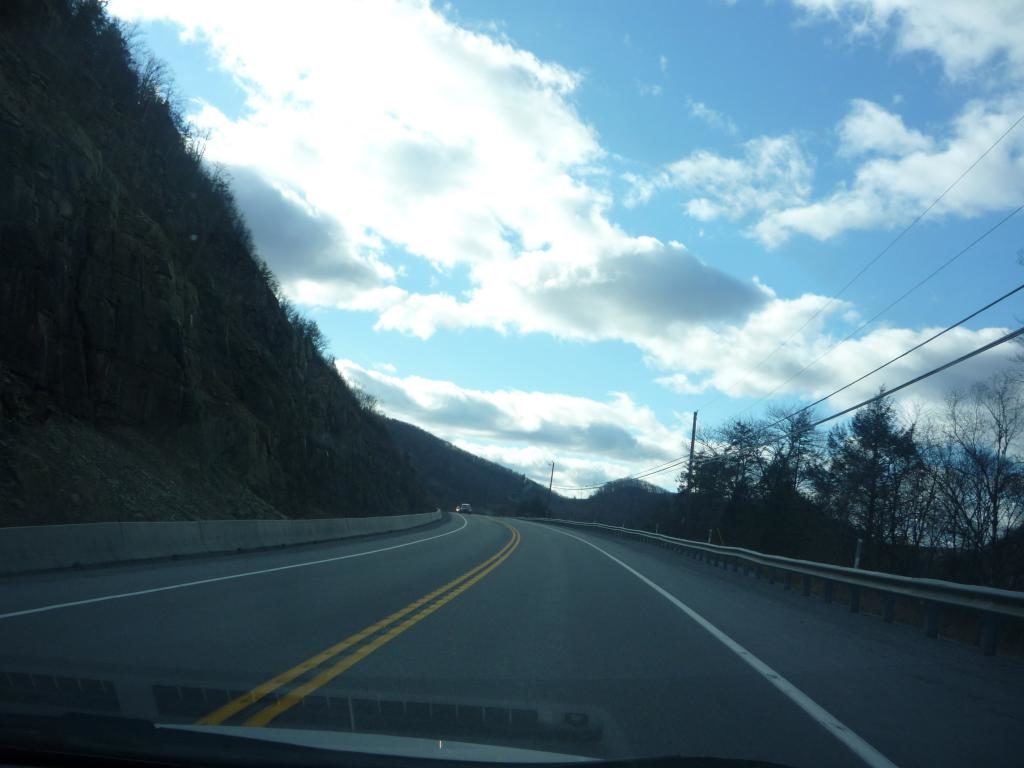 Today the same road still exists, a part of two scenic drives, and it offers a pleasant experience through Clinton County and beyond within the Pennsylvania Wilds.

The journey of a lifetime through the Pennsylvania Wilds