July 20, 2019 – The Pennsylvania Wilds joins the world on July 20th 2019 to commemorate the 50th anniversary of the historic Apollo 11 mission, and celebrate its impact on science, technology and humanity. Read on for some notable connections between the PA Wilds and this world-changing moment that changed our perception of the cosmos forever, and ways to celebrate here in rural Pennsylvania!

Did you know a Case knife was on board Apollo 11?

#PAWildsMade In the early 1960s, the National Aeronautics and Space Administration (NASA) commissioned W.R. Case & Sons Cutlery Company to develop a knife that would be stowed inside a “survival pack” in every manned U.S. spacecraft involved in the Gemini and Apollo mission series, including Apollo 11. In all, the Case® Astronaut Knife M-1 traveled to the Moon and back nine times from 1968-1972 as part of NASA’s Apollo program, according to Case historians. Read Case News Release on Apollo’s Anniversary Celebration

At the Zippo / Case Museum in Bradford, PA, you can see a replica of the 1966 Case M-1 Astronaut Knife! Zippo and Case both produced special commemorative items for the 50th Anniversary, including the Case M-1 Astronaut Knife 2019 Reproduction 2019 (limited reproduction of the original), and Zippo’s 2019 Collectible of the Year – a signature windproof lighter (with signature Zippo “click”!)   featuring the cratered surface of the moon and a carved astronaut figure. See Zippo’s 2019 Collectible of the Year featuring Apollo 11! 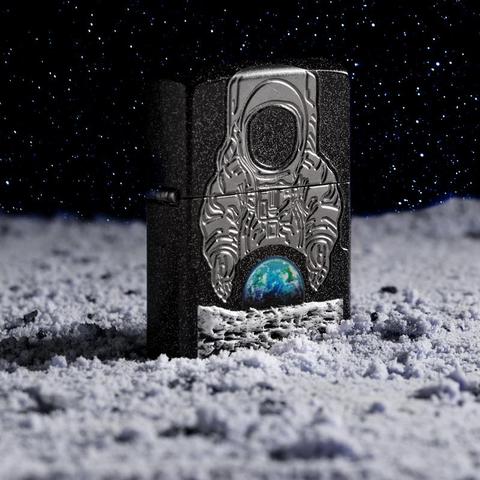 Pennsylvania Wilds recording artists Heron may be the only band in the world to release an entire instrumental rock album inspired by space exploration in time for the 50th Anniversary of Apollo 11, along with a music video featuring a female astronaut. The album, Sun Release, debuted on July 19. The music video for the song Gravity Shift, featuring a young girl dreaming of going into space and a female astronaut returning from a mission, will debut in Summer 2019, near the 50th anniversary of the Apollo 11 mission’s lunar landing.

#PAWildsMade #Artemis The music video was filmed in the Pennsylvania Wilds (Warren County) in October of 2018, which ended up being serendipitous timing. Eight months later, in June of this year, NASA announced the Artemis Mission to return astronauts, including the first woman, to the moon by 2024. Artemis was the twin sister of Apollo and goddess of the Moon in Greek mythology. Watch a preview of the video and hear the space-travel inspired album. 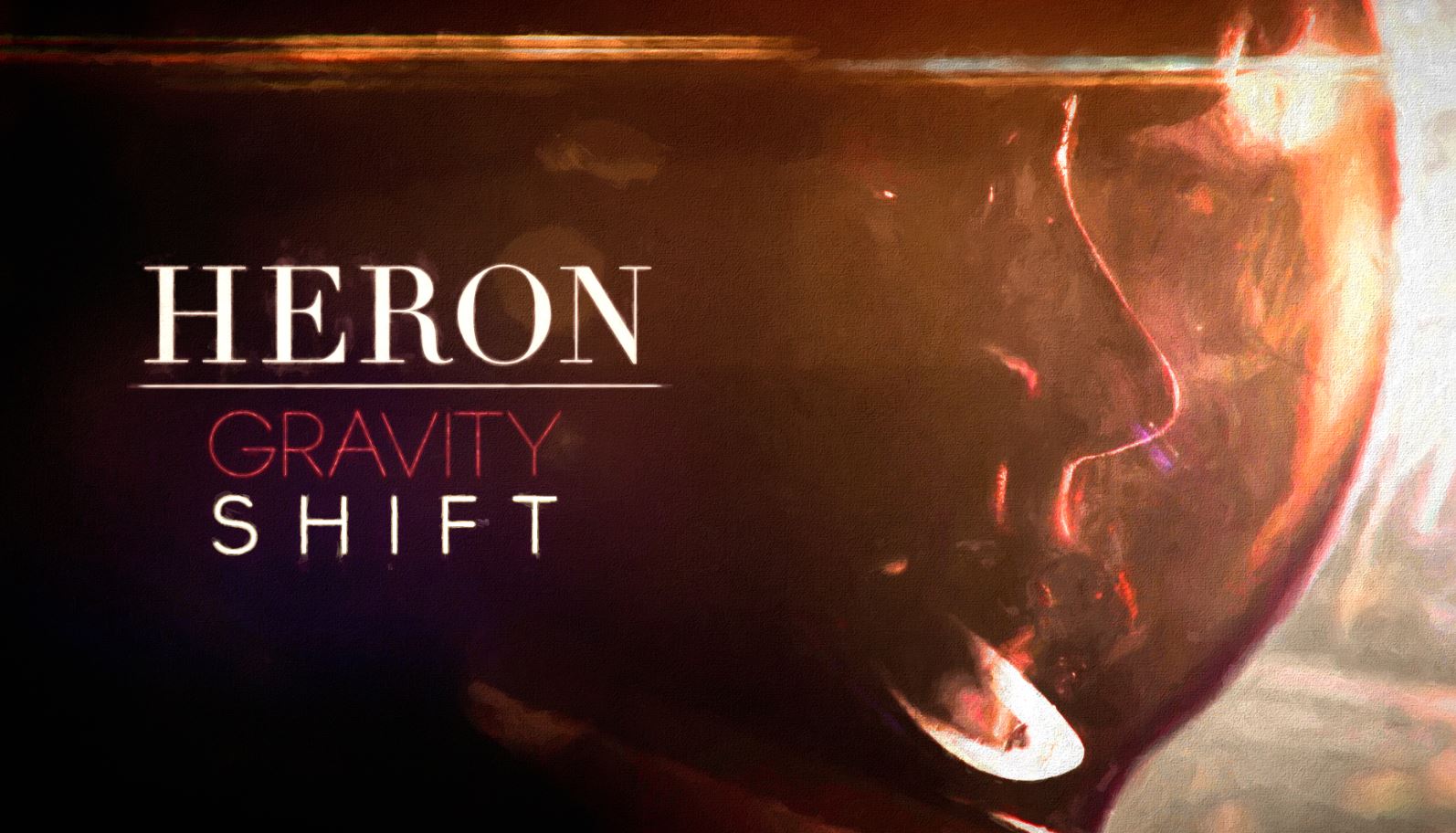 The Taber Museum in Williamsport will host a display featuring a private collection of items related to the Apollo 11 moon mission from late teacher Will Huffman. Items include special photos sent to Mr. Huffman from NASA, autographs from the three mission astronauts, and hand crafted models of the moon landing and spacecraft.

The collection will be on display through September 1. Learn more.

Stargaze and ponder the cosmos at Cherry Springs State Park to celebrate Apollo 11 and get excited for #Artemis – America’s next mission to return astronauts, including the first woman, to the moon by 2024! The entire Pennsylvania Wilds is prime viewing for dark skies, but the astronomy stargazing at Cherry Springs State Park in Potter County is world famous. Literally! Cherry Springs is the world’s second certified International Dark-Sky Park. Named The Most Beautiful Spot for in Every U.S. State for Pennsylvania by MSN Travel in 2017: “Cherry Springs is possibly the best spot for stargazing in all of the U.S. On a given night, 10,000 stars are visible to the naked eye.” Visit PA Wilds Dark Skies Landscape 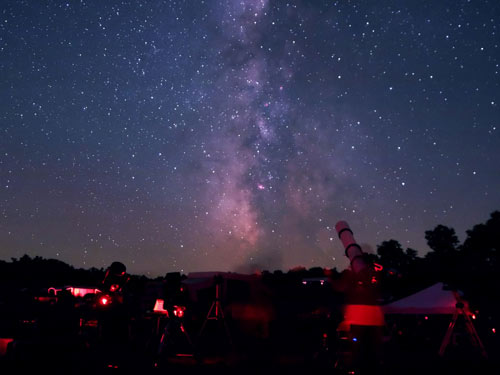 Story in the Bradford Era – by Joellen Wankel

A Smethport father-son duo witnessed the entire preparation process for the historic mission that culminated in the first man to walk on the moon. From the Bradford Era, “Bill Barton, a Smethport native, moved to Florida in 1966 to become a photographer for Technicolor, a Kodak Company, that was under contract with the National Aeronautics and Space Administration. At the time of his move, his oldest son, Bart, was away in the Air Force. However, when Bart was discharged, his first job straight out of the armed services was as an employee of ITT Federal Electric, a subcontractor hired to work on the Apollo 11 launch. Read the Full Story in the Bradford Era (subscription required)

Did we miss any notable PA Wilds & Apollo 11 connections, stories or events?

Let us know in the comments below! Happy stargazing, and we’ll see you out in your #PAWilds. 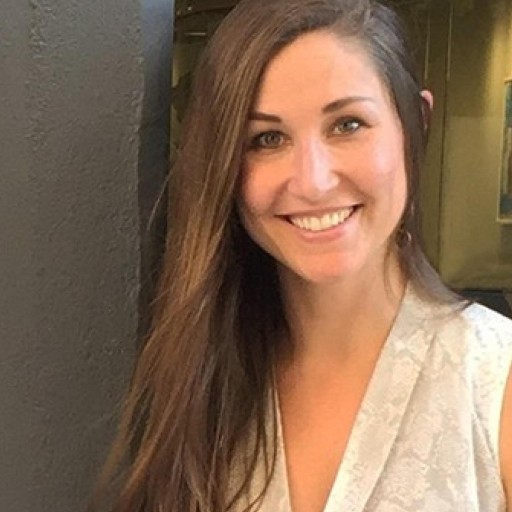 Author: Kristin Lewis
Born and raised in the PA Wilds, I grew up surrounded by vast forest in a supportive, small town community that's been home to 5 generations of my family. After 10 years of living in urban areas, I relocated back to my home in the Wilds. While I love to adventure and travel, the PA Wilds Lifestyle to me is second to none... it's the great forested landscapes, fresh air and room to move, close-knit communities and endless opportunities for outdoor recreation, fun journeys, the arts and unique and authentic small businesses. Wild and welcoming!