Incredible natural assets and unique entrepreneurial endeavors of the Pennsylvania Wilds are often featured in the news. Here’s a quick look at some of the recent headlines and excerpts.

Bradford and its surrounding areas offer an array of things to do to keep families on the move and entertained. With hiking, ATVing, mountain biking, camping, fishing, kayaking and visiting historic sites, there’s never a dull moment. The town is full of historic attractions such as the Zippo-Case Museum, the Marilyn Horne Museum and the Main Street Movie House. Bradford and the Pennsylvania Wilds are the perfect places to create new summer memories. Read the article

(Aerial photo of Bradford at right provided by the City of Bradford.) 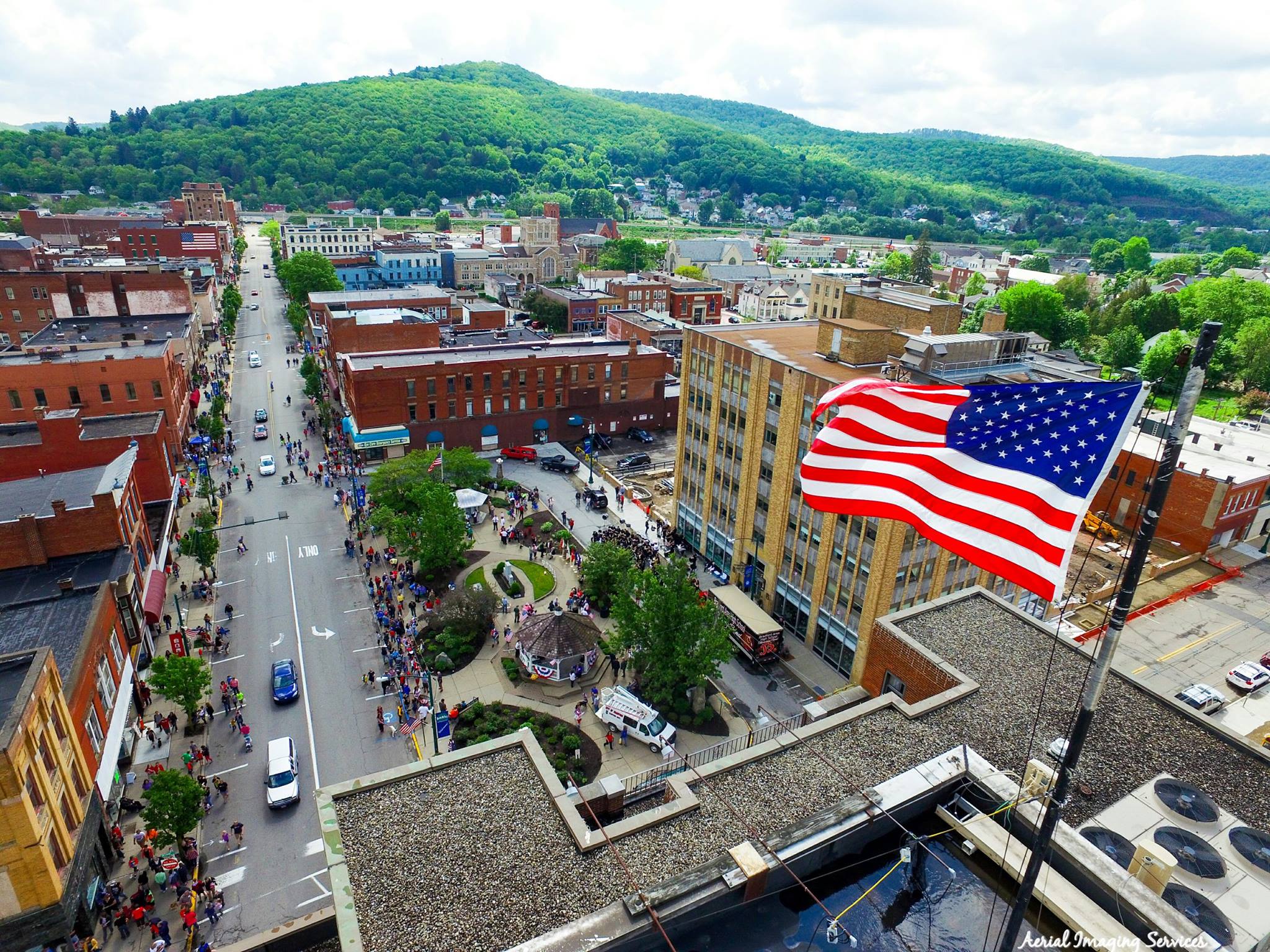 65 Scenic Drives in America You Don’t Want to Miss

The Scene: Built in 1807, the serene highway along Pennsylvania’s northern tier is more than 400 miles long. Explore charming historical towns along the route, which draws nearly 3.5 million visitors each year.

The Pit-Stop: Gaze at the stars at Cherry Springs State Park, a 48-acre park with the darkest skies on the eastern seaboard. 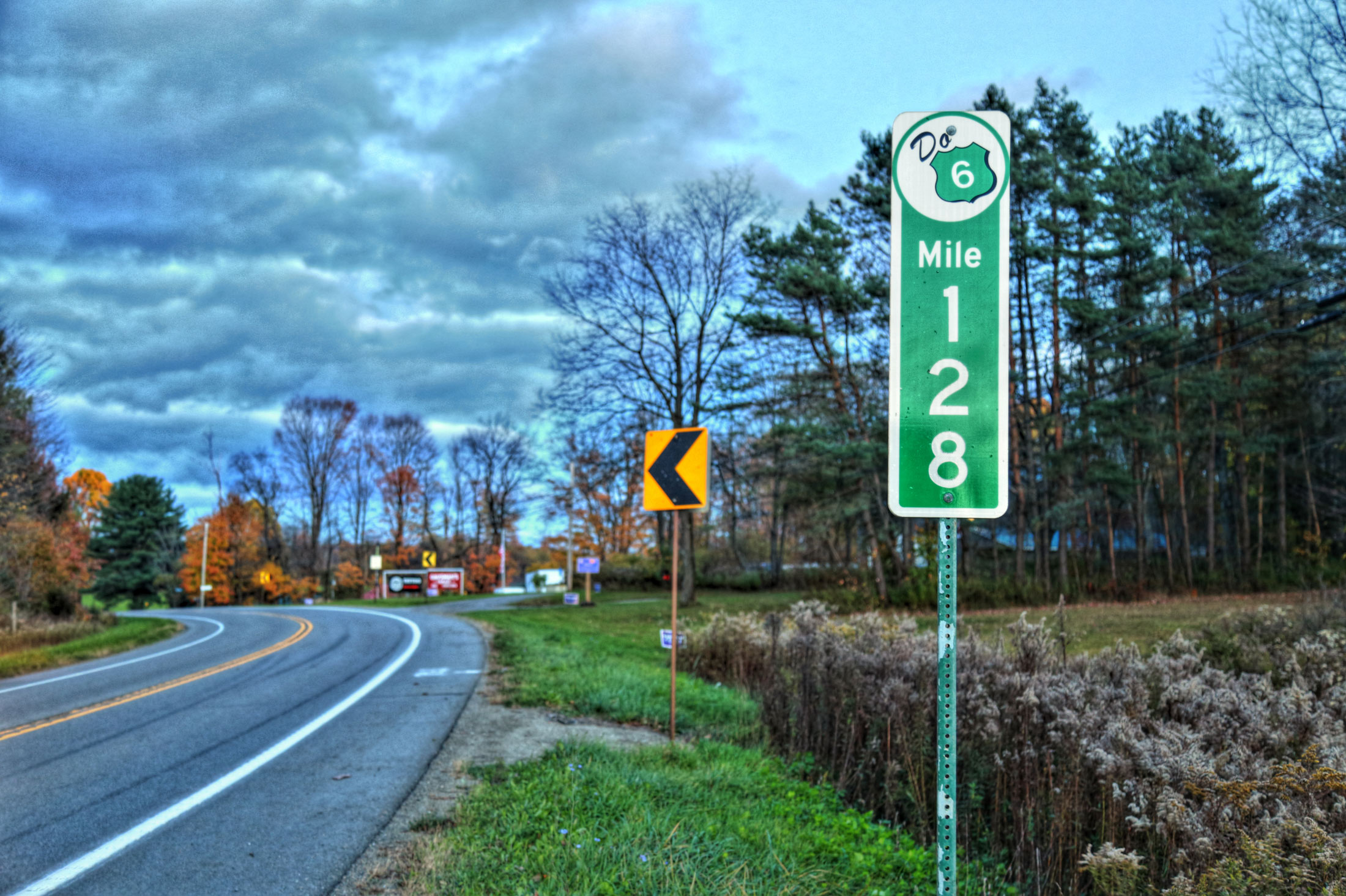 Exciting changes are happening at Allegheny Outfitters (AO) in Warren, PA. The nature-based, veteran-owned company started in 2006 as a livery service, renting kayaks and canoes to tourists in the Pennsylvania Wilds. Now AO is on the move, combining operations from its small storefront canoe, kayak and backpacking shop on one end of Warren, and its livery operation on the other side of town, into one big downtown building right on the banks of the Allegheny River. Read the article 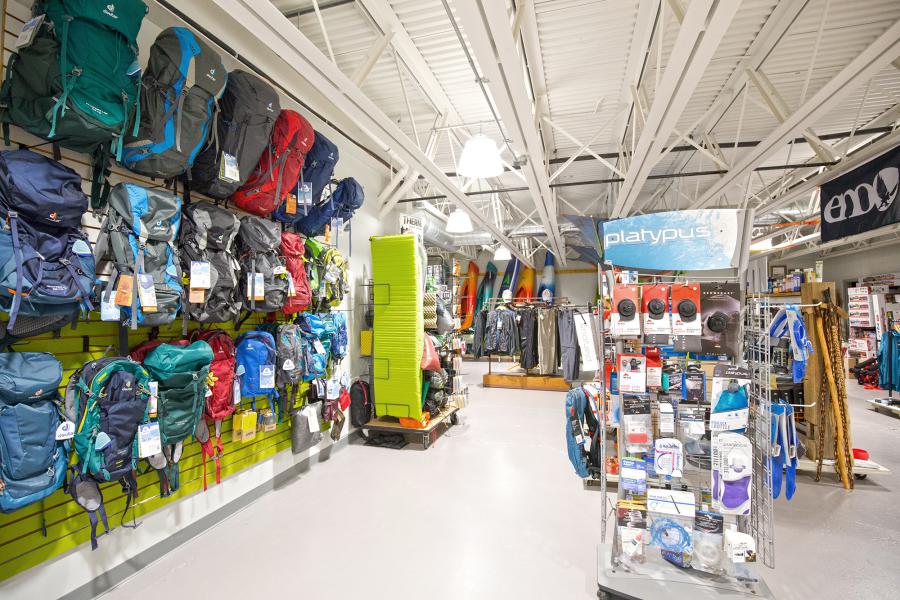 ST. MARYS — “Handcrafted” is a common marketing term today. From clothing and household goods to food and beverages, many items supposedly are “handcrafted.” But that actually is the perfect description for Straub Brewery and its beers produced by good old-fashioned hands-on, hard work in the Straub family German tradition since 1872…. Current Chief Executive Officer and President William Brock, the great-great-grandson of the founder, maintains much of the craft brewing traditions while innovating, such as infusing some brews with fruit and adding a Visitor Center & Tap Room, to remain modern…. A regional brewery with 26 full-time employees, Straub is sold only in Pennsylvania and a small slice of eastern Ohio. The Pennsylvania Wilds spans across 13 counties in northcentral Pennsylvania, and it is a focus of Straub’s current marketing campaign. Read the article 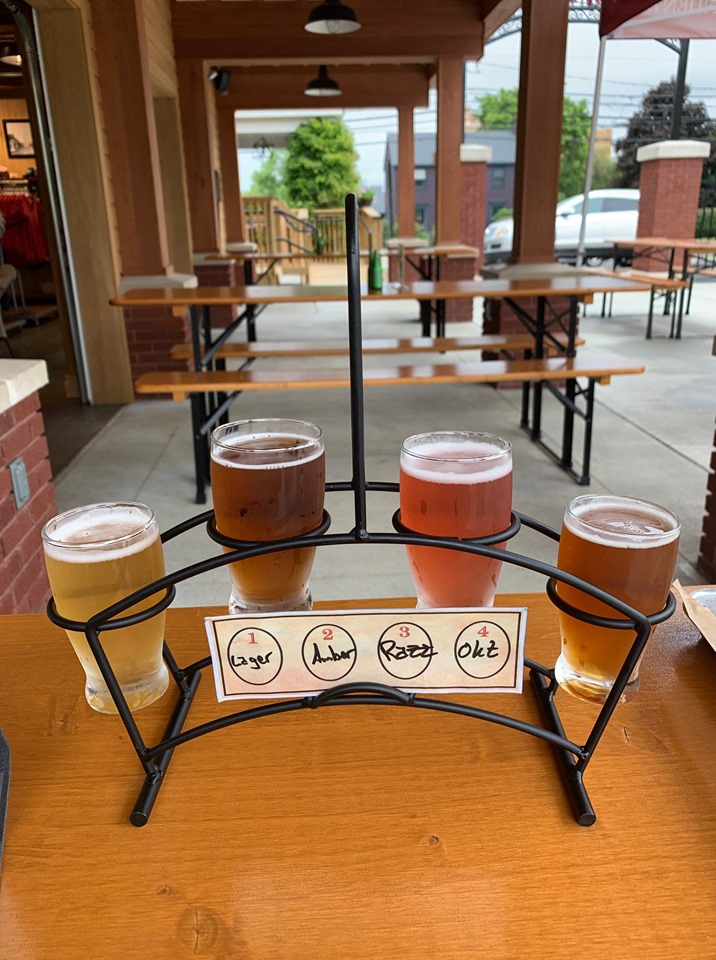 BENEZETTE — Thousands of people from throughout the state attended a celebration of Pennsylvania’s wild elk herd in Benezette over the weekend. More than 100 vendors offered games and education for families and nature enthusiasts. Those included the Pennsylvania Game Commission, Keystone Elk Country Alliance, Pennsylvania Trappers Association and others. The 2019 iteration of the Elk Expo, a Pennsylvania Wilds tradition, was held at the Elk Country Visitor Center on Winslow Hill — a primary elk-viewing area — Saturday and Sunday. Read the article 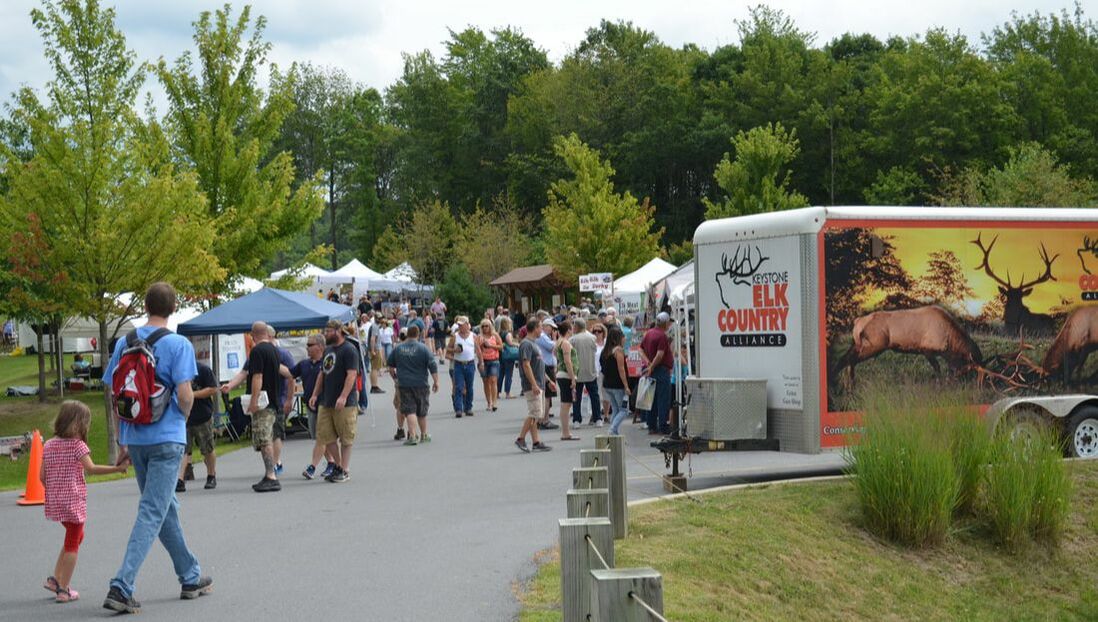 A unique distillery in the Kane area has received a boost in its path to production — a $489, 200 grant from Pennsylvania’s State Redevelopment Assistance Program that will help with a two-part construction phase for the facility. The Wilds Sonshine Factory facility, which is planned for a location on Route 6 west of Kane, will be the only distillery where the product is made entirely from the sunflower plant — which will be exclusively grown in the Pennsylvania Wilds. Read the article 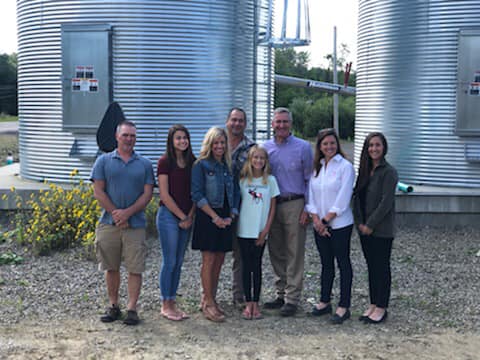 A small-town movie theatre comes back to life

From 1920, when it opened as a silent film venue, until 1975 – the year Jaws came out – the Victoria Theatre was downtown Blossburg’s movie palace. Tioga County native Tom McNamara remembers seeing films there as a kid, and even being thrown out for tossing something at the screen. Tom has since made amends. Now a retired schoolteacher, he and his wife Tonya began renovating the long-shuttered theater in 2009. Today, the Victoria shows first-run films, hosts community events, and boasts state-of-the-art digital projection and devices to assist the hearing and visually impaired…. Located in the Pennsylvania Wilds, the theater is community minded and the community has reciprocated. Read the article 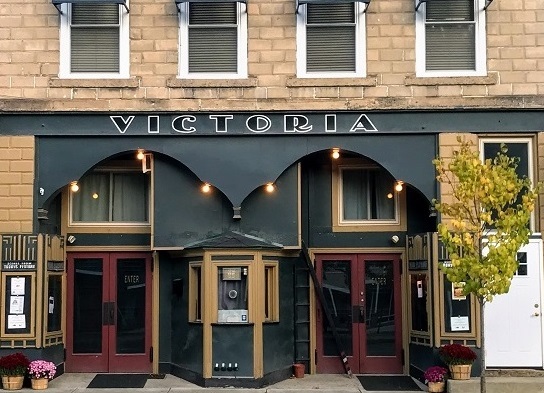 Wonders of the Wilds: A Better Kind of Light Pollution

By Scott A. Yeager for GANT News

It is always a joy to see the reactions of those who visit the Pennsylvania Wilds.  Our region attracts adventurers and travelers seeking an easier pace from all over our Nation. While the days spent among our ancient mountains, rolling hills, cozy valleys and diverse waterways are never boring, it is astounding to see the utter glee that people exhibit during warm summer nights…. For visitors, travelers and residents alike, dusk is not merely an end to the day, it is a new beginning for the senses. In that small space between dusk and the dark of night, one can experience a magic time, one best shared with others.  In trees and misty fields, fireflies begin their rhythmic play. Read the article 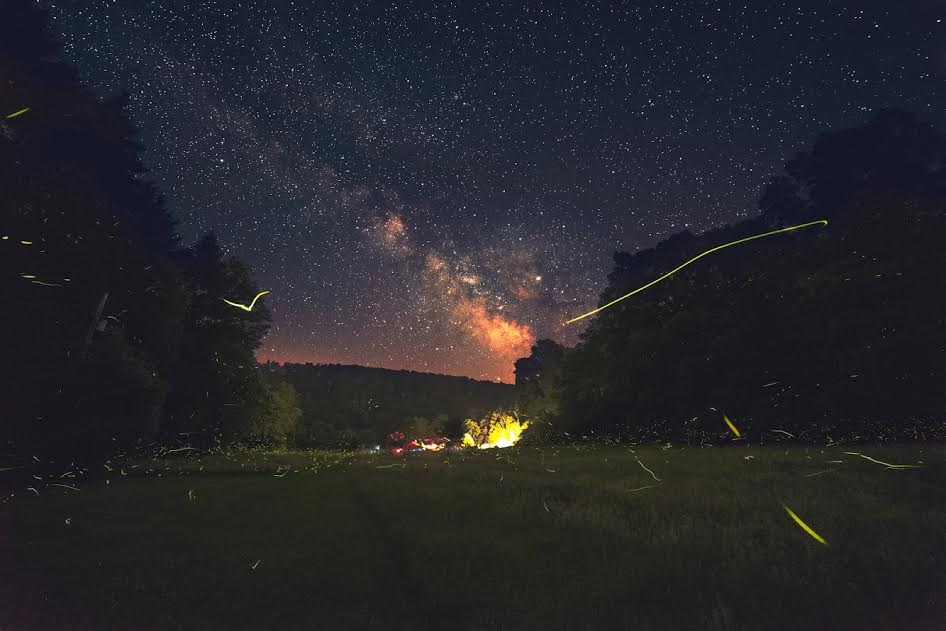