Editor’s note: Some information for this article was obtained from a press release issued by the PA Department of Conservation and Natural Resources.

Two sections of a rail trail in Clinton County will soon be connected, and the bridge making that connection was dedicated and named in honor of a Clinton County planner who helped make the proposed renovations to the bridge a reality.

Department of Conservation and Natural Resources (DCNR) Secretary Cindy Adams Dunn joined local and state officials for a ribbon-cutting ceremony celebrating the opening of Falcon Bridge on the Bald Eagle Valley Trail, located within the I-80 Frontier landscape of the Pennsylvania Wilds region.

Although temporarily referred to as Falcon Bridge due to a falcon nest that was found on the bridge earlier this year, causing some project delays, the bridge was re-named Katie’s Crossing, honoring the efforts of Clinton County planner Katie de Silva.

Although de Silva says the naming of the bridge was a surprise and was “overwhelming,” she acknowledges that no project is accomplished by solely one person. 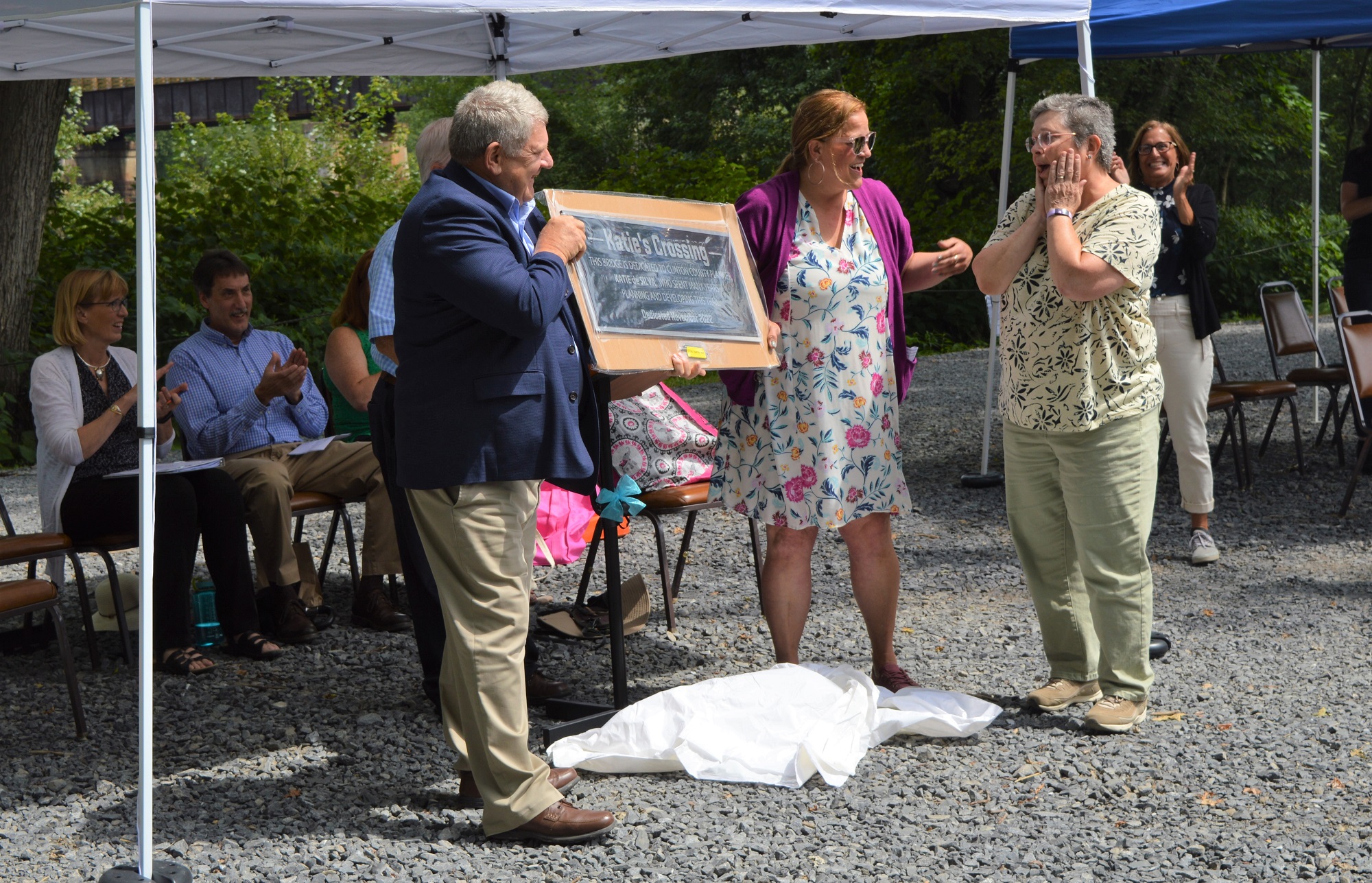 Penndot Deputy Secretary Jennie Louwerse and Tom Zurat from Penndot Engineering District 2 spoke of the complexity of the job, Penndot’s extensive staff efforts, and the challenges for the construction contractor, Glenn O. Hawbaker.

Penndot’s grant of $2,665,992 in Federal Transportation Alternatives Set-Aside Funds was a major part in making the project happen.

DCNR says this is the first hiking and biking trail that spans across the West Branch of the Susquehanna River.

The goal is for this trail to one day span 11.5 miles, with a walking/biking trail of crushed stone reaching from Castanea to the Jersey Shore Trailhead of the Pine Creek Valley Rail Trail.

“Today’s announcement helps close a critical trail gap and expand recreation opportunities for a region rich with beautiful natural landscapes,” Dunn said. “We at DCNR are pleased to support Clinton County’s ambitious efforts to increase access to trails and create greenways for fun, safe travel in such beautiful natural spaces.” 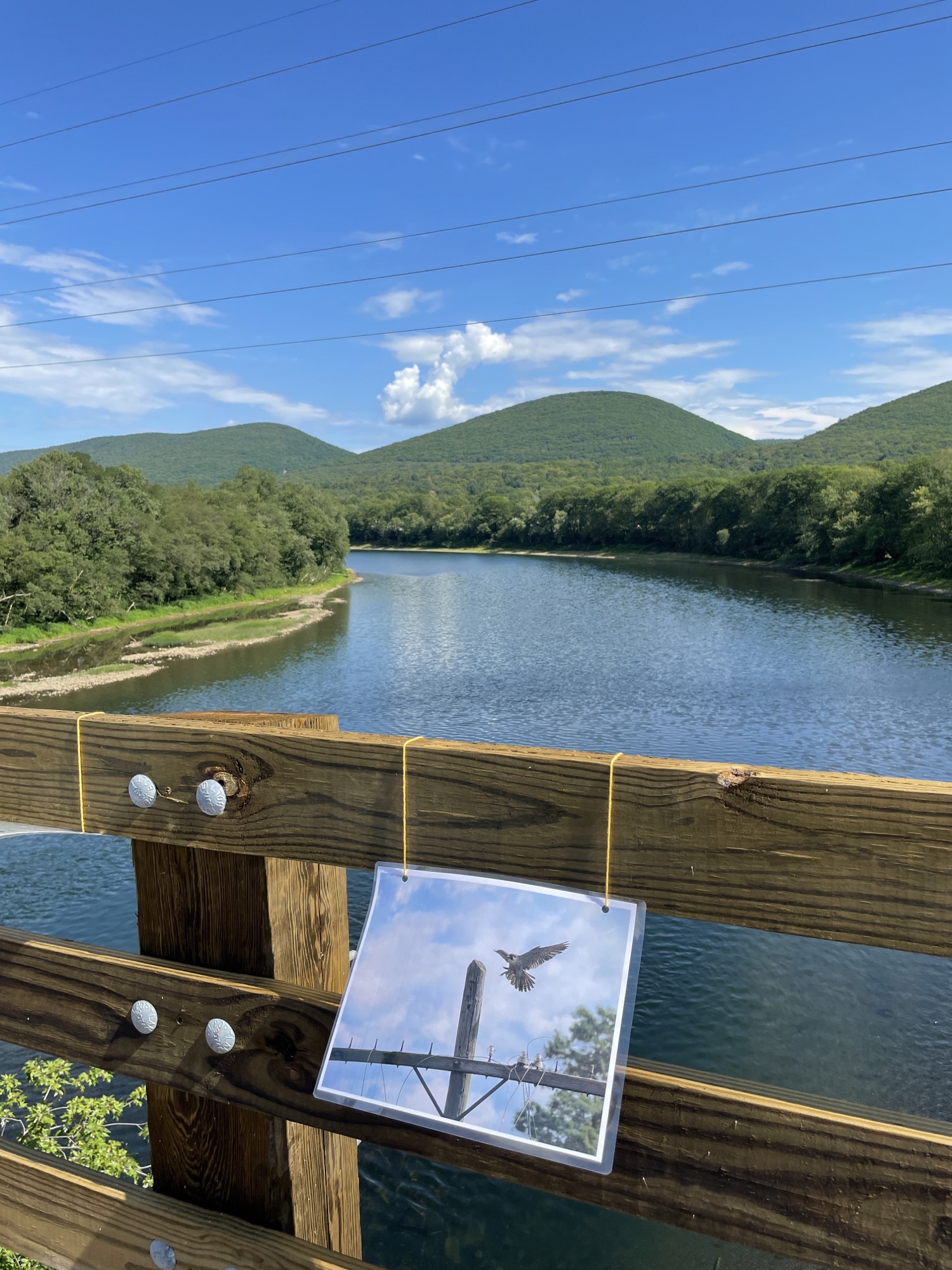 The new bridge will help connect two sections of the Bald Eagle Valley Trail that had been divided by the Susquehanna River. DCNR awarded $334,700 in funding for development of the bridge and other rehabilitation work on the west branch of the Susquehanna River. The project includes improvements to make the rail trail ADA accessible.

“Getting the 11.5-mile trail across the West Branch of the Susquehanna was the greatest hurdle toward making the connection between Lock Haven and the Borough of Jersey Shore, where our trail will connect with the 62-mile Pine Creek Rail Trail,” said Clinton County Board of Commissioners Chairman Miles Kessinger. “We commissioners recognized early on that a county without a major bike-ped facility is losing a huge opportunity to attract visitors and improve the quality of life for its residents. We’ve worked hard on this for a long time, but it never could have happened without federal and state funding support and technical assistance, and tremendous local support.” 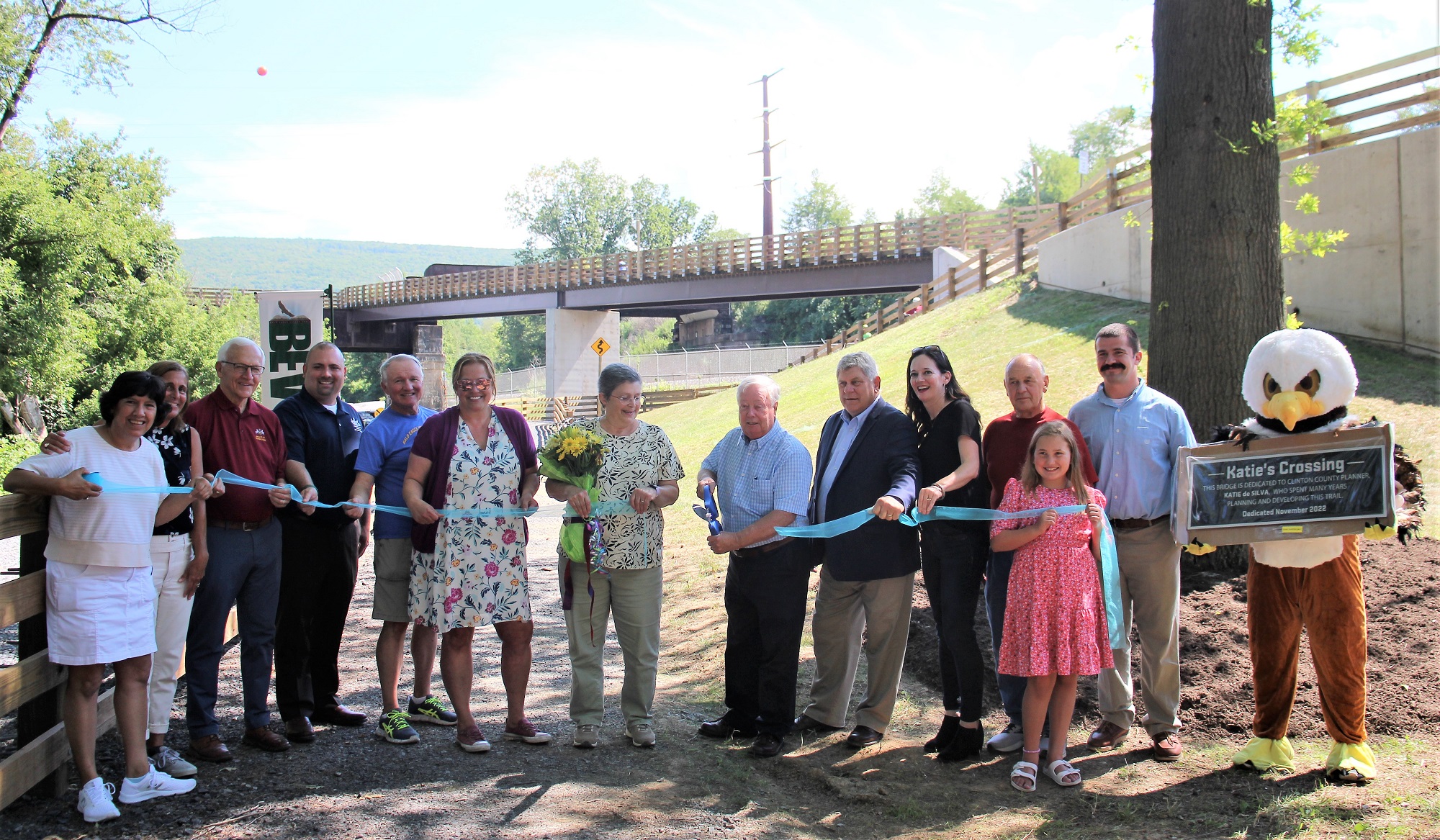 Author: Britt Madera
Britt joined the PA Wilds team as communications manager in 2022, helping to tell the stories that make our region so unique, whether that is covering our beautiful landscapes, the innovative businesses, or the spunky people that call it home. She had worked the last 10 years in radio and news broadcasting, and now she’s continuing to connect media outlets with positive news stories. Britt oversees external communications, media relations, and paid and volunteer content on the blog. As someone who grew up in Clearfield County and moved back shortly after college, Britt is eager to share her passion for the PA Wilds and help our area grow and shine.