I have to say, I love my copy of the PA Wilds Outdoor Discovery Atlas. Practically every time I write one of these articles, I pick it up, and I’ve been known to page through it when my family is going someplace, too. It lists the counties and the landscapes, as well as just about every enjoyable activity we have going for us here in the Pennsylvania Wilds.

One thing you won’t find, however, is Benzinger Township. Really. Go and check. Benzinger Township was in Elk County, and the present-day Elk Scenic Drive runs through it. The interesting thing is that it no longer exists — not as a township, at any rate. It’s a little tough to find out much information on it, so I went and looked at the book “History of the Counties of McKean, Elk, Cameron, and Potter, Pennsylvania.” Not only does typing that title significantly increases my word count per article, but the book also contains historical information on about a quarter of the PA Wilds.

Saint Marys was, from the start, one of the most notable communities in Benzinger Township, and the histories of the two communities have been intertwined. In 1842, a committee was created in Philadelphia and Baltimore to travel to the west, looking for untouched land to create a colony. They wound up in an area at the border of Jefferson and McKean Counties and decided that would be a good enough spot. At the time, Elk County hadn’t been founded yet, so when Elk County was founded in 1843, the committee found themselves inhabiting a new county.

The early settlers of the area were largely Catholic. They reached the area on December 8, 1842, the feast of the Immaculate Conception of the Virgin Mary. They noted that the first female settler to arrive with them was also named Mary, so they went with that coincidence, naming the community Saint Marys.

In 1844, Mathias Benzinger of Baltimore reached an agreement with the United States Land Company, and bought over thirty-five thousand acres to establish a coal mining company. He paid seventy-five cents per acre. This is the land that became Benzinger Township, a sort of simple rectangular area in present-day Elk Country.

At one point, while traveling to settle in Benzinger, a man named Girard became lost with his young son. Having enough rations for a week, they were unconcerned at first, so they built a fire and stayed the night. The next morning, they set out and hiked all day, finally coming to an area where a fire was smoldering.

Girard decided that they must be near some settlement, as someone had built a fire, and they settled in to camp that night. It was then that his son realized that it was the remains of their own fire, on the site they’d camped the previous night. (They found their way to Saint Marys the next day.) So if you go hiking in Elk Country, take a map and compass, and make sure you always put out your fire.

Elk County has the Elk Scenic Drive, Straub Brewery, and some really nice camping and hiking areas. It also has a fascinating history, including a township that no longer exists. 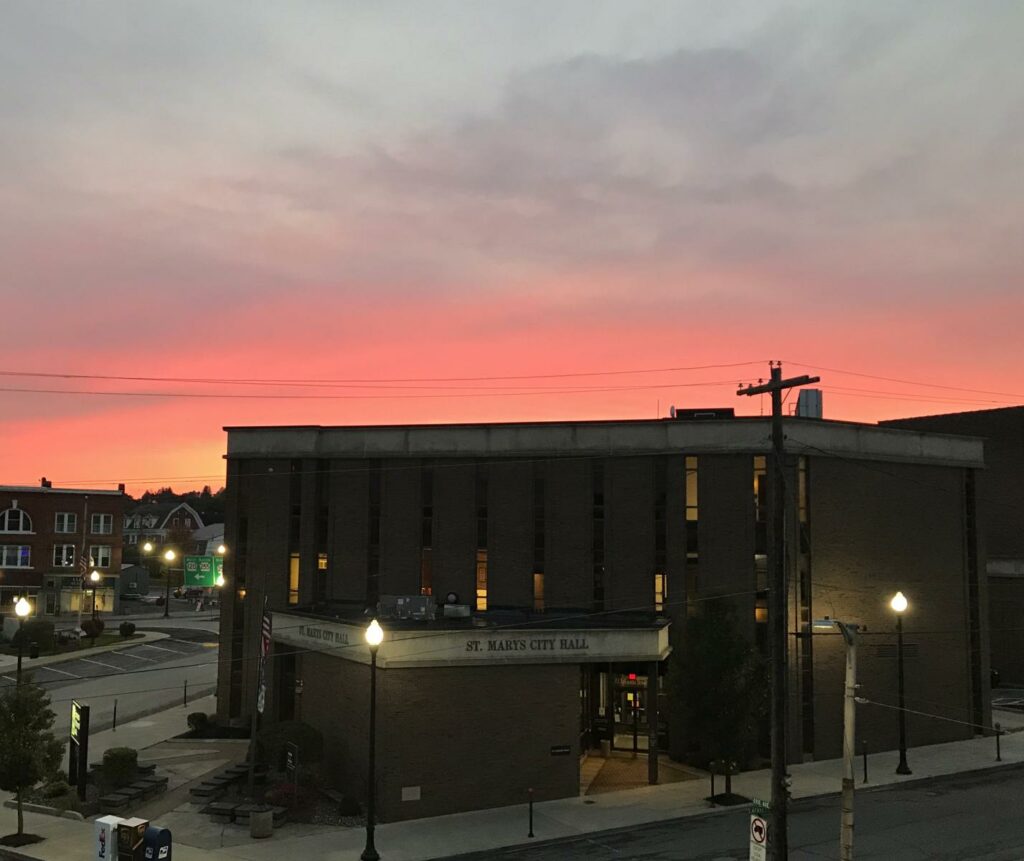