My Best Moments with the PA Wilds

When LaKeshia Knarr called me up two years ago to ask if I’d like to help write content for the Pennsylvania Wilds blog, I accepted immediately. I’d been heavily involved in writing and promoting tourism for years, and I’d been looking for ways to branch out. I didn’t see any downside to this.

“I can come by your work, and we can talk about it,” said LaKeshia.

“If that’ll make you feel like you’re doing your job, sure,” I said. “But I’m in. I like this idea; I’m happy to contribute.”

So we met and discussed it, and I remained enthusiastic about it. That was on March 24, 2018 — a little over two years ago now. Which makes this past month my anniversary.

Since then, I’ve had some really good moments writing these pieces for the blog. For the anniversary, I wanted to share some of the best ones with you, because these are fond memories for me, and because I’m absolutely shameless at self-promoting. Here are a few of my best moments, with links and some commentary thrown in. You’re welcome.

This was the first one I ever did for the PA Wilds, and for me, it was memorable. Just as I was considering what I wanted to write first, suddenly all my friends began bombarding me with this story of treasure hunters who’d possibly found lost gold from the Civil War. As mostly a history writer, I don’t get too many of these “stop the presses” moments, and I ran with it.

In the end, it turned out that they didn’t find any gold, though the existence of the treasure has been in some dispute. After more research, I’m beginning to come to the conclusion that this is just a rumor, and that there was never any gold to find. It did make a good story for me to begin with for the PA Wilds though.

TRAVELING THE I-80 FRONTIER

This was a fun one. My family had an out-of-state trip planned, and I am just mercenary enough to see the potential in an article about making stops on the way. LaKeshia liked the idea, and my family pulled over at several fascinating little stops along the I-80 Frontier and made visits.

We all agreed that it added a lot to the trip, and it also made the long drive more bearable. The biggest hit was Doolittle Station in Clearfield County, with its dinosaur sculptures and photo opportunities with Bigfoot. We also had a great time at Scripture Rocks, and we all agreed that any of our stops would have been worth it all on their own. (Our stop at the Clarion Courthouse also inspired my later column on the ghost of Vincent Voychek. So anytime I can get two articles out of the same family trip, it’s a win.) 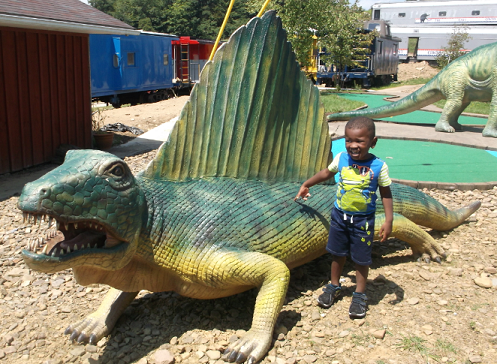 This one may be one of the most popular pieces I’ve ever written. I’ve never known why it took off the way it did, but this got more likes and shares than just about anything else I’d ever done.

I’d been asked to cover an event in North Bend for another publication. As the I-80 Frontier piece above demonstrates, I’ve never been exactly opposed to double-dipping, so I slipped out and took a few extra photos while I was there. This set me up nicely to write about the Swamp Angel, an old ghost legend from that area.

Man, was that ever a good choice. This one became the most-read article on the blog for 2018, and a lot of people contacted me to ask about the Swamp Angel legend. To this day, if you Google “North Bend, PA” my photo is the one that comes up first. 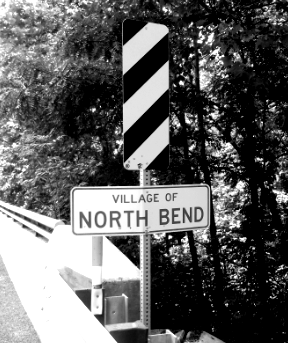 RUINS OF THE PA WILDS

I’ve always enjoyed exploring old ruins. If there’s a place that’s been abandoned for years, I want in. It seemed like a good idea to collect many of the best ones into one article and feature them, and this one wound up becoming one of the most read pieces of 2019. (Not that I’m competitive.)

Out of all the ruins I featured in this article, I think my favorite would have to be Nelsonville. (Please note that this is not a complete list of ruins, just some of the ones I think are coolest.) It’s got a cemetery and a fascinating history to it.

One more side note: When this one was published and shared, I got a couple of complaints from people who live outside the Pennsylvania Wilds, commenting that I hadn’t written about their ruins. Hey, I’m available! Send me an e-mail. You have ruins I can explore? I’m in. 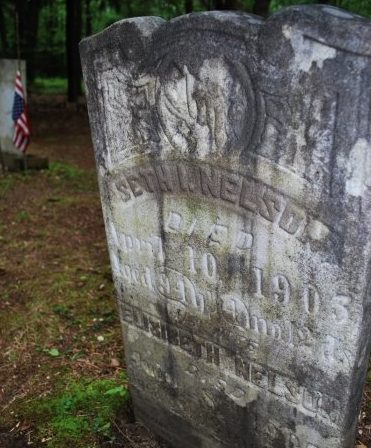 Encouraged by the success of the I-80 Frontier article, I used the way back from a trip to Erie as an article about Scenic Route 6. One of the things I hadn’t considered was that it was February, and a lot of the places where I’d wanted to stop weren’t easily reachable due to the snow. We basically breezed through Warren and had to skip Cherry Springs State Park entirely, to my disappointment. (It’s still a goal of mine to get out there sometime soon and write about it.)

What made it all worth it, though, was Kinzua Bridge State Park. My son, 4 at the time, loved the remains of the bridge, and couldn’t get enough of the visitor’s center. I have to respect McKean County; they took the remains of an old damaged bridge and made an educational and fun thing out of it. That stop made the whole trip worth it, and Paul would love to go back and visit again sometime.

I’ve had a lot of good moments with the Pennsylvania Wilds, but those are some of my favorites. And, for my anniversary, I’d like to thank everyone for reading. Here’s to more years!

Rushing to the Front Lines