More than a decade ago I noticed, quite curiously, what appeared to be moths flying around during the rifle and winter flintlock deer seasons.  These observations were antithetical to what I thought I knew about insect activity, offering yet another layer to the mystique of our forests.

I later learned this hardy creature is a species of dagger moth, whose common name implies a close association to a forest favorite of mine—the witch hazel.  Witch hazel leaves are the preferred food of the witch hazel dagger moth caterpillar.

The witch hazel dagger moth (Actronicta hamamelis) is a rare breed indeed, serving as pollinator to the equally unique witch hazel, which oddly blooms in late fall and early winter.

Just how a moth could handle cold and sub-freezing temperatures was baffling.  Research reveals the remarkable fact that they, like humans, shiver! Before the witch hazel dagger moth takes flight, it rapidly quivers, ultimately raising its body temperature by as many as 50 degrees Fahrenheit.  As it flies, it cools, necessitating a shivering session anew. Shivering and flying sessions alternate as appropriate for temperature conditions. 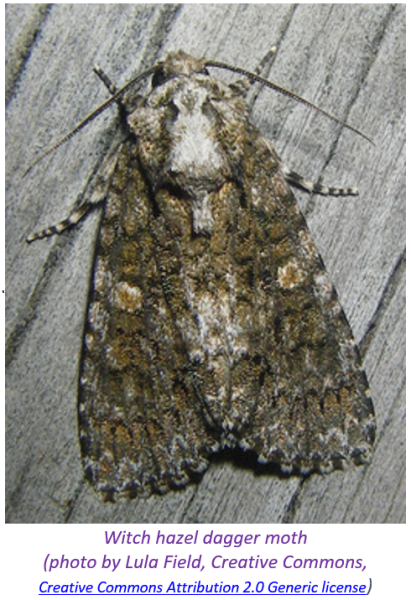 Although the witch hazel dagger moth appears to feed on the nectar of witch hazel flowers, its main food source (in the moth stage) is reported to be tree sap. Given the borderline freezing temperatures of late fall and early winter throughout its range, this is the time of year when ice build-up on branches occurs frequently, causing sap-dripping wounds from branches torn away. Their synchronous emergence from cocoons during this period seems to make ecological sense.

Despite the obvious senescence of the temperate forest in fall and early winter, there’s still plenty of life and color in Penn’s Woods if you look closely. The next time you’re out for a hunt or hike and you spot witch hazels in bloom, keep an eye out for the moths of winter! 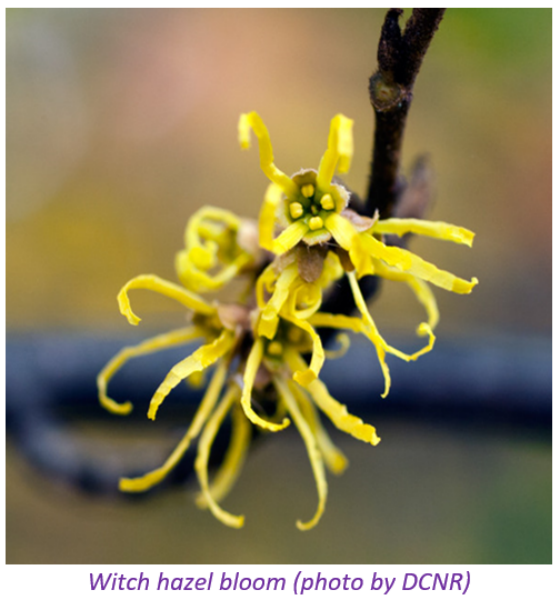 About the Author: Ryan Reed is an Environmental Education Specialist in the Department of Conservation and Natural Resources, Bureau of Forestry.  He possesses degrees in Wildlife and Fisheries Science and Wildlife Technology, while currently pursuing a master’s degree in Environmental Pollution Control.  He has also worked for the Pennsylvania Game Commission, and taught high school sciences for 11 years. He is especially interested in biodiversity and ecology.  A lifelong hunting and fishing enthusiast, Ryan resides in Harrisburg, PA. This article was originally published in the Bureau of Forestry’s Forest Fridays e-newsletter. 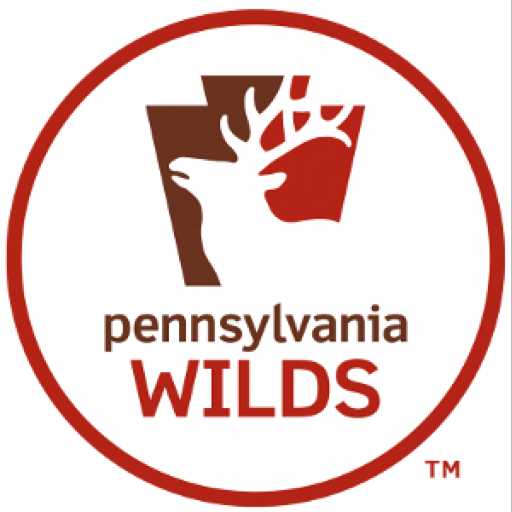