To heighten public awareness of the commonwealth’s many exceptional trails, the Pennsylvania Trails Advisory Committee designates an annual ‘Trail of the Year’ aimed at building excitement, enthusiasm and support for our trails, small and large.

This year, the Mid State Trail (MST), Pennsylvania’s longest, most remote and wildest footpath has been named ‘Pennsylvania’s 2019 Trail of the Year’. The MST, celebrating its 50th anniversary this year, was the first trail in the United States to use metric measure (kilometers) and is still one of the few to do so today. 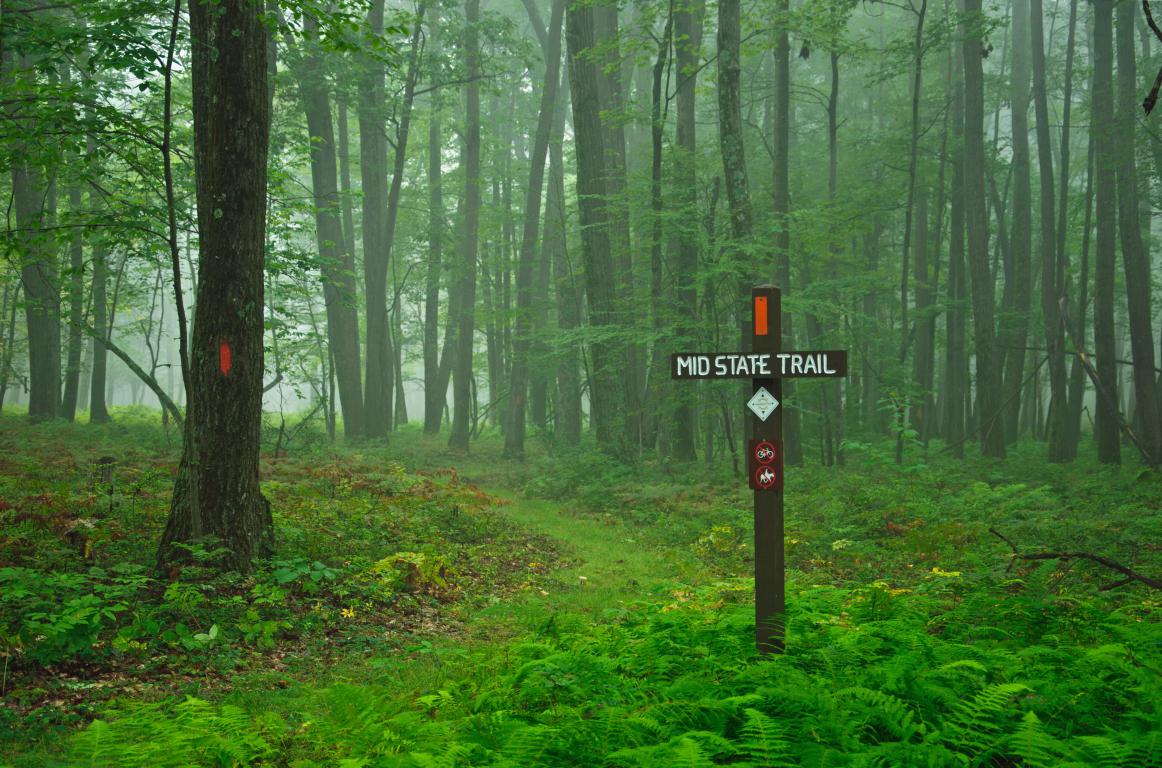 (Photos above taken by Shawn Grenninger and provided by the PA Department of Conservation and Natural Resources.)

The 527 km, 327-mile-long trail bisects the state, cutting through the Dark Skies, Pine Creek Valley & PA Grand Canyon, and I-80 Frontier landscapes of the Pennsylvania Wilds, across Tioga, Clinton, Lycoming and Centre counties. The trail continues south all the way to the Maryland border.

The vastness of the MST necessitates that it be divided among four management regions, from north to south, Tioga, Woolrich, State College and Everett.

The MST in the PA Wilds begins at the New York border in the Tioga (County) Region, traveling through Cowanesque Lake, Tioga-Hammond Lakes, Hills Creek State Parks, then crossing PA Route 6 midway between Wellsboro and Mansfield. The trail then continues southwest through Antrim, Morris and Blackwell before leaving Tioga County and entering northwest Lycoming County.

Stretching south in the PA Wilds, the MST in the Woolrich Region continues through Lycoming and Clinton counties, passing through Little Pine and Ravensburg State Parks.

As the trail exits the PA Wilds, trail users enter R.B. Winter State Park. The State College Region is next on the trail, and the Everett Region takes the MST into Maryland.

The MST got its start in 1969 by the Penn State Outing Club and Hiking Club faculty adviser Dr. Thomas Thwaites, an avid outdoorsman and Penn State physics professor. Known as “the father of the Mid State Trail,” Thwaites’ passion for the outdoors and the trail he helped create is best reflected in one of his writings:

“Today’s urban society disconnects us from nature. All too easily we cling to the false hope that we have mastered nature, rather than standing in respect and stewardship of all things within nature, around us,” wrote Dr. Thwaites. “Restoring our place within nature, requires of us that we get back to nature. Foot travel over a remote primitive trail brings an exhilaration, an aliveness that cleanses us of our worldly woes and restores our spirit. The Mid State Trail was created to foster these simple, natural, spiritual experiences, so that we may all enjoy a greater respect for nature and therefore protect nature for all future generations.” 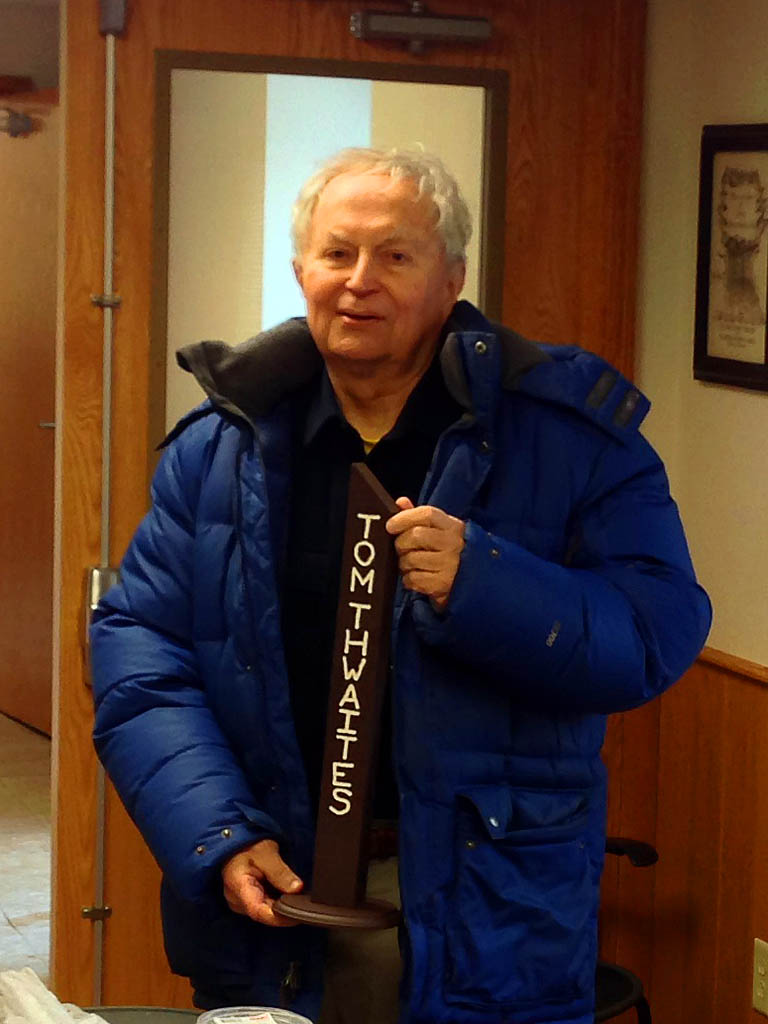 Dr. Thwaites passed away on Christmas Day, 2014 at the age of 83. A monument to his dedication and hard work is stationed along the trail where the first trailblaze was struck.

In 1982, the Mid State Trail Association was formed to guide the Mid State Trail’s growth and protect its future. The association engages many local volunteers who construct and maintain the footpaths through some of the most beautiful natural landscapes in the nation. 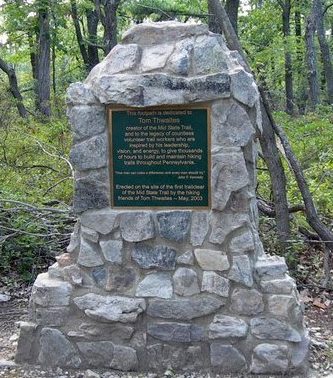 “Showcasing some of our state’s most scenic areas and offering hikers everything from gentle rail-trail travel to rigorous rocky climbs, the Mid State Trail captures the essence of Pennsylvania’s abundant trail system,” Department of Conservation and Natural Resources Secretary Cindy Adams Dunn wrote in announcing the Mid State’s Trail of the Year selection. “Known to so many, the Mid State truly is most deserving of this honor.”

With so much territory to cover, Trail Association President Ed Lawrence says it couldn’t be done without the help and efforts of so many hard-working people.

“The Mid State Trail Association is so thankful to all our dedicated volunteers who have, over the past 50 years, built and maintained the Trail,” said Lawrence. “As Pennsylvania’s longest and wildest foot path, and now as the 2019 DCNR Trail of the Year, we celebrate a trail that is at the heart of the hiking experience at its best.”

“With my boots and pack, I’ll wander through the Huckleberries blue,

‘til I rest my soul on Big Flat with a bear to share the view.

Let me go to hiker’s heaven at the ending of my tale.

It will look like Pennsylvania, and I’ll hike the Mid State Trail.”

Ending at the Beginning – Loop Trails