Almost four years ago, on a trip out west, my family made a stop at Doolittle Station. Doolittle Station is on the western edge of Clearfield County in the I-80 Frontier. We had a good time looking around, but we hadn’t stopped long enough to try the food. I’ve always regretted that a little; on my deathbed I will regret the food I didn’t get to try.

So when my wife Michelle suggested we drive an hour and a half from home to have lunch at Doolittle Station, I didn’t require all that much persuading. 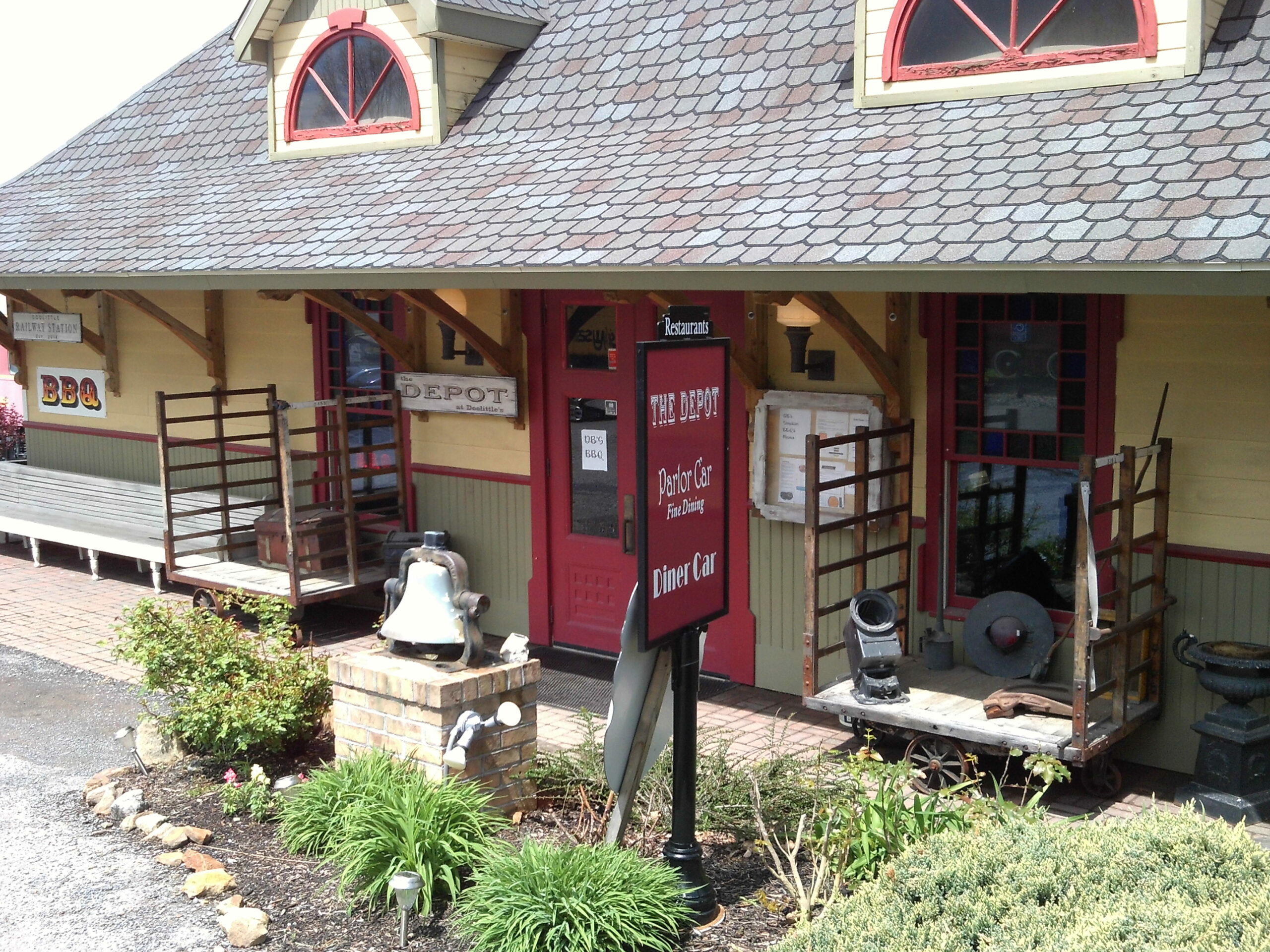 We jumped into the car on a Saturday morning, and drove out along I-80. To get there from our place, you have to pass along the highest point on I-80 west of the Mississippi, which is worthy of noticing if you’re in a long, boring car ride. There’s a sign up. We arrived at Doolittle Station around the time I was trying to remember if I’d thought to lock the back door before leaving.

There are a variety of sculptures, mostly prehistoric, placed all around the lot. We parked in full view of a Tyrannosaurus Rex, standing next to Bigfoot. Since the last time we’d been there, the T-Rex had laid a couple of eggs, and Bigfoot seemed to have found some ice cream. One of the eggs had a baby T-Rex trying to break free. 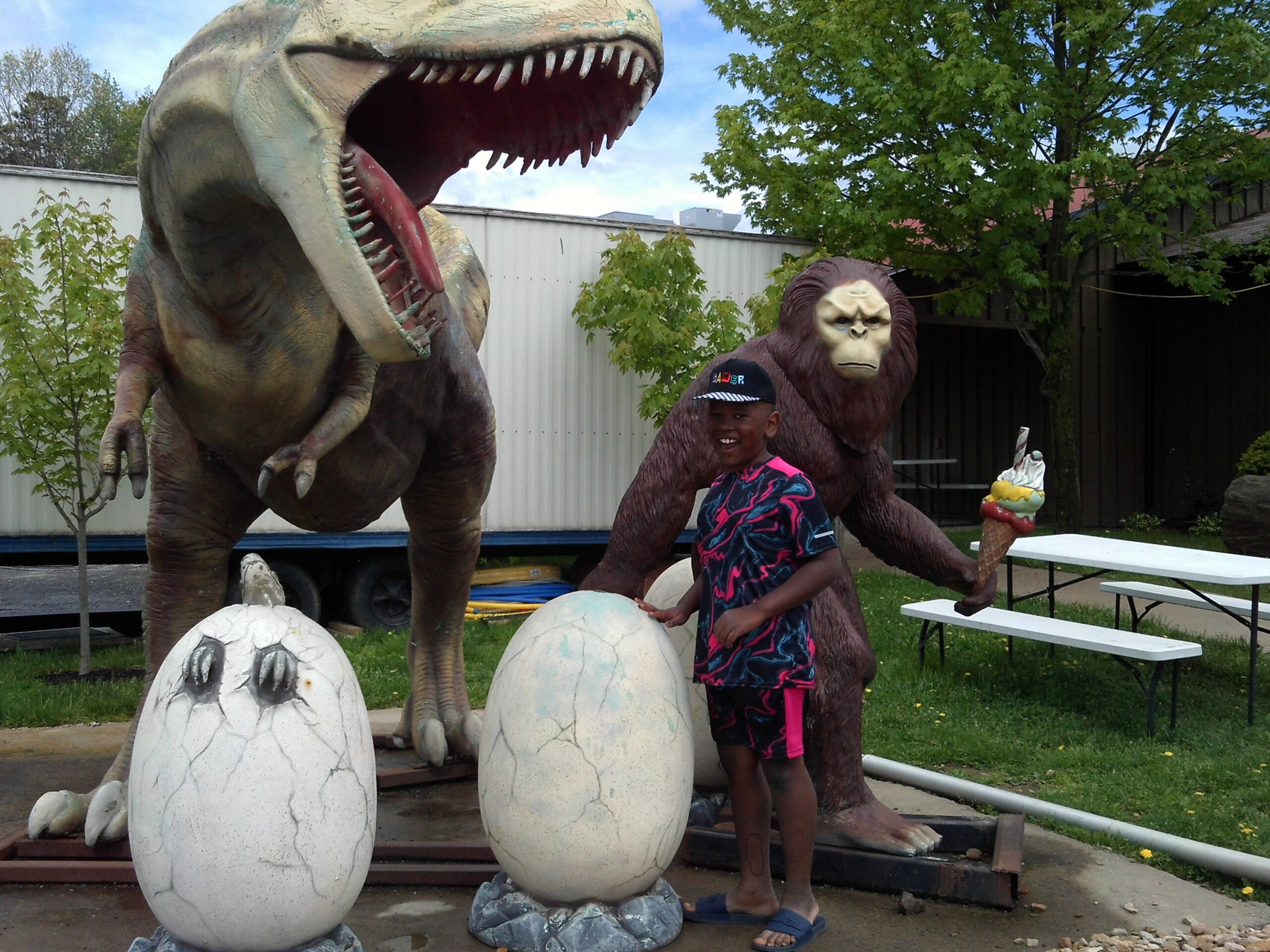 Paul loves animals, extinct or not. He was absolutely captivated by the next part. We walked up and around the back area, looking at the dinosaurs, and we found a little frog pond. The pond is covered with lily pads and contains at least five bullfrogs, which are visible. And audible. These things can make some loud noise relative to their size. We saw a couple of them floating in the water and staring at us. Paul didn’t want to leave the frog pond. 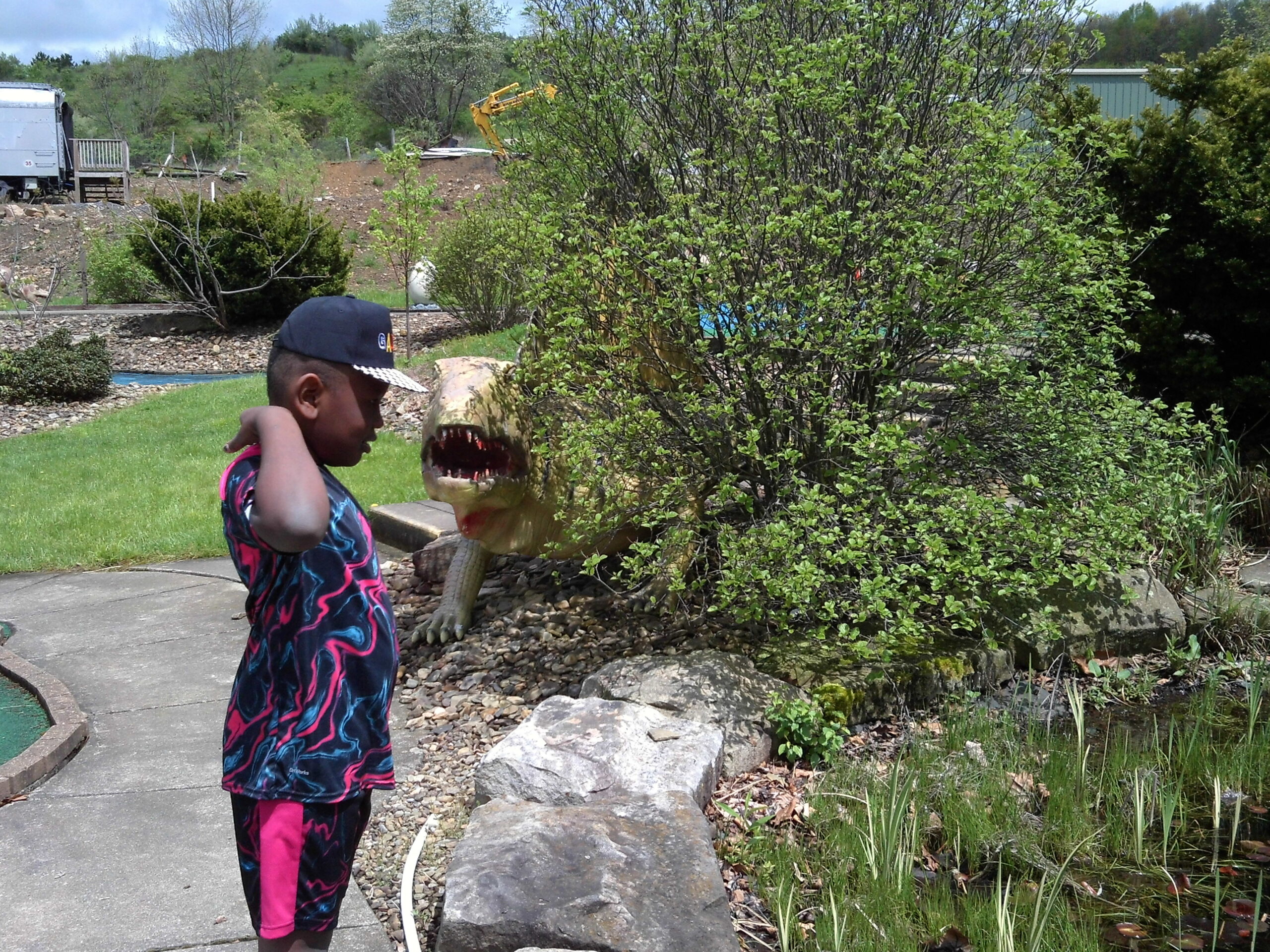 After we’d frog-watched for a while – which is more entertaining than you’d expect it to be – we went inside to eat. We went into the diner, where we were escorted into a 1950s-themed train car to sit down. Our server was a nice woman named Kristen, and our cook was also a nice woman named Kristen, because Kristen was the only employee who’d been able to show up for work that day.

Personally, I feel that we should take Kristen and put her in charge of something very important, like the government. She seems to be the most competent person alive. Though she was the only employee available, acting as waitress, cook, and cleaner, I didn’t notice any issues with her service. The wait time for our food was no longer than I’d expect, and if she hadn’t told us that she was working alone, I genuinely wouldn’t have realized it.

While we waited, Paul took the offered crayons and colored a couple of pictures. He loves to color, and the restaurant will tape children’s pictures to the wall for display. He was delighted with that, and took his job as an artist very seriously, coloring two of them. Kristen gave him a free cookie for the coloring job, which may make this Paul’s first commissioned art job. 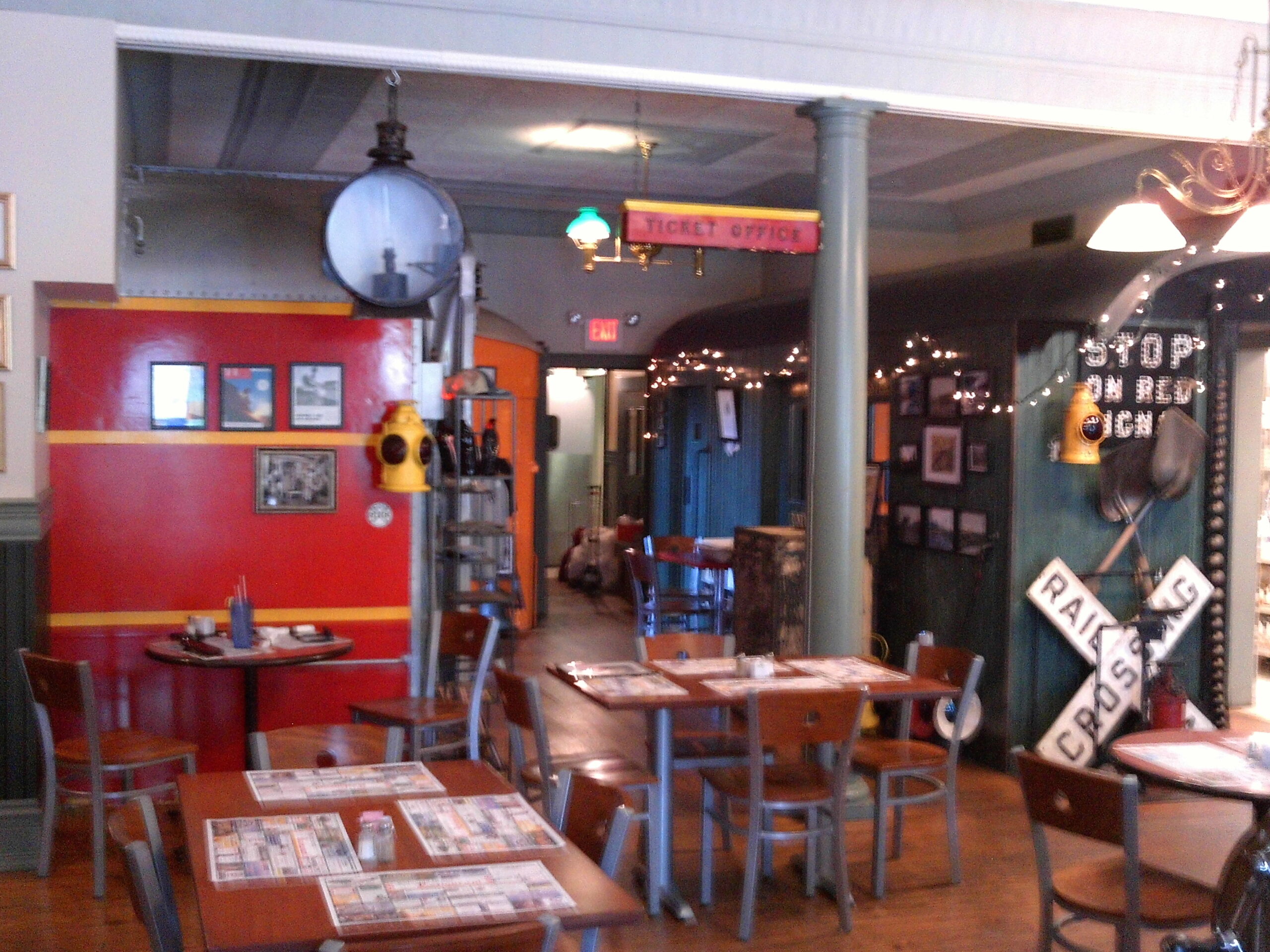 And the food was great, by the way. I had a spicy sausage sandwich, and Paul had a hot dog and fries. He enjoyed the fries so much that he requested a second serving. And afterward, we taped Paul’s pictures to the wall, walked around a little more, and then got back in the car. We didn’t even see everything there; Doolittle Station has an amazing amount of cool stuff crammed into one area.

Doolittle Station is just off Route 219, south of I-80 near Dubois. If you go, make sure you stop and check out my son’s artwork. Also, make sure you tip Kristen. She definitely deserves it.