I have to be honest here….I’m not a sports guy. I’ve never been interested in sports. It doesn’t matter who won the 1965 Super Bowl; I can make a persuasive case that it didn’t matter in 1965. On the high school volleyball team, I was “Most Likely To Pull Out A Paperback Because I Was Bored”.

But I have to admit, I do feel a certain community pride when it comes to Little League Baseball. Little League was invented in my area—the I-80 Frontier of the Pennsylvania Wilds.

Little League was invented in Williamsport, Pennsylvania in 1938, according to information from the Little League Museum. Previous to that, there were a few leagues for children that were affiliated with adult games, though not well-attended, and children were mostly resigned to playing informal games in their neighborhoods. Carl Stotz of Williamsport came up with the idea of an organized baseball league specifically for children.

He began with his nephews, Jimmy and Major Gehron, with whom he had played baseball frequently. Then he brought in a few of the other neighborhood kids, and began to experiment with different equipment and field dimensions, though no games were actually played the first summer.

By 1939, Stotz and his wife Grayce had brought in some other couples to help: George and Annabelle Bebble, Bert and Eloise Bebble, and John and Peggy Lindemuth. Together, they formed the first Board of Directors of Little League Baseball. The name “Little League” came from suggestions from Stotz’s friends in the community.

The program grew.  A second league was formed in 1940, and by 1946 there were twelve leagues in Pennsylvania. In 1947, Hammonton, New Jersey became the first community to hold Little League outside of Pennsylvania.

Today, Williamsport takes pride in being the birthplace of Little League. The World of Little League Museum, located on U.S.-15 in South Williamsport, was created in 1982. Though currently closed due to the pandemic, the museum has tentative plans to reopen in the fall and is a popular tourist attraction for visitors to Lycoming County. 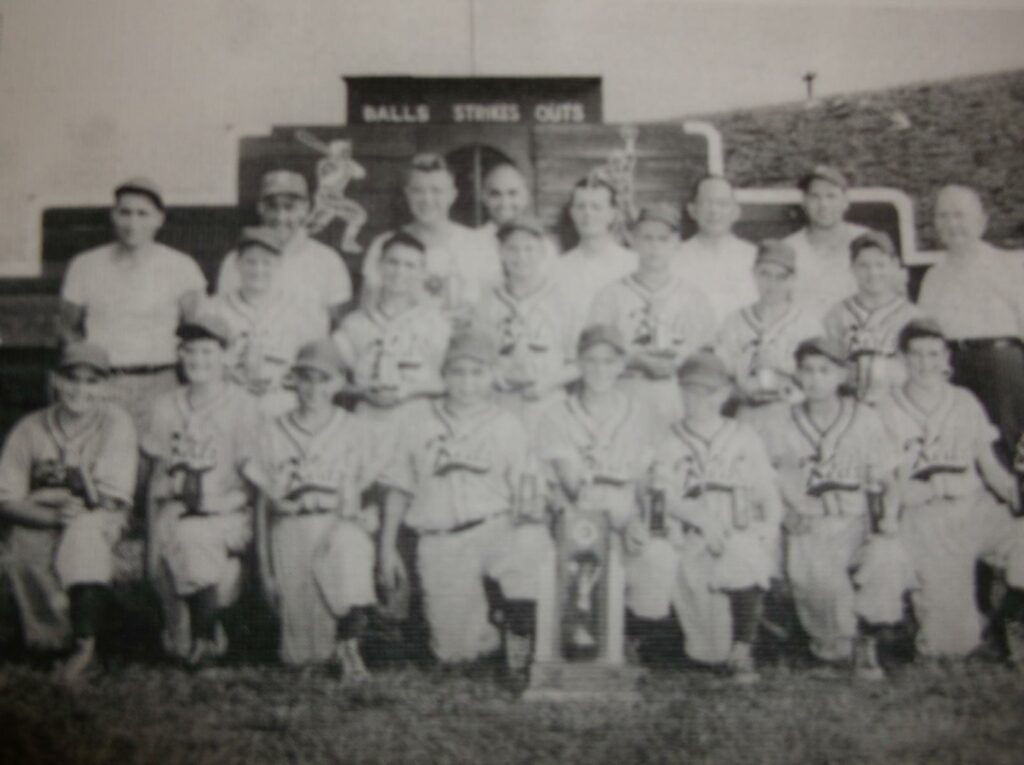 Today, Williamsport takes pride in being the birthplace of Little League. The World of Little League Museum, located on U.S.-15 in South Williamsport, was created in 1982. Though currently closed due to the pandemic, the museum has tentative plans to reopen in the fall and is a popular tourist attraction for visitors to Lycoming County.

If you should visit Williamsport, and have an interest in Little League, another good stop is Market Square. On the corners stand ten statues of Little League players, each representing a notable moment in Little League history. Created by Matt Glenn of Provo, Utah, the statues stand on each corner, playing a silent, enduring game of baseball as cars and pedestrians pass among them.

My son has just turned seven and discovered sports, so it’s possible he’ll be playing Little League at some point. I’ll be sitting at Little League games and cheering for him to score a….goal, I guess? Like I said, I’m not a sports guy.

Unique Tours in the PA Wilds