I’ve heard that few memories are as indelible as those originating from the sense of smell—folks report the ability to recall the exact time, place, what they were wearing, etcetera, from smelling a simple fragrance.

A memory from my youth is similarly vivid, yet originating not from smell but rather, sound.  Ch-ch.  Ch-ch-ch. Ch-ch.  Ch-ch-ch.  And over and over again.  The noise begins just after dark and hails like a chorus from the treetops, and if you listen long enough, fades into the ambiance of the nighttime experience in Penn’s Woods.

The sound seems an integral part of sitting by the campfire in the stillness of the summer night.  At times it is the only thing you hear or canhear.  Lying in my family’s little pop-up, this was the camping lullaby of my early years.  The sound was at first a bit eerie but became strangely comforting as time passed.

I remember asking my dad what was making the sound, and he always said, “katydids.”  It would be several years before I even laid eyes on one, and it was very surprising to see this relatively small organism was responsible for such a big sound.

Dad was right; they were katydids.  A little research reveals they are called common true katydids (Pterophylla camellifolia), comprised of several subspecies occupying territories across the U.S.  It’s interesting to note that subspecies can be identified by differences in their nighttime vocalizations.  It is also fascinating that the noise they make to attract a mate comes from rubbing together their set of forewings. 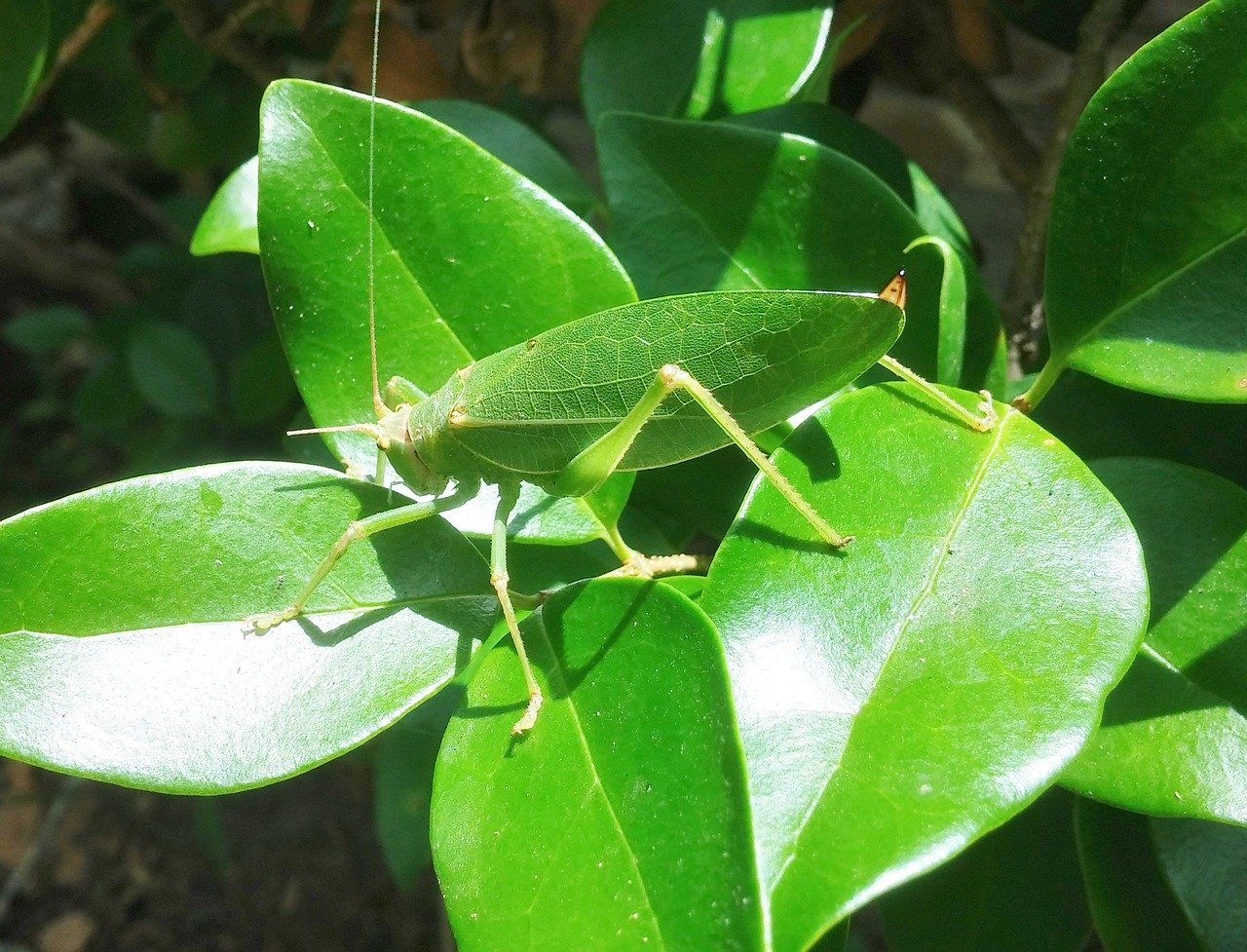 In addition to their aural novelty, the katydid is an evolutionary case study in mimicry.  One must look closely just to spy a katydid on a leaf.  They mimic what they eat (leaves) and serve as prey for a variety of forest dwellers, mostly birds.

For some, the sounds of katydids may seem trivial, but no matter the passage of time; hearing that sound takes me back to camping as a kid and memories I will cherish as long as I’m alive.  An unforgettable sound of summer, the katydid chorus sings of the immeasurable ways in which our forests enrich our lives, and if you listen closely; I think you’ll hear it too.

Ryan Reed is an Environmental Education Specialist in the Department of Conservation and Natural Resources, Bureau of Forestry.  He possesses degrees in Wildlife and Fisheries Science and Wildlife Technology, while currently pursuing a master’s degree in Environmental Pollution Control.  He has also worked for the Pennsylvania Game Commission, and taught high school sciences for 11 years.  He is especially interested in biodiversity and ecology.  A lifelong hunting and fishing enthusiast, Ryan resides in Harrisburg, PA. This article was original written for the Bureau of Forestry’s Forest Fridays e-newsletter.