Every year, people come to visit the Pennsylvania Wilds. Thousands of people travel from out of state to visit the various landscapes and come see all that this area of Pennsylvania has to offer. And in 1909, the Jersey Devil did it, too.

Some of you may have heard of the Jersey Devil. In a way, it’s sort of the official state monster of New Jersey. According to legend, this creature was born in the New Jersey Pine Barrens about three hundred years ago, to a woman named Mother Leeds. Giving birth to her thirteenth child, Mother Leeds spoke up and involuntarily placed a curse on the child, leading it to become the Jersey Devil: A kangaroo-like creature with bat wings and hooves.

The Jersey Devil is still seen in remote areas of New Jersey to this day. Occasionally there is an upswing in sightings that leads to a panic. In 1909, this happened. The Jersey Devil was seen repeatedly; people actually began calling in sick to work out of fear of a Jersey Devil attack, and the fear spread.

It spread as far as central Pennsylvania, in fact, reaching what is today the I-80 Frontier of the Pennsylvania Wilds.

The Clinton Democrat broke the story on January 28, 1909, when the Jersey Devil was spotted in Williamsport. “THE LEEDS DEVIL: Mysterious Tracks Seen In Snow In Jersey Found In Williamsport” read the headline. Some creature had left footprints in the snow in the backyard of a Fourth Street home, hopping back and forth over a tennis net. Tracks were also found on a golf course north of the city, looking like either pony or canary tracks, depending on exactly where you stopped to check.

(Image of newspaper headline at right provided by the Ross Library.) 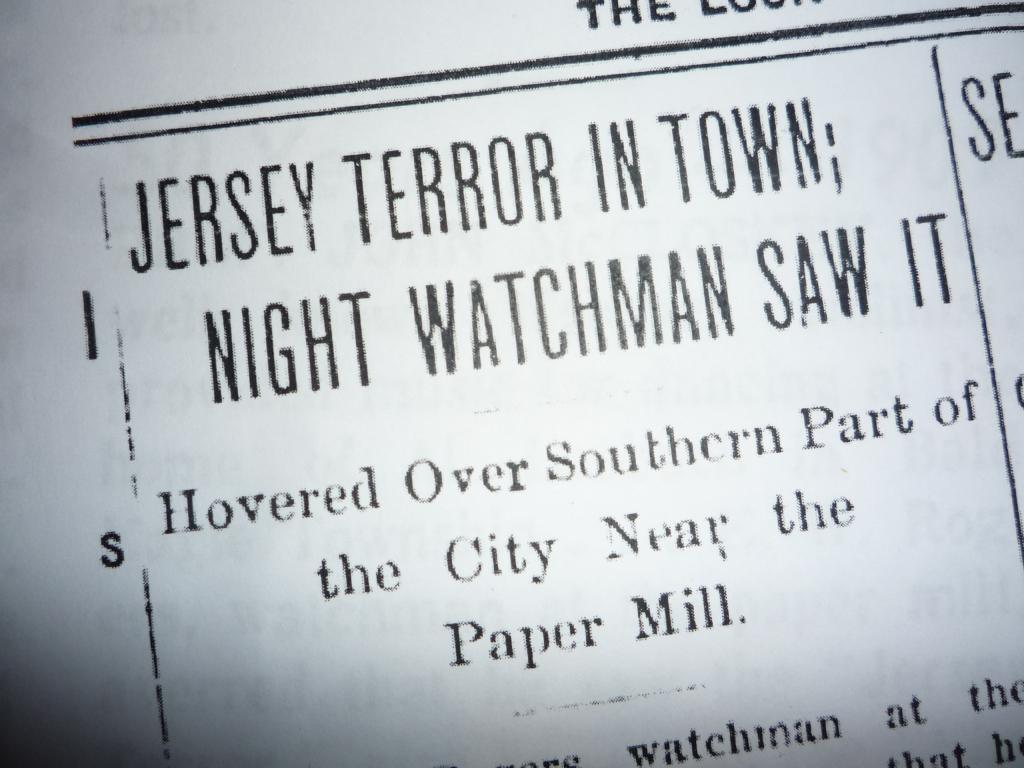 Two days later, the Jersey Devil had moved west, toward Lock Haven. It was spotted at what today would be the conjunction of the I-80 Frontier, Dark Skies, and Pine Creek Valley & PA Grand Canyon Landscapes of the Pennsylvania Wilds. Night watchman E.W. Rogers saw the thing flying overhead just after midnight during his shift at the paper mill.

“He describes it as having a long neck, large head with fiery eyes, has two legs about three feet in length and a forked tail about five feet long,” the newspaper reported. “It appears to be about ten feet long from its head to the tip of its tail and is an unsightly creature that would frighten almost any person.”

A couple of days later, the Jersey Devil had moved downtown. Charles Poorman of 316 N. Grove St. woke up to hear something on his roof. Going outside, he found tracks in the snow up there, resembling hooves. As the sun rose, he propped a ladder up and let his neighbors go and look.

The same night, Henry Stricker was working a shift at the Clinton Fire Brick Works in Mill Hall when he spotted the creature, too. He said it was flying over the main building of the place, “having the appearance of a huge bird, with legs like that of an ostrich, and hooves resembling those of a pony.” 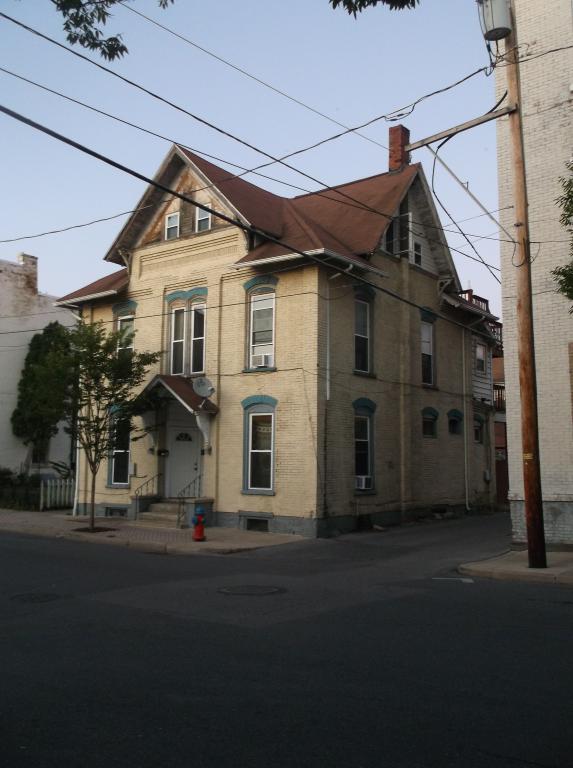 The final sighting was February 10th, when railroad conductor William Callahan saw the Jersey Devil flying again over the paper mill. While leaving the power house at the station, he spotted it flying a “considerable height” above. The description matched, with a long neck, large head, and big wings. The creature flew off to the east, headed evidently back toward New Jersey, where it had come from in the first place.

Nobody ever did figure out what the creature was exactly, or what was spotted back then over the I-80 Frontier. To this day, Jersey Devil sightings still happen in New Jersey, where the creature is commonly thought to reside. But one thing is certain: The Pennsylvania Wilds are such an impressive tourism area, even the Jersey Devil has been known to drop by for a visit.