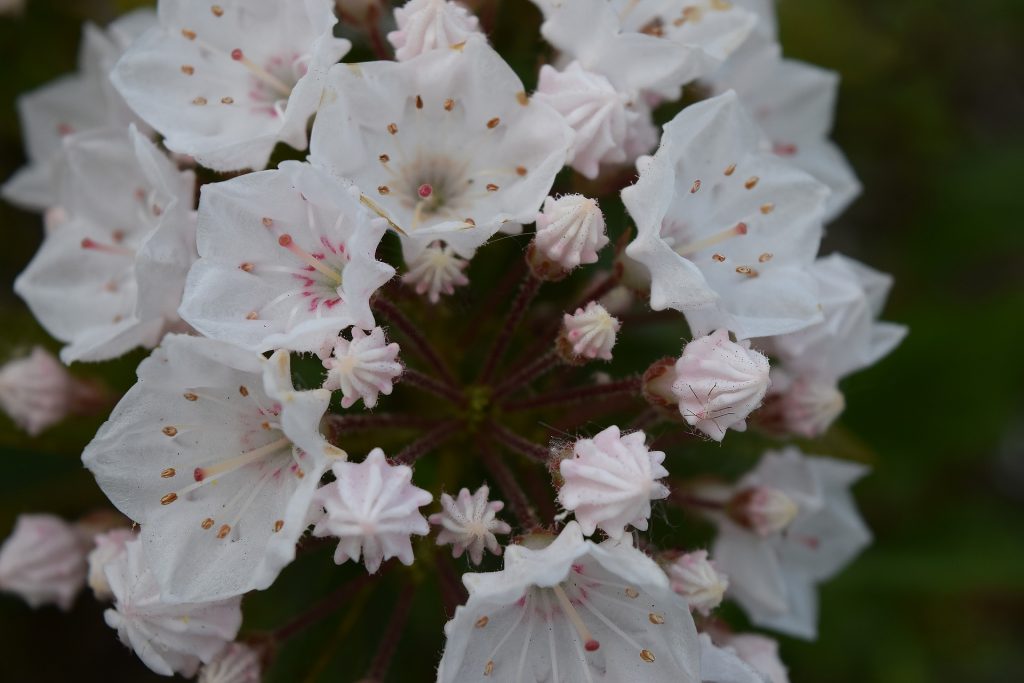 As the colonies grew, intrepid settlers, naturalists, businessmen, and adventurers rushed to explore the New World.  Beyond the chance to settle in America, some were motivated by business opportunities in the horticultural trade, or finding or growing the next big cash crop.  Others were botanists and naturalists eager for new discoveries.

One of the first mentions of mountain laurel (our State Flower) by colonists is in John Smith’s 1624 “General History of Virginia.”  One of the first explorers to describe the species scientifically was Mark Catesby of England in 1743.  Among the description of what he called ground laurel (Chamaedaphne foliis) was the following, “As all plants have their peculiar beauties, ’tis difficult to assign to any one an elegance excelling all others, yet considering the curious structure of the flower, and beautiful appearance of this whole plant; I know of no shrub that has a better claim to it.”

Unfortunately for Mark Catesby, in 1748 a Finnish botanical explorer named Pehr Kalm also scientifically described mountain laurel.  Kalm had been a former student of Carl Linnaeus, the Father of Scientific Taxonomy, and may have had an advantage when it came to the selection of the scientific name.  Thus, to the genus containing our state flower, the epithet Kalmia was assigned.   The latifolia species name is due to differences in foliage between mountain laurel and sheep laurel (Kalmia angustifolia).  In Latin, latifolia means “wide leaves” referencing the fact that mountain laurel has wider leaves than sheep laurel.

Pehr Kalm first referred to mountain laurel as “spoon tree” in his account of his journeys through the colonies, explaining Native Americans and Swedish settlers used the wood for spoons, pipes, and trowels.   Kalm also referred to the plant as “lambkill,” after a number of livestock, which were brought for food during many expeditions, browsed mountain laurel leaves and died of poisoning.   Other common names include “ivy bush,” “mountain ivy,” and “calico bush.”

But why did we settle on the common name, mountain laurel?  The ‘laurel’ part is likely a reference to bay laurel (Laurus nobilis), since the foliage is similar.  Bay laurel produces bay leaves used in cooking and was a well-known plant to most botanically-educated Europeans.  The ‘mountain’ portion of the common name is likely due to the mountainous habitat where it is typically found. 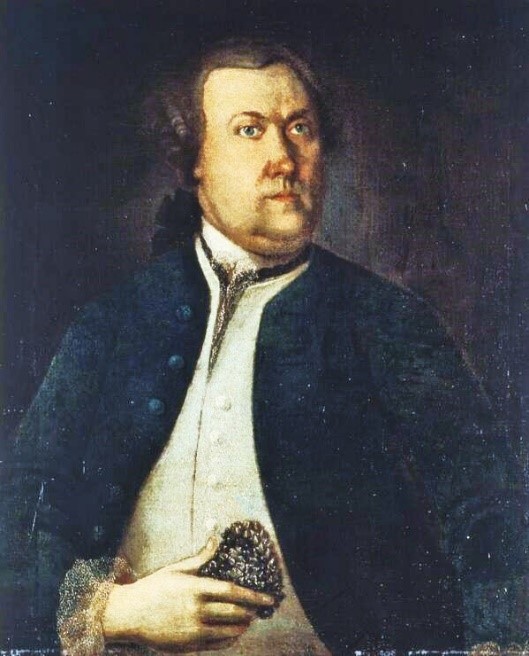 The flowers of mountain laurel will soon be adorning our ridges throughout the state forest system.  Efforts are underway to track the dates when mountain laurel first flowers in your “neck of the woods.” The Bureau of Forestry has partnered with Project Budburst, which maintains this type of data across the country.  The Project Budburst app is quick and easy to track the bloom times of mountain laurel and other species. When you are out in the woods this June, be sure to take time to enjoy these beautiful splashes of color throughout our forests and celebrate our state flower!

Experience the Laurel in the PA Wilds!

Pennsylvania’s state flower can be viewed all throughout the PA Wilds region. There are many ways to enjoy the wild mountain laurel, from itineraries to festivals!

Explore PA Wilds Landscapes and Journeys to find your next adventure! 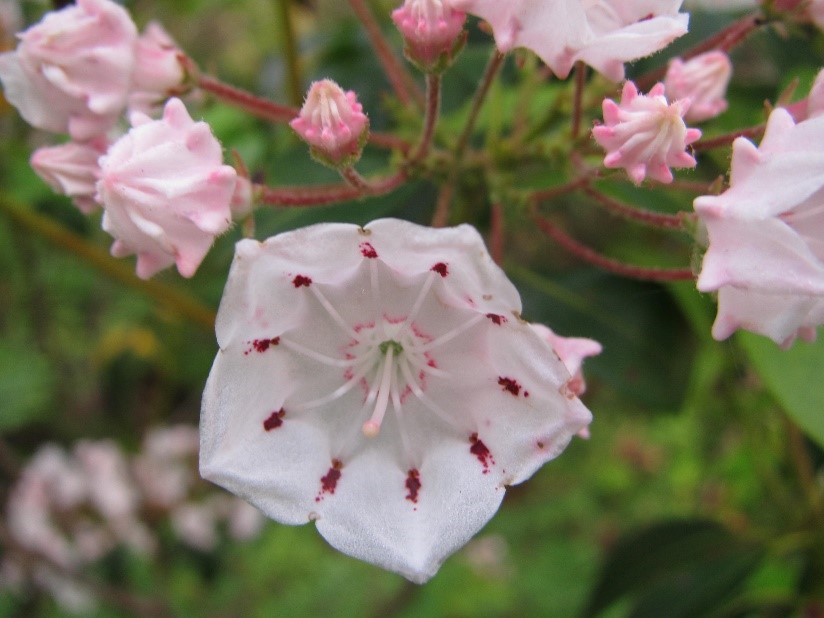 The above article was created and published by DCNR writers as a Forest Friday Segment. To read more articles from DCNR, visit their Good Natured Blog. DCNR is Pennsylvania’s Department of Conservation of Natural Resources and its mission is to conserve and sustain Pennsylvania’s natural resources for present and future generations’ use and enjoyment. Established on July 1, 1995, the Pennsylvania Department of Conservation and Natural Resources (DCNR) is charged with maintaining and protecting 121 state parks, managing 2.2 million acres of state forest land, and providing information on the state’s ecological and geologic resources.