We’ve all seen it in the movies. It’s an iconic scene. The explorer, played by Harrison Ford or maybe Nicholas Cage, finally discovers the lost city. He approaches through the vegetation, finally, dramatically, looking at an area nobody has inhabited for hundreds of years.

We’ve all paid to watch it, plus popcorn. But were you aware that you could actually experience that moment for yourself? Pennsylvania is full of ruins to explore. There are old communities that thrived when an industry was important, and then went out of business when it failed. Foundations, partial buildings, roads, and cemeteries are left behind in the forest.

The Pennsylvania Wilds are full of these, if you know where to look.

In the Allegheny National Forest & Surrounds, McKean County has a selection of abandoned towns, but arguably the most interesting one is Gardeau. Gardeau Road will take you there from Sizerville, and this one even involves a buried treasure.

During the 1800s, a sunken treasure was recovered by a man named Blackbeard (not the one you’re thinking of, a different guy using the same name). He tried to take it to safety across Pennsylvania, traveling up the Susquehanna River. But when his trip fell short of the intended Lake Erie, he buried it in a salt lick in McKean County instead.

Later, Blackbeard hired Colonel Noah Parker to go recover the treasure. Parker claimed to have never found it, instead settling in Gardeau and running a business. Today, Gardeau consists of an old church, several foundations, and Parker’s tomb.

COOK FOREST AND THE ANCIENTS

While not precisely a ruin, the Helen Iron Furnace in Clarion County is close enough, and worth a visit during a trip to the Cook Forest & the Ancients. Located along Route 1005 between Clarion and Cook Forest State Park, the Helen Iron Furnace is a pyramid-like stone structure that was once used to make iron. Built in 1845 by W.S. Packer and Company, it was originally called the “Highland Furnace.” However, the common Scottish accent in the area distorted the words, and eventually, the 32-foot structure became known as the Helen Furnace.

This one almost feels like a cop-out because it’s so popular already, but the best set of ruins in the Dark Skies is at the Austin Dam in Potter County. Along route 872, the dam burst during a flood in 1911, and the chunks of it still sit in what is now a public park. It’s a wonderful trip, and there’s something fascinating about these large pieces of the dam, sitting forever. Metal detecting is allowed, on the condition that anything found is turned over to the local historical society.

This one is sort of a double-header, because there are two ghost towns reasonably close together in Elk Country: Wistar and Nelsonville. Wistar is across the Sinnemahoning Creek from Route 120 in Clinton County, a short hike upstream from Keating. Founded in the mid-1800s as a mining town, it still has the remains of buildings, stone walls, and an inclined plane coming down from the now-closed mine shaft. 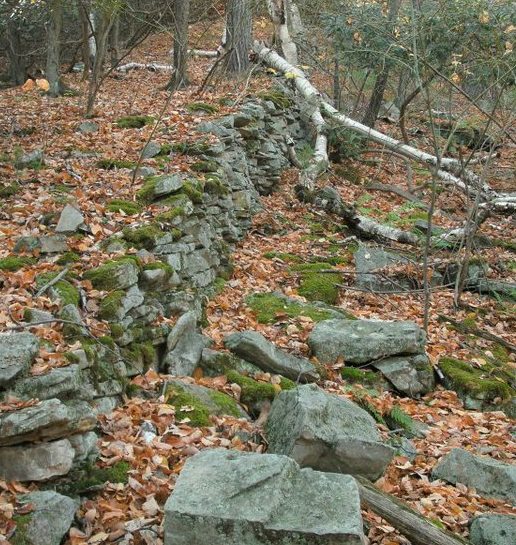 Nelsonville was created in the 1860s by Seth Nelson, a panther hunter and teller of tall tales. Nelson claimed, alternately, to have lost and regained his sight, taken on bears and panthers unarmed, been hit in the head by meteors without damage, and to be immortal. Now, as Seth Nelson has been buried in the Nelsonville Cemetery since 1905, it’s safe to say he’s dead by now. But a determined hiker can drive north from Keating and see the cemetery, plus the remains of a well and an old schoolhouse practically across the street.

(Below: Photos of Seth Nelson, Seth Nelson’s grave and a map of Nelsonville provided by the Ross Library.)

Just north of Interstate 80 in Clearfield County is Peale, a community that existed from roughly 1883 to 1912. Founded by Senator Samuel R. Peale of Lock Haven, it was a coal mining town with about 2,500 people. Founding Peale turned out to not be the best business decision, as the coal seam nearby wasn’t plentiful. Faced with the task of hiking miles into the nearby town of Grassflat to find work, the miners abandoned Peale and moved their families to Grassflat instead. The foundations of Peale can still be seen, however, at the end of Peale Road, near Route 53.

(At right, photo of Samuel R. Peale provided by the Ross Library.) 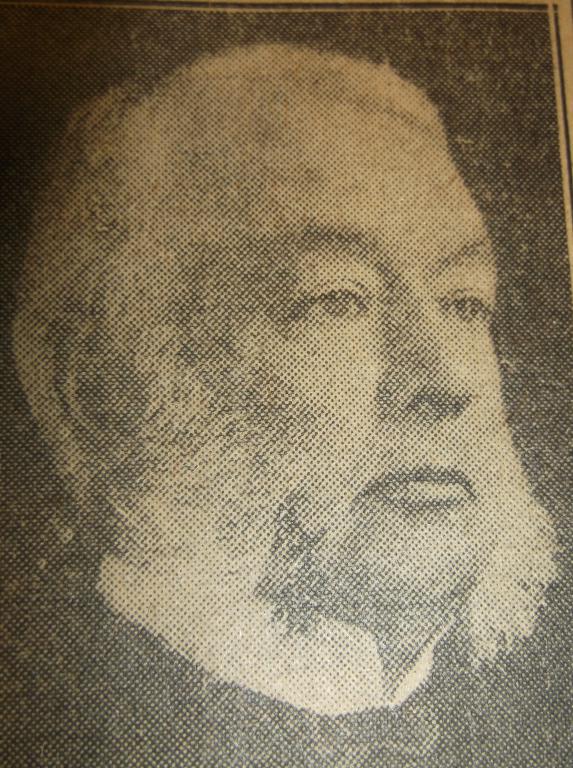 Far up on the mountain east of the town of Ralston in Lycoming County, you can find an area with a badly overgrown cemetery. This is mostly what remains of McEntire, a booming community during the late 1800s. Founded in 1870 as a coal mining town, the community didn’t last long. The end of the coal supply, a diphtheria epidemic, and a fire basically ended McEntire, and today, the remains of the cemetery are all that can be found. Even those involve some bushwhacking around the Pine Creek Valley & PA Grand Canyon to explore.

These places are out there, full of adventure. The Pennsylvania Wilds is filled with them. Lost ruins, lost treasures, lost stories…..Get out there. These things are worth seeing.