There are some excellent legends out there. Haunted stuff. The sort of fascinating ghost story that everyone loves. They are documented all through the Pennsylvania Wilds, and the I-80 Frontier is dotted with them.

We have Henry Wharton Shoemaker to thank for that.

Shoemaker, who resided in the Clinton County community of McElhattan, was a folklorist and writer who loved old legends. He wrote about ghosts, curses, monsters, and all sorts of neat old things. His work was, at the time, considered controversial—He was accused of making it up. Shoemaker himself, however, claimed that he wrote it exactly the way it was told to him in interviews with older people who remembered these stories, and there is plenty of evidence to show that he was telling the truth.

His 1915 book “Tales of the Bald Eagle Mountains” contains several of these amazing legends. One of them takes place in the mountains of McElhattan, along the I-80 Frontier, and if you wanted to visit the site, it would involve a pleasant hike through the woods. And maybe you’d find a haunted cave there.

The story is called “Caves of the Bald Eagles.”

It takes place during the Civil War. A Clinton County man named Mike had been drafted to serve with the Union, but he wasn’t really enthusiastic about the idea. He and several neighbors received notice to report to Williamsport and muster in on a specific date. Mike reported to the railroad station and got on the train, but never made it to Williamsport. He jumped off the train in the McElhattan area, and headed into the woods to hide out until everything died down.

“Down on Aughanbaugh Mountain the evergreen timber grew thicker and blacker than on any other mountain in the chain of the Bald Eagles,” Shoemaker wrote. Mike, aware that nobody was going to chase him very far into the forest, camped out there and stayed for several days.

It was not easy for him. The forests of Clinton County are wonderful to camp in, but these days we have REI to ship us all our equipment. Mike had very little, except for a rifle he was carrying, so he was often hungry and cold. He was afraid to shoot at animals, or even build a fire, as that could lead to his discovery.

One afternoon, he sat down to take a break from hiking. That was pretty much what his days had consisted of — hiking, and stopping for a break. As he sat, he noticed two large, upright rocks that looked interesting. With a branch, he pried one of them aside, discovering a rock tunnel inside. It was enough for him to crawl into, and he entered, thinking it might mean safe shelter.

Inside was a huge cavern, with chairs made of cut stones — a beautiful old place that Mike assumed was made by the Native Americans. He decided to hide out there; it was designed to be safe and unfound. Lying down on the floor, he fell asleep.

He awoke to find himself surrounded by the ghosts of many Native American warriors. The cave, it turned out, was the haunted burial spot for the best and bravest of the local tribes. The ghost of the chief spoke to him, and said,”Get out of this place, you are a vile coward! This cavern never sheltered one of your kind before! Begone, wretched craven!” 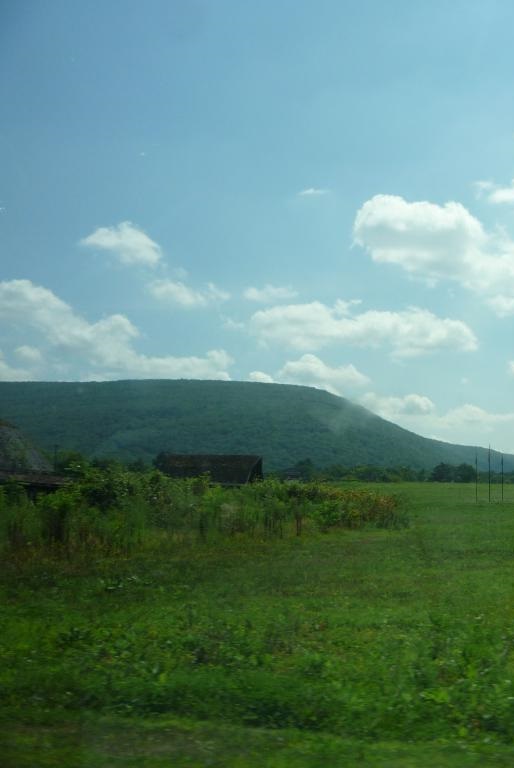 The other ghosts surged forward, propelling the deserter up and out of the cave. He ran, terrified, until he got to the railroad tracks at the bottom of the mountain. When the train came, he climbed on, and promised the conductor that there was a reward for turning him in at Williamsport.

Is the haunted cave real, or just an old legend? Nobody knows for sure. But the way to find out is to explore. Take a hike in the Pennsylvania Wilds, and see. 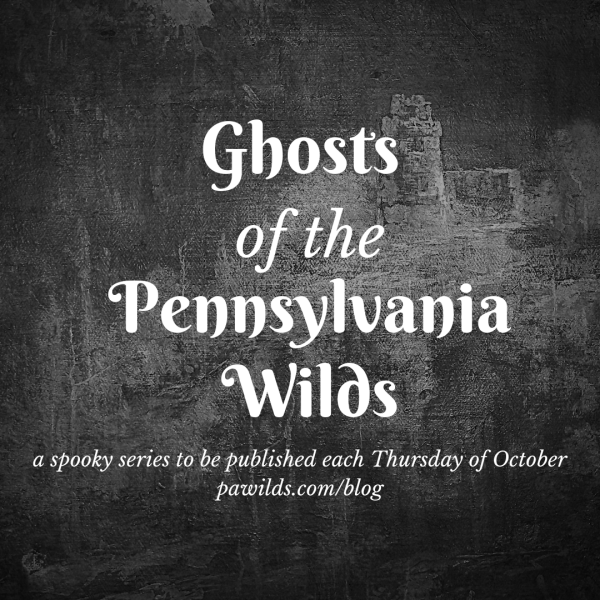