The rural, northern-Pennsylvania Borough of Johnsonburg has long been an early outpost along the edge of a vast national forest and the start of the storied Clarion River. At the turn of the 1900s, this was a boomtown, much of its crafted architecture designed and financed by Philadelphia business people.

Most people aged 50 and older whose roots are here recall how grand this borough can be. In recent decades, though, this place suffered terrible decline.

The impressive stock of historic structures remaining here are treasures. Each is tied to the health of the other, and to the overall health of the borough, as if by invisible roots. When one part is ill, so are the others.

One ailing, historic treasure, the massive Brick Block, came under the stewardship of the Community Trust in winter time, two years ago. The purchase price— $612. 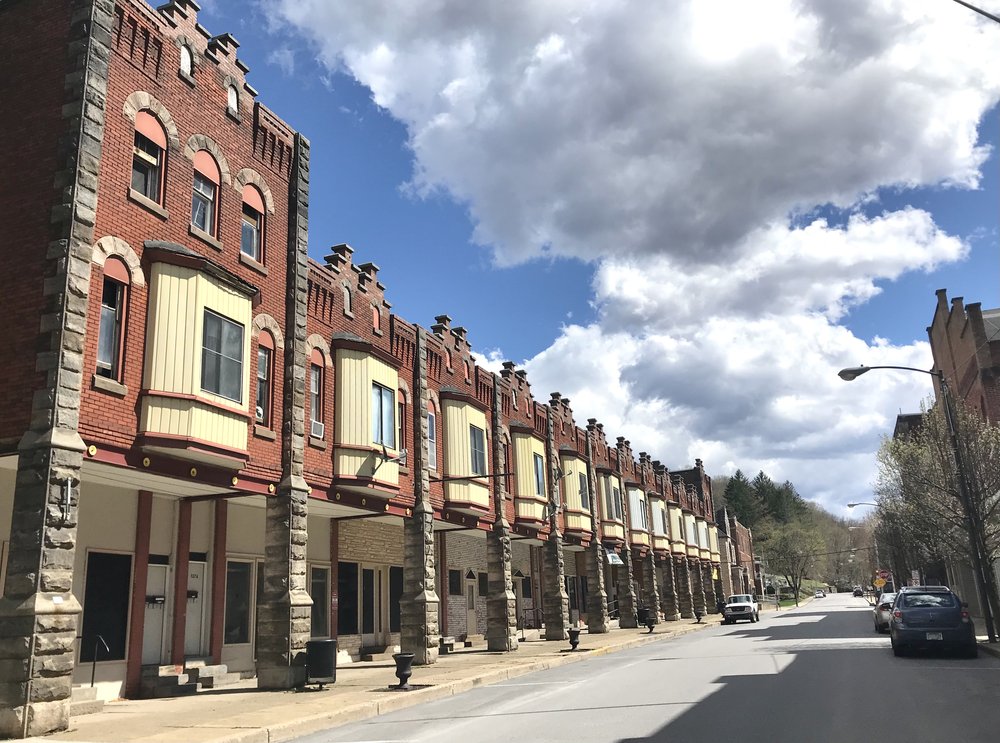 This block-long building is believed to be the first outdoor mall in the U.S.. The Park Service says the rare, at-risk, Italianate-style structure is “of extraordinary significance to the district and the region.” Built in 1890, the keystone Brick Block stands here as one of our oldest structures. It’s built from local brick, trimmed with local, rock-faced sandstone, and features a “lively roofline.” Historically, the 12 shops along the stone arcade were sought after, as were the traditionally “elite” upstairs living quarters.

By the time it came under the Community Trust’s stewardship, this beautifully crafted building was pretty beat up from years of neglect. The structure was recently vacant, after hosting low-income housing for decades. Sadly, some of these tenants hadn’t departed until quite some time after the utilities ceased.

The Brick Block came to the Trust as a triage patient near its death. We began first aid by exterminating, draining pipes, and covering openings against wildlife and the elements. These quick actions stabilized a structure the size of 12 buildings for the current winter.

Understandably, some believed the building wasn’t salvageable, that it was destined next for squatters, devastating fire, and demolition. (In 2020 alone, two more of its storied, historic neighbors suffered devastating fires, a fate common to vacant buildings.)

But, further examination of the 45,000-square-foot Brick Block revealed that, structurally, it remained in remarkably good shape. The roof was excellent and the foundations generally strong. During its 130 years, it had already withstood fires, with only minimal damage. It was built to last, with good bones, including internal and external firewalls three-bricks-thick framing each of its 12 bays. 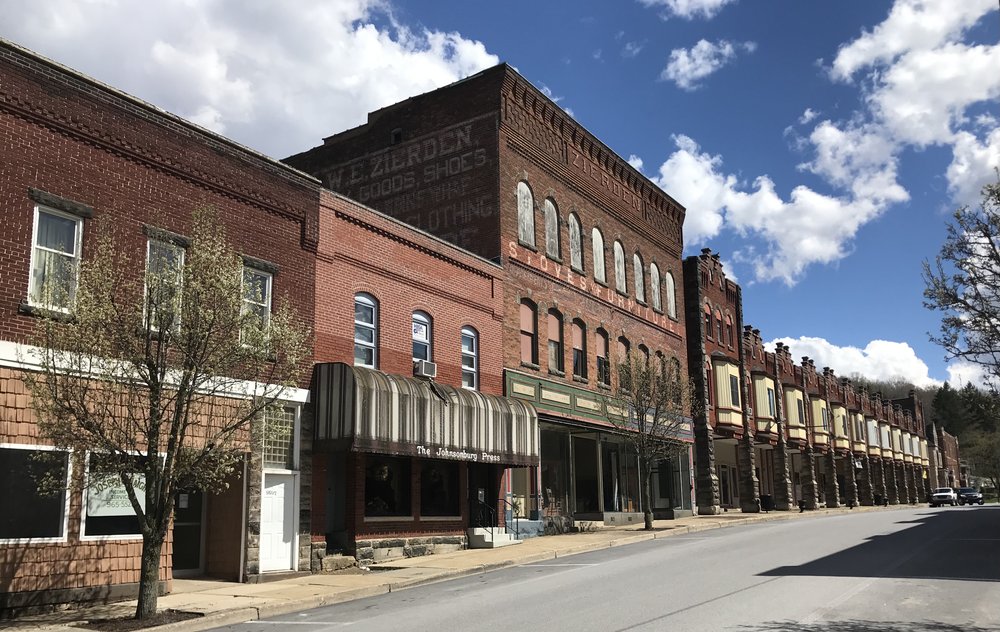 It still remained as a solid, central hearth at the heart of a historic district to which many people and buildings were rooted. It was salvageable, and the alternative unthinkably sad.

The patient has been secured, stabilized, and is responding well to early treatment. Recovery has benefitted from deep, cleansing breaths of fresh air. The Brick Block is healthier than it’s been in decades, is in great spirits, and is accepting visitors.

In the last year, historic-district street festivals and a weekly market have allowed the Brick Block’s Stone-Pillared Arcade to do exactly what it was designed to do—serve as the attractive center of a healthy economy on a welcoming Market Street.

Like old times, when dapper gents and ladies came and went from the in-demand retail and residential units of the Brick Block, a pleasant presence again exists on Market Street.

Returning the massive Brick Block to robust health will take more healing time, effort, and money. The prognosis, however, is excellent. With the building constantly improving and being put to therapeutic use, the Brick Block’s future looks to be vigorous and thriving. Plus, local, regional and on-line interest in the Brick Block’s rehabilitation remains many-thousands strong. In fact, potential future tenants have begun inquiring about units, which are not yet available.

True to the connection of healthy invisible roots, more than just the Brick Block has improved in the last few years. It’s been a long time since so many of our historic buildings have had such good stewards as they do now.

As just a few examples from some of the Brick Block’s closest neighbors: the Borough is sewing-up an impressive restoration of the Hyde-Murphy Community Center; the Water Authority sees to it that the old Bank Building stays in great shape; the corner, Howe Pharmaceutical Building houses tenants, upstairs and, downstairs, a new cafe opens in January; one door down, the Elks takes good care of their Hyde-Murphy Building, as does the Library its 1929 building and the current doctor the Deco Doctor’s office; also, the beautiful Masons’ Building, the 1915 Building across the street, and the GC Murphy Building have able new owners and happy commercial tenants. 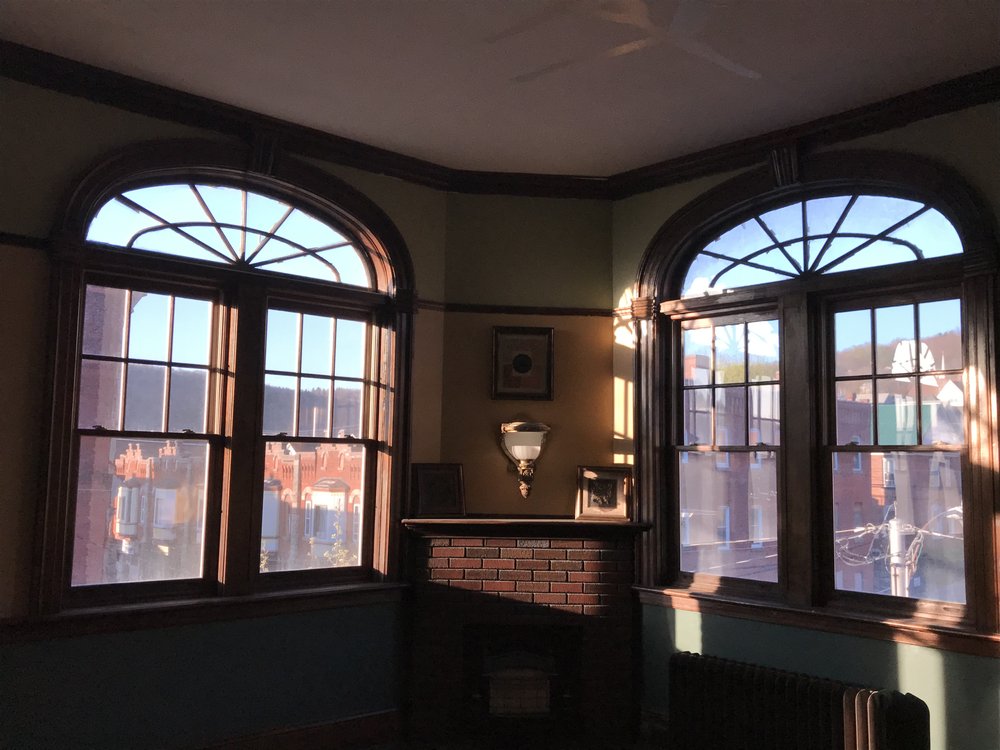 The heart of the borough’s historic district no longer seems dreary or hopeless; instead, like a number of our neighboring municipalities, this borough has turned around by preserving, improving, and wisely using its physical assets. Deserving vacant structures are being rehabilitated, squatters have been discouraged, new businesses have been moving in, new sidewalks poured, streets repaved, yards cleaned up, waterworks are being improved…. This revitalization benefits not only the borough and Elk County but also the Pennsylvania-Wilds and Lumber-Heritage Regions. Plus, the revitalization furthers state and federal goals to preserve “At-Risk” historic structures.

With a mission of revitalization, the non-profit Community Trust was founded decades ago by a wise group who listed blocks of this borough on the National Register of Historic Places. Over the years, the Trust has achieved important revitalization goals in partnership with: borough, county, and regional representatives; other historic building owners; funders; and volunteers. The lion’s share of credit goes to the many who’ve lent the hands, shoulders, services, great ideas, positive energy, and encouragement that have brought us to this heartening point of successful recovery, strengthened for the tasks ahead.

In January, a promising new board begins the work of a new year, including the next phase of the Trust’s 5-7 year, $3 Million, Brick-Block Rehabilitation Plan. The plan includes retail tenants in the 12, street-level, retail, units and Air-B&B-Type seasonal lodging in the 14 upper-level residential units. I’m confident that the Brick Block will fare well.

The end of 2021 marks the end of my term with the Community Trust. I’ve learned A LOT. I feel honored to have assisted the team tending to the health of our roots and strengthening them for a thriving future.

This worthy, historic borough no longer feels tired or expired—it seems kick-started and full of possibilities once more. It’s healthier than it’s been in decades. A budding economy is afoot and bursting with potential. And, a whole new generation is catching a good feeling for this place—a place so many loyal families, regardless of where they may roam, have called “home” for more than a century.

Bravo and Hearty Congratulations to all involved!

This post was originally published on the Johnsonburg Community Trust’s blog.

The Mission of the Johnsonburg Community Trust is to promote, obtain and administer revitalization projects for the Borough of Johnsonburg in order to attract new retail businesses and improve the business opportunities for existing retailers, in a way that:

1. Creates an appealing shopping environment by enhancing our existing building structures and architecture designs.
2. Utilizes and takes advantage of our regions rich natural resources and history to promote tourism and related businesses.
3. Includes ideas and input from all sectors of our population, both business and residential.
4. Improves the quality of life for all residents of the Borough of Johnsonburg. 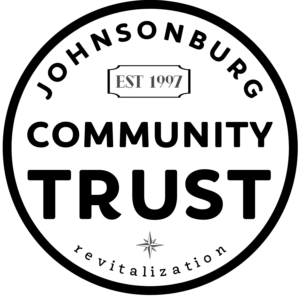 Learn more about the Johnsonburg Community Trust on their website

Megan Schreiber-Carter is a third-generation native of a mountainous, old, borough, in Elk County, in the heart of the PA Wilds.  She’s a career writer.  For decades, she lived and worked along the Potomac River, in D.C..  These days, she finds truer inspiration in the forests of her “native altitude,” in the place her family’s called “home” for more than 100 years.  She continues her career remotely.  Practiced at crafting stories, statements, and other messages, she provides award-winning, multi-media, creative content for clients, worldwide.  She values loved ones, a good story, mountain air, honest conversation, preserving historic structures, the woods, cooking time, clarity, natural remedies, and sitting by the fire.  Recently, she’s begun launching a creative, non-fiction series, called “Megan’s Mostly-True Stories,” as well as a Blog, at www.megansdesk.net. 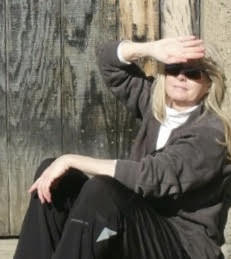 X Marks the Spot: 6 legends of treasure in the PA Wilds