So are you looking for a place to have a few drinks, maybe some locally-brewed beers? A place with some music? Oh, and maybe the ghost of an evil man killed over a century ago? Boy, have I got the spot for you.

Today, it’s a bar called the Cell Block in downtown Williamsport, on the south end of the Pine Creek Valley and the PA Grand Canyon Landscape. But back in the old days, it was the Lycoming County Prison, and it was where a cruel, evil man was hung for his crimes. 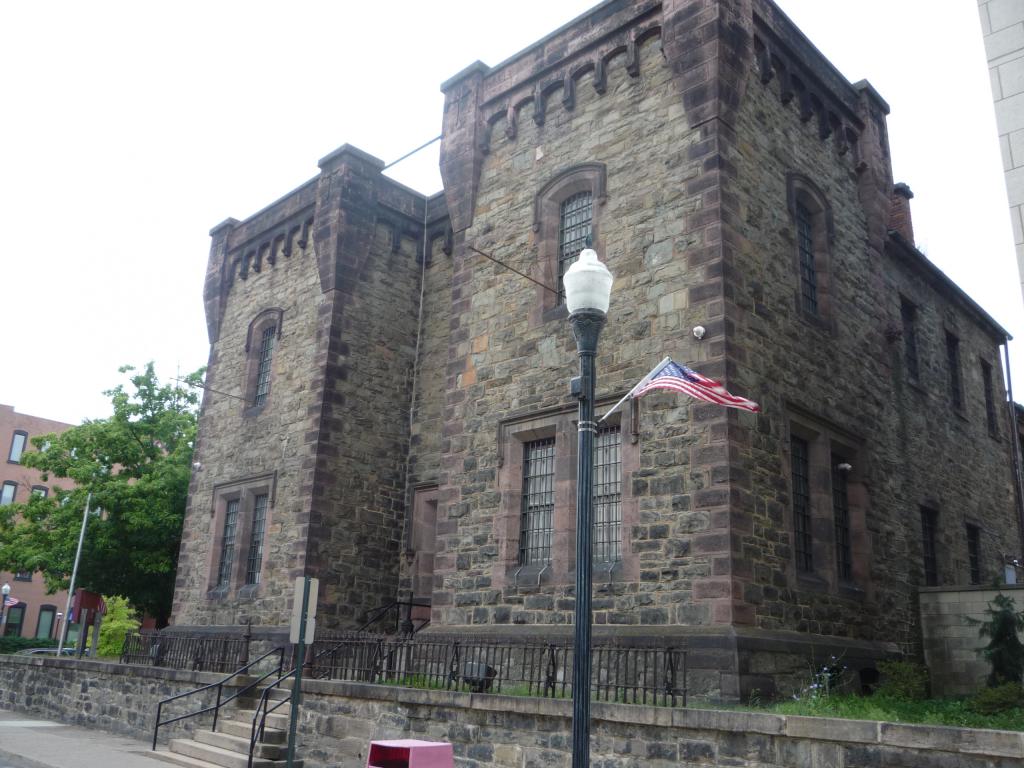 The story began on November 16, 1899. William Hummel was an uneducated man, and not a very nice one. The newspapers reported, “Bad from the beginning almost, he had not a speck of good in him.” He was married four times, and none of these marriages was what you’d call a raging success. His first wife disappeared under unexplained circumstances, and wives two and three he just deserted. And then he married Sarah Delaney, a young widow with three children.

One week later, he killed them.

When people began to realize that they hadn’t seen Sarah and her children for a while, they organized a search party. They found the bodies of Sarah and the two older children buried underneath the haystack of neighboring farmer, Joseph Moon. They’d been murdered with an axe.

Hummel was arrested almost immediately. The police reasonably didn’t see much point in investigating other possibilities. He was locked up in the jail on Third Street in Williamsport and placed on trial.

Sarah and her children were buried in the Christ Lutheran Cemetery in Lycoming County, except for the baby, which hadn’t been found yet. Meanwhile, by January of 1900, Hummel began to converse with Sheriff Gamble as he sat in his cell at the jail.

He asked Gamble if he believed ghosts existed, claiming to have been visited by one. The ghost of his murdered wife, specifically. Hummel said, “Mrs. Hummel came to my cell the other night and told me she wanted me to write a letter for her.”

Unable to write, he dictated the letter to Gamble. It became known as the “Spirit Letter.” It was not exactly shocking that the letter immediately stated that Hummel wasn’t the killer, blaming the murder instead on a man named Smith from Hazleton. In a long, rambling note, the letter detailed the crime, including how Smith had purchased a hatchet from a hardware store on November 18th. No explanation was ever given as to why the murder weapon was purchased two days after the actual crime was committed. William Hummel was nobody’s idea of a laser surgeon.

As proof of all this, Hummel dictated the location of the baby’s body, something only the killer would know. The letter said, “You will find the baby in Hummel’s barn six feet from the southeast door.” Obviously, that proved that the letter was real, because only the actual killer would know that. (See “laser surgeon” above.)

Sheriff Gamble called in the district attorney and a deputy sheriff. They traveled back to the Hummel farm, and working by lantern light, they dug up the floor of the barn by 3 AM. They found the body of the baby, also murdered with an axe.

It was the final piece to the puzzle, the last step in the already-assured conviction of William Hummel.

He went to trial on March 8, 1900. The trial lasted five days, and the Spirit Letter was called into evidence. It took less than two hours of deliberation for the jury to find Hummel guilty and sentence him to death by hanging.

Hummel was hanged in the courtyard of the old jail, in front of hundreds of people who gathered to watch, on June 8, 1900. His body was buried in the cornfield of Joseph Moon, as nobody volunteered to handle the arrangements.

Some say he’s still at the jail.

People inside have heard disembodied voices, random footsteps. There have been reports of things moving on their own. A few years ago, an amateur ghost-hunting team did an investigation inside. During an EVP session, they asked if Hummel was buried under the floorboards, and they got a recording of a whispery voice saying “No.” (Note: If your ghost has done better historical research than you, you need to work on that.)

Hummel may still be inside the jail, lurking forever. An evil man who not only paid for his crimes in death, but in the afterlife, as well.